Last week, a woman took to social media to share a “scary” remark made by one of her male coworkers in response to the ongoing Gabby Petito case. The video has quickly racked up more than 600,000 views, and her coworker’s comment has upset a lot of women.

However, the comment is not the first, nor is it the latest, insensitive remark made regarding the case.

In a video titled, this is scary, TikToker thearykahb shared an alleged comment made by a male coworker upon hearing of Petito’s disappearance.

“The guy in my office kept saying, ‘he prolly [sic] got tired of her s**t and dumped her on the side of the road’ in response to a girl going missing and her bf [boyfriend] being the main suspect,” the video’s captions read.

Naturally, the comment upset many women, who shared that they, too, had heard similar statements from men in their communities.

“I keep hearing this from guys, it’s honestly scary how okay they are with that,” said commenter Vanessa.

TikToker Clean queen added: “Nah cuz my dude friends [sic] first reaction when I told him about gabby missing was ‘he prob killed her cuz [sic] she was annoying him.'” She punctuated her comment with two red flag emojis.

Others expressed that the coworker’s remark was reflective of his own “cruel” character.

“No because a genuine [sic] GOOD person wouldn’t leave a woman by herself in the middle of f**king nowhere,” added Misa. “That is cruel. He knew what he was doing.”

“I would suggest talking to HR honestly because when men feel comfortable to speak violently, that’s a red flag,” suggested Whitney.

Sadly, this isn’t the only insensitive comment about the case that has caused viral upset this week.

Newsweek previously reported that a Fox News reporter, Raymond Arroyo, was slammed for calling the Petito case a “huge distraction” from other political events.

During a live broadcast, Arroyo said: “…Need to take a step back on this, with all that’s happening in the world, what’s happening on our southern border and abroad and at home. I think this, the entire story is a huge distraction, forgive me.

“This is like a lifetime movie, an ongoing mini-series for America. But I think it’s basically a local story, it’s a missing person. God bless her and this family I hope they get to the bottom of it, but I do worry we’re spending way too much time on this case, like Natalee Holloway,” he concluded.

The broadcast was recorded and shared to TikTok by Morgan S’More, who added: “What this reporter says about the Gabby Petito case. How rude!!! What happened to Natalee Holloway and Gabby is terrible how can he say that. How insensitive?????”

Of course, interest in the case does not exist in a vacuum.

Bodycam footage and a recently-released 911 call prove that Petito’s relationship with Brian Laundrie had become physically and emotionally abusive. Some women have expressed that their obsession with and strong emotional response to the Petito case is grounded in the very real fact that they and many others have been involved in abusive relationships.

“The Gabby Petito case has disturbed so many young women because it’s a reminder that outside perception of a relationship means nothing—and that makes getting out of an abusive one so much harder,” tweeted writer Alana Levinson.

“For those wanting to understand why a lot of women are obsessing over the Gabby Petito case, here’s something you should understand,” said Chels in the first tweet of a now-viral Twitter thread.

“Women spend their lives checking behind them when they walk down the street. Holding their keys between their fingers [in the] parking lot. Moving seats on a bus and texting a friend,” she continued. “And then they get home and climb into bed with the person statistically most likely to murder them.”

Insider reporter Kat Tenbarge said: “Many women are drawn to this case because of their own experiences with abusive partners. We lose so many women to intimate partner violence. It takes a victim 7 tries on average to leave their abuser.”

To learn that Petito’s partner likely abused her is both frightening and familiar for many, and to see this not being taken seriously by multiple people is upsetting.

As of the writing of this article, North Port Police are using drones in an attempt to locate Laundrie in Carlton Reserve, where he is believed to be hiding. For more live updates from Newsweek, click here 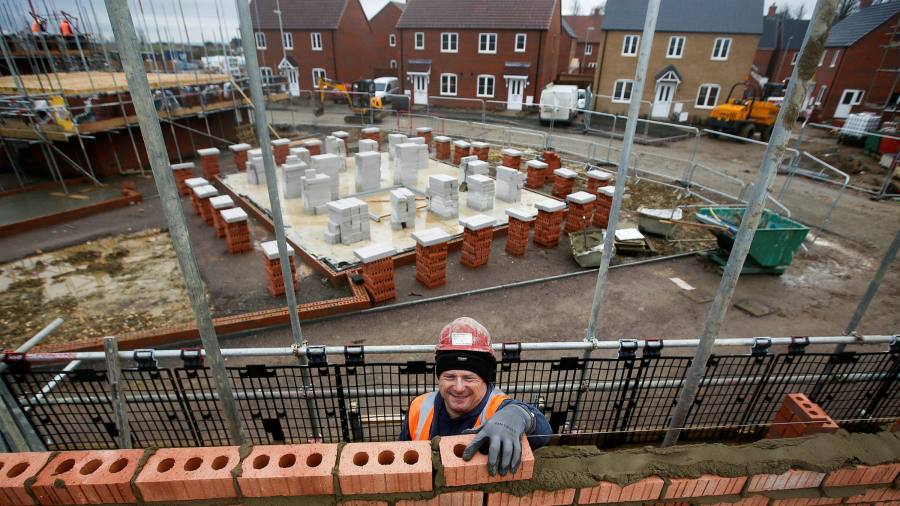 Budget housing package criticised as ‘vague’ and underwhelming
10 seconds ago