Option A: Fire the four crap counties from Leinster and Ulster into Munster and Connacht. Nobody gives a damn about Fermanagh or Antrim or Carlow or Westmeath anyway. Each artificial province of eight teams will then have two groups of four for a round-robin phase.

nder this option, if Antrim were bottom seeds in Ulster, they would end up in Connacht playing Mayo, Roscommon and Leitrim, meaning Antrim Gaels would have to travel a minimum of a 300-mile round trip for the away games. Such casual, gross disrespect.

The winner of each group will get a place in the provincial final. The second and third-placed teams will progress to Round 1 of the All-Ireland series. The fourth team in each group will be relegated to the rebranded Tommy Murphy Cup. This would leave the bottom eight teams in a demoralising bargain-basement competition that, as ex-president Seán Kelly put it last week, is another “kick up the behind” to the weaker counties (Seán is too polite to say arse).

Apart from the fact that this option destroys the provincial championships (the jewel in Ulster’s crown), it affords zero respect for the smaller counties, who are an afterthought. It is degrading, disrespectful, elitist and does nothing to deal with the real problem.

The second option is a slightly better one; however, delegates at Special Congress should resist the temptation to go for it.

In option B, only the teams that finish top of Division 3 and 4 would gain entry to the Sam Maguire, or rather the preliminary round. The bottom 16 will go into in the Tailteann Cup, a terrible name that underlines second-class citizenship. In this option, the provincial championships will be retained but as a secondary standalone competition with no link to the All-Irelands. Without a competitive incentive, the Connacht Championship will become the FBD League, the Ulster Championship the McKenna Cup and so on.

Another massive issue that is not contained in Proposal B, and has not been even mentioned, is that there are no guarantees of respect for the new second tier. Without these, it will quickly become an anti-climax, another Tommy Murphy, in which case teams will quickly lose interest.

I’ll go to America for the summer instead. We’ll pull out, just like we did with the Tommy Murphy. When will the games be played? What are the perks? When will the final be played?

The Ulster Championship is the heart of our community up here. Our first desire is to be Ulster champions. Last year, Cavan won a heart-stopping final, breaking Donegal with a heroic and unforgettable onslaught. This year’s version was electrifying. Donegal beat Derry with a huge last-gasp point that hurtled over the black spot like death. Monaghan and Armagh was another classic. Monaghan cut them to pieces with a first-half masterclass in dummying and passing to the net. Just when we were on the verge of heading home, Armagh turned the game on its head and looked certain to win it before an extraordinary last five minutes from Monaghan.

Antrim had a very creditable performance against Armagh. Tyrone had a furious contest against Donegal, coming through only after Michael Murphy was sent off. Cavan gave Tyrone their fill of it, with Darren McCurry’s exhilarating display the difference.

Then, the Ulster final. What a game. Two skilled, hard, tactically flexible teams fighting to the end for a cause that’s hard to explain. An epic last quarter, where at times it was hard to look. The crowd gasping as Rory Beggan got caught coming out, then roaring when he recovered to make one of the most amazing tackles ever seen in Croke Park, saving a certain Tyrone goal. The finale? Monaghan laying siege to the Tyrone goal and botching a cluster of great chances to win it. The whistle. Monaghan on their knees. Tyrone jubilant. And we want to get rid of this?

With Tyrone going on to win the All-Ireland, Derry, Donegal, Armagh, Monaghan are thinking, ‘We can beat them next year’. In Ulster, there is a tremendous pride and sense of place. I am not a Tyrone man, but I felt proud as an Ulster man to see them playing in Croke Park with honour and courage.

It remains a mystery to me why the Seán Kelly/Jim McGuinness championship proposal continues to be ignored. It is also a mystery to Seán, as he tweeted last week. Proposals A and B are the Father Ted and Dougal entries in Eurosong. The ex-president’s proposal, like Fr Dick Byrne’s song, is “clearly miles better.” I believe that with some small but important tweaks designed to ensure that the GAA communities and players in the lower tier are respected, it represents the best possible option.

It is a plan that touches every base and one that will create a vibrant two-tier championship. Three tiers is the ideal, but at this moment, it is culturally too radical for us. If we were starting from scratch, then we would have three, like the ladies, which works brilliantly and has supercharged their game. While their structures bring everyone along, the options under consideration at Congress will continue to leave most counties behind.

The GAA needs to be radical, and this is the time to do it. Everyone accepts that the current system is wholly dysfunctional, with the horrific humiliation of Leitrim and its good people against Mayo leaving us ashamed and embarrassed at what is happening in our name. Any serious proposal must concentrate on the core principle of respect for every county, allowing their players and communities to feel that they are a valuable and cherished part of the football championship.

I believe the plan I have outlined below achieves this. It links the league, provincial championships, and All-Ireland series, incentivises every game, and establishes a serious second-tier All-Ireland.

The final four places in the top 16 would be reserved for the provincial championship winners. If the provincial winners are already seeded in the top 11 due to league position, then the top 15 league teams plus the previous year’s Páidí Ó Sé winners would make up the 16 teams in the race for Sam.

The provincial championships would be standalone knockout tournaments run off quickly, just as they have been in 2020 and 2021. At their conclusion, the two groups of 16 would be settled and the All-Ireland series would begin. This would be knockout, starting with the last-16 round. Seed 1 would play seed 16. Seed 2 against seed 15 and so on.

My proposal is that for this round, the lower seed gets home venue. Let’s say for example that Armagh make it in at number 16. If Dublin were number 1 seed, they would travel to the cauldron of the Athletic Grounds. If Derry had the 15th spot, they would face number two seed Kerry. These would be enormously popular events. Town packed. Carnival atmosphere. Crucially, the county would feel that it is finally being shown respect. The 16th seed or the 15th seed might be beaten, but what a prize to fight for and what an occasion to savour.

The same would apply to the Páidí Ó Sé Cup. The key is to show each county respect, regardless of size or reputation, which is what the GAA is supposed to do anyway.

From the quarter-final stage on, the Páidí ó Sé games would be curtain-raisers to the Sam Maguire games, ensuring big crowds. Kerry v Donegal would be preceded by Leitrim against Longford. Armagh v Roscommon preceded by Antrim v Westmeath. The semi-finals would be double-headers at Croke Park on a Saturday and Sunday. The finals would be accorded equal respect, played one after the other in Croke Park. In my proposal, the Páidí ó Sé would be played first. The pre-match parade, then the anthem by the Artane Band with a packed Croke Park singing along. Then, the Sam Maguire. The Páidí ó Sé would have exactly the same perks, same ticket allocation etc. The prize for the winners would not only be the trophy, the team holiday and a guaranteed place in the following year’s Sam Maguire. There would also be All-Stars for each tier.

The league would become ultra-competitive, with the option of drifting through it gone, since you could drop out of the top tier, or make it into the top tier for the All-Ireland series and/or the lower your position, the more difficult your opponent in the first knockout game. If you could make it halfway up the seeding, your round of 16 game would be against a team next to you in the league. If Leitrim can get a crack at Fermanagh at home in the first round of 16 or Antrim can get Cork, this is a serious incentive to put in the hard work. The prize of an All-Ireland final in front of 82,000 people, on live telly, for the Páidí Ó Sé finalists is enough to set any young man’s pulse racing.

Proposal A is much worse than what we have now, expelling four weaker teams to other provinces against their will, where they will still be cannon fodder, and creating another eight-team (if no one pulls out) Tommy Murphy Cup that no one will want to play in or watch.

The problem with the second proposal is that the provincial championship becomes irrelevant, and the second tier will quickly become an anti-climax unless it is treated with the same importance as the Sam Maguire.

The Kelly plan above covers all the bases. Players will be excited. It will be genuinely competitive. Every game is incentivised. The crucial part is that every county is shown equal respect, down to the finals being played at Croke Park on the same day and the people of those counties getting the same ticket allocation.

The real problem with the current system is the terrible lack of respect shown to the majority of GAA folk. Neither of these options solves this. Vote both down. Start again. We have waited 130 years. We can wait for another couple. 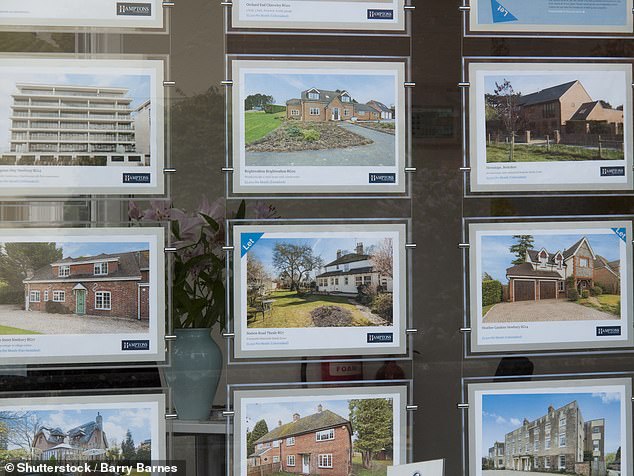 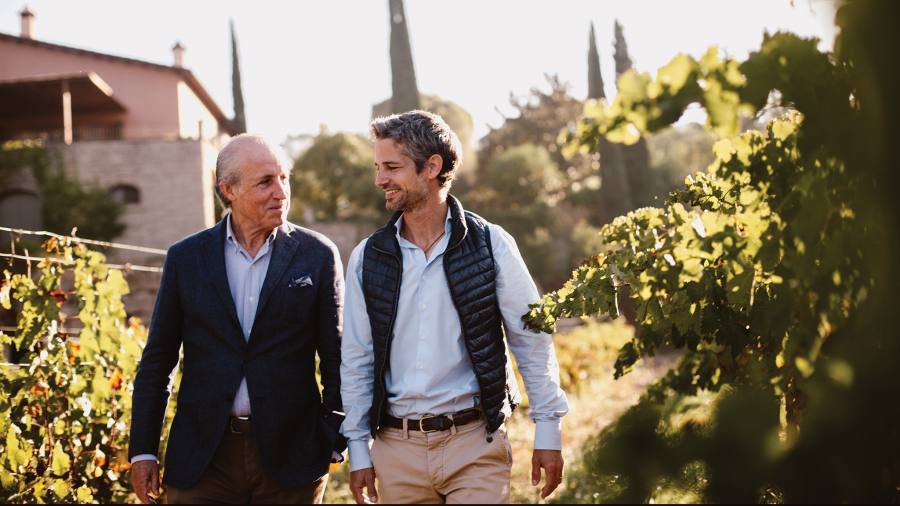