It’s only eight years since Clare legend Ger Loughnane famously claimed that the Offaly senior hurlers were “the only team in the modern era where you still see players with fat legs, bellies and a***s”.

oughnane’s take on the photos from the Limerick dressing-room following their epic Munster final victory over his native Banner would surely be similarly thought-provoking as the curtain was peeled back for a rare glimpse at our hurling superstars in all their glory.

It’s unsure whether Seán Finn is a wrestling fan but there was definitely an air of John Cena to him, full-back colleague Mike Casey also looked like he had been sculpted from granite, while goalkeeper Nickie Quaid bore an impressive six-pack, not typical of a netminder from yesteryear.

It was a perfect snapshot of the distance which hurling has physically travelled since the turn of the Millennium.

Letting the ball do the work was once a commonly used hurling mantra, but the players do all the work now and the game has changed.

GPS units are widely used to collect individual data – on total distance covered, maximum speed and high speed running distance (among other things) – as players strut their stuff in tight-fit jerseys which help to accentuate their sculpted physiques.

Renowned athletics coach Jim Kilty has been involved with various hurling teams down through the years – including successful stints with Tipperary (2001 All-Ireland winners) and Wexford (2004 Leinster champions) – and the level of modern-day physical fitness blows his mind.

“If most inter-county hurlers hit you now, they’d put you through the fence,” Kilty says. “I remember doing some sessions with Offaly and I got friendly with Ger Oakley. He was some specimen of a man, but they’re all Ger Oakleys now and even bigger.”

There is so much more science to the game now and along with well-known performance analyst Damien Young, Kilty broke down the various physical demands for each position and the difference in the amount of runs made in various positions.

Every role is specific and has different physical requirements while Kilty breaks strength and conditioning down into five pillars: skill, stamina, strength, speed and suppleness.

Mistakes were commonly made in the past by placing too much emphasis on stamina, but skill is paramount to play hurling and Kilty doesn’t ever see that changing.

“In hurling, the most important thing is skill. If a fella can’t catch a ball, strike a ball, put it over the bar, pass it to a team-mate, he can run a marathon or a 100 metres and it’s no good to him if he can’t handle the ball,” the fresh-faced 78-year-old says.

“But you’re not fit for hurling because it’s a speed game and unless strength and conditioning is there to support, develop and elevate skill, then it’s not worthwhile.”

Kilty always builds speed into every training session, no matter the time of year, and while there was a stage when weights stopped come summer, inter-county teams, and many elite club sides, are lifting from the start of the season to its conclusion.

It’s only through sheer dedication to one’s craft and ticking every box in terms of preparation that Eoin Cadogan reckons it’s possible for Limerick to have immaculately conditioned themselves as they have.

The former Cork dual star, who works in strength and conditioning and personal training, insists that such results can only be achieved in an environment where growth and development are always encouraged.

“A lot of people have asked me, how do you look like that? How do you get like that?” Cadogan says. “That’s not just lifting weights or running around the pitch, that is culture, environment, it is everything about high performance.

“You don’t look like that just ticking one box, that’s eight or 10 pillars in terms of maximising your physical and your mental best self and that’s what that photo reflected to me, not what a fella can bench press.

“Not how much they’re average numbers look like because they can go out and deliver the skills of the game, they can run as fast as anyone, they can deliver in terms of their hurling capabilities and their hurling brains. So that’s just one small percentage poured into one body.

“They’re obviously in incredible shape but it’s a better reflection of the standards that they bear as individuals and that’s what that photo reflected to me.”

Cadogan, who retired after last year’s All-Ireland SHC final defeat to Limerick, was no slouch himself with his ripped physique widely shared online after an Irish gym session prior to the 2017 International Rules Series in Australia. Those results don’t simply happen by accident.

“I used to come home from work early, sleep for 40 minutes, eat and be at training at five o’clock for a seven o’clock start. That’s not just happening in Limerick, there’s players in every county, maybe not getting the same acknowledgment, but still doing it.

“It’s probably just being highlighted a bit more because they’re successful but that’s where inter-county is gone like. It’s obviously a results business, but if you’re not ticking all of the boxes all of the time off the pitch then you’re wasting your time really.”

Casey, small in height for a full-back but built like a tank, insists that the game “has gone to a whole new level with no team letting up, even in extra-time” and it’s his green army that have helped to propel it there under expert guidance.

Joe O’Connor was strength and conditioning coach when the 45-year All-Ireland drought ended in 2018, Mikey Kiely took over to bring back-to-back titles in 2020-’21 while Cairbre Ó Cairealláin, who helped Tipperary to Liam MacCarthy success in 2019, is the man leading their physical charge this year.

The masters may change, but their hunger and thirst for competition both in and out of the gym knows no bounds with no repetitions skipped.

“We love the gym in Limerick,” Casey admits. “We’re as competitive there as anywhere. It’s such a fundamental to it. If you’re progressing there, it is definitely going to help you on the field.

“Yes, it’s not the be all and end all of it. You still have to put the ball over the bar.

“Your bicep curls aren’t going to do that for you. But we’re really really competitive in there, and everyone takes massive pride in it. And it’s definitely something that if you are slacking, lads are going to let you know.

“A lot of lads have really bought in. The young fellas that come in now are just as strong as lads that are in there for the last five, six years.

“It’s a testament to the Academy and what they’re doing in Limerick that these guys are well able to hit the ground running straight away.”

Casey describes the towering Colin Coughlan as “a bit of a freak of nature” while his former team-mate Tom Condon insists that Finn “just has the genes” and that “Seánie could eat McDonald’s five times a week and still look the same”.

Condon rightly dubs Finn “an absolute animal compared to the old style corner-backs” while he always marvelled at the “absolute monsters” which the Academy produced with the likes Gearóid Hegarty and Kyle Hayes their star pupils.

Condon is “lucky I missed that photo and I don’t think they’d have been going up on social media if a few of the older boys were there” with weights only “properly introduced” into his own career when Donal O’Grady brought Jerry Wallace on board for the 2011 season.

He recalls several squad members being “unable to bench 50kg” whereas most of the current crop would lift double that in their sleep.

“It’s just phenomenal the way it’s taken off,” Condon says. “This group of lads, they’ve had the training put in place since they were 15 or 16 so these lads have been conditioning themselves from a young age so they’ve grown up with this mentality.

“They’re just absolute monsters. They’re like professionals and it’s just their attitude, these fellas love going to the gym and they love lifting. They’ll be given gym programmes for two or three times a week and they could be in there four or five times.

“That’s just the mentality. They knew that it would stand to them on the hurling field. Every year that these lads are there, they’re only topping up on the previous year. They’re gaining muscle every year and that’s why they’ve gotten to this level.

“They’ve set the bench mark for other counties to reach, the pace and intensity has gone to such a high level that you need to be in this type of shape just to compete.”

The bench has been set by Limerick, and the bar is high, but whoever eventually takes them down is going to have to match it at the very least. 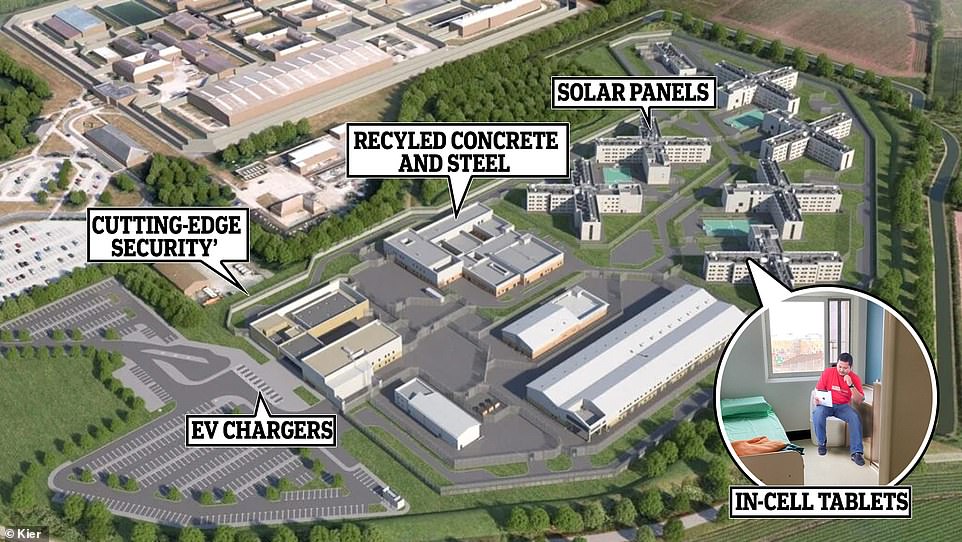 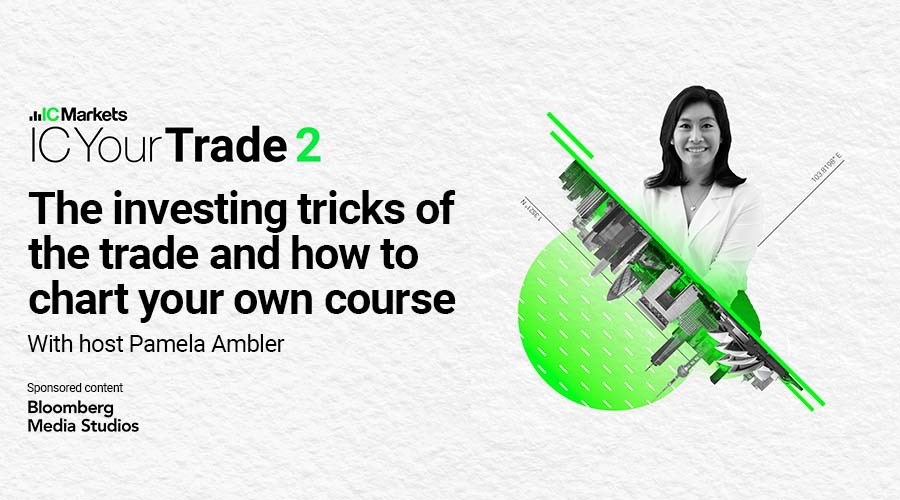 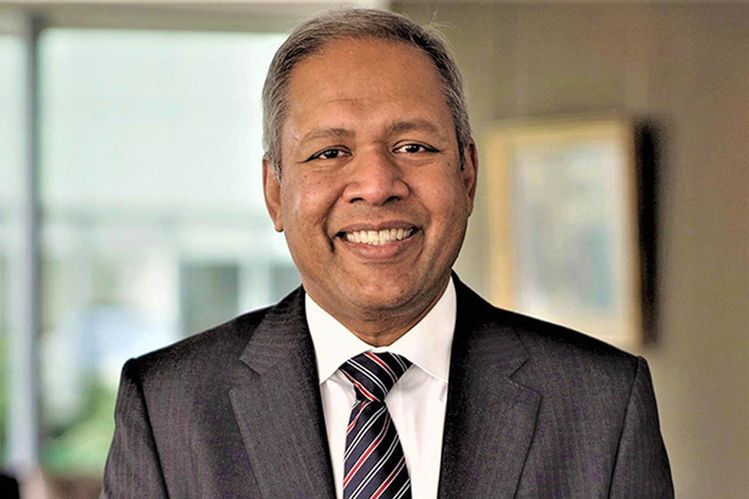 TSLA Potential for Bullish Rise| 16th August 2022 for NASDAQ:TSLA by FXCM
5 mins ago