The brinkmanship between the Democrats and Republicans over raising the debt ceiling may sound like the stuff of high politics. However, if it is not resolved, it could have a real impact on millions of Americans’ wallets, livelihoods and lives.

The cap on the amount of money the U.S. government can borrow to pay its debts is $28.4 trillion and Treasury Secretary Janet Yellen has warned of the consequences of the government going into default if lawmakers do not agree to extend that ceiling by October 18.

“It would be disastrous for the American economy, for global financial markets, and for millions of families and workers,” she told lawmakers in a hearing last month.

The GOP has said it would filibuster attempts to take up legislation to raise the debt ceiling until December 2022.

Senate Minority Leader Mitch McConnell says Democrats should force the debt ceiling measure through the budget reconciliation process, which does not need GOP support, although Senate Majority Leader Chuck Schumer has rejected this.

Amid the stalemate, the nonpartisan Committee for a Responsible Federal Budget (CRFB), as well as the White House and Treasury, have warned of dire consequences if the ceiling is not extended. Infrastructure projects, as well as programs like Social Security and salaries for federal workers, are all in the balance.

When contacted for comment, the CRFB referred Newsweek to an article published Wednesday by the White House Council of Economic Advisers (CEA) that warned “the basic functions of the federal government” such as maintaining national defense or preserving national parks, would be at risk.

Also in danger would be Social Security payments for 50 million retirees and six million who get survivors’ benefits.

Among households that receive Social Security benefits, those funds comprise more than half of household income on average, and “if we default, these Americans may not receive their Social Security payments on time, or even at all.”

“The public health system, which has enabled this country to react to a global pandemic, would be unable to adequately function,” it said.

Health coverage would also be adversely affected. With more than 60 million people on Medicare, 75 million enrolled in Medicaid, and seven million children covered through the Children’s Health Insurance Program (CHIP), a default could mean that “millions could find themselves without coverage,” the article said.

The non-profit Center on Budget and Policy Priorities (CBPP) said that a lengthy delay limiting the government’s ability to borrow money could mean that SNAP payments face severe reductions and delays, hurting those who are struggling to put food on the table,

Meanwhile, the downgrade of the country’s credit rating in the aftermath of a default would have a huge impact on the American consumer, who would have to deal with spiking interest rates and higher mortgage, car and credit card payments.

A bleak prediction by Moody’s Analytics last month said a default would mean a downturn “comparable to that suffered during the financial crisis.” 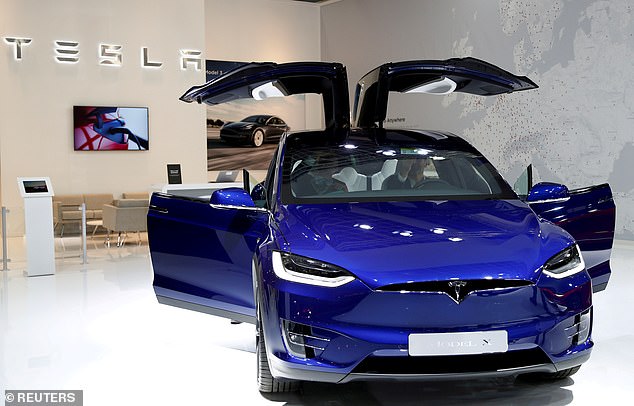 Tesla raises the starting price of all four of its vehicles by almost $5,000
6 mins ago