It was parents’ weekend at my daughter’s college, and we were treating her to dinner at an off-campus bistro. The waitress arrived, and she gave her order: “I’ll have the baked salmon with a side of sauteed spinach, please.”

I dropped my menu, my jaw and the mistaken notion that I knew what this kid had been up to since we’d dropped her off a couple of months ago. I had spent most of the past 18 years trying to nudge her – sometimes gently, sometimes with growing desperation º into eating something, anything, other than noodles with butter and salt, half a bagel with plain cream cheese or – her true love –Rold Gold Tiny Twist pretzels.

The idea of fish had always made her shudder. The mere mention of “green things” like spinach could lead to tears. So what was up with her dinner order tonight? She shrugged. “They serve salmon in the dining hall sometimes, and my friends all eat it. Everybody at school likes spinach, too.”

I feigned disinterest and changed the subject, but inside I was doing the parental equivalent of a victory dance. I had relinquished my title as mother of the world’s most adamant whiteatarian, all for the low, low cost of tuition at a liberal arts college that was 1,000 miles away from home.

Before I do any more gloating about the sight of my beloved progeny actually putting spinach in her mouth, let’s take a step back to those early years, when I was driven to frustration by a girl who refused anything that wasn’t white. What made her act that way, anyhow?

Well, mums and dads, you already know that children are annoying for lots of reasons, including a tendency toward tantrums, a love of pre-dawn wake-up times and, of course, picky eating. Would it help if I told you that their eating preferences are pretty much hard-wired into their sweet-smelling little noggins?

The National Institutes of Health says infants have an “innate preference for sweet and salty tastes and tend to reject sour and bitter tastes.”

And, guess what, it gets worse. “After the age of one, vegetables begin to taste very bitter to children,” Alisha Grogan, a paediatric occupational therapist who specialises in picky eating and sensory processing, tells HuffPost.

“When humans had to forage in the wild, children’s sensitive taste buds prevented them from eating anything poisonous.”

Some kids remain loyal passengers of the S.S. Sweet And Salty even as they get older, often to the exclusion of any food that might actually provide, you know, some nourishment. A range of different studies have reported that, by the time they reach age 3, between 6% and 50% of kids are described as picky eaters by their parents.

And if you think they’re doing this just to piss you off, you’re right, at least when it comes to the younger set. “Toddlerhood is when many kids start to exert their autonomy and push boundaries with parents,” paediatrician Dina Kulik tells HuffPost. Not only do they get to remind you who’s boss, they also literally make themselves happy with each bland, beige bite. “Simple sugars are easy to eat, they taste good and they provide a quick dopamine hit, much like other stimulating drugs,” she says.

Can your kid live on beige food alone?

Is a diet of pasta and bread sustainable for health? Kulik said there are concerns. “The risk of iron deficiency, especially, is high on a very starchy diet,” she says. Even though many manufactured grain-based products are supplemented, she said, kids following the whiteatarian plan are often low in iron, vitamin D, calcium and B12.

In the short term, anyway, the nutritional prognosis is not totally dire. One study said that, while picky eaters did tend to have lower levels of zinc and iron, their overall macronutrient intakes were not severely reduced. And many of us know at least one adult who still lives on a mostly white diet and seems to survive, if not thrive.

“Many kids can survive on white carbs alone, as long as they’re eating enough of them,” Grogan says. “Carbs often are fortified with all sorts of vitamins and nutrition. However, depending on how limited a child’s diet is, they could have some nutritional deficiencies.”

The only thing you have to fear

In the comedy special John Mulaney & the Sack Lunch Bunch, a boy named Orson Hong sings an ode in which he declares that “a plain plate of noodles with a little bit of butter is the only thing I’ll eat.” His heartfelt song is more a lament than an homage, and it’s clear that his character is anxious and fearful about ingesting anything but this classic whiteatarian meal.

Fear is a big part of what’s going on, said Amanda Smith, a programme director at Walden Behavioral Care, and it’s important for both kids and parents to acknowledge that. “Some kids might be afraid of different textures, or they might fear that a food will make them choke or vomit,” she tells HuffPost. “It can be overwhelming, scary and hard, so it’s important for parents to try to understand that.”

“Short-order cooking and pressuring a child to eat during meals can lengthen the time a child is selective about what colour foods they’ll eat.”

Keep in mind that once they’ve passed toddlerhood, this eating pattern is about them, not you. “If an older child is still eating only white foods, they aren’t trying to punish their parents or stress them out,” Grogan says. “Eating is hard for them. One way to help is to neutralise the topic, and to avoid labelling foods as good and bad or healthy and not healthy.”

Here’s what you can do

“I suggest not fighting or negotiating,” Kulik says. She suggested an attitude of: “Here’s the plate of food. If you want it, great.” Then, she advises, “If not, don’t start a battle. There is evidence kids need to try a food more than a dozen times to realise they like it. When you simply give in and offer the carbs, they don’t learn to try anything new, and the fear and pickiness persist.”

“Short-order cooking and pressuring a child to eat during meals can lengthen the time a child is selective about what colour foods they’ll eat,” Grogan adds.

In extreme cases, a child might have what’s known as Avoidant/Restrictive Food Intake Disorder or ARFID. The disorder, Kulik explains, is characterised by “very selective eating habits or disturbed feeding patterns.”

She cites estimates that anywhere between 5% and 14% of children in inpatient eating disorder programs, and up to 22% of children in outpatient programs, have the disorder. “It’s important to note that this is a true mental disorder, and the vast majority of kids who are whiteatarians don’t have it,” she says.

“If you have concerns, start with a visit to your child’s medical provider,” Smith suggests. “They’ll be able to assess any medical factors that could be playing a role, and they can check your child’s growth progress, weight and vital signs, and then run some lab work.”

You’ll also want to pay attention to patterns that develop at mealtimes. “If kids are having emotional tantrums or breakdowns over new foods being near them or on their plate, or if they’re gagging or throwing up when new or other-colored foods are near them, then it could be something more serious,” Grogan says.

“If your child is limiting intake to fewer than 20 foods, or you’re noticing physical symptoms relating to their diet, consulting with a health practitioner is advised,” says Sarah Appleford, a registered clinical nutritionist with an interest in children’s health, including fussy eating and gut issues.

“It’s more than just a phase if they’re refusing food at most meals, exhibiting anxiety or stress, have undeveloped eating skills or sensitivities based on texture, colour, appearance, noise or smell at the table and away from the table. Physical symptoms can include slow growth, fatigue, pallor of the skin or complaints of tummy pain or gastrointestinal upset such as constipation.”

Look to the rainbow

Along with every other awful thing, this issue is on the rise, according to the experts. “We’re seeing a growing number of kids with anxiety disorders, and extreme fussy eating behaviour is often a component,” Appleford says. But there is some good news, she adds: “Most children will naturally grow out of fussy eating as they gain more skills and confidence around food.”

“Parents can find it to be very stressful to have a child who only eats white foods, because it’s difficult to go to parties or even pack a lunch,” Grogan says. “But kids — even the pickiest — can learn to eat a variety of different coloured foods.”

In the meantime, listen to the experts and try to cut yourself (and your child) a little bit of slack. You might also want to start saving for that liberal arts college experience that will liberate their taste buds and turn them into rainbowtarians, just a few long years from now. 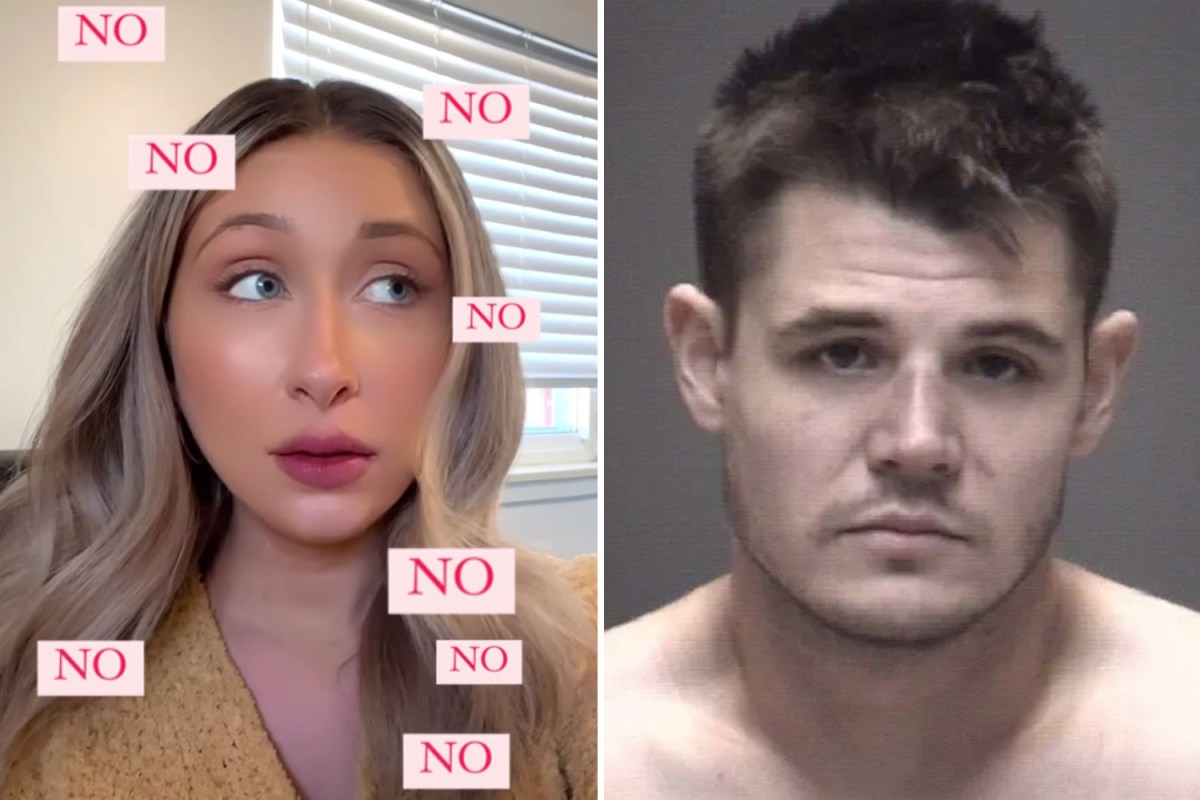