Diwali is one of the biggest celebrations of the year for Hindus, Sikhs and Jains.

Observed over a five-day period, the Festival of Lights involves different celebrations and traditions.

The peak of the festival falls on the third day and the date changes annually around the Hindu and lunar calendar. This year, the festival commences on Thursday, November 4.

Like any other special occasion, many transform their homes in an elaborate fashion.

This is everything you need to know about traditional Diwali decorations.

These are perhaps the most well-known symbol of Diwali.

Diyas are small clay oil lamps that are associated with light overcoming darkness.

They can often be seen lighting up homes and temples during the celebrations.

Similarly, it’s common to see candles burning as they can burn for longer and are often safer than oil lamps.

Paper lanterns are often hung outside homes during Diwali.

It can be a fun activity for the whole family to create these at home.

Some cities in India often celebrate by releasing flying lanterns into the sky to help let go of negative energy.

Of course, not everyone is always able to cover their entire homes with candles and diyas for the celebrations, and so string lights are an easy alternative.

They can often be safer too as they can be left on all night.

Some will create curtains out of their lights by taping a few strands above a window and letting them hang down.

A rangoli is a colorful design often seen on the floor intended to welcome people, both guests and the goddess Lakshmi, who is believed to pay people visits during Diwali, into a home.

They are typically made from dyed rice, sand, flour or flowers and are often designed by the women in a family.

These designs are passed down through generations.

They can come in all sorts of shapes and during Diwali typically include lit diyas.

Usually placed at the entrance of a home, Torans are decorative door hangings that again welcome both guests and the goddess Lakshmi.

Torans are often made using marigolds and mango leaves.

The leaves are thought to represent Lakshmi and ward off negativity.

In Hinduism marigolds are considered to be especially auspicious around new beginnings and important life milestones and are frequently used during religious celebrations like Diwali.

Marigolds aren’t just used in torans, they can also be used alone to create garlands which decorate the home.

The flowers are often used in offerings for Lakshmi and Ganesh. 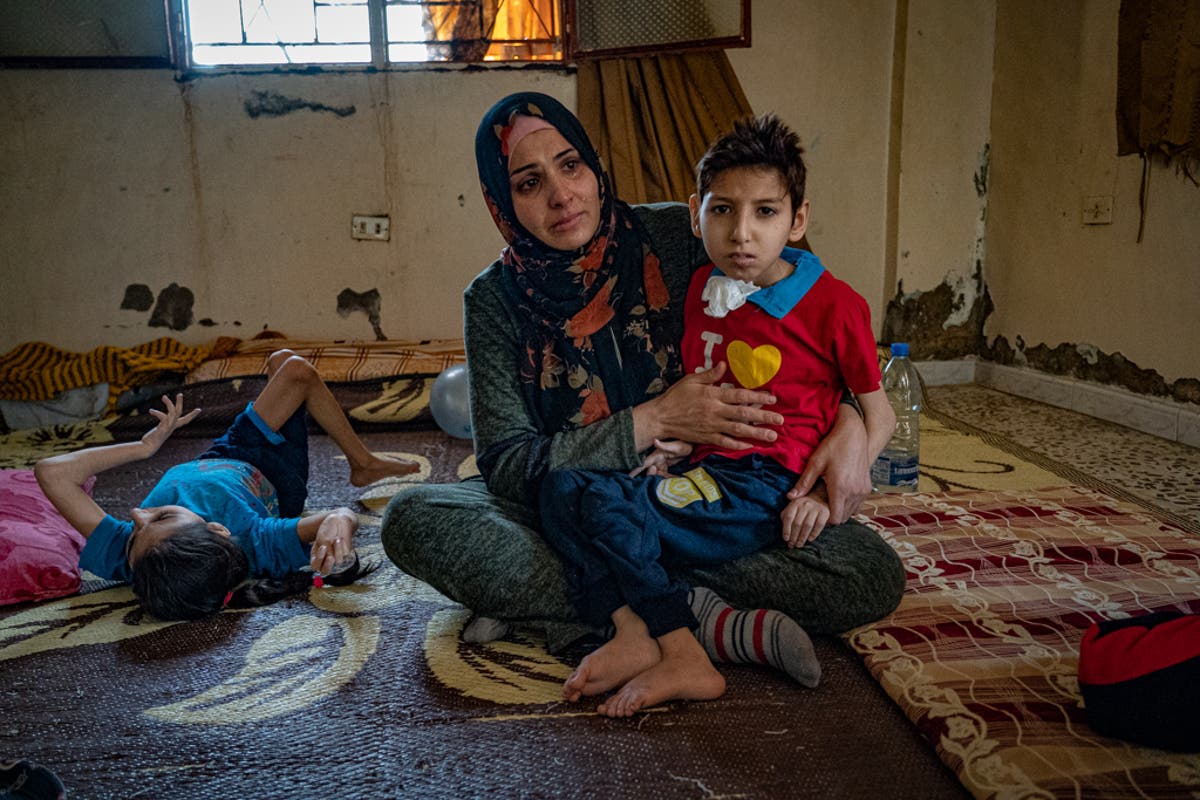 Britain promised to take in these Syrians. Instead, they’re scavenging to survive
2 mins ago