Rosie Kay Dance Company’s Romeo and Juliet isn’t the only reinvention of the classic plot this year, but described as the director’s ‘love letter’ to our city, the contemporary dance instead expresses a poignant message.

It’s been ‘years in the making with stops and starts’, but now in the ‘post days’ of Covid was allowed to make its world premiere at the Hippodrome last week.

Beyond the anticipated romance emerges an unexpected depth as violence flares between warring gangs – abbreviated to the M’s and C’s and set in summer 2021 in Birmingham.

Kay managed to shadow West Midlands Police neighbourhood teams in their work with youths to gain a deeper understanding of county lines and gang warfare on the front line in Birmingham – and it shows in the detail.

The nine-strong cast play the rivalling gangs, but are instead dressed in trainers, bomber jackets and leggings. No words are spoken, with bubbling tensions portrayed by impressive choreography switching from ballet and Indian classical to Tap and urban.

During an opening battle in the park, Romeo is initiated into the M’s with a series of knife cuts – initiation rites Kay says sadly do happen in the city after her work with the police.

The clashes become more authentic as we hear the ‘voice of West Midlands Police officers’ – recorded by city volunteers – readying themselves dispatch officers and back up to the scene.

Though the set is stripped-back (in fact is completely bare save for a change in the backdrop), such is the talent of the cast, you don’t miss the extras.

It is enchanting and spine-tingling as it follows the star-crossed lovers in their fateful journey through stunning contemporary dance, which, at times, becomes intimate.

Despite the modern attire, Subhash Viman Gorania as Romeo and Mayowa Ogunnaike as Juliet are convincing as the famous love-struck couple – and their casting feels particularly welcome, true to the multi-cultural roots of our city.

The pair connect with one another as chaos erupts at a ‘fine party’ held by the leader of the C’s. As their eyes lock, you feel the intense emotions, climaxing in the goosebump-inducing Love Duet scene that follows.

They try to fight away their emotions, destined to be apart amid the rivalry – but feel magnetised back together in the intense duet.

The performance is set to Birmingham-based composer Annie Mahtani’s soundtrack which seems a fitting blend of Berlioz’ classical ‘Roméo et Juliette’ score with an electro-acoustic composition.

Rumours spread amongst the gangs and as violence sparks again, one member from each gang are left dead on stage and Romeo must flee from the police.

The plot follows the Shakespearian sequence here, with Juliet taking a drug to make her appear dead in a bid to escape and be with her lover.

As the 75-minute performance (with no interval) comes to an end, the double tragedy we’ve been waiting for unfolds. Paris is knifed by Romeo and the heartbroken lover kills himself before Juliet can end her own life.

It’s a scene of modern mourning and shock as friends at the scene leave flowers and tributes to their loved ones – a setting all too familiar on the streets of Birmingham.

The ‘voices of Birmingham’ ring out in the aftermath: “This is what happens when young people are let down.

“Police need to fix the problem. It’s taken so many lives. We need to stop blaming everyone and figure out what needs to change.”

It’s a hard-hitting message to hear from a night at the theatre, but a thought-provoking one that has been echoed by many pushing for change as knife and gun crime continues to devastate the city.

More about the making of Romeo and Juliet

Director Rosie Kay made Birmingham her home in 2002 – just a year before the city was rocked by the murders of Letisha Shakespeare, 17, and Charlene Ellis, 18 – the innocent victims of a shooting involving rival gangs.

After the world premiere, she told BirminghamLive: “I was working in schools in Lozells, Handsworth and Sparkbrook. Immediately, I thought this city is amazing, but there is lots going on.

“I’m fascinated by the world we live in. It was trying to figure out this city and make it relevant. I have also found it a really inspiring place to live and make work. I do these kind of field research placements in order to understand it.

“The police were even harder to get into than the army. It took a long time but eventually Chief Constable Dave Thompson gave permission to go out with neighbourhood teams.

“I was trying to see what they see. Particularly I got time on the frontline with families and children in that moment of crisis.

“There was a young boy ,12, who they just knew was at risk. He was found in Aberdeen twice. Clearly county lines.

“His mother didn’t want to speak to the police at first. They didn’t know who I was sometimes the parents would turn to me and tell me what was going on.

“This little boy started getting sweets and ice cream from the gang at aged six.

“Another young guy he was 15 had been stabbed. He recovered, and the day after he was found back where he was stabbed.

“The mother again said this is really weird, because two years ago he came home and I found cuts in his shoes and blazer, and it’s like initiation rights. Kids are stabbing each other.”

The production will be part of Birmingham Royal Ballet’s Carlos Curates Romeo & Juliet Reimagined in October, details and tickets can be found here. 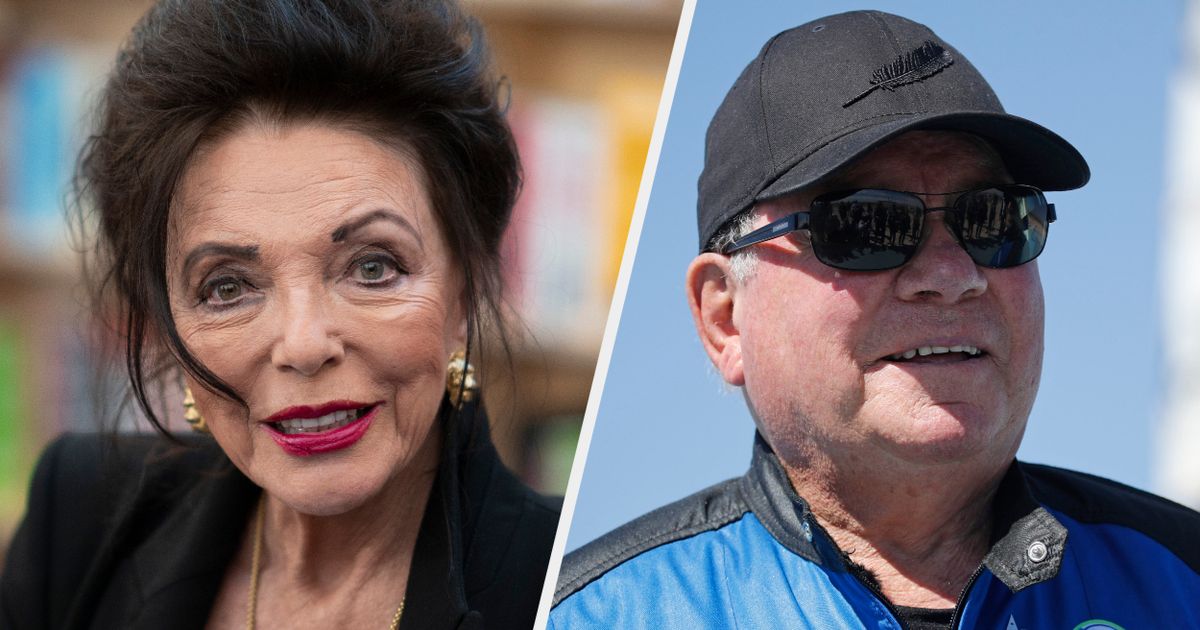 ‘What A Fool’: Joan Collins Blasts William Shatner’s Trip Into Space
2 mins ago 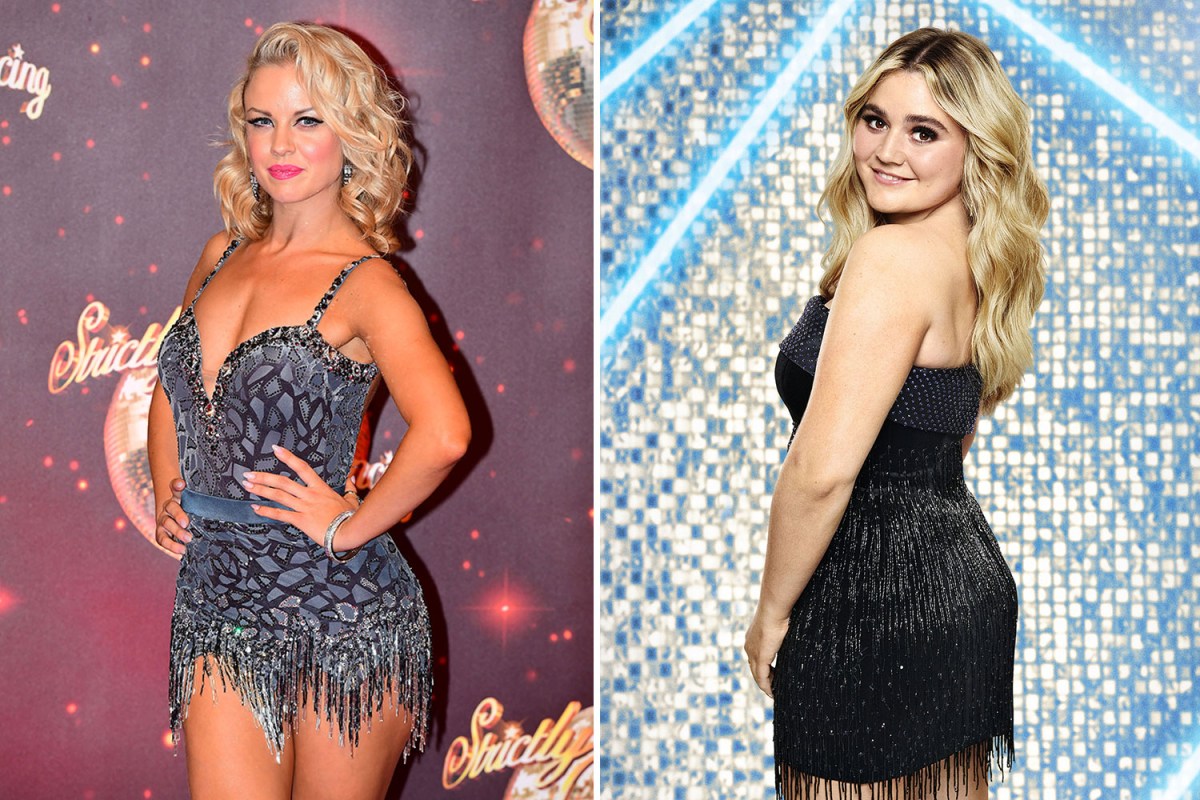