A brave mum-of-three has told of how she was forced to flee her hometown with her children after being kicked, pushed and controlled by her abusive boyfriend.

The mum broke her silence on the horrifying ordeal she endured after she escaped her ex-partner Aaron Sheppard and left her home behind for the safety of a Woman’s Aid refuge.

The 25-year-old from Birmingham recalled how her former lover, who is now behind bars for coercive controlling behaviour and several assaults, would reportedly ‘throw cold water over her or call her a fat, lazy b****’ if things were not done to the standard that he wanted them.

The 23-year-old was sentenced to a total of three years and eight months at Birmingham Crown Court on July 27, but as he has already served time on remand, he will be eligible for parole in October, 2021.

“For me, justice didn’t get done because what he did was so horrific. He didn’t get the justice he deserved,” she said as she spoke out to warn other women.

“Domestic violence isn’t spoken about the way it should be. If that was a stranger who assaulted me, it would be treated a lot more seriously.”

The mum says she met Sheppard in December 2017 when she was just 21 and were dating only days after her dad died, leaving her “pretty vulnerable”.

She says she was swept off her feet by a man who was ‘overly nice’ and seemed to take an interest in what she was doing and who she was with.

“I was a single mum to two other children, I didn’t have a big support network around me,” she explained.

“He was very, very overly nice. Because I was single for a long time, I thought ‘he really loves me’.

“He wanted to know where I was, who I was with, but he worded it in a nice way, asking to pick me up and I thought he wanted to be friends with my friends.”

But by February he had moved into her home, her relationship with friends had broken down and he had ‘gone through her messages’ before allegedly slapping her.

She continued: “I was going through the grief, my friends were telling me he was controlling, they could see it really early on. I was just too wrapped up in it to see.

“In February, I’ve gone out the room doing mum stuff, he’s gone on my phone and saw the messages about childcare to my ex-partner, he stood up and he slapped me round the face.

“He threatened to leave me. At this point it was a bit too far gone, he lived with me. He was emotionally abusive, telling me I was a s***, I shouldn’t be texting my ex – all the classics.

“I realised he had problems, but because of how manipulative he was, he broke down and cried after he attacked me. I took the blame and said: ‘Sorry I’ll do better'”.

Their relationship “got back to normal” after the incident, but months later she became pregnant and claims the ‘violence then escalated’.

“He used to open bottles of cold, freezing water and throw it all over me. It was like torture,” she claimed.

“He would buy them and put them in the fridge just to pour them on top of my head, he would humiliate me and tell me: ‘This is what happens when you question me’.

“He expected me to cook fresh food for him every day because he hated processed food, he expected me to clean the house and have it spotless, if anything was out of place he would accuse me of cheating.

When she was 19 weeks pregnant, she claims Sheppard dragged her out of bed, pushed her and threatened her with a shard of broken mirror.

“He didn’t like a conversation that took place when we were out,” she explained.

“We returned back to my house. He dragged me out of bed by my hair, pushed me and picked up a big piece of glass from a mirror that had broken and was waiting to be thrown out – and threatened to stab me with it.

A couple of days later, she says she visited the hospital with concerns as there was reduced movement of the baby. Medics then began monitoring the mum and her little one.

“One of the nurses asked: ‘Is this domestic violence? You’re always very sad, you always have your other children with you, your partner is never here.’ I told the hospital I fell down the stairs,” she said.

“Because he knew they were monitoring me, he couldn’t physically harm me so he would throw cold water over me,” she claimed, adding that this formed part of his coercive and controlling behaviour conviction.

“Sometimes my daughters would say to him ‘please don’t hurt mummy’ other times they would wait for him to go and comfort me and say, ‘It’s OK mummy’.

“I would have to lie and tell them that we were ‘playing games’.

“He had it in my head that I was an unfit mother. He called me fat that much I looked at myself, I couldn’t eat, I couldn’t sleep. I was making myself sick during pregnancy.”

As she neared the end of her pregnancy, she says she had to be induced and gave birth early as the baby wasn’t moving, but fortunately he was unharmed.

She added: “I had suicidal thoughts. I thought: ‘How am I going to have a baby with someone who treats me like this?’

“I felt like I was worthless. I felt like my children were better off without me. I just can’t believe I wanted to kill myself and leave my children, it’s disgusting.”

Eight weeks after she gave birth, she says her anxiety worsened and she was attacked again during their first family holiday to Butlins in Skegness.

“In April 2019, we’ve had a disagreement because he’s calling me a fat s*** and getting very jealous and possessive,” she claimed.

“We’ve gone back to the apartment, the baby is with me on the bed, he’s got two bottles of cold water and poured it all over me.

“I was soaking wet, I was humiliated, crying, I’d just had a new born baby. He threw me on the floor and punched me on the side of my head.

“My daughter opened the door and asked: ‘Mummy are you OK?’ And I was just crying a cry like, I don’t want to live anymore. Every assault was getting worse by this point.

“But I had no access to money as he made sure I put my money in his account so I couldn’t do anything without his permission.”

In October 2019, she tried to leave Sheppard after an argument but says she was pushed down the stairs and kicked in the face in an assault he later admitted to court.

“I told him I was leaving him, the minute I said that he jumped out of bed and I got half way down the stairs before he pushed me,” she recalled.

“I fell back, he came running down the stairs, I was lying on my back, I thought I was going to die. He kicked me in my face and popped my lip, next thing I know he’s kicked me, popped my nose.

“He’s got a broom and in anger he’s snapped this broom. I said my son’s name, that’s all I could say.

She continued: “Every one to two minutes he would take a breather to make himself angry again to attack me.

“He’s dragged me through to the kitchen, he’s just attacking me with his fists, whatever.

“I saw his car keys and I’ve ran with them, this is maybe 4am. I rang the police and it was raining, I’m begging the police: ‘He’s going to kill me’. I was hiding in the rain under cars. I couldn’t breathe.”

Police attended and arrested Sheppard, she says, but terrified and wrongly fearing her children would be taken away from her after his controlling behaviour, she dropped the charges.

“He repeatedly told me: ‘They will take your children from you’,” she claimed.

“I decided to drop the charges the next day. I thought, financially I can’t leave this guy and I felt like he would always find a way to come back into our lives.

“I didn’t know there were refuges. But if the police had said there’s non molestation orders, restraining orders, refuges, even if they just gave me that talk, maybe I could have got out sooner.”

Eventually after an argument over her going to a club, she found the courage to leave Sheppard and told Women’s Aid and West Midlands Police everything – including showing them injury photos which she says linked up with medical records.

“I got in touch with Women’s Aid. I told them everything, I said: ‘I can’t live, he’s going to keep coming back'”, she said.

“They rang the police, a police officer came out and she was absolutely amazing.

“From the minute she took on the case, she supported me, she got me into a refuge, she gave me the willpower to speak out.”

Sheppard was arrested and remanded into custody – and this year was jailed for three years and eight months, though most of it he has already served on remand.

“I was so used to him having an input into what I could do. It was like my life froze and I was at a standstill, I was so depressed.”

After spending time in hospital to focus on her mental health, in July 2020 the family were moved into a Women’s Aid refuge for 11 months.

“When I went in, I lost everything because of Covid, we were left with just a bag of clothes, but we were supported,” she added.

Domestic violence or abuse can happen to anyone – find out how and where to get help.

In the West Midlands contact Women’s Aid Birmingham and Solihull or call the confidential helpline on 0808 800 0028.

Advice from the NHS says that if you are at risk of domestic abuse or violence you can:

The Survivor’s Handbook from the charity Women’s Aid is free, and provides information for women on a wide range of issues, such as housing, money, helping your children, and your legal rights.

Men can also email [email protected], which can refer men to local places that can help, such as health services and voluntary organisations.

Anyone who needs confidential help with their own abusive behaviour can contact Respect on their free helpline on 0808 802 4040.

“At the time I thought: ‘I’ve lost my house, my friends, my family’. But being around these women, it made me think life does get better.

“They just helped me get through. There’s a course called the Freedom Project I did with the women. These women inspired me, I would listen and think, if they can do this, and their children can do this, I can do this.

“You become a community of survivors.

“If other women had the knowledge on what support is out there, they can get out sooner than I did.” 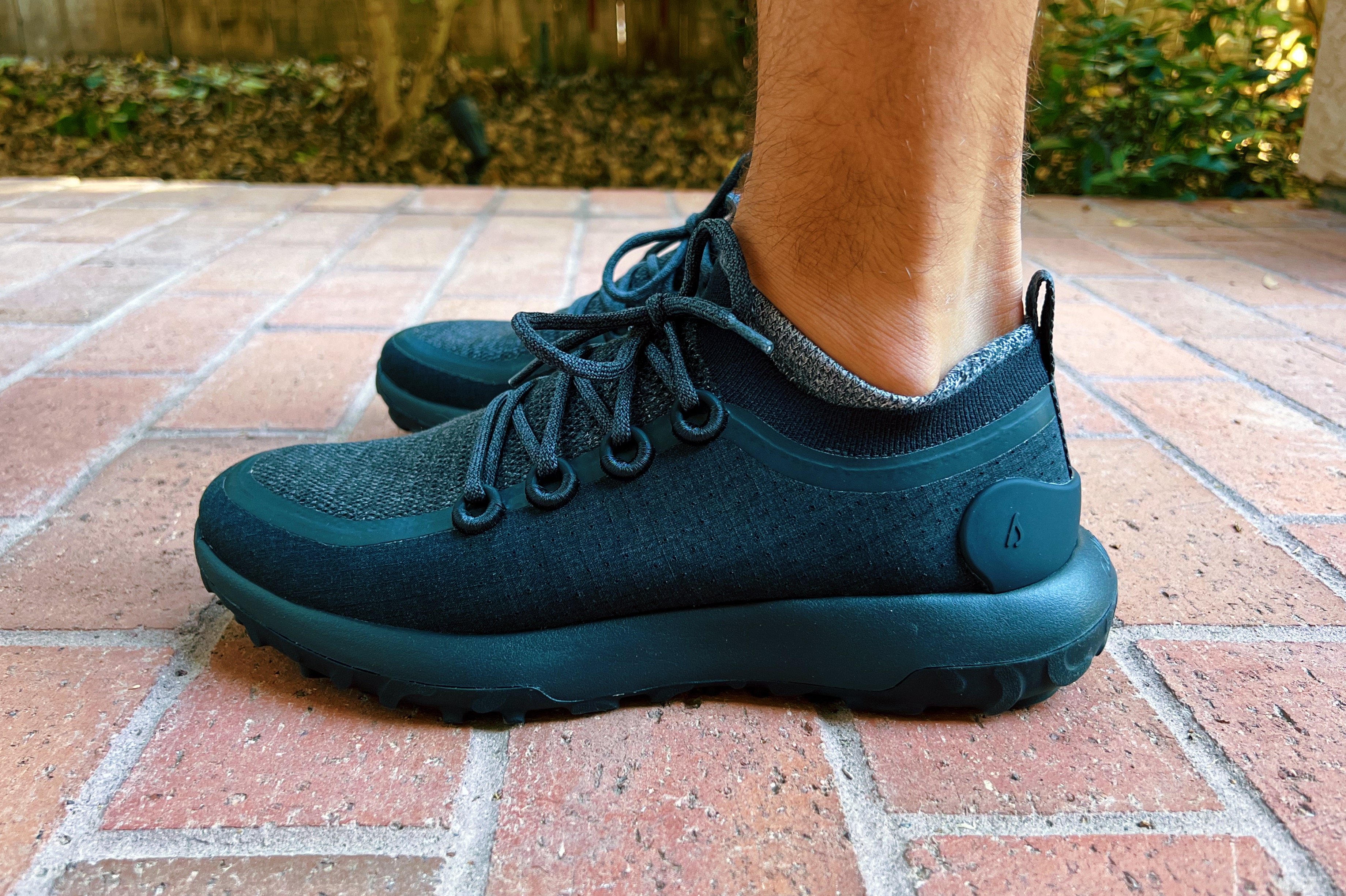 Sister’s heartbreaking reaction to unlawful killing of brother by police 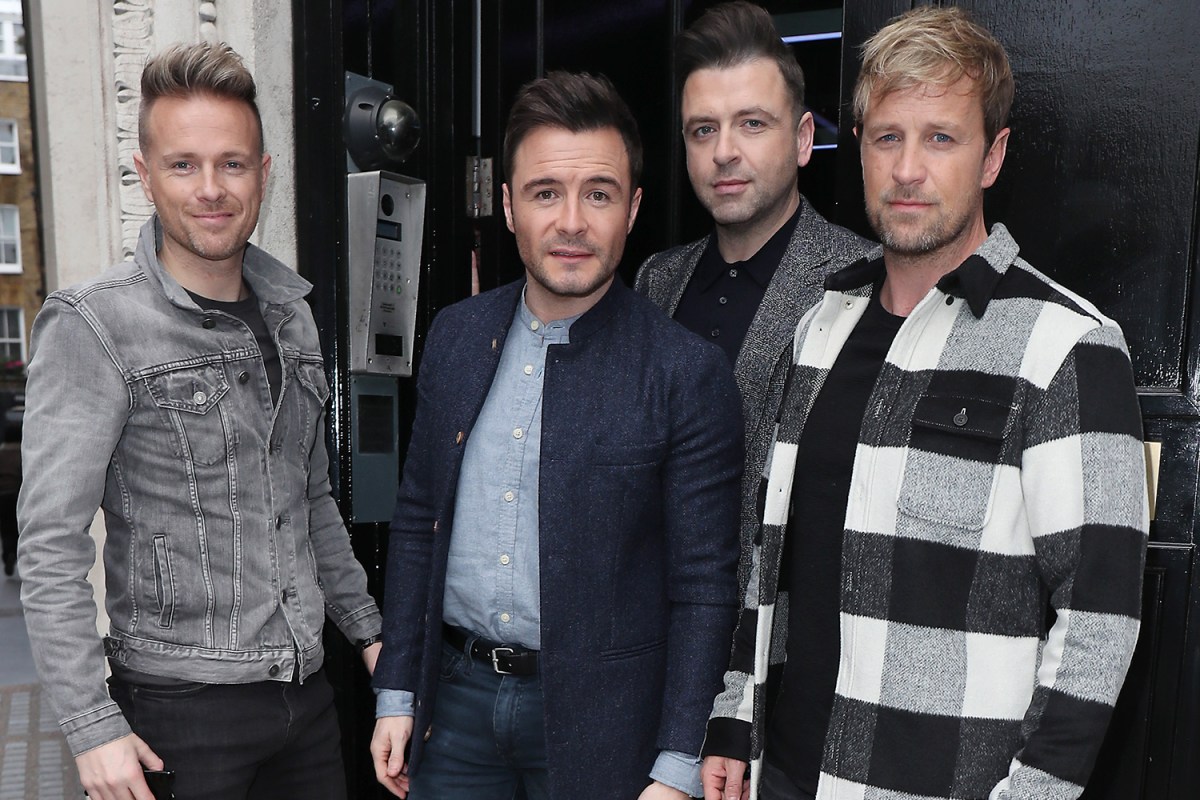