The youngest granddaughter of Prince Philip and Queen Elizabeth II Lady Louise Mountbatten-Windsor spoke about her fond memories for her late grandfather during the BBC documentary Prince Philip: The Royal Family Remembers

Lady Louise Mountbatten-Windsor – the youngest granddaughter of Prince Philip and Queen Elizabeth II – made her public speaking debut in a BBC documentary, aired on Wednesday night.

The 17-year-old appeared on Prince Philip: The Royal Family Remembers to pay tribute to the late Duke of Edinburgh.

In the film, Lady Louise – the daughter of Prince Edward and Sophie, Countess of Wessex – spoke fondly of her grandfather.

Lady Louise – who will decide if she wishes to take the Princess title when she turns 18 – is an active carriage driver and explained how took Prince Philip inspired her.

“The Duke of Edinburgh has been so involved in my driving which has been so lovely but slightly scary because he invented the sport pretty much,” she told the cameras.

“It’s incredible to have learned first hand from him and definitely made us closer, I think.”

Lady Louise Mountbatten-Windsor made her public speaking debut in a BBC documentary, aired on Wednesday night
(

She continued: “After a competition, he would always ask how it went. His eyes would light up because he just gets so excited when he talks about it.

“When we would go carriage driving, first of all, he would take me on a different route every day, I do not know how he managed to do that, but tell me all sorts of anecdotes about absolutely anything and everything.

“He’s honestly one of the most interesting people, I’ve ever met.”

Discussing the Duke of Edinburgh awards, that her grandfather pioneered, Lady Louise added: “‘I’d always wanted to do it because of the skills you develop as a result.

“My favourite part was my expeditions, just having that level of independence and self-sufficiency and having that sense of achievement when it was finished.”

The 17-year-old is the daughter of Prince Edward and Sophie, Countess of Wessex
(

Several viewers were touched by Lady Louise’s comments about her grandfather and took to Twitter to priase her.

One fan penned: “Congratulations to @hardmanr and @Oxford_Films for the very watchable ‘Prince Philip: The Royal Family Remembers’. And to Lady Louise Mountbatten-Windsor for her polished and articulate tribute to her much-loved grandfather.”

A second added: “I thought the star of this programme was easily Lady Louise. What a lovely girl she is.”

More joined in: ” “Wow how good was it to see Lady Louise Windsor in her first documentary” and “Lady Louise has such fabulous memories of her Grandfather, it was a beautiful interview & they must miss him very much.”

The documentary included interviews filmed before and after Philip’s death in April this year.

Production of the documentary originally began to mark Philip’s 100th birthday, which would have fallen in June.

It was since been changed into a tribute film that also featured words from royals including Prince William’s wife Catherine, Duchess of Cambridge and Princesses Beatrice and Eugenie.

The BBC said in a statement: “With special access to the Queen’s private cine-film collection, this film is an unrivalled portrait of a man with a unique place in royal history – by those who knew him best.”

Prince Philip died on April 9, just weeks after he reunited with the Queen following a month-long stay in hospital.

The Duke had spent the last year isolating with his beloved wife at Windsor Castle along with a scaled back team of royal staff.

In a bedside heart-to-heart, Prince Philip is said to have given son Charles advice on how to look after the Queen and lead the royal family. 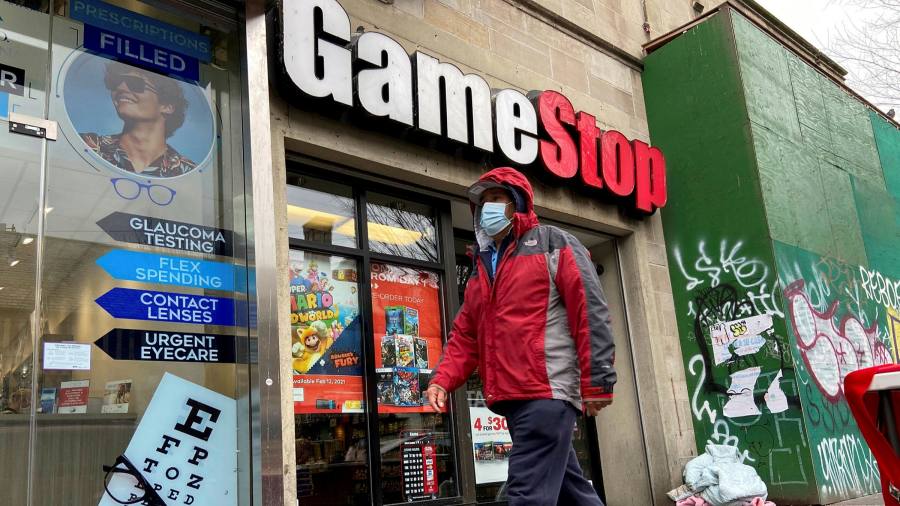 What the GameStop saga revealed about US markets
9 mins ago

What the GameStop saga revealed about US markets