The Dutch midfielder has surprised everyone, including his team-mates, by arriving for Manchester United’s pre-season looking noticeably different to the end of the last campaign

Donny van de Beek’s resurgence has been one of the most notable things from Manchester United ’s pre-season campaign so far – and it is not just fans who have commented on the Dutchman’s transformation.

He made 32 appearances in all competitions for Ole Gunnar Solskjaer’s side, but struggled to make an impact, recording just one goal and one assist.

The 24-year-old spent most of his time warming the bench, with the likes of Bruno Fernandes and Paul Pogba playing ahead of him in midfield.

Van de Beek’s season got even worse in June when he was forced to pull out of the Netherlands’ squad for Euro 2020 with an injury.

Van de Beek has bulked up over the summer
(

However, that summer break appears to have been a blessing in disguise for the midfielder, who got the opportunity to work hard on his fitness in preparation for a big season ahead.

Van de Beek only had a brief pre-season last year due to international fixtures and quarantine and it showed when he took the pitch for his new club.

His fringe role in the squad and difficulties in adapting to English football led to speculation he could push for a summer exit.

That appears to not be the case, judging by his early showings in pre-season so far.

Should Donny van de Beek be in United’s starting line-up in the coming season? Have your say in the comments section below.

According to The Athletic , Van de Beek returned to the Netherlands over the summer and worked with FysioConcept to get into shape ahead of the 2021/22 season.

He has followed a personalised nutrition plan and did weight-based training sessions to bulk up and gain lean muscle – and it seems to have paid off.

One of those came from United captain Harry Maguire, who wrote: “Don’t stretch that armband” alongside an eyes emoji – a telling response from his skipper that his transformation has not gone under the radar.

The support of his team-mates could be important for Van de Beek, who will be hoping to hit the ground running in the coming season.

United only have one friendly fixture remaining before they begin their Premier League campaign against Leeds United on August 14.

That’s because Saturday’s match against Preston North End was cancelled following an apparent breakout of COVID-19 at the club.

A small group of players and staff tested positive for the virus after doing lateral flow tests on Thursday, but after isolating PCR tests showed them to be false positives.

Do you want an exclusive pre-season preview for YOUR club – both in your inbox and through your letterbox? Head over here to find out more and secure your copy. 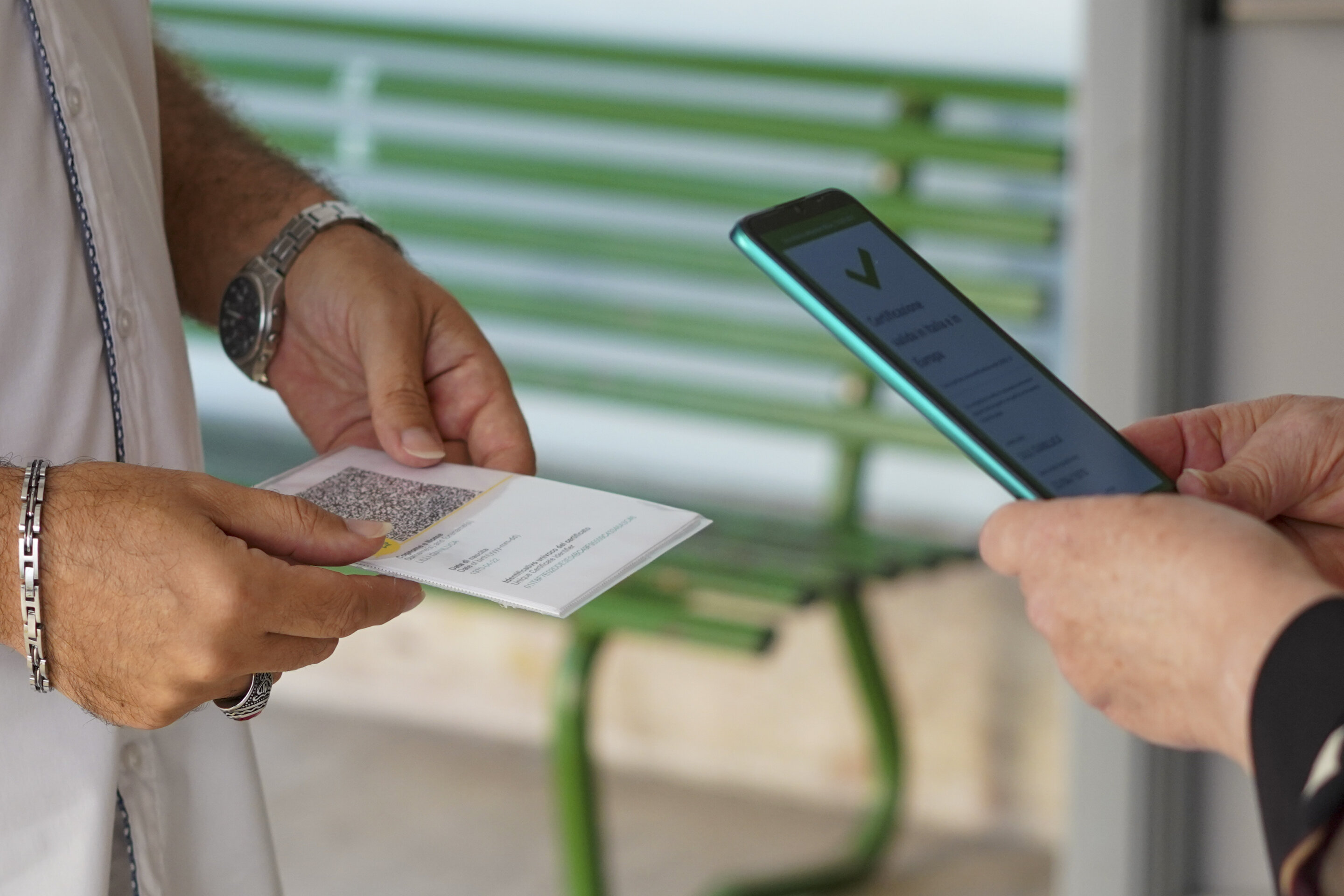 Italy requires COVID-19 pass for all workers from Oct. 15
2 mins ago

Italy requires COVID-19 pass for all workers from Oct. 15