As Boris Johnson clears the decks before the Queen’s Speech, it meant another “take out the trash” day – but as always, the Mirror has been reading the small print

MPs headed back to their constituencies (again) this weekend, as the 2021-22 session of Parliament came to a close.

But you know what that means.

Once again, as the Government prepares for its Queen’s Speech in a couple of weeks, it was time to clear the decks.

They quietly slipped out a string of less-than impressive announcements right up to the last minute on Thursday night.

The final day before recess can be an opportunity for ministers to try to bury bad news – which is known as “Take Out the Trash” day.

Even if it’s not a deliberate ploy, the rush to get everything published means things can get lost in the shuffle.

But as always, the Mirror has read the small print so nothing slips under the radar.

Boris Johnson wouldn’t want that would he? Here’s what you need to know.

The Government missed its deadline to publish security advice related to the peerage of Evgeny Lebedev, the Russian-born media mogul and friend of Boris Johnson.

MPs approved a Labour motion last month ordering the Government to release documents about the PM’s involvement in the peerage.

It followed claims Mr Johnson had intervened to push the appointment through, despite concerns raised by intelligence services over Mr Lebedev, whose father is a former KGB agent.

But ministers missed the deadline to publishing the documents by the end of term.

Paymaster General Michael Ellis said all the information had been collected, but they needed more time to consider whether redactions had to be made for “national security” reasons.

Ministers published a report by the government’s own migration watchdog a day before parliament broke up – and it says what many campaigners have for a long time.

The Migration Advisory Committee said care workers should get a £10.50 legal minimum wage – £1 higher than for other workers.

It called for the separate salary floor to correct the shortage of workers in the sector.

And the experts warned this staffing crisis was caused partly by the end of freedom of movement after Brexit .

The report said: “These problems are the result of years of policy decisions not to fund the social care system properly.

“However, the end of [freedom of movement] has contributed to shortages in the social care workforce.”

Nadine Dorries had already let the cat out of the bag in January, when she tweeted the BBC ’s licence fee settlement up to 2027 “will be the last”.

But on the last day of Parliament, the Culture Secretary unveiled formal details of her plan that’s set to abolish the levy from 2028.

A White Paper on broadcasting was published on Thursday that warned the £159-a-year levy may become “unsustainable” as fewer people watch live TV.

Ahead of the White Paper there was fury at the Tory announcement, with Labour claiming Boris Johnson and his allies were “hell-bent on attacking this great British institution because they don’t like its journalism.”

The White Paper also spelt out details of the government’s plans to privatise Channel 4 after 40 years of public ownership, which have sparked a similar backlash.

You could hardly say it was sneaked out – but it was certainly spun.

On the last day of the Parliament, Jacob Rees-Mogg trooped down to Folkestone with a bevy of journalists to announce a huge U-turn on Brexit checks.

Rules that were due to enter force in July after two delays will now only come in at the end of 2023 – and not in their original form.

Instead, they will be “reviewed” before coming into force in an “improved way”.

Incredibly, the Brexit Opportunities Minister admitted his own government’s checks would have cost firms £1bn a year, been “an act of self-harm”, and added hundreds of pounds to a pallet of fish fingers.

We don’t remember seeing that on the side of a bus.

Ministers were accused of dragging their feet over a review of the government’s “clearing house” for dealing with freedom of information releases.

It’s been accused of acting as a “blacklist” for journalists seeking information from government departments – something the government denies.

The Cabinet Office had promised to open the operation up to scrutiny, launching a review of its operations.

But yesterday they said the review had yet to begin, and could drag on for months.

MPs on the Commons Public Administration and Constitutional Affairs Committee (PACAC), said it was “unacceptable” that the review had not taken place already.

Yesterday, the Cabinet Office confirmed Sue Langley OBE, a non-executive director at the Home Office, would lead the review. It published the probe’s terms of reference and said it is “expected” to complete by the summer recess.

Responding to the announcement, William Wragg, who chairs PACAC, said: “The timing of this announcement suggests the Cabinet Office are more interested in news management than improving the transparency of government. The fact that we have been waiting eight months for these details clearly shows it is not a priority.

“To truly improve transparency, the Cabinet Office must accept the Information Commissioner’s offer of an independent audit and show leadership in this area as an example to the rest of Government.” 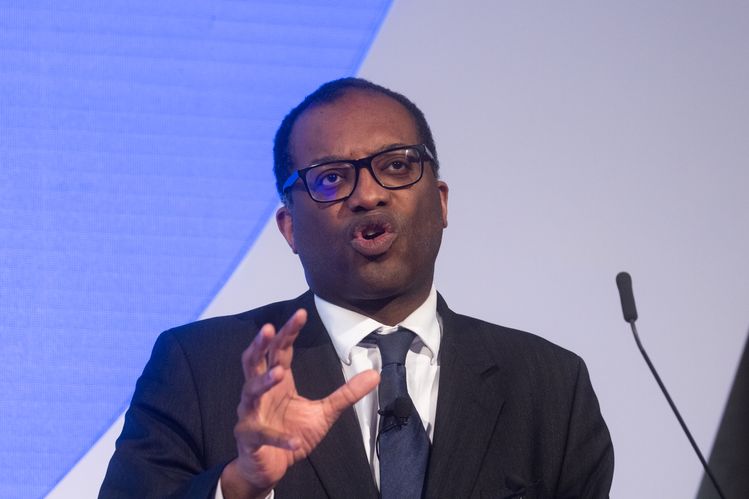 Audit reforms set to be watered down after business backlash