LITTLE People, Big World star Amy Roloff gushed how “thrilled and excited” she is to be marrying her fiance Chris Marek.

The two are just hours away from getting hitched and becoming husband and wife.

Amy, 56, shared a couple of sweet photos from the rehearsal they had on Friday the day before the big event arrives.

Posing outside in the nice, sunny weather, the Roloff matriarch dressed for the occassion in a blue floral dress and brown sandals.

She smiled big for the camera while holding the ribbons bouquet from her bridal shower.

In the caption, Amy opened up about her excitement, writing: “I can’t believe we’re just a few short hours till Chris and I are married. 💍

“The rehearsal is done (complete with bridal shower ribbons bouquet! 🎀💝), and now all that’s left is to meet Chris at the altar tomorrow!

“I’m so thrilled and excited to be his wife.”

She added in her Instagram Story, while showing off the behind-the-scenes of the decorating, that it’s going to be a “magical experience.”

Her son Jacob’s wife Isabel commented on the post: “Going to be such a great day ❤️”

The Little People Big World star and her fiancé will tie the knot this weekend on Roloff Farms, and Isabel shared that she’s been helping get everything all set up.

She gave an inside look at her mother-in-law Amy’s wedding preparations as the ceremony quickly approaches.

The pregnant reality star filmed the completed chapel where the event will take place, complete with picturesque hay bales, fresh flowers, and a photo montage of the couple-to-be.

“Helping get ready for @amyjroloff wedding!!” the TV personality wrote as she panned over dozens of romantic photos of Amy and Chris.

Family patriarch Matt Roloff finally finished construction on the farm’s wedding chapel, which he built in honor of his ex-wife’s new nuptials.

The structure will serve as the venue space for this weekend’s special ceremony.

Matt and his crew have been racing against the clock to finish the construction in time for Amy’s big day.

The Sun previously revealed Amy and Chris would be hosting their wedding at the Roloff Farms in Hillsboro after struggling to find a venue during the Covid-19 pandemic.

An insider claimed that Amy’s ex-husband was supportive of the decision, and has remained cordial throughout the planning process.

Despite having the wedding on the farm and Matt’s efforts to build the wedding chapel, a source also revealed that Amy decided not to invite her ex and his girlfriend, Caryn, to the ceremony. 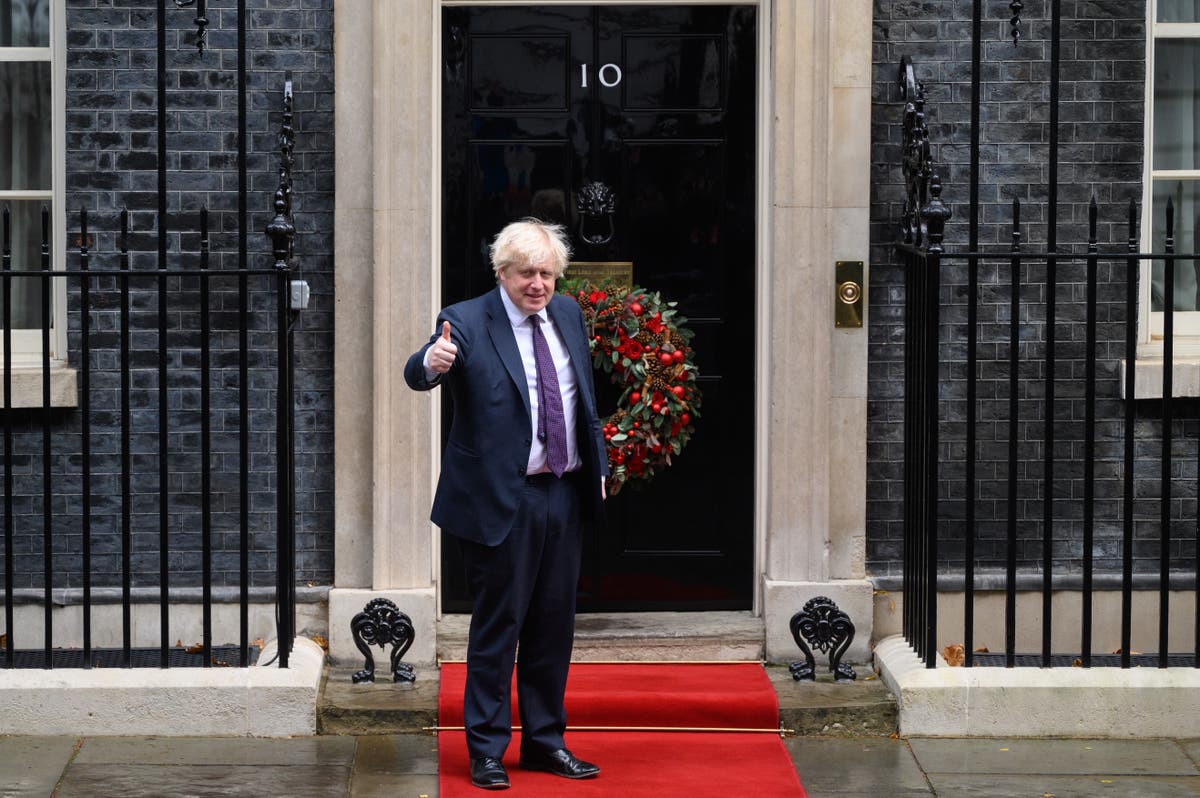 Boris Johnson says ‘rules were followed’ at No.10 party as Sunak denies attending
4 mins ago

Boris Johnson says ‘rules were followed’ at No.10 party as Sunak denies attending