But, as sure as the sun will rise in the morning, Apple will release iPadOS 16 in 2022. The question is, what should we expect?

While we’re still relatively far from the reveal of iPadOS 16, there are already a handful of rumours that point towards a particularly exciting update for iPad owners.

Here’s everything there is to know at this early stage, from announcement and release predictions to the latest rumoured features coming in iPadOS 16.

When will iPadOS 16 be released?

iPadOS 15 was only released in September 2021, so if you’re on the lookout for iPadOS 16, you’ll be waiting a while. How long exactly? While we’re still too far away for Apple to officially confirm anything, the company tends to stick to the same yearly schedule for its iPadOS, iOS, tvOS, watchOS and macOS updates, making it easier to predict.

For those new to the world of Apple updates, the company tends to reveal new software updates at its developer-focused Worldwide Developers Conference, more commonly known as WWDC. That tends to take place in early June, and we expect much the same in 2022 with the reveal of iPadOS 16.

Apple will then seed a beta version of the update to developers – and keen public beta testers weeks later – with regular updates through the summer that’ll hopefully bring it to release quality by September 2022, when we expect it’ll be available to download globally.

In summary, expect an iPadOS 16 reveal at WWDC 2022 in early June, with a global release almost certainly in September 2022.

Which iPads will support iPadOS 16?

It’s far too early to predict which iPads will support the next big software update – it’ll likely depend on how internal testing goes, and whether the new features introduced require specific hardware – but given that iPadOS 15 is available on the iPad Air 2, a tablet released in 2014, we’re confident that even if some iPads do get the chop, it won’t be many.

For reference, here’s every iPad that supports iPadOS 15, and it’s likely to be very similar, if not identical, for iPadOS 16:

What to expect from iPadOS 16

While we’re still some time away from the official reveal of iPadOS 16, the rumour mill is in full swing and, if true, the next iPad-focused software update could be a big one for pro users.

The big new addition to iPadOS 16, according to an iDropNews report, will be Mac-level first-party app support.

The publication claims that Apple is gearing up to launch not only Final Cut Pro but Logic Pro and xCode for the iPad, albeit with the caveat that these will only run on the M1 variants of iPad Pro.

One of our biggest complaints about the new iPad Pro range is that the software doesn’t take advantage of the impressive processing power available from the M1 chipset, and this should go a long way to remedying that.

It also makes the iPad Pro range a viable alternative to the MacBook range for video editors, developers and producers, and it’ll hopefully open the door to more Mac-level apps in future.

In the same iDropNews report, it was suggested that the redesigned app icons coming to iOS 16 will also make an appearance in iPadOS 16 – and it makes sense given the synchronicity of design between the two.

Per the report, the redesigned first-party app icons are allegedly in development by Alan Dye, VP of Human Interface Design at Apple, and his team. While the publication doesn’t provide any concrete details about what to expect from the redesigned icons, it has been said that they’ll be “very similar” to the macOS Monterey icons.

That could manifest as a modern take on the original skeuomorphic iOS app icons that had more depth and texture than the colourful icons of late, and the general iPadOS UI could also get a refresh to match.

Widgets on the lock screen

Apple is said to want to give the Lock Screen a refresh after minimal changes over the past few years. Reports suggest that Apple could do that by bringing widgets to the Lock Screen in both iOS 16 and iPadOS 16 in some form, though it’s arguably better suited to the latter than the former.

It’s uncertain whether you’ll be able to add any widget, and what those widgets will be able to do, but it’s something that Apple is said to be experimenting with behind closed doors.

What are you most looking forward to in iPadOS 16? Let us know on Twitter. 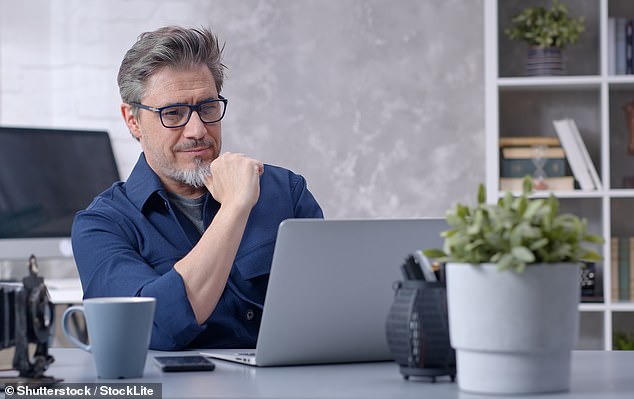 Should I pay to fill gaps in my state pension record?
10 mins ago

Should I pay to fill gaps in my state pension record?