Going into Saturday’s UFC Fight Night main event between Garbrandt (12-3) and Rob Font (18-4) at the Apex in Las Vegas (7 p.m. ET, prelims at 4 p.m. on ESPN+), the question of whether Garbrandt can return to the form that led him to a UFC title is the most pressing one. Is the best still to come for Garbrandt, or did we already witness his peak four years ago?

Action returns to the UFC Apex headlined by two bouts between top-five fighters. Bantamweights Cody Garbrandt and Rob Font vie for position just outside the title picture in the main event, while Carla Esparza and Yan Xiaonan clash in a high-stakes strawweight fight.

It has been a roller-coaster career for Garbrandt, to say the least. After winning the title in 2016, Garbrandt suffered a serious back injury the following year, which he now says stole a lot of his passion for the sport at the time. He fought emotionally in three consecutive appearances, from 2017 to 2019, and lost all of them by knockout.

He also lost his head coach, Justin Buchholz, in 2017, when Buchholz split from Team Alpha Male in Sacramento, California. Last year, Garbrandt dealt with a serious kidney issue that forced him out of a scheduled fight in March 2020. He also came down with severe symptoms of COVID-19, which canceled a flyweight title fight in November.

But behind all of that, there’s reason to believe Garbrandt can return to the top. Two years ago, he linked up with a new head coach, Mark Henry. Garbrandt has fought only once since adding Henry to his coaching staff, and that was a knockout win over Raphael Assuncao last June.

He’s still, somehow, only 29. When you think about everything Garbrandt has been through in his career, the fact he’s still in his 20s feels impossible.

And, of course, there’s the fact we’ve seen him reach the top before. We don’t have to wonder what Garbrandt is capable of. We know. That performance against Cruz to win the championship — it’s arguably one of the greatest performances, top to bottom, in UFC history.

Garbrandt has that kind of talent in him, and he says it’s still there now. He just hasn’t been able to show it much over the past two years because of health issues. Saturday’s fight against Font, who has emerged as a genuine title contender himself, is a huge opportunity for Garbrandt to tell the sport his best is still to come.

5: Knockouts as a UFC bantamweight by Font, tying him with Eddie Wineland for the second most in division history, behind only TJ Dillashaw‘s seven. Garbrandt has four knockouts, tying him for fourth.

1.58: Knockdowns per 15 minutes by Garbrandt, the highest average in UFC men’s bantamweight history. His nine knockdowns tie him with fellow ex-champions Dillashaw and Petr Yan for the most of all time in the division. Font is tied for fifth with six knockdowns.

3: Consecutive victories by Font. His eight wins at bantamweight tie him for sixth among active fighters in the division.

1,254: Days that Garbrandt went without a victory after winning the UFC belt in December 2016. He broke a three-fight skid with a KO of Raphael Assuncao in July 2020.

Do you know the pizza man?

Cody Garbrandt breaks down his stand-up game to Rob Font, adding that he expects to be several steps ahead of him during their bantamweight fight.

And the winner is … 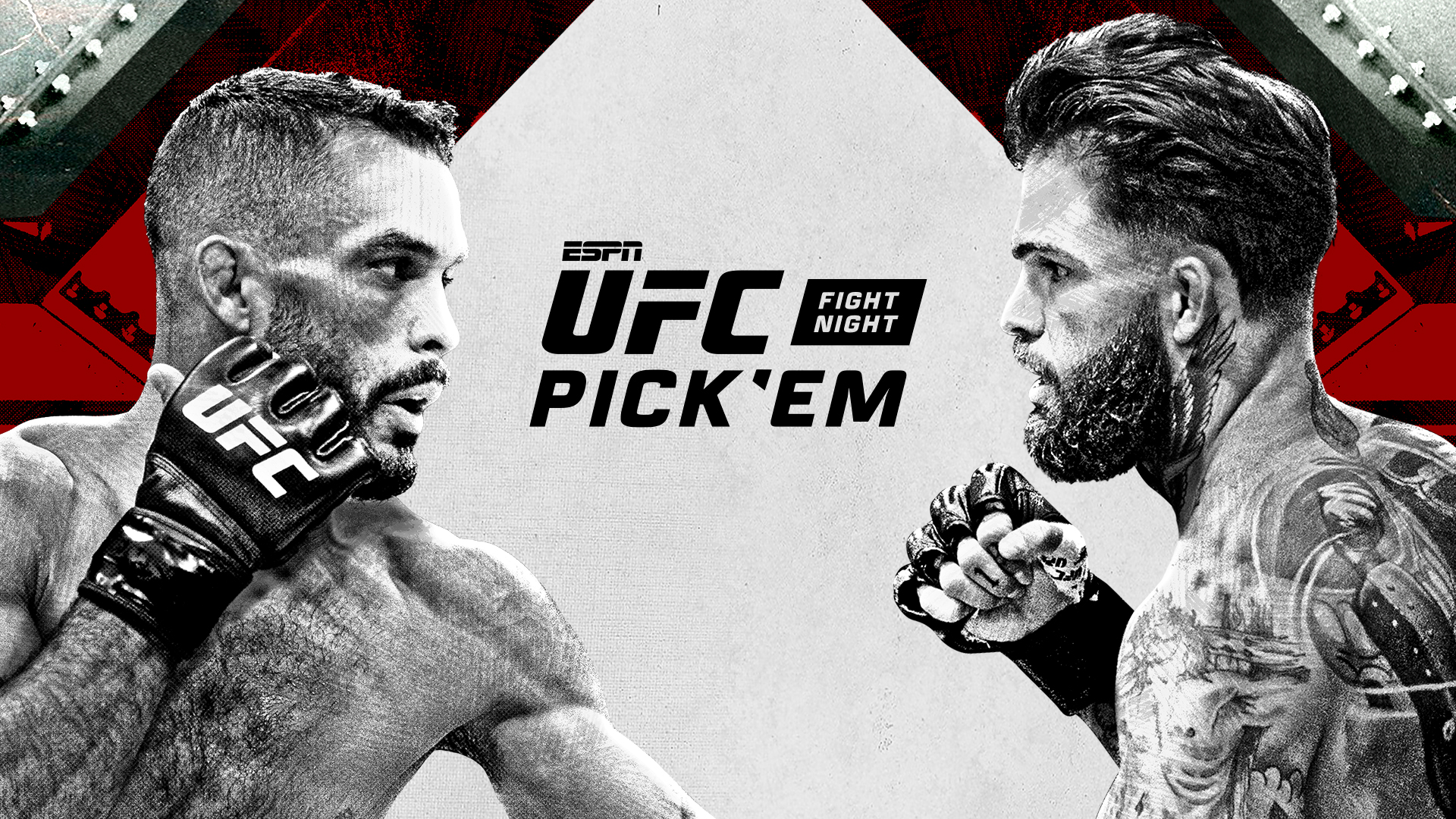 Compete for a chance to win a streaming of UFC 263 for FREE! Make Your Picks

“Love both guys. Both guys, super exciting to watch,” said Mike Brown, coach at American Top Team. “I’m leaning towards Cody, if he stays composed. He’s got a big power edge and speed edge. Everybody is kind of still high on his last KO of Raphael Assuncao; that was impressive. It’s just strange how he’s had these moments that leave you scratching your head and wondering, ‘What was he thinking?’ I loved it, but the fight with Pedro Munhoz was crazy — you’re just going to dig your feet in the ground and keep swinging until somebody goes down? It’s just not a smart thing to do.”

Check out how Brown and other experts break down the main event and predict a winner.

How to watch the fights

Watch the fights on ESPN+. If you don’t have ESPN+, get it here. Also: Download the ESPN App | WatchESPN | TV schedule

1. Yan Xiaonan, who faces former strawweight champion Carla Esparza in the co-main event, is the third woman to begin her UFC career 6-0, along with former bantamweight champ Ronda Rousey and ex-strawweight titleist Joanna Jedrzejczyk. Yan’s six straight wins represent the second-longest streak in 115-pound division history, behind the eight in a row by Jedrzejczyk.

2. Esparza has 39 takedowns, making her the all-time leader in the division. That will test Yan’s 75% takedown defense, which is fifth best among 115-pounders. Esparza has won four in a row, and her eight strawweight wins tie her with Tecia Torres, Rose Namajunas and Angela Hill for second most.

3. Felicia Spencer returns to the Octagon more than 11 months after losing to Amanda Nunes in a women’s featherweight title bout. She takes on Norma Dumont, who lands 5.35 significant strikes per minute and has 100% takedown defense in the UFC.

4. Edmen Shahbazyan faces a formidable challenge in his effort to rebound from the first loss of his career, as he faces Jack Hermansson, who is No. 9 in the ESPN middleweight rankings. Hermansson has the statistical edge standing up, landing 5.03 significant strikes per minute, while the 23-year-old Shahbazyan is dominant on the ground, with 4.44 takedowns per 15 minutes.