The COVID-19 pandemic saw last summer’s transfer window impacted across Europe. Not much has changed in 2021, with loans, free transfers and cut-price deals still on the agenda for many clubs.

Some have already begun to make their moves — with Liverpool signing RB Leipzig defender Ibrahima Konate and Barcelona landing Sergio Aguero and Eric Garcia on free transfers from Manchester City — while there are some big-name players like Paris Saint-Germain‘s Kylian Mbappe, Juventus‘ Cristiano Ronaldo and Manchester United‘s Paul Pogba whose contracts expire in 2022.

Deals that would previously have cost more than €100 million, like Borussia Dortmund winger Jadon Sancho‘s transfer to Man United, could be done for dramatically less money, and there is a market to pick up some good players if you know where to look.

So which players are on shortlists around Europe? Who is still available on a free transfer? And who could be a bargain because their contract is running down?

*All transfer valuations are estimated with the help of Transfermarkt.

– When does the transfer window re-open? | Confirmed deals
– Transfer dominoes: How one big move could impact things
– Karlsen: 39 of the best male players under 21 | 21 U21 female

You might have to pay a decent fee to sign them, but they have the ability to improve any team immediately.

Having only signed for Inter a year ago from Real Madrid for €40m, Hakimi finds himself in the strange position of potentially moving on to another club already due to Inter’s financial woes. The 22-year-old full-back was one of the stars of Inter’s Serie A title success last season and now looks set to choose between Chelsea and PSG.

Man City’s midfield strength in depth is well known but Silva has been one of the club’s best players, so it seems odd that reports say he wants to leave the club. Silva evidently had his heart set on a move to Barcelona last year before it fell through, and he’s now keen to move on. His exit likely depends on whether City sign Jack Grealish, though.

Having been at Madrid for a decade, Varane is reportedly keen to leave and won’t sign a new contract. Given that it expires in 2022, Madrid are likely to sanction his exit (with reports claiming he’s keen return to France with PSG) and use the funds to sign Sevilla’s Jules Kounde as a replacement.

The Zambia forward scored 27 goals in 28 league games last season and is clearly good enough to make the step up. With Salzburg’s relationship with Leipzig under the Red Bull family, a deal would be easy to complete but they will face competition from Dortmund.

The 26-year-old midfielder signed an incredible nine-year contract in the summer of 2017, but saw his starts for Atletico decrease last season and as a result, he reportedly wants to move. He has a reported €140m release clause, but Atletico won’t be looking for a figure that high.

ESPN FC’s panel is in complete agreement Lionel Messi will still be a Barcelona player when the 2021-22 season begins.

While Gianluigi Donnarumma is set to join PSG and Memphis Depay appears on his way to Barcelona, these players are still an option for clubs to sign for nothing this summer.

Last August, Messi informed the club where he has spent his entire career of his desire to leave, following an 8-2 defeat to Bayern Munich in the Champions League. Things have changed since then, with new president Joan Laporta promising to do everything he can to persuade the 33-year-old to stay. Talks are ongoing, but time will tell.

ESPN reported in November that initial conversations had begun between the club and Ramos over a new contract, with both parties keen to reach an agreement on terms. However Madrid’s difficult financial situation has complicated matters and there’s still no deal. The 34-year-old was left out of Spain‘s squad for Euro 2020, but he still believes he “can perform for five more years at the highest level.”

The Turkey international enjoyed his best season in Serie A in 2020-21, with nine assists from 33 league games. However, he has yet to agree a new contract, with Milan reportedly only willing to offer him €4m-a-year and plenty of clubs lining up to take advantage.

The 32-year-old was at Bayern for a decade but will move on this summer and believes that “in my condition I can definitely play for two or three years at the top level.” Boateng is reported to be keen to join a club in the Champions League, which will limit his options a bit. But he’s still a class act who can bring plenty of experience to a dressing room.

A number of clubs are looking for strength in depth at left-back and could do a lot worse than the former England international. Bertrand is 31 and has plenty of Premier League experience, so he could be a fine signing.

Sergio Aguero dons the Barcelona uniform for the first time at Camp Nou for the media.

A bargain to be had?

With their contracts expiring at the end of next season, clubs could be looking grab a cheaper deal this summer.

One of the world’s top young players, the 18-year-old midfielder looks unlikely to sign a new contract at Rennes. Camavinga has been set a deadline of June 28 to pen new terms, otherwise we can expect some movement. Yes, €55m may not be seen as a bargain, but for a player of his quality, it should prove to be.

The versatile midfielder apparently isn’t in Barcelona’s plans for the future, so looks set to move on this summer. With Barca’s financial issues, they may look to include him in a swap deal for another player — possibly from Man City, where his former boss Pep Guardiola is a big admirer.

With a release clause of €50m pricing him out of previous moves, the fact his contract is running down means the Austria international will be available for much less this summer. RB Leipzig won’t want another of their top stars to leave, but there’s not much they can do and he will have plenty of options.

The Serbia defender was a regular for Fiorentina last season and is still only 23. With good young centre-backs tough to find in the market, Milenkovic should attract plenty of interest, though he has reportedly expressed a desire to stay in Serie A.

Origi was a star two years ago, scoring important goals in the Champions League and Premier League, but has been unable to get past Mohamed Salah, Sadio Mane and Roberto Firmino in the pecking order, and the signing of Diogo Jota has just made things worse. He will surely move on this summer.

These players will continue to be linked with the big clubs, though it will take a huge offer, and nobody has any money right now, so don’t get too hopeful.

It remains the most likely big-name move to happen this summer, but Dortmund’s asking price for the winger is higher than expected, sources told ESPN. United are in talks and negotiations so far have been described as “smooth,” with the majority of obstacles, including wage demands and agent fees, overcome 12 months ago. But the clubs are still around €20m apart in their valuation of the transfer fee.

Man United will seek talks with the France international over fears he will run down his contract, sources have told ESPN. However, there’s been no firm contact from any of Europe’s major clubs and any move would likely have to include players as part of a swap deal. Sources close to Pogba’s camp told ESPN that the interested clubs would be keen if he was available for free in a year.

Sources have told ESPN that City regard the Aston Villa midfielder as important a target as Tottenham forward Harry Kane. Guardiola believes that the addition of the 25-year-old could give his team the extra quality required to finally win the Champions League next season, while he could form a devastating partnership with Phil Foden. But Grealish signed a five-year contract last year and it will take a lot of money to sign him.

Arguably the most in-demand player in the world, Haaland will likely stay for another year before his €75m release clause is activated in 2022. Dortmund are holding out for a transfer fee in the region of €180m if they are to let him go before that. With agent fees, wages and bonuses, a deal for the 20-year-old would cost around €350m in total.

After spending his whole career at Tottenham, with no trophies to show for it, Kane has asked to leave this summer. But he signed a six-year deal back in 2018 and still has three years remaining on his £200,000-a-week contract. The 27-year-old has made it clear what he wants out, but Tottenham hold all the cards.

Six of the best done deals

Already signed and sealed to join their new clubs on July 1.

A player who attracted interest from every top club, Bayern moved quickly to land the 22-year-old and fend off their rivals.

First Upamecano, then Konate. RB Leipzig lost the other half of their young centre-back partnership when Liverpool paid Konate’s release clause. It will be interesting to see which of the two go on to have the better career.

With Schalke’s relegation from the Bundesliga and the United States international’s form while on loan in Turin, this was a no brainer. Juve activated their “option rights” to make the temporary deal a permanent one.

This could be one of the best free transfers to ever have been completed. Alaba couldn’t agree a new contract at Bayern, and Madrid offered him the big deal that he wanted. A ready-made replacement for Ramos.

Barcelona’s financial issues aren’t a barrier to attracting some of the world’s best. Aguero wanted a new challenge after a decade at Man City but the 33-year-old still has plenty to give and his arrival could tip the balance in persuading compatriot Messi to stay.

Having said he wouldn’t sign a new contract at City last year, Garcia finally got the move of his dreams back to his old club. A free transfer for one of the game’s top young defenders is exceptional business and he will be the long-term replacement for Gerard Pique. 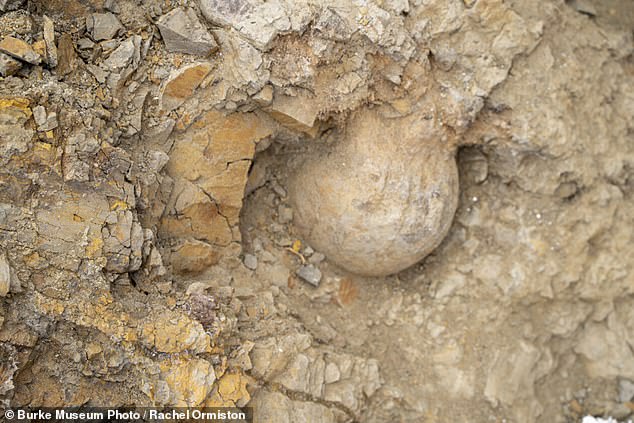 Four dinosaurs, including Triceratops and possibly new species discovered in Montana
46 seconds ago 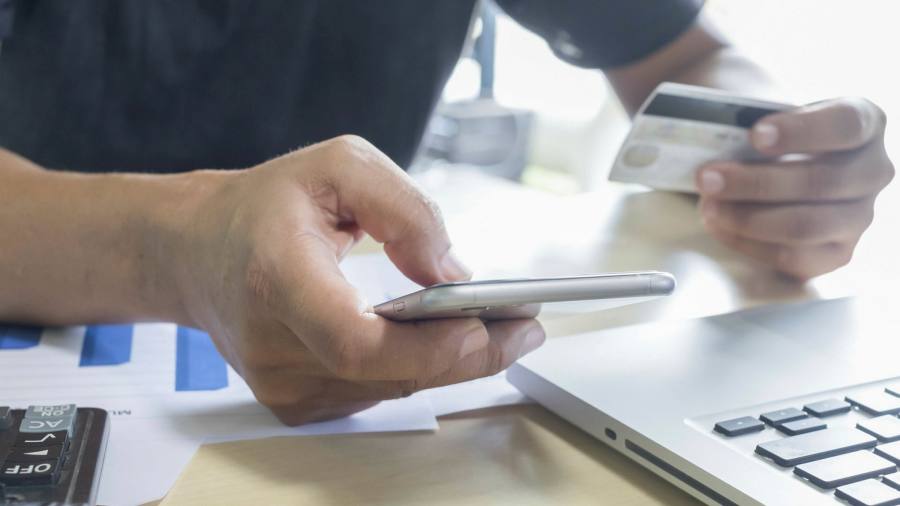