High school football is getting underway around the nation, and ESPN is kicking off the 2021 season in a big way.

From Thursday to Sunday, ESPN’s family of networks will air seven games that feature more than 20 college football recruits ranked in the ESPN 300 and ESPN Jr. 300.

With prospects already committed to Power 5 programs playing throughout the weekend and even more making their case for scholarships, we want to highlight the future stars college football.

There will be an impressive collection of talent competing in each game. We broke down each matchup with a prospect on each team to keep an eye on.

Initial buzz centered around the Dragons five-star QB Quinn Ewers, but he will no longer be a part of this matchup with his reclassification to the 2021 class and arrival at Ohio State. Replacing the top-rated signal-caller over the past two recruiting cycles will not be easy, but Southlake Carroll is a program that played for the state title last season, and the talent runs deep.

A key player will be Maryland, a big-play target needed to increase production for the vacated Ewers. The son of former Dallas Cowboys DL great Russell Maryland, R.J. is making a name for himself at tight end. He possesses impressive length, body control and strong ball skills to catch in a crowd. Watch out for him as a red zone target Thursday night with the leaping ability to high point the ball over smaller defensive backs. Boston College has a rich tradition at tight end and Maryland looks to be the next great one.

Curtis is a bit underrated and could be a prospect that raises his profile coming out of this game. Curtis is a good all-around football player; he may not wow in any one aspect, but is a productive and disruptive presence from his end position. He demonstrates great functional strength with active hands and leverage to overpower blockers at the point of attack and has a terrific initial burst off the snap to penetrate the backfield.

He is a solid athlete that can change direction and elude blockers to chase down plays. He posted an impressive 7.15 second L-drill at the Dallas Under Armour camp this past spring. Look for him to move around the Highland Park defensive front to create favorable matchups; he can also cont/ribute on offense as a tight end.

Curtis reports multiple FBS offers, but the only Power 5 school as of now is Arizona. It wouldn’t be a surprise if more blue-chip schools offered him after this fall season.

As a part of Milton’s state championship basketball team, Overton has already showcased his skills on ESPN, but Friday will serve as a chance to see the No. 1 overall prospect in 2023 display his ability in pads to a national audience.

The five-star is a physically impressive defender with a strong, explosive frame to power past blockers. He can also utilize his good arm length to keep defenders off his body and make plays with his rare agility and speed for a defensive lineman. A focal point for viewers, he’ll also be a focal point for opponent North Cobb as it will look to double team him as often as possible.

Overton holds offers from many of the premier programs in the country, with Alabama, Texas A&M, Oklahoma and Clemson among the teams to watch during his recruitment.

This won’t be the first time the ESPN 300 wideout plays during kickoff weekend, as he was on St. Frances Academy (Maryland)’s roster in the 2019 showcase.

A new face at North Cobb, the Georgia commit hauled in over 60 receptions as junior with a well-rounded skill set. A good route runner with strong hands to pluck the jump-ball, he can also help move the chains after the catch with a great blend of strength and burst to run through and away from defenders.

That aggressive approach can also benefit North Cobb’s ground attack, as he can be a willing and tough blocker on the perimeter.

One of the premier defenders in the nation will lead a talented defense that features multiple ESPN 300 prospects. The Oklahoma commit is someone that needs to be accounted for each time an offense wants to throw the ball.

Moore is a terror off the edge as a pass-rusher. He combines an explosive burst off the snap with excellent power to dominate blockers and harass quarterbacks. The future Sooner has proven to be a stout run-stopper as well, as he can set the front side edge or pursue backside with a great motor and a strong closing burst.

The Raiders have produced some outstanding secondary talent in recent years, including Asante Samuel Jr. and Jordan Battle. Mack has the tools to be the next top defensive back out of this elite program.

He needs to continue developing his 5-foot-11, 180-pound frame, but he is an aggressive ball hawk who flies to football and will throw his body around against the run. One of just handful of 2023 prospects to take part in this summer’s Future 50 event that featured many 2022 prospects, Mack fit right in and displayed good instincts with nice blend of speed and recovery quickness in coverage.

Georgia’s 2022 class is led by a commitment from No. 2-ranked RB Branson Robinson, but he’s not the only talented runner in the Bulldogs class. 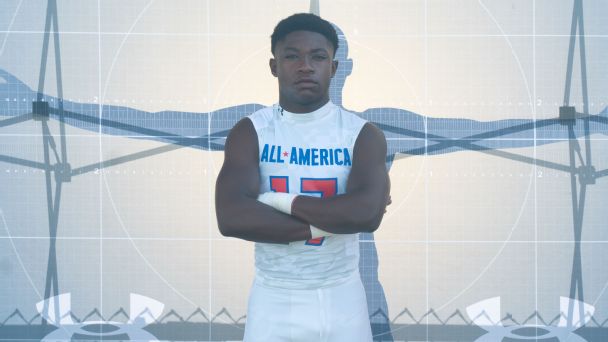 James, ranked within the ESPN 300 as well, should not be overlooked. A player with a compact and sturdy build, he can be tough to bring down, as he runs with a low center of gravity and can deliver and absorb contact extremely well. James is an outstanding finisher, and it will take multiple tacklers from Madison to bring him down.

The future Dawg also shows great vision and patience for a young runner and can be a factor as a receiving target with soft hands.

A talented two-sport athlete that is committed to Mississippi State as an outfielder, football is still a factor though, and he’s exploring options with Texas A&M and South Carolina as well.

His focus this weekend will be on the gridiron, and the ESPN 300 linebacker has shown he can be a very productive presence. He’s a player with very good agility in space and speed to make plays from sideline to sideline. Blanton is active around the ball and a physical tackler. He produced highly as a junior, tallying over 100 tackles and nearly 20 tackles for loss.

The talent over the course of kickoff weekend spans multiple classes, including some underclassmen that are already proving to be names to know. Pace Academy has one of those promising young prospects who should be on everyone’s radar in Brown-Shuler.

A participant at a loaded Atlanta Under Armour camp this past spring, he stood out in one-on-one drills and established himself as one of the top prospects in the 2024 class. At 6-foot-4, 290 pounds, he already possesses excellent size with good strength, and despite his age has shown he can be a stout presence in the trenches.

While this will be an introduction for TV viewers, he’s already known to top recruiters around the nation, reporting offers from several Power 5 programs, including Georgia, Georgia Tech and Florida State.

Stockton leads several future Bulldogs in action throughout the slate of games. A top-10 QB in the 2022 class, Stockton has been a starter for Rabun County since his freshman year. While his head coach describes Gunner as reserved in the way he carries himself, he also said the Georgia commit possesses a strong will to win.

There’s not a throw he can’t make. Having led the Wildcats to a deep playoff run last season and displaying a strong arm and quick release on tape, it’s hard to argue with his coach’s sentiments. If Rabun County is going to make another run at the state championship game, it starts with its star QB. 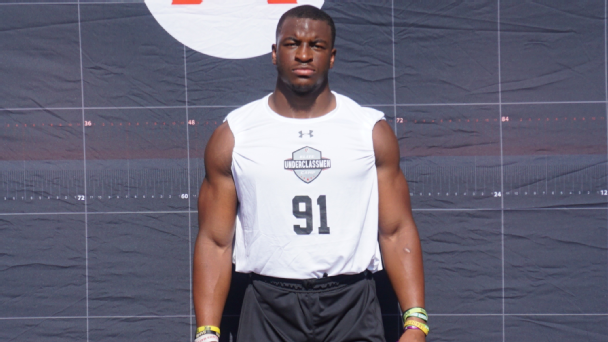 The top five prospects may all be on the defensive side of the ball, but don’t sleep on the skilled recruits on offense in the Class of 2022. The complete ESPN 300 »

A top-three QB prospect in the class, Weigman is certainly someone to tune in for. A two-sport athlete who also excels in baseball, he was a riser in the last edition of the ESPN 300 player rankings.

He is a powerful thrower that can also be accurate. Weigman really impresses with his ability to deliver difficult throws into tight windows. He can make big plays with his arm, but do not be deceived by the pocket-passer distinction, as he’s fast and can make plays with his legs when needed.

When a big play is needed, Golden, an ESPN 300 WR, will be a player to watch. The TCU commit is a lean and elusive target that can be a vertical threat with his 10.9 100-meter speed.

He’s a dangerous runner after the catch with his great initial burst and change-of-direction skills in the open field. His supreme quickness blended with solid route-running ability make him tough to cover at the high school level. Don’t be surprised if Bridgeland double-teams him throughout the night.

It’s tough to spotlight one player on a program that features two dozen four-star prospects spread over the 2022 and 2023 classes. Almost every play will feature an FBS caliber prospect, but we’re going to keep it simple and start with player that will handle the ball most often.

Duffy reminds us of North Carolina star QB Sam Howell. This is his first season with IMG while having lost his junior season due to the COVID-19 pandemic. A coach’s kid whose father was previously his high school coach, Duffy possesses a strong arm with great accuracy. He has plenty of weapons to throw to but also runs well when needed to make a play with his feet.

Facing a loaded IMG squad, Bishop Sycamore’s developing program will have its hands full lacking the overall roster of talent of its opponent. Most of its talent appears to be on the perimeter.

One prospect that has really flashed his skills is Brown, a defensive back with quick feet and sudden movements to lock down. Brown’s ball skills could make Duffy pay on errant throws.

He reports several FBS offers, including more recently from Nebraska. A good performance can not only raise his profile, but the program as a whole as well. 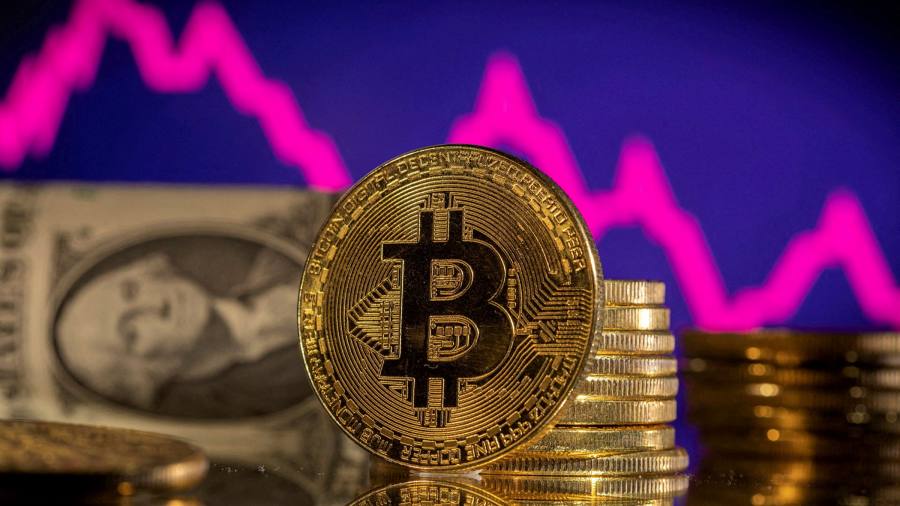 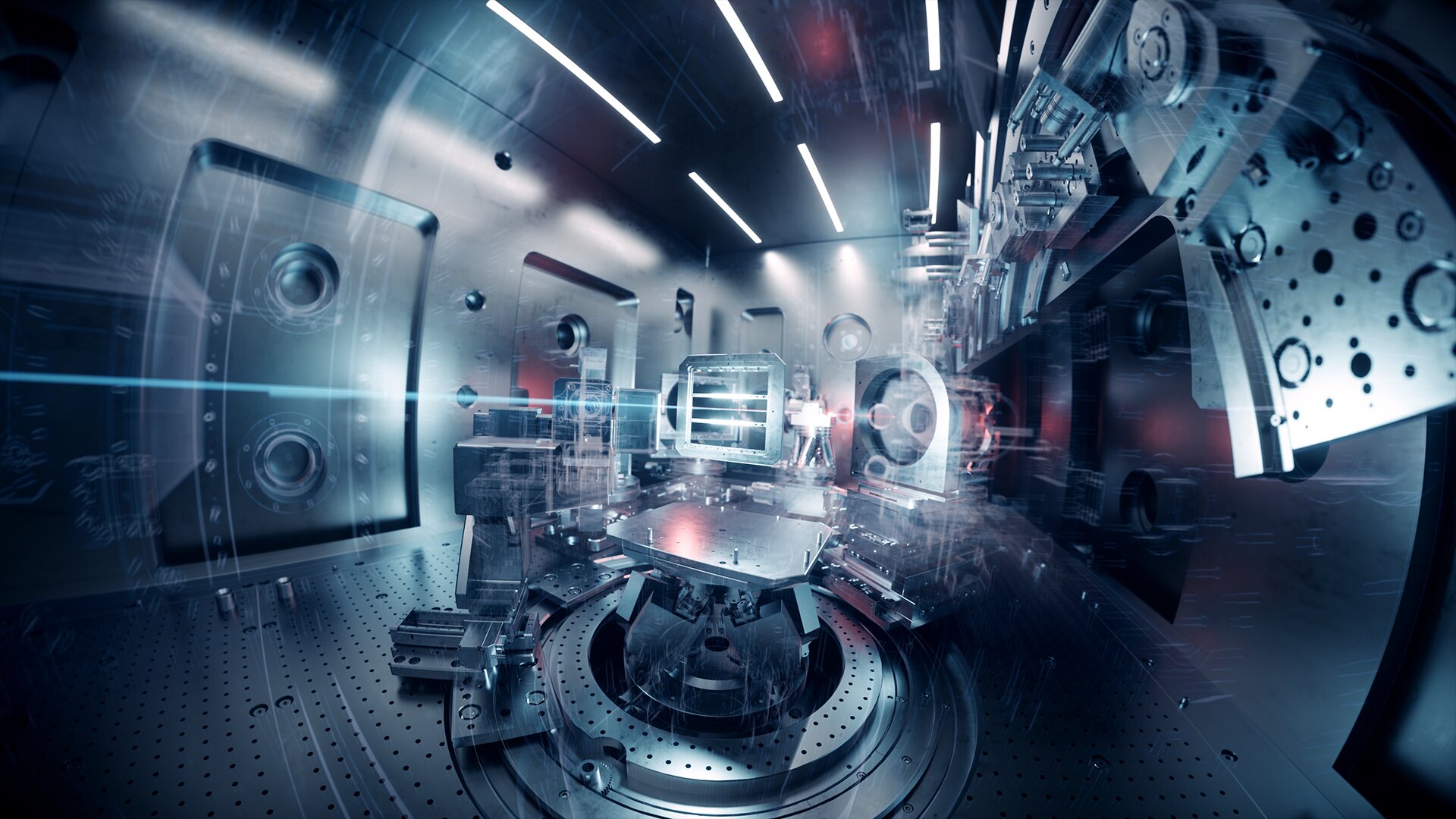 Advocating a new paradigm for electron simulations
3 mins ago 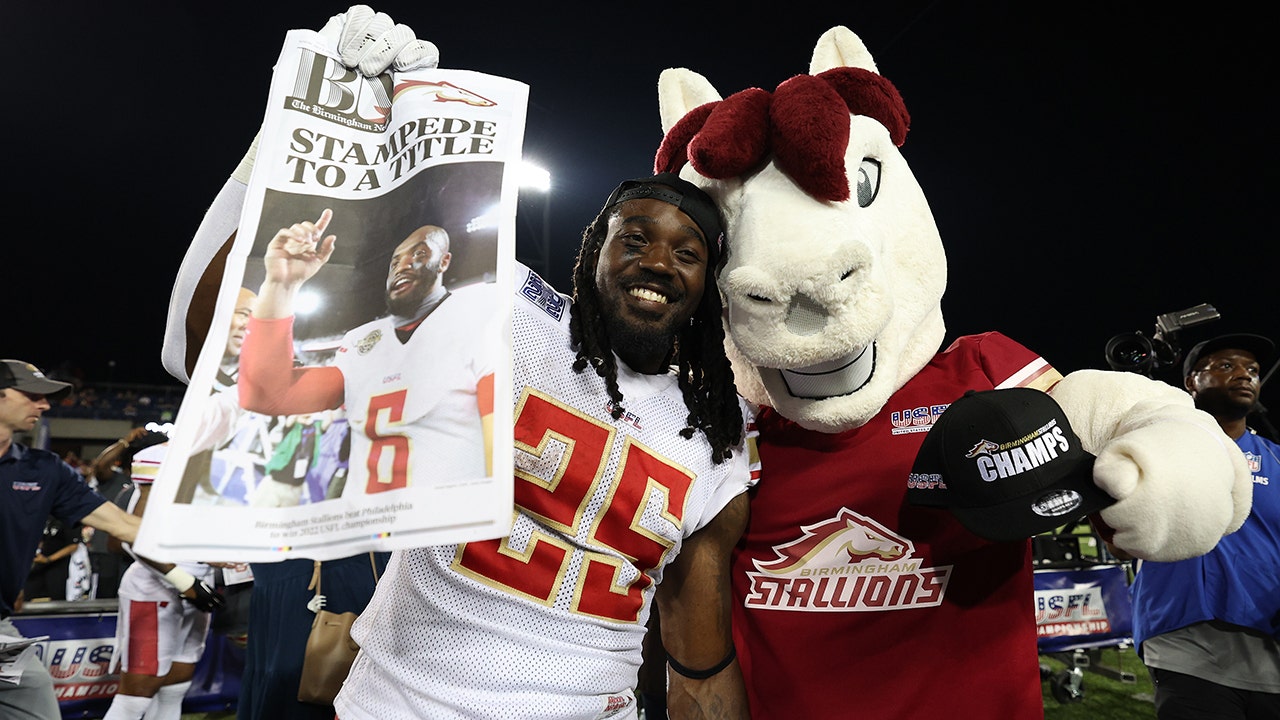 USFL Championship: Stallions hold off Stars in thriller for title
4 mins ago