TOKYO — It wasn’t the ending that tennis superstar Naomi Osaka — nor her fans across Japan and worldwide — had expected for the Tokyo Olympics.

Osaka lost to former French Open finalist Marketa Vondrousova of the Czech Republic 6-1, 6-4 in the third round of the Olympic tennis tournament on Tuesday.

“I’m disappointed in every loss, but I feel like this one sucks more than the others,” said Osaka, who called lighting the Olympic cauldron during last week’s opening ceremony in Tokyo “undoubtedly the greatest athletic achievement and honor I will ever have in my life.”

As the highest-paid female athlete in the world and the host country’s face of the Games, the huge expectations were hard to handle.

“I definitely feel like there was a lot of pressure for this,” Osaka said. “I think it’s maybe because I haven’t played in the Olympics before and for the first year [it] was a bit much.”

The second-ranked Osaka, who was born in Japan and grew up in the United States, struggled with her usually reliable groundstrokes, while the left-handed Vondrousova produced a series of drop-shot winners and other crafty shots that drew her opponent out of her comfort zone.

“It’s tough for her also playing in Japan and in the Olympics,” the 42nd-ranked Vondrousova said. “It’s so much pressure, I cannot imagine.”

Osaka won her opening two matches in straight sets following a two-month mental health break. But conditions were different Tuesday with the roof closed because it was raining outside.

Osaka had talked earlier this week about how “happy” she was to be playing again. That came after she announced in May going into the French Open that she wouldn’t speak to reporters at that tournament, saying those interactions create doubts for her.

Then, after her first-round victory in Paris, she skipped the mandatory news conference.

Osaka was fined $15,000 and — surprisingly — publicly reprimanded by those in charge of Grand Slam tournaments, who said she could be suspended if she kept avoiding the media.

The next day, Osaka withdrew from Roland Garros entirely to take a mental health break, revealing she has dealt with depression.

She sat out Wimbledon, too. So the Tokyo Games marked her return to competition.

“I’ve taken long breaks before and I’ve managed to do well,” said Osaka, who initially did not comment after her loss, then came back out and met with a small group of reporters. “I’m not saying that I did bad right now, but I do know that my expectations were a lot higher.

“I feel like my attitude wasn’t that great because I don’t really know how to cope with that pressure, so that’s the best that I could have done in this situation.” 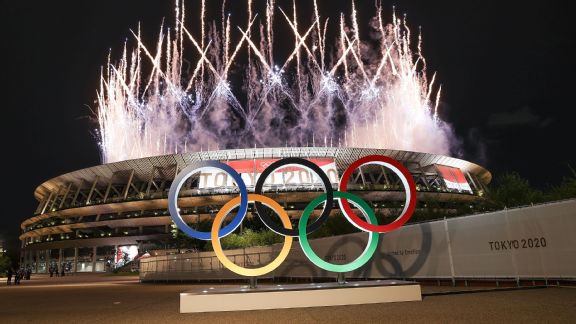 Keep up with the Summer Games in Japan on ESPN: Read more »

Playing Osaka for the first time, Vondrousova came out with her entire game clicking from the start and quickly ran out to a 4-0 lead in the first set as Osaka hardly had time to gather herself.

Osaka then broke Vondrousova’s serve in the opening game of the second set but almost immediately handed the break back when she double-faulted to make it 2-2.

After Osaka lost her serve again to end the match by hitting a cross-court backhand wide, she shook hands with Vondrousova at the net, walked to her chair, zipped her racket up in her bag and followed Vondrousova off the court.

But it wasn’t simply an off day for Osaka; it was also an outstanding performance from Vondrousova.

“I also [beat] Simona [Halep] twice, but I think now she [Osaka] is the greatest,” Vondrousova said. “The greatest in the game, and she was also the face of the Olympics, so it was tough for her, I think, to play like this.”

During one point midway through the second set, Vondrousova hit an underspin, scooped forehand approach shot that landed right on the line — prompting Osaka to stare at the line for a few seconds in apparent disbelief.

Osaka had break points to take a 4-3 lead in the second, but Vondrousova hit consecutive drop-shot winners to get back in the game. And then held.

About 10 minutes later, the match was over.

“I just really believed the second I stepped on the court,” Vondrousova said. “I think that that’s the main thing.”

Vondrousova’s quarterfinal opponent will be either Paula Badosa of Spain or Nadia Podoroska of Argentina.

In men’s action, third-seeded Stefanos Tsitsipas of Greece beat Frances Tiafoe of the United States 6-3, 6-4 to reach the last 16.

And Novak Djokovic added another medal event to his program by entering the mixed doubles draw with Serbian partner Nina Stojanovic.

Tsitsipas is also entered in mixed with Maria Sakkari. 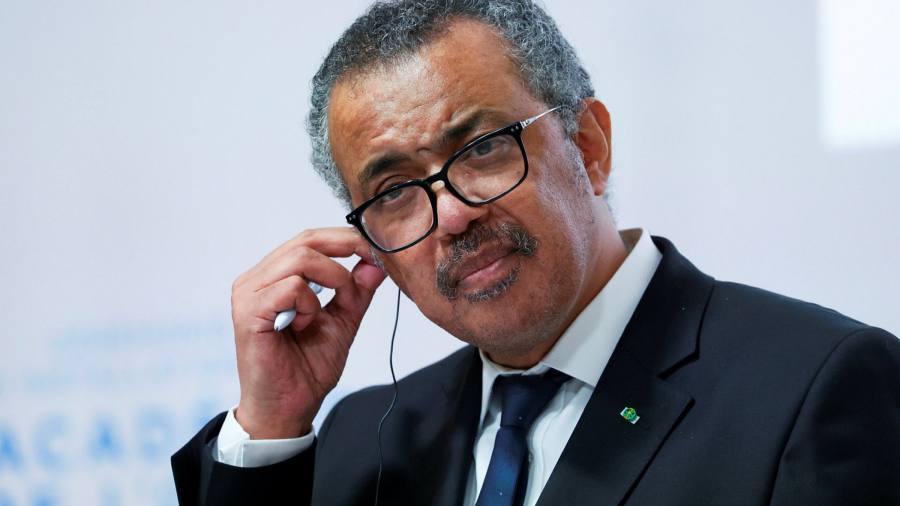 WHO staff face allegations of sexual abuse during Ebola outbreak 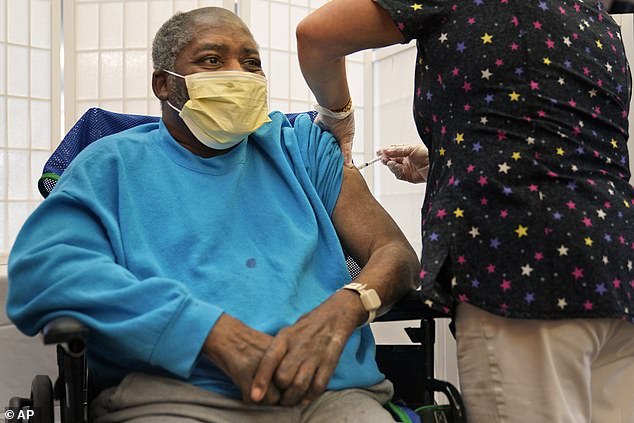 More than 9 in 10 Democrats say they have been vaccinated compared to 56% of Republicans,
3 mins ago

More than 9 in 10 Democrats say they have been vaccinated compared to 56% of Republicans, Kingston Bridge crash: What happened on Glasgow M8 as car trapped under lorry
4 mins ago

Kingston Bridge crash: What happened on Glasgow M8 as car trapped under lorry