The end of the 2021 NHL season is fast approaching. While COVID-19 postponements have resulted in games extending until May 19, many of the playoff positions will have been solidified before then.

As we begin predicting what the 2021 playoffs will look like — and who will ultimately win the Stanley Cup — we tasked our crew to answer some of the key questions heading into the final few weeks.

Scroll through to read all the answers, or jump ahead to a specific question from the menu below:

Who will win the Presidents’ Trophy?

Emily Kaplan, national NHL reporter: The Colorado Avalanche. They trail the Vegas Golden Knights in the division, and there’s one meeting between the two West powers left. Besides that, eight of the Avs’ remaining nine games are against either the Sharks and Kings, against whom Colorado has gone a combined 6-2 this season. With both of those California teams presumably out of the playoff mix, they’ll be using the season’s final two weeks to get younger players exposure.

Greg Wyshynski, senior NHL writer: The Carolina Hurricanes. The Canes are one point off the pace of the Golden Knights, who have a game in hand. Carolina has the Columbus Blue Jackets, three games against the Chicago Blackhawks and two final games against the Nashville Predators, which could be very meaningful for them. They have Florida and Tampa on their heels for top of the Central, and the Canes haven’t lost in regulation since April 12. The Hurricanes have never won the Presidents’ Trophy. History must be made!

Arda Ocal, ESPN broadcaster: As Greg notes, the Hurricanes have a game against the Blue Jackets, then three against the Blackhawks before finishing against the Preds. The Washington Capitals have the Pittsburgh Penguins and Boston Bruins in their future. The Golden Knights have the Blues and Avs, while the Toronto Maple Leafs have the Montreal Canadiens and Winnipeg Jets. In terms of ease of schedule, the Hurricanes could garner the most points down the stretch, so I’m going with Carolina to take the Presidents’ Trophy.

Sach Chandan, fantasy hockey editor: Emily’s right that Colorado has a much easier schedule, but the Knights are truly golden right now with their 10-game win streak, and they hold a six-point cushion over the Avs. Four of their remaining games are against the St. Louis Blues and Arizona Coyotes, against whom they’ve gone 9-1. It’s no fun picking the favorite, but I can’t imagine them losing in regulation four more times.

Which potential playoff matchup has you most hyped?

Kaplan: Give me the Capitals versus the New York Islanders. Of course, there’s the classic “Barry Trotz facing his old team” storyline. I picked Washington to win the Stanley Cup ahead of the season (I’m buying into their urgency, and the hiring of Peter Laviolette to get them there). But the Isles feel like they are also due. As Matt Martin told me in March, losing to Tampa in last year’s Eastern Conference finals might have been just what they needed.

“Tampa has been a top team in this league for multiple years now, and they were finally able to break through after getting that experience,” Martin said. “Hopefully that’s what we can take away.”

Wyshynski: Every postseason that involves the Toronto Maple Leafs, the primary question is, “How will the Toronto Maple Leafs blow it this time?” With their traditional playoff tormentors, the Boston Bruins, realigned to the East Division this season, the path for the Maple Leafs to make a run at the Stanley Cup seems clearer than it’s been in a while; or, failing that, the path to win a playoff round for the first time since 2004.

So in thinking, “How can they blow it this time?” the answer is obviously losing to the Montreal Canadiens in the first round of the North Division playoffs. Beyond this morbid curiosity … c’mon, it’s Leafs vs. Habs. We haven’t seen them meet in the postseason since 1979. That’s six years before Kyle Dubas was born!

Ocal: Leafs vs. Canadiens, no doubt. Sure, I grew up a Leafs fan and that plays into it, and I still have memories of Doug and Wayne and Kerry Fraser and … never mind. What I will say is that in 1993, we almost got a Leafs vs Habs Stanley Cup Final, which would have been bonkers. Now it’s a very real possibility that we will get that in the first round. This is the oldest rivalry in hockey, and at some points, it’s been the most fierce. Give me that all day long.

Chandan: I’m thinking of the battle for the new “State of Hockey,” Florida. The dynamic Florida Panthers and the defending champion Tampa Bay Lightning are destined for the No. 2 vs. No. 3 matchup in the Central. If a matchup of two elite scoring offenses weren’t enough, the Lightning may have former Hart Trophy winner Nikita Kucherov making his return from a hip injury if the series were to go long enough. These two rivals have been as evenly matched as can be in their six regular-season matchups, and will end the season against each other for two games. Familiarity could yield ferocity.

Is there a team currently outside a playoff spot that will make a race interesting?

Kaplan: I think the Stars can overtake the Predators and secure the fourth spot in the Central Division. Jamie Benn has been on a tear ever since being moved back to center, while the line of Joe Pavelski, Jason Robertson and Roope Hintz is so fun to watch. Dallas is still playing catch-up in the division, but the Stars control their own destiny.

Wyshynski: My answer would have been the Coyotes, but their last brutal stretch coinciding with a slight uptick by the Blues might have settled the West. Which is a shame, because it’s likely Rick Tocchet’s last ride in the desert. As much as I’d like to see the Stars get into the postseason — given their COVID-19 interruption to start the season and the winter storm in Texas that delayed it further — I have to believe Nashville gets that spot. It has located some offensive punch and goalie Juuse Saros, outside of a couple of hiccups, is giving coach John Hynes the same kind of goaltending that Keith Kinkaid gave him in the Devils’ miraculous rally for a 2018 playoff spot. Of course, there’s no Taylor Hall playing at an MVP pace here. But maybe they get Filip Forsberg back for that final push.

Ocal: The Stars have two games in hand and are two points behind the Preds, so that final spot in the Central will be very interesting. Dallas has been a very interesting team as well — from starting their season late to having an incredible opening run to midseason struggles and then finding form again. Joe Pavelski has been a force, leading the team in goals and points. (Side note: I actually don’t mind the Reverse Retro jerseys that make them look like Stormtroopers from Star Wars.) Plus, we know this group can make some noise if they do get in to the tourney.

Chandan: It will be highly unlikely no matter what, but the New York Rangers at least have two things working for them: They’ve been hot lately, winning seven of nine, and they have two games remaining against the Bruins, who sit four points ahead of them. Unfortunately for the Rangers, they don’t control their own destiny since Boston has two games in hand, and New York’s hot streak is built on beating the Devils and Sabres, the two worst teams in the league. I’ll be the pessimist here and say that they fall just short.

Which playoff team should be most worried about its goaltending?

Kaplan: The Maple Leafs. GM Kyle Dubas traded for David Rittich at the deadline because he was concerned — mostly about the health of Frederik Andersen, Jack Campbell and Michael Hutchinson. When you’re not sure who your primary starter for the playoffs is at this stage of the season, that’s worrisome. 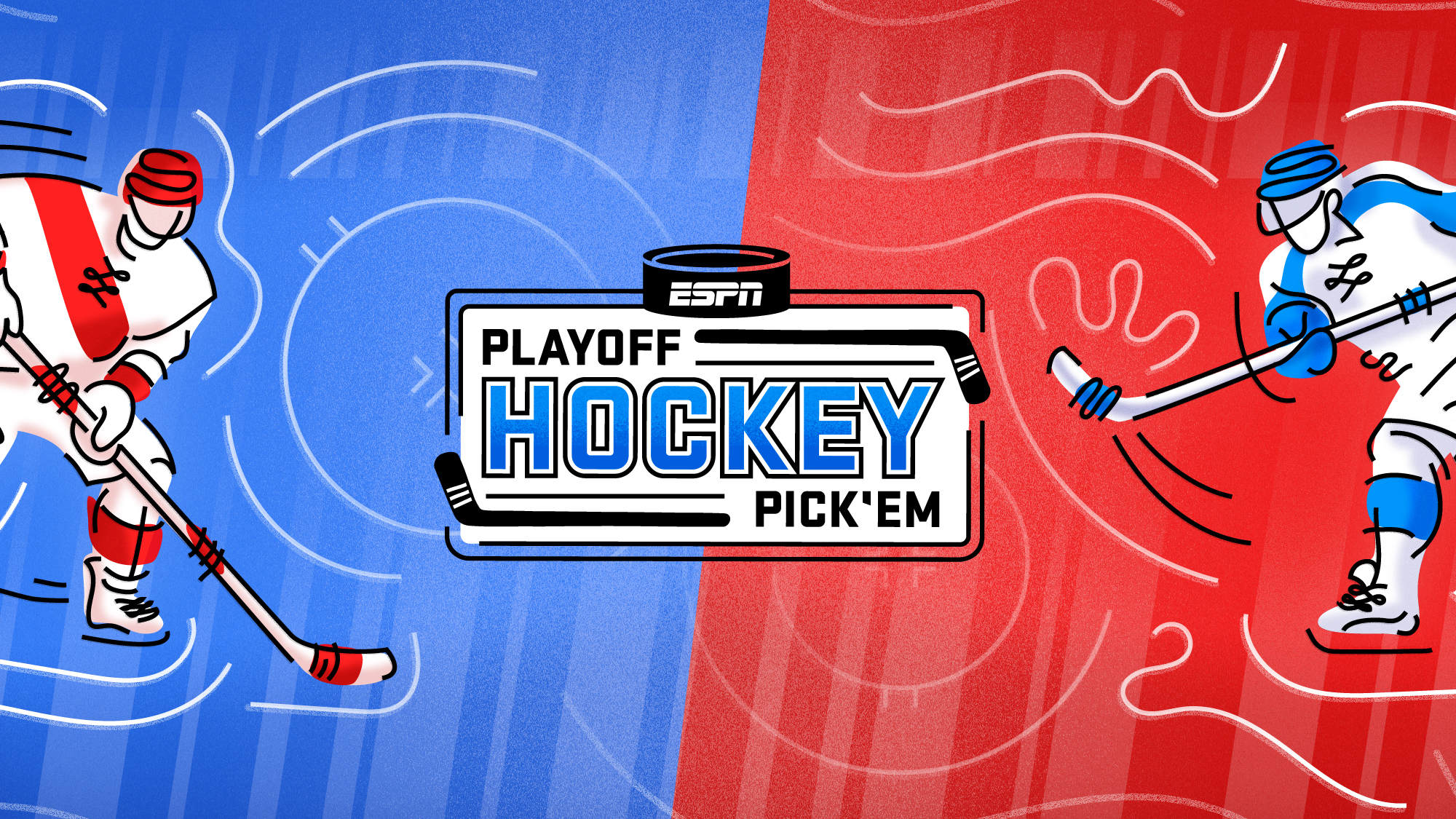 Compete for $9,000 throughout the NHL postseason! Make Your Picks

Wyshynski: The St. Louis Blues. Jordan Binnington is not going to be that guy who carried the Blues to their first Stanley Cup as a rookie. That’s fine. He doesn’t need to be that. He just needs to be competent and consistent. Binnington has been OK this season with 11.5 goals saved above average and a .909 save percentage.

But it’s hard to shake that putrid playoff performance from the 2020 playoff bubble, in which he gave up 21 goals in five games (.851 save percentage) and lost all five. If he lays another postseason egg, the Blues’ alternative is Ville Husso, which is a bit like flying on a trapeze with wet tissue paper as a safety net.

Ocal: Easily Toronto. That has always been a concern, for as long as the Leafs have been making the playoffs. Andersen has health concerns and some Leafs fans wonder if he has a Stanley Cup run in him. Jack Campbell was the darling of the entire fan base with his winning streak, but he hasn’t performed on the playoff stage yet. Rittich has had his moments, but he also lacks postseason experience. It truly feels like now or never with the Leafs this season, with the play between the pipes a significant question mark.

Chandan: It’s strange to say this about the defending Vezina Trophy winner, but Connor Hellebuyck has been at his worst in April, with a .900 save percentage and 2.95 goals-against average this month. It gets worse, though, as the Jets seem destined for the No. 2 vs. No. 3 matchup with the Edmonton Oilers. Connor McDavid & Co. have been Hellebuyck’s worst team to face this season — .877 save percentage, 3.96 GAA — including getting pulled from Monday’s 6-1 loss. The Jets can’t bench their star, so they will need these next two weeks to get him right for the playoffs.

Kaplan: Stars vs. Predators (streaming live on ESPN+). Both of these teams are desperate to grab the fourth spot in the Central Division. Neither GM traded players at the deadline, believing their team could pull it out. This game could dictate who has the inside track over the final two weeks.

Wyshynski: Rangers vs. Islanders. The Rangers have faint playoff hopes in the East Division. The Islanders are battling to clinch a playoff spot and potentially earn home ice in the opening round. But the reason this game matters: It’s the last time the Islanders host the Rangers at Nassau Veterans Memorial Coliseum before they move into their fancy new barn at Belmont Park. That’s a lot of history. That’s a lot of shenanigans. Hopefully, on Saturday, there will be a few more.

Ocal: Golden Knights vs. Coyotes. The Yotes are fighting hard for that final playoff spot in the West, but the Blues have three games in hand and are three points ahead. Every single game counts for Arizona right now, and they face the division leaders in what might be one of the last chances for them to stay alive.

Chandan: Penguins vs. Capitals. These two are top-five scoring offenses, with trade-deadline pickups Jeff Carter and Anthony Mantha shooting well above their season averages for the Pens and Caps, respectively. The Penguins are expecting injured forward Evgeni Malkin back any day, which could shake up the second line that’s been humming as of late. The Capitals have the edge in goaltending, with Ilya Samsonov on a four-game win streak and Vitek Vanecek posting a 1-0 shutout of the Islanders on Tuesday. 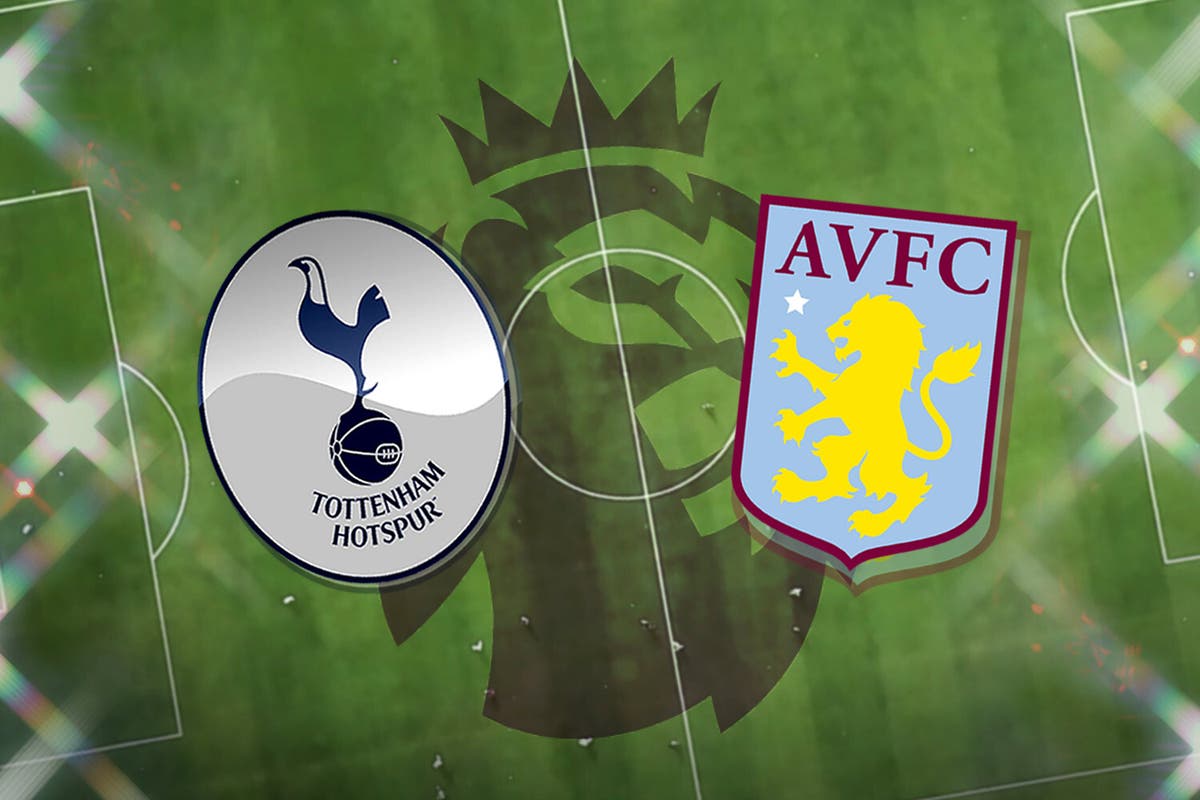 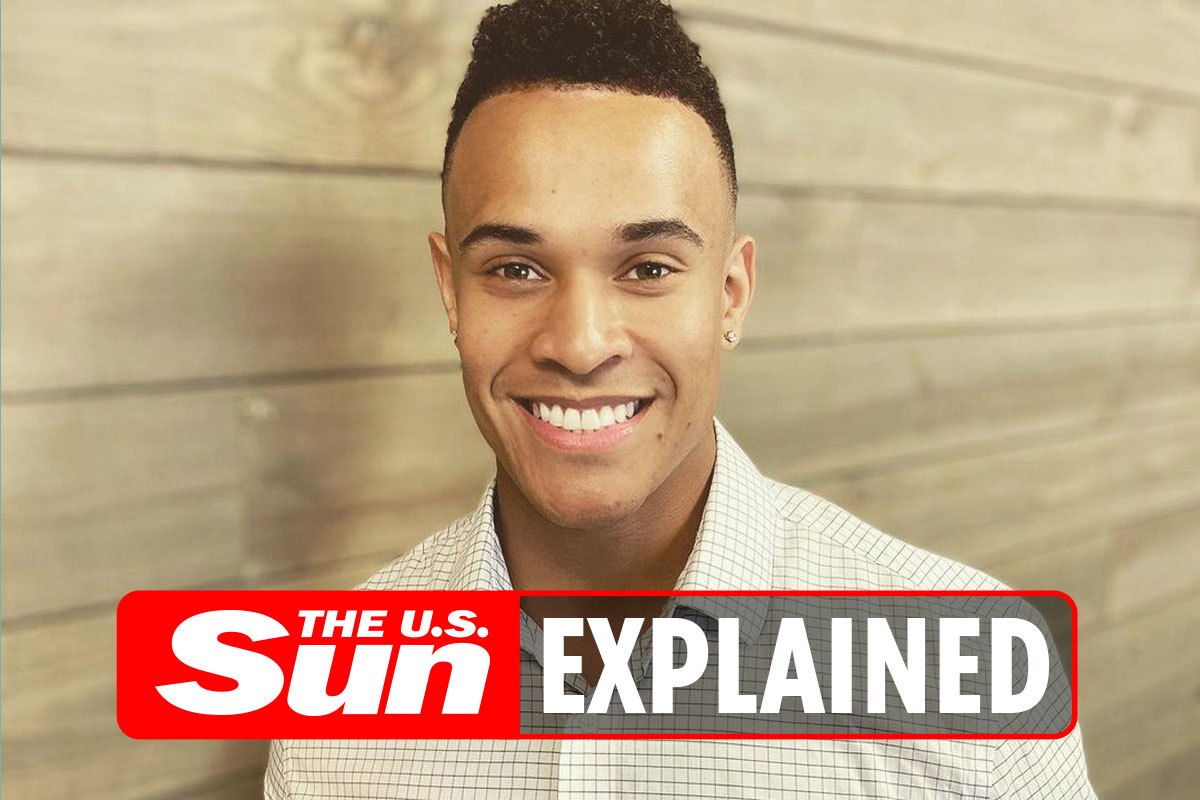 Who is Quartney Mixon? Bachelorette contestant on Katie’s season
2 mins ago

FX: Will The Global Recovery Shine This Week? | Investing.com
7 mins ago 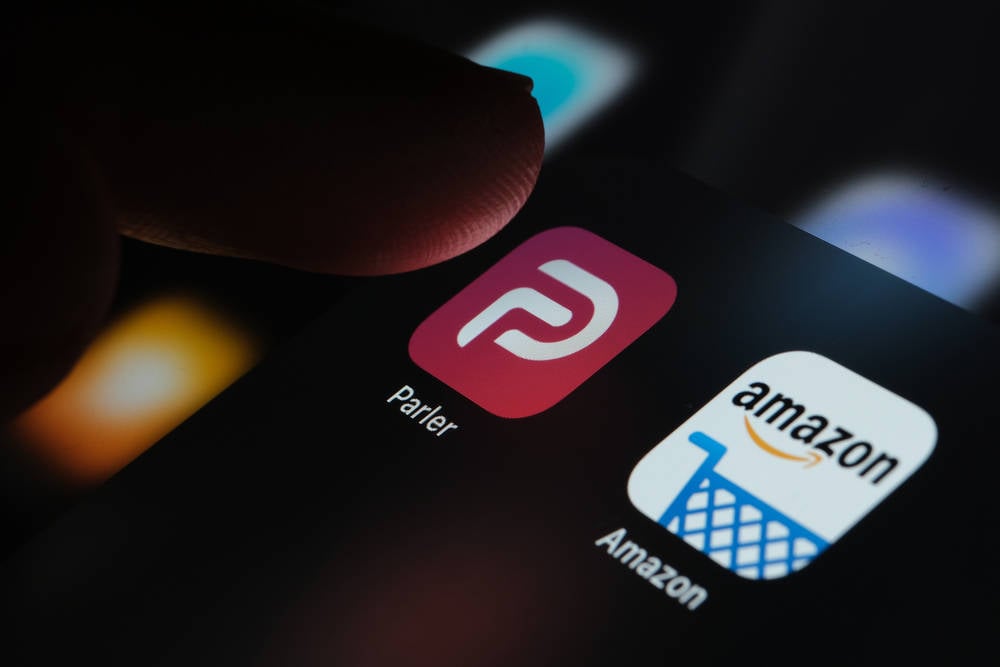