Ferrari’s Charles Leclerc will start Sunday’s Russian Grand Prix from the back of the grid due to a change of power unit, the Italian team said on Wednesday.

Ferrari said they would be introducing an updated hybrid system in Sochi, mainly to gain experience with it for the 2022 car project.

“A great deal of effort has gone into this, both technically and logistically, and so as to be able to use it as soon as possible, its introduction will be staggered between the drivers,” Ferrari said.

“Charles will be the first to have the new hybrid system. This decision is a precautionary measure relating to the potential risk of using the battery pack damaged in his Hungarian GP accident.

“In Sochi, Leclerc will have a brand new power unit and will therefore start from the back of the grid.”

Ferrari said a decision on Sainz’s car would be made “following an evaluation of the right compromise between competitiveness and the impact of the penalty.”

The Italian team are fighting McLaren for third place in the constructors’ standings.

McLaren finished one-two in the Italian Grand Prix at Monza, Australian Daniel Ricciardo securing the team’s first win since 2012, and are 13.5 points ahead of Ferrari.

Rank 1st WSB stock..! for NASDAQ:AAPL by Moshkelgosha
1 min ago

Industrial Wearables Transformed with the Introduction of RealWear Navigator 500 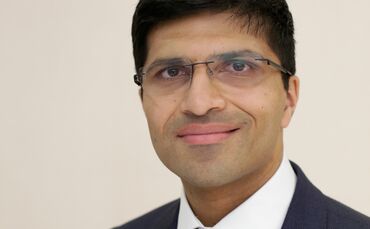