In order to put your team in the best possible position to win your league, you’ll need to make the most of your draft. That includes finding good values in players who will exceed their average draft position, landing at least one player who takes his game into the upper echelon and avoiding players who flop miserably.

With that in mind, our fantasy NBA experts — Andre’ Snellings, Eric Karabell, Jim McCormick and John Cregan — offer their top sleepers, breakouts and busts for the 2021-22 campaign.

Sleeper: A player who will far surpass his average draft position (ADP) in standard ESPN leagues.

Poeltl took over as the full-time starter for the Spurs last season, and for his last 46 games he was close to a walking double-double with averages of 10.0 PPG, 8.6 RPG, 2.1 BPG, 2.0 APG and 0.8 SPG. As the only legit big man on a Spurs team that also lacks an alpha scorer, and still only 25 years old in his first season as the unquestioned starter, Poeltl should get the opportunity to improve solidly on those numbers this season.

The Cleveland center enters his fifth season ready to emerge as a fantasy star. Allen, 23, averaged 13.6 PPG, 10.8 RPG and 1.5 BPG as a starter last season, while shooting 61% from the floor, and the organization adding USC star Evan Mobley will hardly stall Allen’s development. Mobley can space the floor and take his time emerging at power forward, since Kevin Love remains on the team, and Lauri Markkanen will be outside shooting 3-pointers. This leaves all the rebounds and blocks for Allen. A mere 13 qualified players averaged double figures in points and rebounds, and only two of them had more blocks than Allen, and only two shot better from the field. Watch Allen up his production to 15 PPG and 13 RPG, Rudy Gobert-lite, making him a bargain after the first five rounds.

Already a heat-check scorer with a 7.9 3-point attempts per 36 minutes through two seasons, Alexander-Walker could thrive as a starting guard for the Pelicans this season. Alexander-Walker has averaged 19.7 points in 14 career starts and has flashed with 2.5 combined blocks and steals per 36 minutes for his career. With Lonzo Ball and Eric Bledsoe off the roster, the minutes and touches could fuel a fun fantasy season.

Create or join an ESPN Fantasy Basketball league at any time for the 2021-2022 NBA season.

One of the more hyped fantasy players around before tearing his ACL, Issac runs the risk of going undrafted in standard-sized leagues. Orlando will take their time ramping Issac back up to speed. Health will be a factor for Isaac until it isn’t. But the Magic inked him to an $80 million extension and are basically looking at a developmental season. Figuring out Isaac’s offensive upside would be a worthy future-facing pursuit. Isaac doesn’t need heavy minutes or high usage to make noise in fantasy. Simply replicating his 2019-20 line (11.9 points, 6.8 rebounds, 1.6 steals, 2.3 blocks, 0.9 3s, 55.2 TS%) across 55-60 games will make Isaac an endgame steal.

Breakout: A player who will leap into or close to the upper echelon of players at his position for the first time because of a dramatic increase in production compared to his previous seasons.

Alexander-Walker seems poised to explode in magical year No. 3. Alexander-Walker is a professional scorer and offense creator, that lacked only for opportunity last season behind Lonzo Ball and Eric Bledsoe. In his first start of his sophomore season, he popped for 37 points, 8 boards and five treys. In 12 starts last season, he scored 30 or more points three times and at least 20 in another two. With Ball and Bledsoe no longer on the Pelicans, I expect both Alexander-Walker and new teammate Devonte’ Graham to have big seasons.

Well, one of these years Jackson has to stay healthy! Why not this year? Still a mere 22 years old, Jackson enters his fourth NBA season with a frustrating history of missing games, but also tantalizing fantasy managers with impressive career averages of 1.5 BPG, 0.8 SPG and 1.7 3PG. No NBA player averaged all those numbers last season. Memphis needs Jackson to score in the high-teens, and score he will. While the 6-11 Jackson may never average big rebound totals with Steven Adams clogging the paint, there is surely a pathway to 20 PPG, 6 RPG, 1 SPG, 2 BPG and 2.5 3PG, with good enough shooting, and this would make Jackson a special fantasy asset indeed. Fantasy managers should take the chance after securing a reliable core first.

The last time this guy was on the floor he averaged an absurd 2.3 blocks and 1.6 steals per game. That is historically elite defensive production. After missing all of last season to injury, there is some risk in securing Isaac in drafts this season, but this risk is also baked into his draft position. If he’s good to go, I think there is real potential for him to become the next 3-and-D fantasy star.

This is more of a pick for Points leagues. And I will assume relatively decent health (say, 65-70 games played). That said, who else is going to get as much usage in Toronto? VanVleet is a TS% albatross (and a player to avoid in roto). But in volume-friendly Points leagues, VanVleet could crack the top 20 overall.

Bust: A player who is expected to be a solid starter in standard ESPN leagues but will fail to live up to those expectations this season.

Does Wall count as a potential bust, given we already know the Rockets have agreed to shelve him until they can trade him… an event which seems exceedingly unlikely given his super-max contract? If he plays, he showed last season he could still put up respectable numbers, but there’s a legitimate chance he doesn’t play at all this season. If not Wall, I’ll go with Rose, who is coming off a strong season as the primary backcourt creator for the Knicks, even if in a bench role. The Knicks brought in Kemba Walker and Evan Fournier, however, to create from the perimeter, and sophomore Immanuel Quickley looks ready to take a larger role as well. There just doesn’t seem to be enough pie left for Rose to replicate his performance from last season.

Moving on to the Knicks made big news and made fantasy managers quite excited, but playing at Madison Square Garden alone cannot fix the degenerative knee issues that ruined Walker’s stay in Boston. Things are unlikely to improve. Not only did Walker, 31, miss ample time the past few seasons, but also his on-court numbers were disappointing. The big scoring and assist totals are gone, and unlikely to return with Julius Randle dominating the offense. With Rose around, the Knicks will handle Walker’s minutes and workload so carefully, and fantasy managers will wonder why they spent a top-50 pick here. I want to believe in Walker, but reality sets in. Walker is now a lesser version of CJ McCollum, with myriad missed games pending.

I actually like this player a good bit in that he brings an atypically high block rate and some fun scoring metrics at his best, but given that White is positioned as a mid-round option likely to flirt with top-20 average draft position at point guard, I think he could fail to live up to this. Not only are there real durability concerns with White, but a somewhat murky guard and wing rotation with Dejounte Murray, Lonnie Walker and Devin Vassell clouds his usage to a degree.

You’re taking all the risks with Thompson that you’d take with Jonathan Isaac. In the aggregate, you’ll probably get similar Points league production. The only difference is that you’ll have to expend a mid-round pick for the right to watch Golden State take their time (probably the first half of the season) getting Thompson back up to full starter’s minutes. We’re all rooting for a return to form for Thompson, but a more realistic expectation is for him to be at full strength just in time for the playoffs. Not your fantasy playoffs — the NBA playoffs. 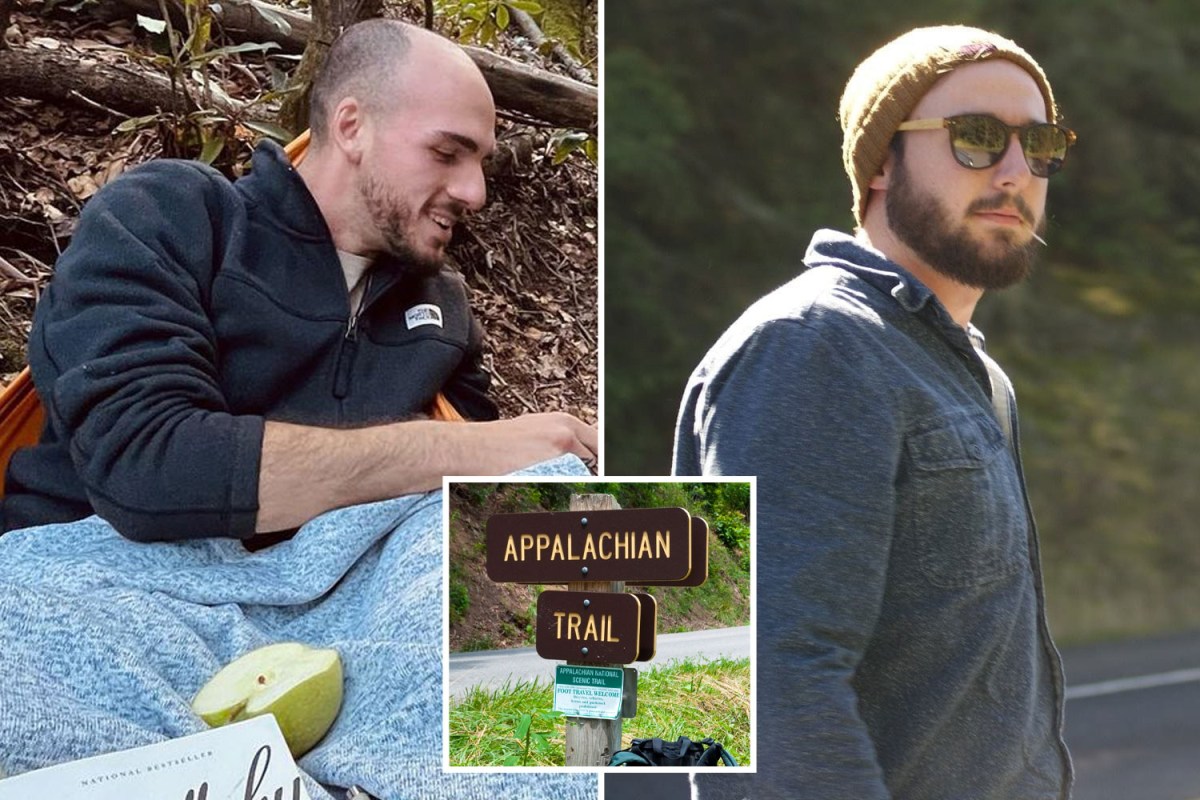 Brian Laundrie ‘lookalike’ ambushed by U.S. Marshals on the Appalachian Trail
6 mins ago