Barcelona president Joan Laporta said the club are set to receive an initial bonus of €1 billion if the breakaway European Super League goes ahead.

Barca, Real Madrid and Juventus, among the 12 founding clubs, are still involved in the project, and Laporta said it would solve the club’s financial woes and make the team more competitive.

“For starters, there would be a bonus of €1bn for the founding clubs,” Laporta told SPORT in an interview. “Per season, we could get around €300m annually in this competition. Moreover, the key to the Super League is that it will be governed by the clubs. UEFA, obviously, would be there at the governing table, but the clubs would be a majority.”

The Super League project was launched in April 2021 but collapsed 48 hours later after Premier League clubs pulled out due to a widespread public backlash and political opposition.

The European Court of Justice (ECJ) is set to rule in the coming months on the challenge made by Madrid, Barcelona and Juventus, the clubs that remain in the project, to the alleged monopoly they say UEFA has over international competitions.

Football’s governing bodies, UEFA and FIFA, are against the creation of the Super League.

“In March we expect a resolution from the Luxemburg courts and having begun a dialogue with UEFA, I believe in a couple of seasons the competition could start,” Laporta added.

“Last Tuesday’s meeting between the Super League CEO Bernd Reichart with UEFA president Aleksander Ceferin, was an important step forward. What the Super League aims to do is improve football, fight for the sustainability of football, so that the clubs come out of bankruptcy, so that the clubs can be more and more competitive and have more resources.”

Laporta said in August 2021 that his board had inherited a club record debt of €1.35bn, but the sale of assets this summer allowed Barca to reduce the debt and spend over €150m in the transfer window.

“The economic levers have helped to save the club from bankruptcy and to build a competitive team,” Laporta said. “But the hole was so big that we still have an operating deficit of €200m annually as a result mainly of the enormous expenses that we have, especially with the wage bill.”

“To sign in winter, we would have to incorporate players that improve what we already have,” Laporta said. “It’s not easy, especially considering that we continue to have fair play problems due to our elimination from the Champions League [in the group stages] which has reduced our budgeted income.

“LaLiga has already warned us that we will have less capacity to sign. We will try to reverse it by negotiating with LaLiga to reconsider its interpretation [of the rules] and achieve new income with victories in the Europa League or the Spanish Super Cup. Even with some friendly matches during the World Cup.”

For a second straight season, Barca were knocked out of the Champions League in the group stages. They will take on Manchester United in the Europa League playoff in February.

Barca sit at the top of the LaLiga table heading into the international break for the World Cup, and Laporta said winning the title is the club’s priority after a disappointing Champions League campaign.

“I evaluate this first phase of the season positively,” he said. “This season’s priority is LaLiga. An increasingly competitive team has been improved, although it is still under construction. But it has already begun to generate great expectations.”

“I knew that in my first season at Barcelona we were not going to win everything,” he said. “This team is still rebuilding and needs time, this is part of the process. We should be playing in the next round of the Champions League and be in the round of 16.

“It hasn’t been like that, but we’ve learned a lot, especially because we have a lot of young players. I believe that in a few months you will see the progress we have made at Barcelona.

No. 2 Michigan beats Purdue for its 2nd straight Big Ten title — cementing a spot in the College Football Playoff
1 min ago 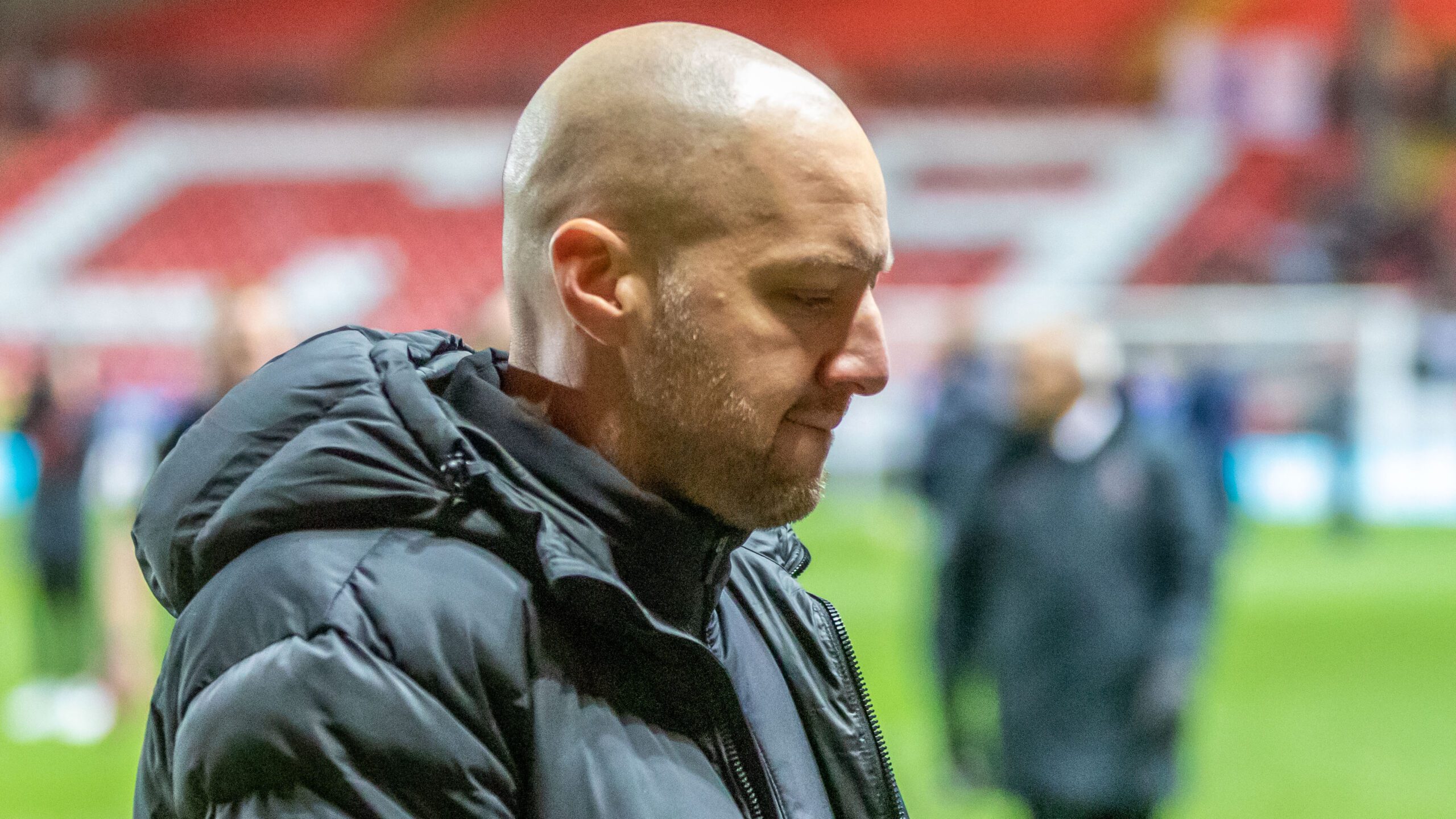 Four takeaways from Charlton’s defeat against Cheltenham Town: The Addicks always have an error in them
5 mins ago