A massive asteroid described as a ‘planet killer’ has been spotted lurking in the inner Solar System – and it could one day hit Earth, scientists warn.

Nearly a mile in diameter (1.5km), the asteroid, called 2022 AP7, has an orbit that crosses the orbit of Earth and is described as ‘potentially hazardous’.

It’s one of three near-Earth asteroids (NEAs) found in the inner Solar System, hiding in the glare of the sun, although the other two are smaller.

The rocky trio were discovered using the Dark Energy Camera at the Cerro Tololo Inter-American Observatory in Coquimbo, northern Chile.

Nearly a mile in diameter (1.5km), the asteroid is one of three near-Earth asteroids (NEAs) found in the inner Solar System (artist’s impression) 2022 AP7 is the largest ‘potentially hazardous’ object to be discovered in the last eight years. It has an orbit that may someday place it in Earth’s orbit, although the asteroid’s orbit is elliptical, meaning it is not perfectly circular, so its distance from Earth changes

The three new discoveries – 2022 AP7 and the other two smaller asteroids called 2021 PH27 and 2021 LJ4 – are described in The Astronomical Journal.

Because they’re hiding in the inner Solar System, the region within the orbits of Earth and Venus, researchers had to contend with the glare of the sun to find them.

By taking advantage of the brief observing conditions during twilight, the astronomers were able to find the ‘elusive trio’.

‘Our twilight survey is scouring the area within the orbits of Earth and Venus for asteroids,’ said Scott S. Sheppard, an astronomer at the Earth and Planets Laboratory of the Carnegie Institution for Science.

‘So far we have found two large near-Earth asteroids that are about 1 kilometer across, a size that we call planet killers.

‘There are likely only a few NEAs with similar sizes left to find, and these large undiscovered asteroids likely have orbits that keep them interior to the orbits of Earth and Venus most of the time.

‘Only about 25 asteroids with orbits completely within Earth’s orbit have been discovered to date because of the difficulty of observing near the glare of the sun.’ 2022 AP7 is the largest ‘potentially hazardous’ object to be discovered in the last eight years.

It has an orbit that may someday place it in Earth’s orbit, although the asteroid’s orbit is elliptical, meaning it is not perfectly circular, so its distance from Earth changes.

WHAT ARE NEAR-EARTH ASTEROIDS?

Near-Earth asteroids are rocky bodies orbiting the sun on a path that brings them close to Earth’s orbit.

An asteroid is called a near-Earth asteroid (NEA) when its trajectory brings it within 1.3 astronomical units (AU) of the sun.

A single astronomical unit is the distance between the sun and Earth – 93 million miles.

Because of this elliptical orbit, 2022 AP7 takes five years to orbit the sun.

For the ‘foreseeable future’, 2022 AP7 will cross Earth’s orbital path when Earth is on the other side of the sun to the asteroid, Sheppard told MailOnline – meaning a collision with Earth won’t happen anytime soon.

‘Slowly over time the asteroid will start to cross Earth’s orbit closer to where the Earth is,’ he said.

‘But this will be centuries into the future and we do not know the orbit of 2022 AP7 precise enough to say much about its dangers centuries from now.

2021 PH27, which measures 0.6 mile (1km) in diameter, is the closest known asteroid to the sun and therefore has a surface hot enough to melt lead.

Finding asteroids in the inner Solar System is difficult, because experts have only two brief 10-minute windows each night to survey this area and must contend with a bright background sky resulting from the sun’s glare.

What’s more, such observations are very near to the horizon, meaning astronomers have to observe through a thick layer of Earth’s atmosphere, which can blur and distort observations.

Discovering the new asteroids was possible due to the capabilities of the Dark Energy Camera (DECam), which can capture large areas of sky and the faint objects within.

‘Asteroids are faint and you are fighting the bright twilight sky near the sun as well as the distorting effect of Earth’s atmosphere,’ said Sheppard.

‘DECam can cover large areas of sky to depths not achievable on smaller telescopes, allowing us to go deeper, cover more sky, and probe the inner Solar System in ways never done before.’

Another ‘potentially hazardous’ NEA, called 2022 RM4, is about to fly past Earth at 18:26 GMT on Tuesday night.

There are more than 30,000 NEAs known to exist in the Solar System, including one called 1036 Ganymed that has a diameter of about 22 miles (35km).

‘Thankfully this giant body is known to always remain at a safe distance to Earth,’ said Richard Moissl, head of planetary defence at the European Space Agency.

An asteroid is a large chunk of rock left over from collisions or the early Solar System. Most are located between Mars and Jupiter in the Main Belt.

A comet is a rock covered in ice, methane and other compounds. Their orbits take them much further out of the Solar System. 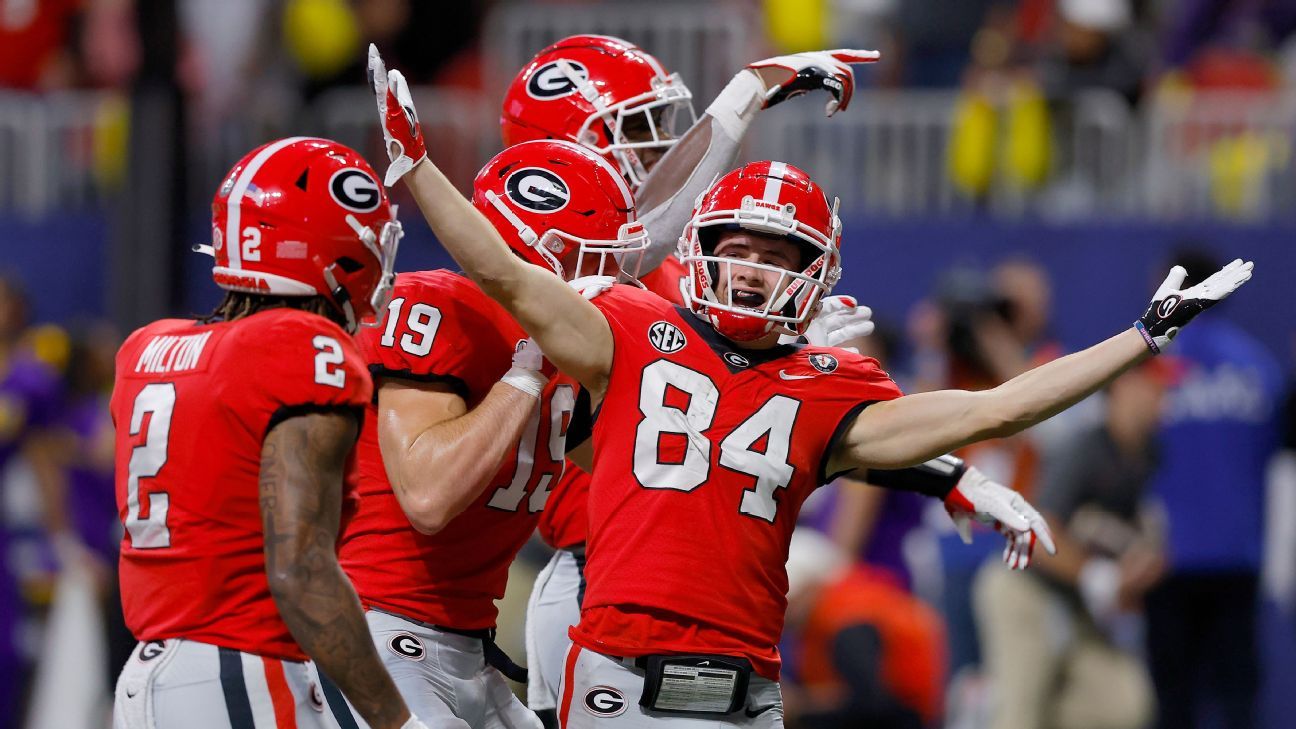 US college football: big money game is now beyond a jock
10 mins ago