The oldest example of applied geometry has been discovered on a 3,700-year-old clay tablet featuring maths attributed to Pythagoras 1,000 years later.

The tablet, known as Si.427 was discovered in the late 19th Century in central Iraq, but its significance had remained unknown until it was analysed in more detail by mathematicians from the University of New South Wales in Sydney, Australia.

The tablet dates from the Old Babylonian period, which was between 1900 to 1600 BC, and includes maths that was used by surveyors to define land boundaries.

Lead author Dr Daniel Mansfield described it as a ‘significant object’ due to the fact it includes an example of what is now known as ‘Pythagorean triples’, used to make accurate right angles, but 1,000 years before Pythagoras was alive.

The oldest example of applied geometry has been discovered on a 3,700-year-old clay tablet featuring maths usually attributed to Pythagoras

WHAT IS A PYTHAGOREAN TRIPLE?

A Pythagorean triple is three positive numbers – a, b and c.

Triples are commonly written as (a,b,c) and a common example is 3,4,5.

It is derived from Pythagorean theorem where every right triangle has side lengths that satisfy a2 + b2 = c2.

While attributed to the Greek philosopher Pythagoras, they have been found on tablets from 1,000 years before he lived.

They are widely used by engineers and architects in planning everything from a roof slope to engine position.

‘It’s the only known example of a cadastral document from the Old Babylonian period, which is a plan used by surveyors to define land boundaries, said Dr Mansfield.

‘In this case, it tells us legal and geometric details about a field that’s split after some of it was sold off.’

He said the discovery and analysis of the tablet have important implications for the history of mathematics, putting geometry centuries earlier than first thought.

In 2017, Dr Mansfield found that another fascinating artefact from the same period, known as Plimpton 322, was a unique kind of trigonometric table.

He said: ‘It is generally accepted that trigonometry – the branch of maths that is concerned with the study of triangles – was developed by the ancient Greeks studying the night sky in the 2nd Century BC.

‘But the Babylonians developed their own alternative ‘proto-trigonometry’ to solve problems related to measuring the ground, not the sky.’

Si.427 is thought to have existed even before Plimpton 322 – in fact, surveying problems likely inspired Plimpton 322, according to Dr Mansfield.

He said: ‘There is a whole zoo of right triangles with different shapes.

‘But only a very small handful can be used by Babylonian surveyors. Plimpton 322 is a systematic study of this zoo to discover the useful shapes.’

Back in 2017, the research team speculated about the purpose of the Plimpton 322, hypothesising that it was likely to have had some practical purpose, possibly used to build palaces, temples, canals or survey fields.

Dr Mansfield said the new tablet reveals why they were interested in geometry when creating Plimpton 322 – to lay down precise land boundaries.

‘This is from a period where land is starting to become private – people started thinking about land in terms of ‘my land and your land’, wanting to establish a proper boundary to have positive neighbourly relationships,’ he said. Lead author Dr Daniel Mansfield (pictured) described it as a ‘significant object’ due to the fact it includes an example of what is now known as ‘Pythagorean triples’, used to make accurate right angles, but 1,000 years before Pythagoras was alive

Pythagoras of Samos was an ancient Ionian Greek philosopher famed for his work in geometry.

He was the founder of the school of Pythagoreanism and was influenced by Plato and Aristotle.

He was credited with mathematical and scientific discoveries.

These included the Pythagorean theorem, the Theory of Proportions and the sphericity of the Earth.

He also identified Venus and was the first to call himself a philosopher.

A number of the discoveries attributed to Pythagoras may have been developed originally by Babylonians.

‘And this is what this tablet immediately says. It’s a field being split, and new boundaries are made.’

Dr Mansfield says there are even clues hidden on other tablets from that time period about the stories behind the boundaries.

One refers to a dispute between Sin-bel-apli – a prominent individual mentioned on many tablets including Si.427 – and a wealthy female landowners.

The dispute is over valuable date palms on the border between their two properties. The local administrator agrees to send out a surveyor to resolve the dispute.

‘It is easy to see how accuracy was important in resolving disputes between such powerful individuals,’ said Dr Mansfield, adding the way boundaries are made reveals a real understanding of geometry.

‘Nobody expected that the Babylonians were using Pythagorean triples in this way,’ he added.

‘It is more akin to pure mathematics, inspired by the practical problems of the time.’

Dr Mansfield explained that a simple way to make an accurate right angle is to make a rectangle with sides 3 and 4, and diagonal 5.

These special numbers form the 3-4-5 ‘Pythagorean triple’ and a rectangle with those measurements has mathematically perfect right angles. The tablet, known as Si.427 was discovered in the late 19th Century in central Iraq, but its significance had remained unknown until it was analysed in more detail by mathematicians from the University of New South Wales in Sydney, Australia

This was important to ancient surveyors and is still used thousands of years later.

‘The ancient surveyors who made Si.427 did something even better: they used a variety of different Pythagorean triples, both as rectangles and right triangles, to construct accurate right angles,’ said Dr Mansfield.

However, he said it is difficult to work with prime numbers bigger than five in the base 60 Babylonian number system.

‘This raises a very particular issue – their unique base 60 number system means that only some Pythagorean shapes can be used,’ he explained. In 2017, Dr Mansfield found that another fascinating artefact from the same period, known as Plimpton 322 (pictured), was a unique kind of trigonometric table

WHAT IS THE PLIMPTON 322 TABLET?

A trigonometric table allows people to use one known ratio of the sides of a right-angle triangle to determine the other two unknown ratios.

Plimpton 322 uses a particular form of trigonometry to make these calculations.

The tablet has four columns and 15 rows of numbers written on it in the cuneiform script of the time using a base 60, or sexagesimal, system.

The 15 rows on the tablet describe a sequence of 15 right-angle triangles, which are steadily decreasing in inclination.

This would have let builders quickly calculate how to build palaces, temples and canals.

Researchers believe that there were originally six columns and that the tablet was meant to be completed with 38 rows.

This would have allowed for an even greater number of calculations.

‘It seems that the author of Plimpton 322 went through all these Pythagorean shapes to find these useful ones.

‘This deep and highly numerical understanding of the practical use of rectangles earns the name ‘proto-trigonometry’ but it is completely different to our modern trigonometry involving sin, cos, and tan.’

Dr Mansfield first learned about Si.427 when reading about it in excavation records – the tablet was dug up during the Sippar expedition of 1894, in what is the Baghdad province of Iraq today.

He added: ‘It was a real challenge to trace the tablet from these records and physically find it – the report said that the tablet had gone to the Imperial Museum of Constantinople, a place that obviously doesn’t exist anymore.

‘Using that piece of information, I went on a quest to track it down, speaking to many people at Turkish government ministries and museums, until one day in mid 2018 a photo of Si.427 finally landed in my inbox.

‘That’s when I learned that it was actually on display at the museum.

‘Even after locating the object it still took months to fully understand just how significant it is, and so it’s really satisfying to finally be able to share that story.’

But one mystery remains, according to Dr Mansfield. On the back of the tablet, at the very bottom, it lists the sexagesimal number ’25:29′ in big font – think of it as 25 minutes and 29 seconds.

He added: ‘I can’t figure out what these numbers mean – it’s an absolute enigma.

‘I’m keen to discuss any leads with historians or mathematicians who might have a hunch as to what these numbers are trying to tell us.’

The findings have been published in the journal Foundations of Science.

WHO WERE THE BABYLONIANS?

The Babylonian Empire was the most powerful state in the ancient world after the fall of the Assyrian empire in 612 BCE.

Its capital, Babylon, was created by King Nebuchadnezzar, who erected several famous buildings.

The Babylonians were thought to be responsible for the burning of Jerusalem 2,600 years ago.

This was described in the Bible’s Book of Jeremiah, which states: ‘He burned the house of the Lord, and the king’s house; and all the houses of Jerusalem, even every great man’s house, burned he with fire.’

During the reign of King Jehoiakim, in 597 BC, King Nebuchadnezzar of Babylon besieged the city, following a long struggle between Judah and Babylon.

The nation of Judah continued to exist under Babylonian rule with King Zedekiah installed in Jerusalem as a puppet king.

After King Zedekiah rebelled too, the city fell in 586 BC.

According to the Bible, the Babylonians burned all the houses of Jerusalem, stating: ‘every great house he burned down.’

After the destruction of Jerusalem, Gedaliah was placed in charge as a governor in Judah, but he was killed two months after his appointment, causing many of the remaining Jews to flee to Egypt in fear of their lives.

This group of refugees included the prophet Jeremiah, who was forced against his will to go to Egypt. 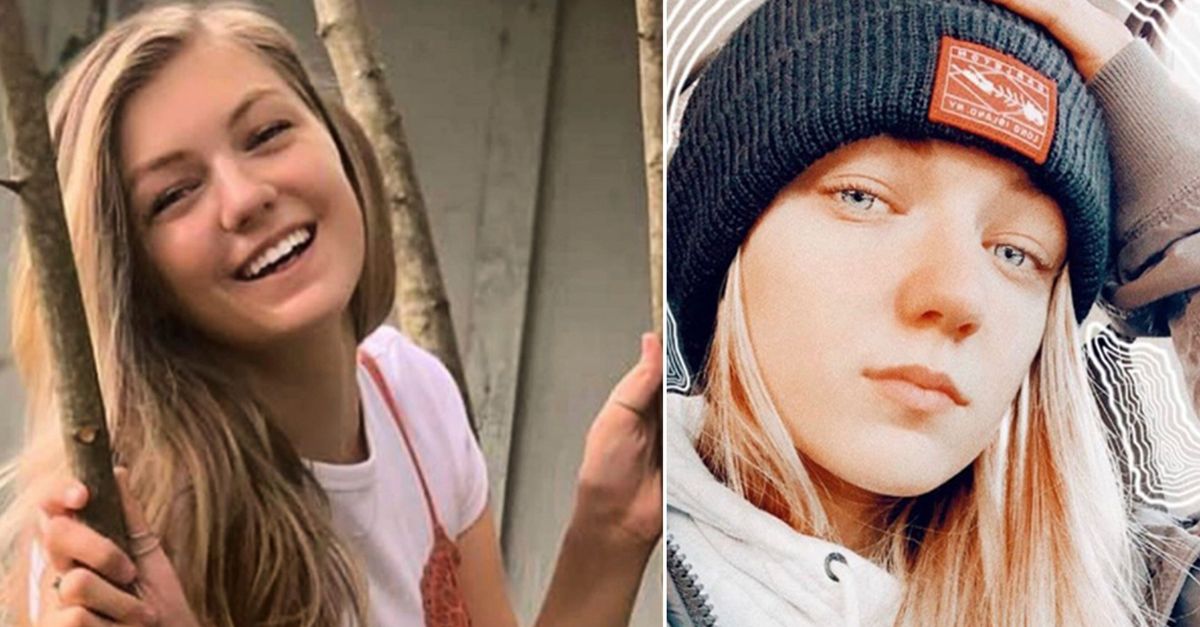 Gabby Petito Disappearance: What We Know So Far
2 mins ago

Gabby Petito Disappearance: What We Know So Far 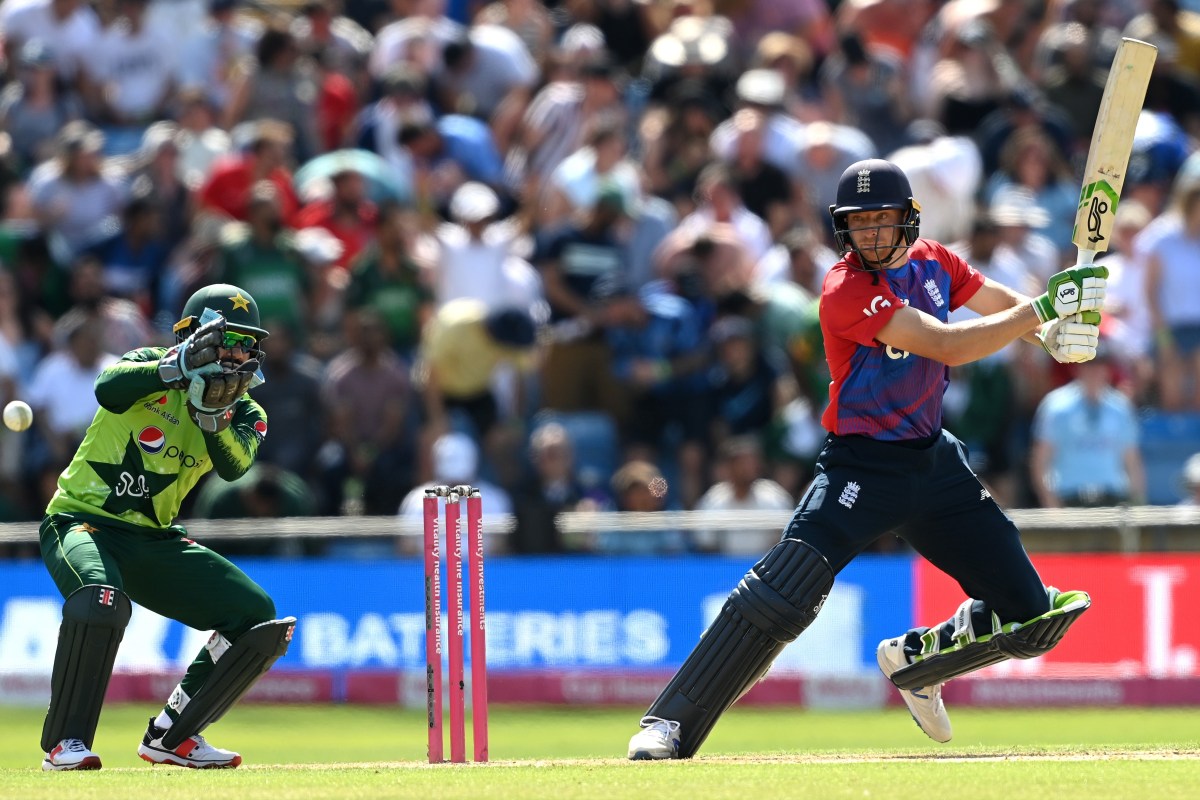