NASA‘s Voyager-1 spacecraft, travelling outside the solar system, has sent back new data revealing a ‘hum’ given off by interstellar gas 14 billion miles from the Earth.

The spacecraft, currently further away from the Earth than any human-made object before it, launched 44 years ago to study the gas giants of the outer solar system.

Its instruments have now recorded the ‘constant drone’ of plasma – the fourth state of matter that makes up 99.9 per cent of the universe – while in interstellar space.

The very faint and monotone sound has been sent back to Earth by Voyager-1 in a ‘narrow frequency bandwidth’.

Cornell University astronomers, who carried out the analysis of the interstellar hum,  say the signal carrying the data was so weak it isn’t audible without manipulation.

It’s hoped that the discovery of a constant hum will help astronomers understand more about how the medium interacts with the very edges of the Sun’s solar winds.

NASA’s Voyager-1 spacecraft, travelling outside the solar system, has sent back new data revealing a ‘hum’ given off by interstellar gas 14 billion miles from the Earth

The interstellar medium is the matter and radiation existing in space between star systems in a galaxy.

It includes gases found in atomic and molecular form, as well as dust and cosmic rays from nearby stars.

In the solar system the Medium begins at the edge of the heliopause, the point where the Sun’s winds reach equilibrium with the medium.

Recent studies have shown the medium has a low, persistent hum, picked up by Voyager-1.

It is an important state in astrophysics as has an intermediate role between stellar and galactic scales.

The densest regions of the interstellar medium can support star formation.

Through stellar winds and supernovae the stars replenish the matter in the interstellar medium.

Examining data slowly sent back from more than 14 billion miles away, Stella Koch Ocker, a Cornell doctoral student in astronomy, uncovered the emission.

‘It’s very faint and monotone, because it is in a narrow frequency bandwidth,’ Ocker said. ‘We’re detecting the faint, persistent hum of interstellar gas.’

Voyager 1 crossed into interstellar space in August 2012 – and is continuing to collect data. No manmade object has travelled further than NASA’s iconic spacecraft.

It carries a copy of the Golden Record – a ‘message to aliens’ compiled by legendary astronomer Carl Sagan.

There are greetings in 55 languages, pictures of people and places on Earth and music ranging from Beethoven to Chuck Berry’s ‘Johnny B. Goode.’

Crossing into interstellar space involved going through the heliopause – the theoretical boundary where the Sun’s solar wind meets the interstellar medium.

The study published in Nature Astronomy shows how the heliosphere is shape and modified, say the New York team.

After entering interstellar space in 2012, Voyager’s Plasma Wave System detected gas bursts caused by our own sun, with a steady, persistent signature from the tenuous near-vacuum of space between the bursts.

Senior author Professor James Cordes said: ‘The interstellar medium is like a quiet or gentle rain,’ adding that when there is a solar outburst it is like detecting a lightning burst in a thunderstorm, then going back to gentle rain.

Ocker believes there is more low-level activity in the interstellar gas than scientists had previously thought, which allows researchers to track the spatial distribution of plasma – that is, when it’s not being perturbed by solar flares.

Co-author Shami Chatterjee said: ‘We’ve never had a chance to evaluate it. Now we know we don’t need a fortuitous event related to the sun to measure interstellar plasma. Regardless of what the sun is doing, Voyager is sending back detail.

‘Voyager is quite distant and will be doing this continuously,’ said Chatterjee, or at least until it runs out of power required to send data back to the Earth. Voyager 1 crossed into interstellar space in August 2012 – and is continuing to collect data. No manmade object has travelled further than NASA’s iconic spacecraft The spacecraft, currently further away from the Earth than any human-made object before it, launched 44 years ago to study the gas giants of the outer solar system

NASA plans to send a probe where no probe has been before, flying to the edge of the heliosphere by the early 2030s to understand how the solar system formed.

The heliosphere is the bubble of space surrounding the sun and enclosing all the planets, from Mercury to Neptune and is affected by solar winds.

So far Voyager 1 and Voyager 2, launched in 1977, are the only probes to venture outside the heliosphere, currently 14 and 11 billion miles from Earth respectively.

Currently dubbed the Interstellar Probe, NASA wants to send the spacecraft out to 1,000 AU (astronomical units) in the 2030s.

Along the way to that 1,000 AU, marking the inner edge of the Oort Cloud, a 100,000 AU stretch of ancient comets and icy rocks, it will examine the heliosphere, planets and more.

The emission appears to be distinct from shock-generated plasma oscillations, that is those created by strong solar winds, that were previously used to measure the local density of plasma outside the heliopause.

The persistence of the emission through the most recent data published from Voyager-1 suggests that it may continue to be detectable by Voyager-1.

‘This future work will improve our understanding of the large-scale structure of the VLISM (Very Local Interstellar Medium) and may reveal the extent of the Sun’s role mediating interstellar turbulence,’ the authors wrote.

While it will continue on its voyage even after its power runs out due to momentum, by 2025 the spacecraft will no longer be able to send signals back to Earth.

So the scientists involved in the mission are taking every opportunity to study the data, learn more about interstellar space and prepare for the next mission.

The findings have been published in the journal Nature Astronomy.

WHERE ARE THE VOYAGERS NOW?

Voyager 1 is currently 14 billion miles away from Earth, travelling northward through space.

The probe has sent back data to NASA once it reached interstellar space that cosmic rays are as much as four times more abundant in that region, beyond the sun’s direct influence, than in the vicinity of Earth.

This suggests that the heliosphere, the region of space that contains our solar system’s planets, may act as a radiation shield.

The contrasting locations of the two spacecraft allow scientists to compare two regions of space where the heliosphere interacts with the interstellar medium.

Voyager 2 crossing into the interstellar medium allows scientists to sample the medium from two different locations at the same time. 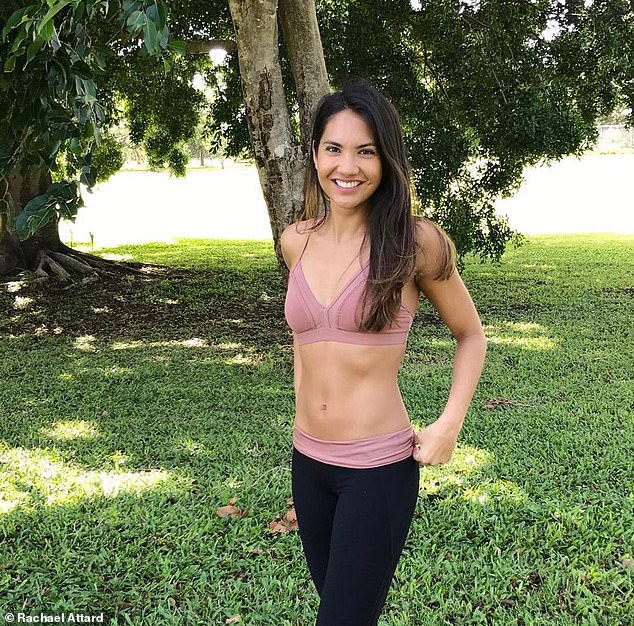 How to build a strong core: Personal trainer reveals the workout moves she uses with clients
2 mins ago

How to build a strong core: Personal trainer reveals the workout moves she uses with clients 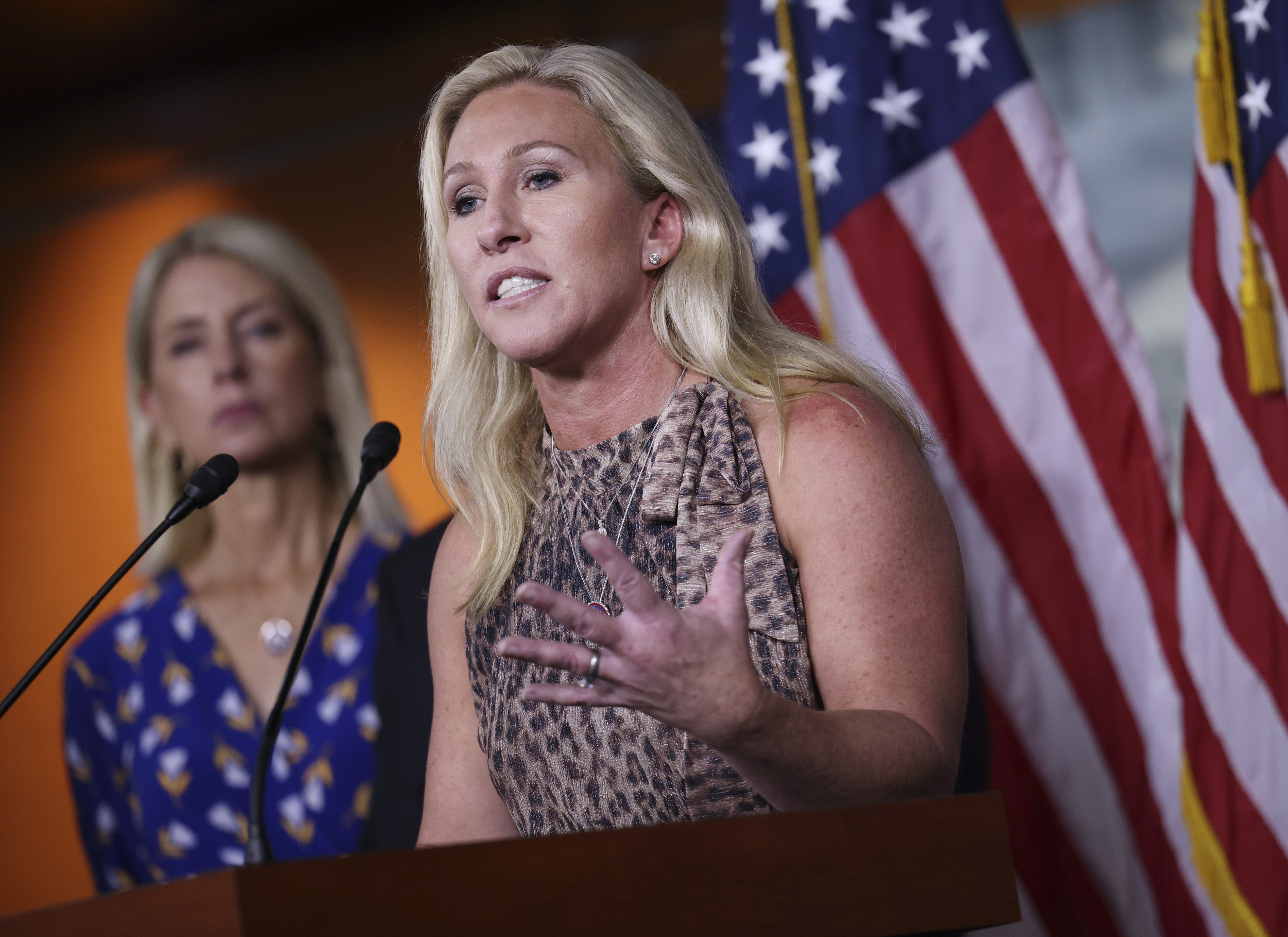