Scientists are describing a set of 23,000-year-old human footprints discovered in New Mexico as the earliest evidence of human activity in the Americas.

Using radiocarbon dating of seed layers above and below the tracks, experts from the U.S. Geological Survey dated the footprints as having been made over a period of at least 2,000 years, according to research published today in the journal Science.

The oldest tracks date from around 23,000 years ago, a period that corresponds to the Last Glacial Maximum, when ice sheets covered much of North America and sea levels were about 400 feet lower than today.

The prints reveal more than just a date, the researchers say. They offer a glimpse into what life was like during the Upper Paleolithic Era, which started about 40,000 years ago.

Most were left by teens and younger children, with occasional tracks from adults, as well as some from mammoths, giant ground sloths, and dire wolves.

‘The footprints left at White Sands give a picture of what was taking place, teenagers interacting with younger children and adults,’ co-author Matthew Bennett, a geographer at Bournemouth University said in a release.

‘We can think of our ancestors as quite functional, hunting and surviving, but what we see here is also activity of play, and of different ages coming together,’ Bennett added. ‘[It’s] a true insight into these early people.’

Footprints found in White Sands National Park in New Mexico date to 23,000 years ago, making them the first ‘unequivocal evidence’ of homo sapiens in the New World thousands of years before most estimates

‘All of the trackways we’ve found there show an interaction of humans in the landscape alongside extinct animals,’ co-author Sally Reynolds, a mammalian paleontologist at Bournemouth University, said in the release.

‘We can see the co-existence between humans and animals on the site as a whole and by being able to accurately date these footprints, we’re building a greater picture of the landscape.’

White Sands resource manager David Bustos was the first to come across the ancient prints in 2008.

While he said it was exciting to have confirmation of their age, he was saddened that the region where they were laid bare is being rapidly lost due to ongoing soil erosion.

Designated a megatrack site in 2014, White Sands contains the world’s largest collection of fossilized footprints from the Pleistocene era.

Earlier prints found on the White Sands trackway indicate young humans were hunting giant ground sloths in the area by purposely stepping in the animal’s tracks. Most of the prints at the White Sands site belonged to teens and children, with a few from adults. Researchers say this  indicates ‘activity of play, and of different ages coming together’

‘This wasn’t just one human footprint and one sloth footprint. Somebody was walking along, purposely putting their feet in the sloth tracks,’ said University of Arizona anthropologist Vance Holliday in a 2018 statement.

‘It’s pretty amazing to see that sort of fleeting evidence of behavior. You don’t see that kind of thing very often in the really early archeological record.’

Analysis of the tracks indicate most where made by teenagers and younger children, with occasional prints from adults, as well as mammoths and giant ground sloths

Despite the sloth’s reputation for laziness, its prehistoric precursor was quite daunting.

Standing seven to eight feet tall with razor sharp claws, it could eviscerate a hunter with one swipe.

The researchers found human tracks a safe distance away from the sloth, suggesting a group effort at hunting that made use of distraction and misdirection ‘to gain the upper hand in deadly close-quarter combat,’ according to the release.

Reynolds told DailyMail.com because researchers know the White Sands prints were made by homo sapiens, they can use modern growth data to determine the ages of the people who made them. Because the prints were made by homo sapients, researchers were able to compare them to modern humans and estimate the age of the people who made

‘We can then compare the fossil foot size data and make an estimate based on the modern human ages for similar foot sizes,’ she said.

For decades it’s been generally held that homo sapiens first entered North America between 13,000 and 16,000 years ago — after the melting of the North American ice sheets opened up migration routes and much later than the Reynolds and her colleagues suggest.

Few archaeologists have claimed reliable evidence for human habitation older than about 16,000 years.

Dan Odess, a science advisor with the National Park Service, said the discovery at White Sands will make other purportedly ancient human sites in the Western Hemisphere ‘that much more plausible, even if the evidence they contain is less unequivocal.’ Radiocarbon dating of seed layers above and below the tracks (above) allowed experts from the US Geological Survey to accurately dated the footprints as having been made over a period of at least 2,000 years

‘This doesn’t mean all of those sites are legitimate,’ Odess added, ‘but it means they cannot be dismissed out of hand.’

One of those disputed sites is the Chiquihuite cave in northeast Mexico’s Astillero Mountains, where  a June 2020 study in the journal Nature pointed to evidence of human occupation thousands of years earlier than the team at White Sands.

Over a 10-year period, archaeologists say they found nearly 2,000 stone tools in the cave, with radiocarbon analysis dating some back 27,000 years ago.

Additional radiocarbon dates from samples of sediments, animal bones, and charcoal start even earlier — approximately 33,000 years ago — but some critics questioned whether the stone samples were actually made by humans. Archaeologists say stone fragment found in Mexico suggest humans were in North America around 27,000 years ago — even earlier than the footprints —but critics question whether the stone samples were actually made by humans

Odess counters that the White Sands footprints are ‘unequivocal evidence for human presence in the Americas during the Last Glacial Maximum.’

Most academics believe humans migrated from Asia to the Americas via a land bridge across the Bering Strait, which is now underwater and forms the Bering Sea between Alaska and Russia.

But during the Ice Age, which started around 33,000 years ago and lasted until around 16,000 years ago, this route was blocked by glaciers.

The authors of the 2020 Nature article suggested humans from northeast Asia may have crossed over the Bering Strait land bridge before the Ice Age, when there was still a gap between the Laurentide Ice Sheet and the Cordilleran Ice Sheet. A timeline illustrating evidence pointing to the arrival of homo sapiens in North America. While some archaeologists put forth dates much earlier than the White Sands footprints, National Park Service science advisor Dan Odess calls their evidence ‘less unequivocal’

Alternatively, early humans could have traveled by boat from Asia, following the Pacific coastline until they bypassed the glaciers.

Ciprian Ardelean, who led the excavation at Chiquihuite, said it may have represented a ‘failed colonization’ that left ‘no genetically detectable heritage in today’s First Americans populations.’

Regardless of when homo sapiens first set foot in the Americas, it’s generally agreed there was a population boom around 15,000 years ago, when evidence of humans is prevalent all across the US and Canada and into Central and South America.

This also coincides with the reemergence of the Bering Strait land bridge, as the Ice Age came to an end and the two ice sheets parted. 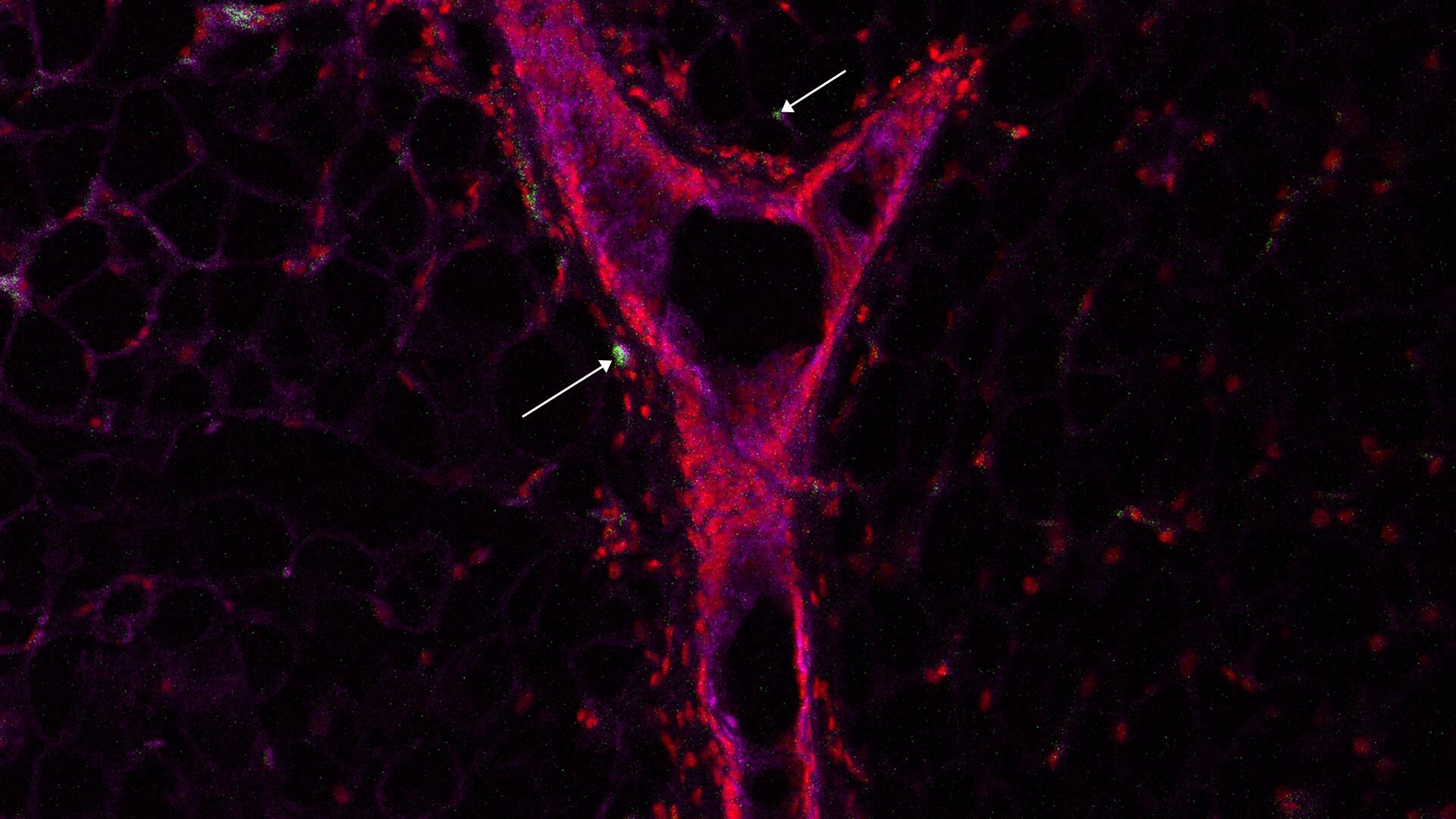 In breast cancer, the best defense is a strong offense
7 seconds ago 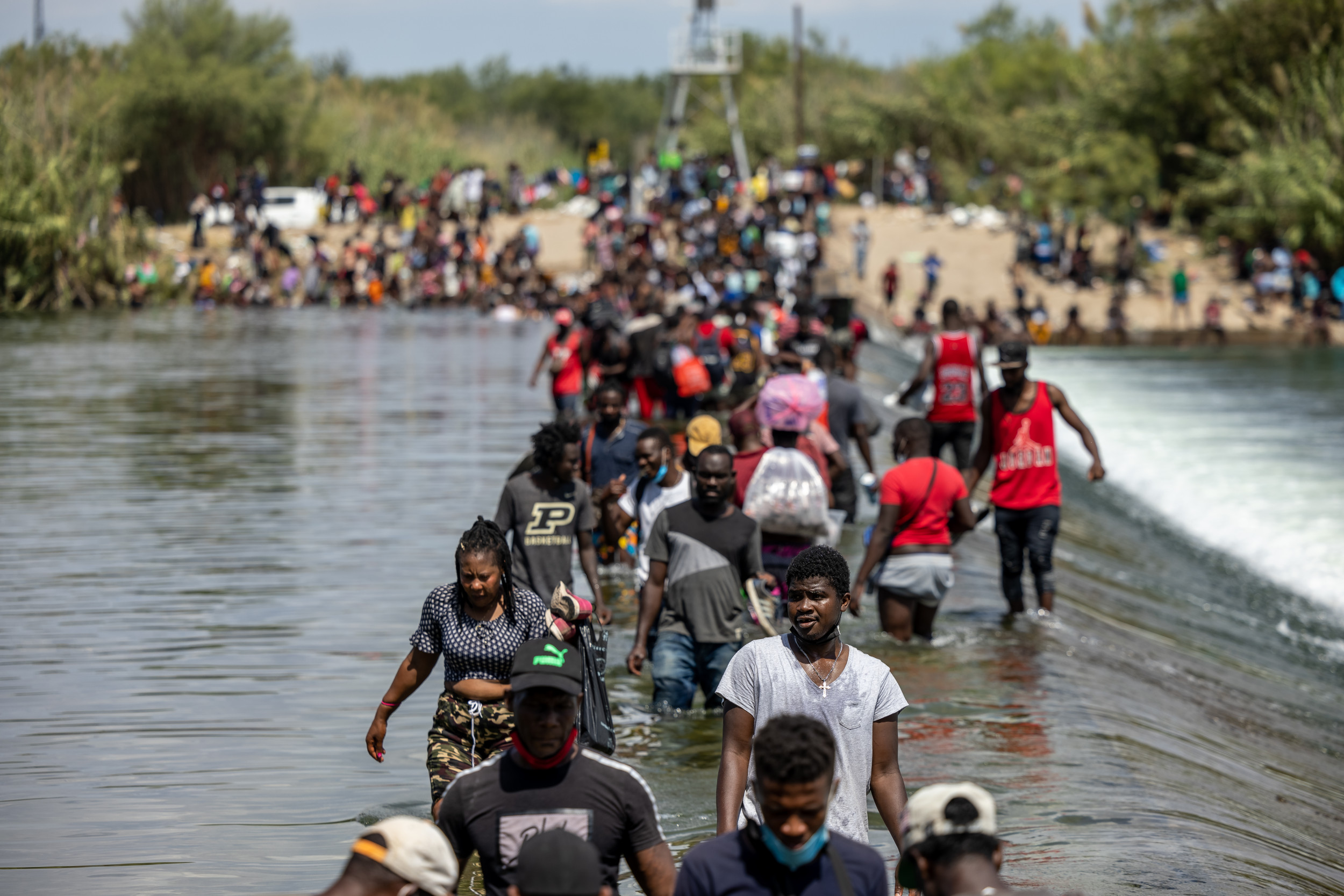