Doctors have warned against a popular but ‘potentially deadly’ TikTok challenge favoured by gym-goers, which involves ingesting pre-workout protein powder without mixing it with liquid first.

The challenge, called ‘dry scooping’, has been doing the rounds on the Chinese-owned social media app, despite potentially causing choking, pneumonia, heart disturbances and other conditions.

A new study has found dry scooping video demonstrations on TikTok – which has millions of teen users – amassed more than 8.2 million likes.

One 20-year-old social media influencer in Florida who tried dry scooping earlier this year claimed it gave her a heart attack.

Another posted a video of her dry scooping with the caption; ‘I stopped breathing.’

WHAT IS DRY SCOOPING?

Dry scooping involves swallowing a dry scoop of pre-workout powder instead of diluting it in water before a workout.

While ingredients vary between brands, amino acids, B vitamins, caffeine, creatine, and artificial sweeteners are typically included, according to Healthline.

The new dry scooping trend on TikTok has people pouring the performance-enhancing powder down their throats so it hits the bloodstream faster.

The fad can have harmful side effects, including increased heart rate and blood pressure.

When dry scooping, an individual puts a scoop of undiluted powder into their mouth, sometimes followed by a few sips of water or other liquids. Alternatively, they may just try to eat the scoop dry.

Typically, pre-workout is sold in powder form and is intended to be combined with water and consumed as a drink.

Concerningly, TikTok videos looked at in the study also feature the mixing of pre-workout with substances such as energy drinks and alcohol.

And what’s worse is TikTok allows children aged as low as 13 to open an account. Improper use of pre-workout supplements, which are only designed for adults, can result in ‘respiratory or cardiovascular distress or death’, the new study warns.

The findings are set to be presented this weekend during the online-only American Academy of Pediatrics 2021 National Conference and Exhibition.

‘It can be difficult for physicians to identify novel trends that may pose health hazards among youth,’ said abstract author Nelson Chow, a Princeton University student and research intern at Cohen Children’s Medical Center, New York.

‘Take for instance the current pervasiveness of pre-workout and the dangerous methods of its consumption.

For the study, Chow collected 100 TikTok videos under the hashtag ‘#preworkout’ and analysed the following data – likes, method of ingestion, number of servings, and the powder’s combination with other substances. Typically, pre-workout is sold in powder form (pictured) and intended to be combined with water and consumed as a drink

In all, five videos showed the consumption of pre-workout supplements with energy drinks, and two with alcohol.

Worryingly, only eight of the videos depicted the correct use of workout powders.

Despite being labelled for use by people 18 and over only, pre-workout has become increasingly popular among teens.

Fans of pre-workout supplements, or ‘pre-workouts’ for short, claim they enhance workout performance, but some experts say they can be dangerous, especially if they are used incorrectly. TikTok is a Chinese social media app where users can live stream, create short videos and music videos and Gifs with a host of functions (file photo)

Pre-workout supplements, or ‘pre-workouts’, have skyrocketed in popularity in recent years.

Taken before exercise, pre-workout is advertised to improve athletic performance and increase energy and focus.

Typically, pre-workout is sold in powder form, intended to be combined with water and consumed as a drink.

They often contain high concentrations of caffeine mixed with substances such as Beta-alanine, L-Citrulline, and BCAAs.

Several pre-workouts have been banned for containing substances such as DMAA and Synephrine.

Pre-workout supplements are not regulated by the Food and Drug Administration, and while ingredients vary between brands, amino acids, B vitamins, caffeine, creatine and artificial sweeteners are typically included, according to Healthline.

They often come in powder form and are to be mixed with water before consumption.

However, the new dry scooping trend on TikTok has people pouring the performance-enhancing powder down their throats so it hits the bloodstream faster, which can have harmful side effects.

‘Pre-workout powders typically contain caffeine along with other ingredients such as creatine, amino acids and vitamins,’ Nutrition scientist Bridget Benelam from the British Nutrition Foundation, who was not involved with the study, told the BBC.

‘The levels of caffeine in these products vary from the equivalent of about one to over three cups of filter coffee, if made up according to the manufacturer’s instructions.

‘So, there is a risk of over-consuming caffeine, especially if using more than once a day, or just consuming the powder, where you may consume more than the recommended amount.’

Back in June, 20-year-old Briatney Portillo, an Only Fans star and stripper from Florida, revealed she was rushed to hospital after her left arm went limp – a sign of a heart attack – after trying dry scooping. TikTok user @gianna.brownn, pictured, tried dry scooping by pouring it down her throat – but couldn’t stop it from coming back up

‘Taking a dry pre-workout scoop bc I saw it trending on TikTok,’ she captioned a clip of herself in the hospital in April. ‘Ending up in the hospital because I had a heart attack.’

‘After I took the pre-workout, I started to feel tingly and itchy all over my body, which wasn’t a good feeling, but I googled it and it said that was a normal side effect,’ Portillo told BuzzFeed. Scary: Briatney Portillo, 20, claimed she had a heart attack after swallowing an undiluted scoop pre-workout powder in viral video filmed in the hospital

The exotic dancer ignored the symptoms and continued with her workout, mistaking the tightness in her chest for anxiety.

‘I started to feel a heavy feeling in my chest and slight pain, but it wasn’t too bad,’ she explained. ‘I thought it was maybe anxiety or a bad panic attack, so I decided to just ignore it and push through my workout.’

When the chest pain subsided, Portillo started feeling nauseous and light-headed, before getting hot flushes.

‘I started sweating a lot and was drenched even though I was wearing a bikini. Then my chest pain came back and this time it was more intense,’ she said.

‘The pain went to my back and to my left arm and my left arm went slightly limp, so I knew those were symptoms of a heart attack. I called 911 and the ambulance came.’

WHAT IS TIK TOK?

TikTok is a Chinese social media app where users can live stream, create short videos and music videos and Gifs with a host of functions.

TikTok is known in China as Douyin where it was launched in 2016 and then made more widely available around the world in 2017.

Douyin is still the version of the app used in China, available to download separately to TikTok.

The app was merged with popular music video lip-syncing app Musical.ly, also with headquarters in China.

Most children use the app to film themselves lip-syncing to chart hits.

The Beijing based social network has more than 500 million active users and the company is now worth more than $75 billion (£58 billion). Biochemistry Breakthrough May Soon Have Asthmatics Breathing Easier
2 mins ago 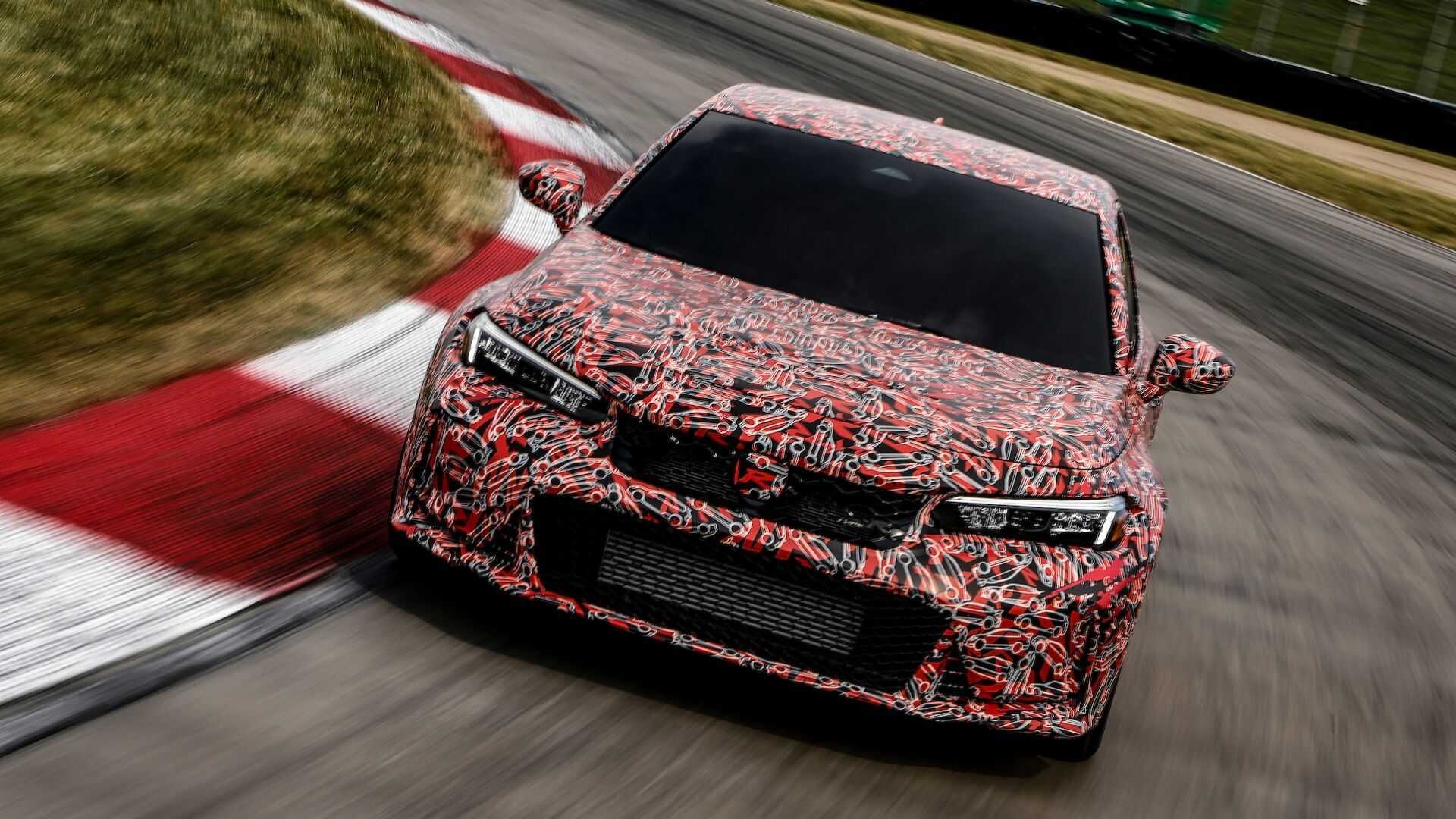 2023 Honda Civic Type R Prototype Arrives In The US, Goes On Sale This Year
4 mins ago 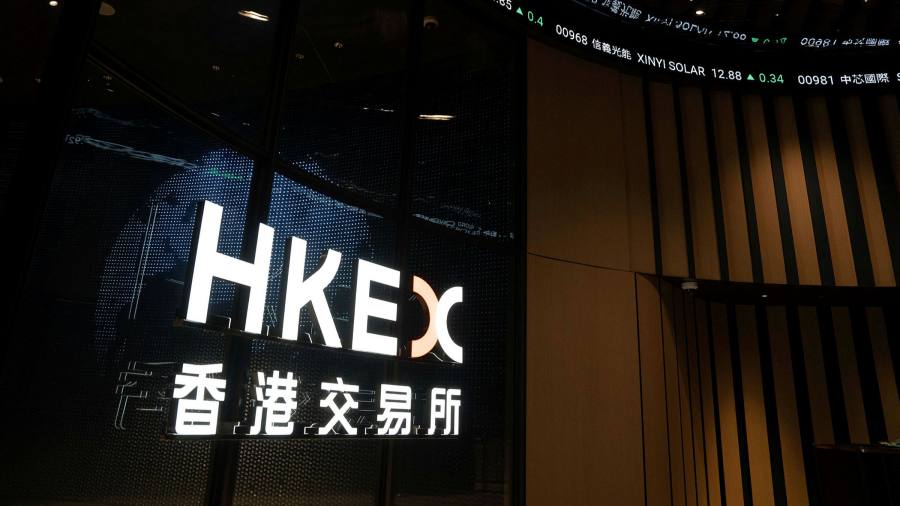