Approximately 100 years ago (or, in reality, 14 and a half months ago, on February 9, 2020), Parasite won Best Picture at last year’s Oscars. It was one of the last major cultural events of what we would soon call the Before Times. Director Bong Joon Ho joyfully declared he would “drink until next morning.” At least for a moment, all felt right in the world.

But Covid-19 was already spreading across Asia and Europe, and anti-Asian racism was on the rise. A month later, the pandemic had upended life as we knew it. With so much loss of life and livelihoods, thinking about the pandemic’s effects on pop culture initially felt somewhat shallow and frivolous. Yet, as weeks of lockdown turned into months, our screens became one of our few sources of intellectual and emotional stimulation. Hollywood soon responded, trying to release any movie or show that had already been produced and was close to completion, and moving would-be theatrical releases to streaming and on-demand platforms.

The Academy of Motion Picture Arts and Sciences, which awards the Oscars, amended its rules so that movies that couldn’t premiere in cinemas would still qualify to compete in the Oscar race. It also postponed the 2021 ceremony until late April, shifting the schedule for Hollywood’s annual marathon of awards ceremonies by two months. And now, we’ve finally reached the end of the longest, strangest awards season in recent history, which will have its curtain call on Sunday at the first, and hopefully last, pandemic Oscars.

The pandemic seems to have accelerated the perennial hand-wringing over the ratings for the Oscars broadcast and whether award shows are irrelevant and dying relics. The lead-up to Sunday’s ceremony brought the usual series of headlines about the enormous pressure on the academy and ABC to get audiences to tune in. (“The Oscars Are A Week Away, But How Many Will Watch?” “Oscars May Have Trouble Overcoming TV’s Awards Show Ratings Problems.” “Awards shows are struggling to draw TV audiences. Should the Oscars be worried?”). Sure, this year has been particularly precarious. Audiences are understandably fatigued from watching Zoom acceptance speeches beset by technical snafus (poor Daniel Kaluuya). And it may still feel superficial to care about a glitzy, gossipy gathering of Hollywood elites, against the backdrop of the trauma and grief of this horrific year.

The 2021 Oscars will almost certainly be the lowest-viewed ever, following the similarly low viewership numbers for this year’s Super Bowl and Grammys. But the cratering TV ratings have been a source of concern every year. We don’t watch as much live TV anymore, and every time we turn on our screens, an endless menu of viewing options vies for our attention. There are fewer truly collective sources of entertainment, pop culture events that seemingly everyone watched and are talking about the next day. These aren’t new problems, making the perennial warnings that award shows are in a state of crisis overly alarmist.

While the numbers have indeed declined precipitously each year, the Oscars remain one of the most-watched TV events of the year. And for better or for worse, they’re still relevant. Even as the show’s producers constantly try to reinvent the awards show format, like this year’s “the Oscars are a movie!” approach, or if fewer people watch them on live TV and just scroll through tweets about them, they’re still influential. If the Oscars didn’t matter, why would we invest time and energy in demanding that they better reflect the country’s diversity? Why would we, even in these strange times, still have an awards season? The Oscars are both a source of escapism and a reflection of the culture at large, a time capsule of a particular moment in history.

In the future, when we look back on the strange circumstances of this year’s awards season, I hope they don’t overshadow or put an asterisk on what has been unequivocally great about the year in movies. This year’s Oscar nominees were by far the most diverse in recent history, with nearly half of the 20 acting nominees consisting of actors of colour. It’s a seismic shift from 2015 and 2016, when zero actors of colour were nominated, and even from last year, when all but one of the acting nominees were white.

It may be tempting to say that the pandemic caused this shift. With cinemas closed, major studios postponed nearly all of their big releases, and the few movies that did attempt large-scale theatrical releases (ahem, Tenet) failed to gain much awards traction. It’s possible this made way for a wider range of movies from a more diverse range of filmmakers and filmmaking styles to break through.

However, it’s more likely that the pandemic accelerated what was already happening. It has been six years since activist April Reign’s Oscars So White hashtag catalysed a very public reckoning over diversity and representation in Hollywood, forcing the academy to finally take steps to make its membership more inclusive. Each year, the academy has invited more and more filmmakers of colour, younger filmmakers and international filmmakers, all bringing to the table a much more diverse range of styles and tastes.

This year’s slate of nominees is likely the result of having those new voices, some proof that finally, an “Oscar bait” movie doesn’t have to be told from an old(er) white male gaze. As a result, it has become harder to define or predict what movies are “typical” awards contenders — and that is undeniably a good and exciting development. A decade or two ago, it would have been hard to imagine a Best Picture lineup where more “traditional” and “conventional” fare like Mank and The Trial of the Chicago 7 were the underdogs to movies as varied as Nomadland, Minari, Promising Young Woman and Sound of Metal.

But before the academy pats itself on the back, it’s worth remembering that the Oscars have a history of backsliding. In the early and mid-2000s, there were multiple years where as many as five or six actors of colour were nominated in a single year. But then, we got several years of all white or nearly all white nominees. And that’s just for roles in front of the camera, the tip of the iceberg in terms of the many areas of representation that need to improve.

Yet, this time does feel different. The public pressure has never been more urgent, making it harder and harder for the academy to get away with a lack of diversity in its nominees. There’s reason to be cautiously optimistic that this year’s progress wasn’t just a flash in the pan, though it’s still too soon to tell. I suspect next year will give us a better answer on whether this is truly the beginning of some long overdue, permanent progress, the culmination of many years of activism and momentum from both within the industry and beyond.

Like so many aspects of the pandemic, there’s a lot about this strange awards season that will be a relief to leave behind. But some parts can and should outlast the pandemic. I love a messy, drama-filled awards show as much as anyone. But I also liked the short and sweet Screen Actors Guild Awards: a one-hour, tightly produced package of pre-taped acceptance speeches and, for once, some endearing presenter bits, like Dame Helen Mirren informing us that she loved PEN15.

Throughout the pandemic, the industry has taken steps toward accessibility that should remain top of mind. Film festivals went virtual, which made their slate of films available to a wider range of moviegoers. Distributors partnered with independent cinemas to launch virtual cinemas, which allowed moviegoers to support both small films and small cinemas. While the Covid vaccines will allow these events and venues to resume in-person operations in the coming weeks and months, there’s no reason that at least some portion of these virtual offerings can’t continue.

Of course, nothing beats sitting in front of a giant, bright screen in a room full of fellow movie fans. More than anything else about moviegoing, I so deeply miss the collective effervescence, that feeling of having experienced something truly extraordinary together with a bunch of strangers.

Even the best virtual screenings or award shows can’t fully replicate that magic. 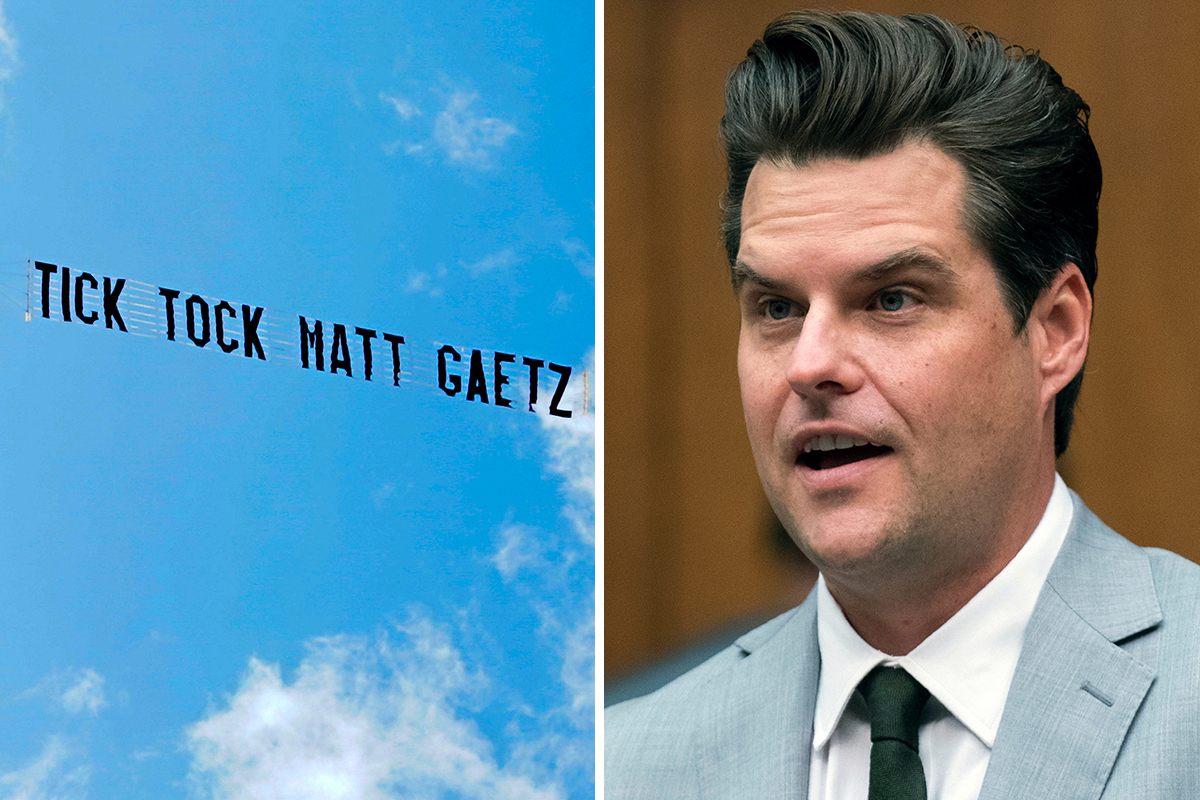 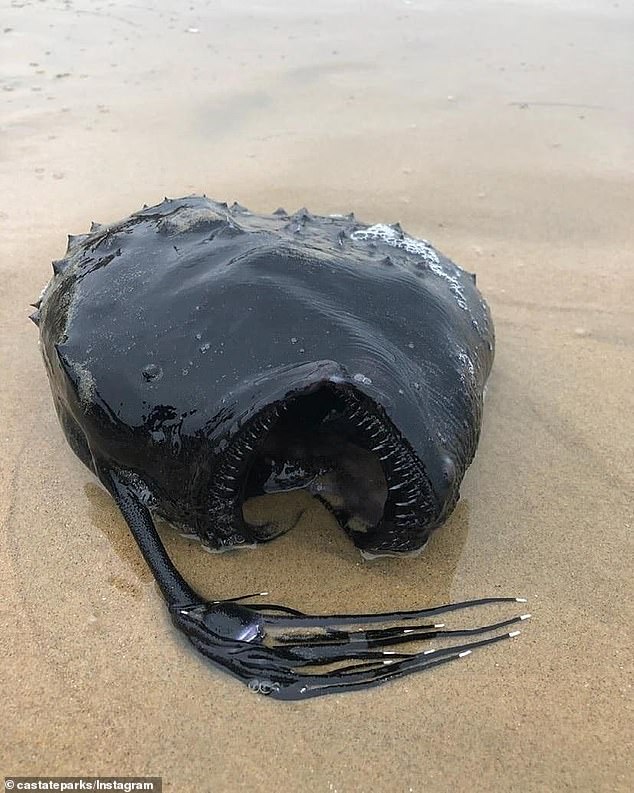 Monster from the deep! Anglerfish with a lifeless glaze and pointed teeth washes on California beach
7 mins ago