Rishi Sunak and his wife were legally declared to be “permanent US residents” – including for tax purposes – while he was chancellor of the UK, it has been reported.

The claim comes after The Independent revealed that the Chancellor’s spouse Akhshata Murty has non-domiciled status despite residing in Downing Street – potentially letting her off the hook for around £4.4 million in tax.

Now Sky News reports that the No.10 couple held US “green cards” permitting them residence in the United States until more than a year into his chancellorship.

Holders of the green card are required to pay US tax on their worldwide income – and also to make a legal commitment to “make the US your permanent home”.

The pledge would seemingly be at odds with Mr Sunak’s position as Chancellor of the United Kingdom, being a member of parliament since 2015 and minister since 2018, and the fact he lives in the chancellor’s apartment on Downing Street.

A source told the broadcaster that “neither of them have green cards” currently – but would not be drawn on whether the pair had held the US residence cards since Mr Sunak had been chancellor.

The Independent has approached the Treasury for further comment but not yet received a response at the time of publication.

Mr Sunak lives in the flat above No 10 Downing Street with his wife and two daughters, while Boris Johnson and his family live at No 11, the traditional home of the chancellor.

It comes as senior Conservative MP Tobias Ellwood calls for a review of non-dom tax rules in the wake of revelations about Mr Sunak’s household finances.

The select committee chair and ex minister said the current rules “are out of date” and “do need to be reviewed”.

Opposition parties last night joined forces to demand answers from the chancellor after it emerged Ms Murty pays no UK tax on her huge foreign earnings.

Tax lawyers also dismissed Ms Murty’s claim that her non-dom status is a consequence of her Indian citizenship, pointing out that she has chosen to adopt it.

Condemning what he said was “breathtaking hypocrisy”, Sir Keir Starmer called for answers about “what schemes she may have been using to reduce her own tax”, a demand echoed by the Liberal Democrats and the Scottish National Party.

Ministers earlier attempted a fightback, condemning what one called “malicious attacks” on a private citizen, while another accused Labour of believing that “wives are merely an extension of their husbands”.

Mr Sunak broke his silence on Thursday night to accuse Labour of running a smear campaign against his family, adding: “To smear my wife to get at me is awful, right?”

The chancellor told The Sun: “I appreciate that in the past British people were trying to use [non-dom status] to basically not pay any tax in the UK. I can see that from my inbox, right? That’s a very clear perception.

“But that’s not the case here. She’s not a British citizen. She’s from another country. She’s from India. That’s where her family is… that’s where she, you know, ultimately will want to go and look after her parents as they get older.

Earlier on Thursday, Boris Johnson ducked questions about the controversy, arguing: “I think it is very important in politics, if you possibly can, to try and keep people’s families out of it.” 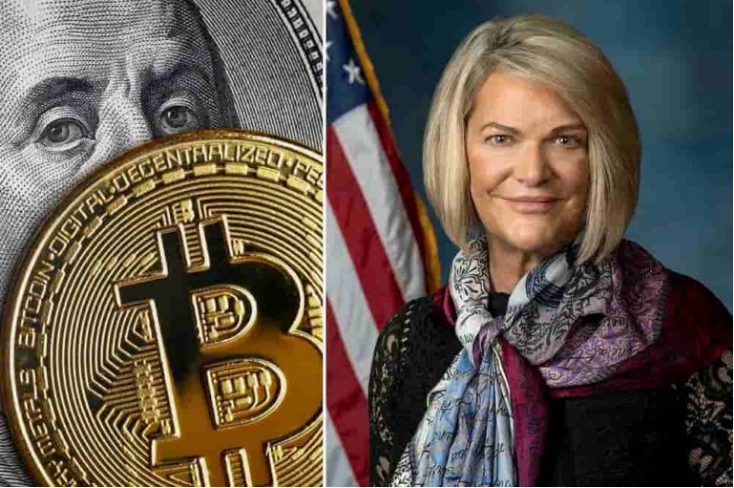 Bitcoin Is ‘Comforting’ And ‘Can’t Be Stopped,’ U.S. Senator Says | Bitcoinist.com
2 mins ago

SPY Potential for Bearish Continuation | 29th Sept 2022 for AMEX:SPY by FXCM
4 mins ago