Boris Johnson has indicated he is ready to U-turn on immigration visas as part of the price for a trade deal with India.

Visas to study, work and settle in the UK have long been a top priority for Delhi in talks with the UK on improving commercial ties. London’s reluctance to open its doors is seen as the principal obstacle to the trade deal, which both sides have said they want to conclude by the end of this year.

But Mr Johnson seemed ready to take a more accommodating line as he travelled to India for a two-day visit, which will include talks with the country’s prime minister, Narendra Modi, on Friday.

Asked by reporters whether he would have anything to offer Mr Modi on visas, the prime minister immediately made reference to the UK’s need for “hundreds of thousands” of workers with in-demand skills, who are given favoured treatment under the post-Brexit points-based immigration system.

“I have always been in favour of having people coming into this country,” said Mr Johnson. “We have a massive shortage in the UK, not least in experts in IT and programming. We are short to the tune of hundreds of thousands in our economy.

“We need to have a professional approach, but it has got to be controlled.”

Mr Johnson said that the commercial agreements and export deals to be announced during his trip are worth a total of £1bn and will create an estimated 11,000 jobs, mostly in the UK.

They include a deal for a satellite company rescued from bankruptcy by Dominic Cummings using £400m of UK taxpayers’ money, which intends to launch rockets from India.

Mr Johnson said that relations were boosted by the “living bridge” of people of Indian origin living in the UK, and that he himself has relatives by marriage living in India.

He said that British politicians have to “respect and understand the sensitivities” of the UK’s history as imperial ruler of India, but added: “The great thing about the relationship today is that it is in a different place and it is less encumbered by that baggage.”

The long-awaited trip – twice postponed because of the Covid pandemic – means Mr Johnson will be away from Westminster for Thursday’s crucial vote on a parliamentary inquiry into allegations he committed contempt of the Commons by lying over Partygate.

The visit threatens to be overshadowed by India’s refusal to condemn the Russian invasion of Ukraine, or to scale back its trading relationship with Moscow. India remains a significant consumer of Russia’s military and energy exports.

However, Downing Street insists the prime minister will not attempt to “lecture” Mr Modi, but will instead offer “constructive” proposals for alternative sources in an effort to reduce the country’s reliance on Russia.

Former aide Mr Cummings persuaded Mr Johnson to authorise the rescue of OneWeb against the objections of civil servants, after identifying the little-known company as a means by which post-Brexit Britain might establish a presence in the satellite communications market.

It aims to put hundreds of small and relatively cheap satellites in a low orbit to provide broadband coverage all over the world, but faces competition from major players including Elon Musk and Amazon.

The company recently called off planned launches from Russia’s Bakonur space facility in Kazakhstan because of last-minute demands from Moscow.

Other agreements announced by Mr Johnson as he arrived in the west Indian state of Gujarat included:

Mr Johnson said: “As I arrive in India today, I see vast possibilities for what our two great nations can achieve together. From next-generation 5G telecoms and AI to new partnerships in health research and renewable energy – the UK and India are leading the world.

“Our powerhouse partnership is delivering jobs, growth and opportunities for our people, and it will only go from strength to strength in the coming years.”

The prime minister will visit a new factory being opened by a UK firm in Gujarat, as well as a biotechnology university working in collaboration with the University of Edinburgh.

The UK will confirm new science and tech collaborations, including a digital health partnership, new AI scholarships for Indian students, and a £6m investment by AI healthcare specialists Qure-ai to fund the opening of a centre of excellence in the UK.

Negotiating teams will start their third round of formal talks in India next week on a trade deal. But no breakthroughs are expected during the PM’s visit. 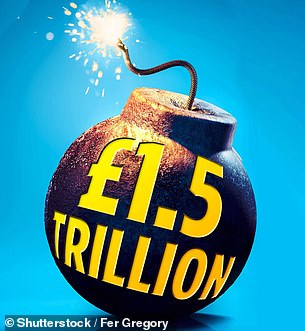