Changing Rooms is back on our screens for first time in 17 years – and this year’s participants may want to look away now.

Because while the original 90s show was supposed to give homeowners the interiors of their dreams, it provided plenty of lessons in how not to decorate.

The OG cast were often left speechless when their new rooms were revealed – and not in a good way. Designer Laurence Llewelyn-Bowen has warned 2021 viewers to expect more of the same, saying: “You’ll see some of the most out-there designs I’ve ever done.” Yikes.

Ahead of this new reboot, we look at some of the most infamous blunders of the original series – and the unforgettable lessons they taught us.

It was the biggest, most memorable disaster in Changing Rooms history. Designer Linda Barker placed a participant’s beloved teapot collection worth £6K on a wobbly shelf, and smashed the lot. The moral of the story: hang your shelves properly, people.

2. Bedrooms can be too sexy

3. All-white is not alright

Minimalism is one thing, but paining an entire room white with all-white furniture is a step too far. The big reveal led to an unhappy owner telling producers: “Get this mic off me!” Top tip: add notes of colour, wood or anything to break up the Bruce Almighty look.

The couple on the receiving end of this living room hated almost every element. The garish pink and fairy lights made the husband joke about moving out, while the wife tried to find the positive side, saying the hatch at least added “a comedy element”. We’re not sure how funny it is, but if definitely makes the room look smaller.

Social media wasn’t around when Changing Rooms first aired (perhaps for the best), yet this room is periodically shared online, because people can’t get over how uncomfortable it looks. Key lesson: never compromise comfort for style, although we’re not sure this box-based makeover achieved either.

We love a bit of upcycling, but choosing your materials carefully is vital. The owner of this home said the contents of the straw-filled table would be going straight back in the horse’s stable. Whoops!

7. Red and black is an acquired taste

Last but not least is the infamous red room, complete with dark furniture and black and white flooring. The home owner’s reaction was so dramatic, that Changing Rooms fans can still remember her sobs almost 20 years later. We’re not saying red can never work, but it’s certainly a tricky one to get right.

All-new Changing Rooms starts on Wednesday at 9pm on Channel 4. Arsenal heading to Dubai for training camp after Burnley clash 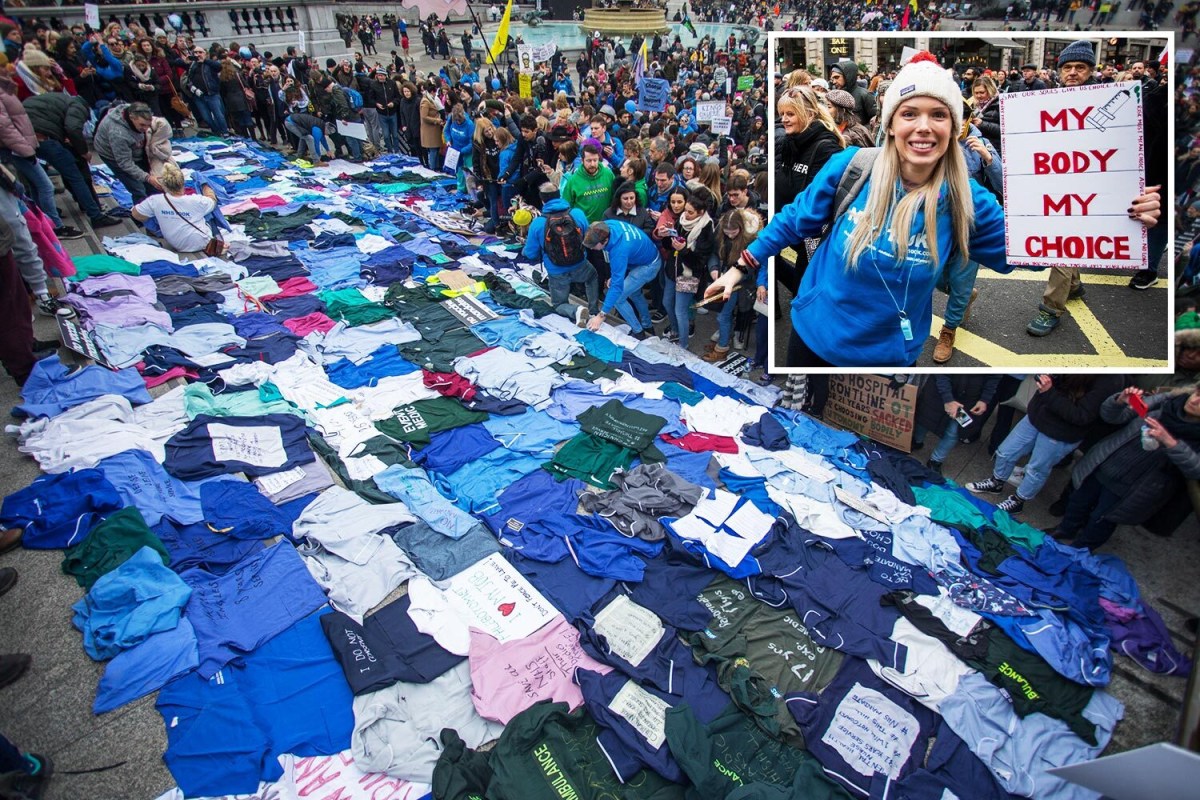 Ministers push ahead with Covid jabs for health care staff, despite protests
3 mins ago

Ministers push ahead with Covid jabs for health care staff, despite protests