Lainey Clark says: ‘I always hoped that spirits existed, but never saw anything until my mum died.

I was in my early twenties and soon after she passed, she came to me in a dream and said, “I’m here to tell you I’m OK and I’m happy.” It was so real and I’ve felt settled ever since, knowing she’s not suffering any more.

I met Ben when I was 31, having just left my husband of 13 years. We were teaching in the same school and bonded immediately – after I had given him a telling off for not doing his job properly!

We moved in together three months later, in the summer of 2018.

Our little house was perfect, but odd noises kept us up at night. We’d hear footsteps on the stairs and despite it being a new build, we put it down to creaky floorboards and cooling pipes.

Sauce is filmed flying across the room
(

Then subtle sounds became a whole lot scarier. One afternoon, Ben was out and I was happily relaxing in the bath when I heard a male voice call my name.

I froze – maybe it was the old tenants? Nervously, I called out, “Who’s there?” but the house was silent.

I was shaken to the core, but I didn’t tell Ben. We were still in the early days of our relationship and I didn’t want to seem like a madwoman!

But that all changed a few weeks later. We’d just finished dinner and popped the telly on, ready for a chill evening on the sofa. Out of nowhere, our pot plant shifted across the shelf in front of us and dropped to the floor.

We both stared in disbelief – the hairs stood up on the back of my neck. We couldn’t deny it now, our house had a poltergeist.

It shattered everything I felt I knew about life. Brought up in a strict Catholic family, I was taught that there’s no such thing as ghosts. But now I know they’re very real.

The home is inhabited by two spirits
(

Moving house costs a fortune, we couldn’t afford to just jump up and leave. I felt like I couldn’t talk about what I was experiencing, scared of losing respect at work. We had to come to terms with it and initially had no intention of sharing our story.

Then, two years later, we decided to find others who were experiencing hauntings, to help us feel less alone. We thought we’d be laughed at, but it turns out haunted houses are quite common.

We started off scared of the ghost but thought, well, if it’s gonna get us, it’s gonna get us. It’s massively frustrating when we’re woken up in the night, or when a door slams in our faces, but we cope OK.

There are actually two spirits in our house. Dave is always here – he’s thought to be attached to us, not the house. He was the first spirit to reveal himself.

A psychic told us his name, and his frustration that we weren’t acknowledging him. But things have calmed down a lot. It’s like living with an invisible housemate, who’s made it known that his favourite food is spam!

When we moved in I had really bad headaches. We’ve recently discovered that Dave passed away in a car accident – he had a blow to the side of his head, the same side as my headaches.

The other spirit, Andy, is the late brother of the psychic medium who investigated our house – we think Dave and Andy have actually bonded!

My scariest moment was when Ben was away. I was startled awake to the sound of growling in my ear. I started recording on my phone to document what had happened and watched as a spirit lifted my hair from my shoulder. That felt too close for comfort.

I sought advice from experts who told me to set boundaries with the spirits and it hasn’t happened again.

I never feel alone in the house and I’ve come to love living with spirits. Sometimes it’s so quiet we wonder if they’ve gone. There’s a lot of activity when we’re stressed or anxious, so they must feed off our negative energy.

Using a ouija board, I asked Dave and Andy if they’d protect our unborn baby – they said yes. Dave was convinced the baby would be a boy. We recently found out the gender at a scan and he was right. I was gobsmacked!

People probably think we’re absolute idiots, that we have demons in our house and we’re putting our unborn child at risk. But there’s no heaviness or bad vibes here.

There’s life beyond death, and that’s all I’ve ever wanted to hear.

Ben Hubbard says: ‘As a kid, I had a love-hate relationship with horror movies. I liked to get scared, but always had in the back of my mind that they weren’t real – now I’m living in my own version of a Hollywood blockbuster.

I remember seeing shadows out of the corner of my eye, or feeling someone watching me in my own home.

But I was a sceptic – I wouldn’t believe it was a ghost, let alone two of them!

When objects started moving in the house, I was terrified. I’d seen The Conjuring movies – I thought we were going to die.

Soon we were coming home to a pigsty – our possessions thrown around in a mess. So we decided to put up motion-activated cameras to capture Dave and Andy in action.

One day, I watched a pair of scissors fly out of the kitchen drawer. I don’t want to think about what would have happened
if we were in the way at the time.

A few weeks later, I woke up to use the loo during the night. I looked up to see the outline of a man standing right in front of me. My jaw hit the floor. I was definitely awake and my mind was in overdrive. It couldn’t be real – could it?

We speak to Dave and Andy using a spirit board and a ghost-hunting app. They’re the budget options, because it’s not cheap chatting to ghosts!

Dave loves winding me up. I was alone one day playing FIFA and saw something move out of the corner of my eye.

I leapt up and left the house. Lainey came home hours later to find me sitting barefoot on the doorstep looking sad – I feel way more comfortable when Lainey is with me!

The couple claim objects move around the house
(

Ben gets scared when he is alone
(

Most people say our house feels happy and calm, but a few friends hate it.

A mate offered to house-sit while we went away. A few hours into our journey, he rang to say he’d heard footsteps walking across the room.

In the early hours, he rang again saying, “I’ve posted your keys through the door. I’m leaving.”

Apparently he’d been lying in bed when the duvet was pulled away – that was the final straw. He bolted and hasn’t been back since.

Movies show ghosts throwing people down the stairs – I’m so grateful that we don’t have a basement, that would be game over. But it’s not so bad. Weird things happen now and then but it’s OK, we’re not possessed!

We post very real footage of our spirits online but not everyone is willing to accept it.

We’re not sharing stuff to make people believe. It helps us understand what’s happening and we love being part of
a paranormal community. At first I was very fearful, but now I love our spirits.

Paranormal investigator explains why pubs are often popular with ghosts 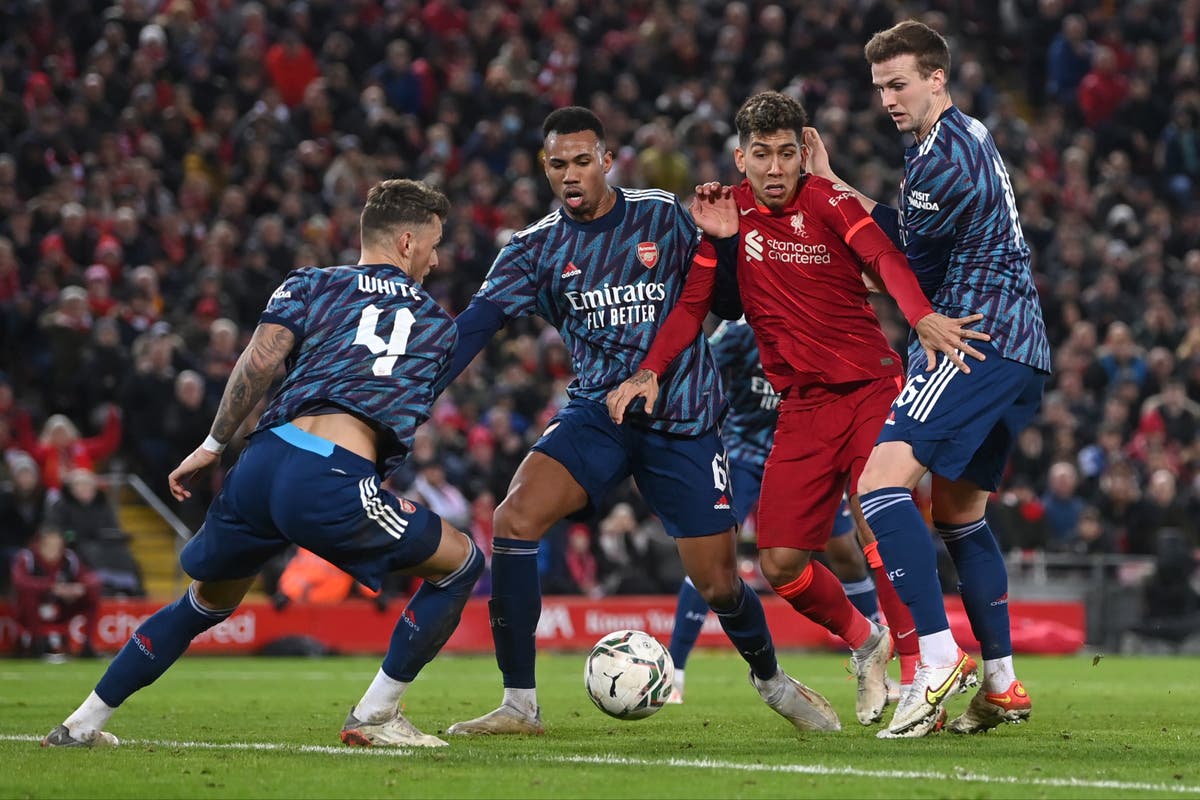 Arsenal vs Liverpool tactics: Where semi-final decider will be won and lost
1 min ago

Arsenal vs Liverpool tactics: Where semi-final decider will be won and lost 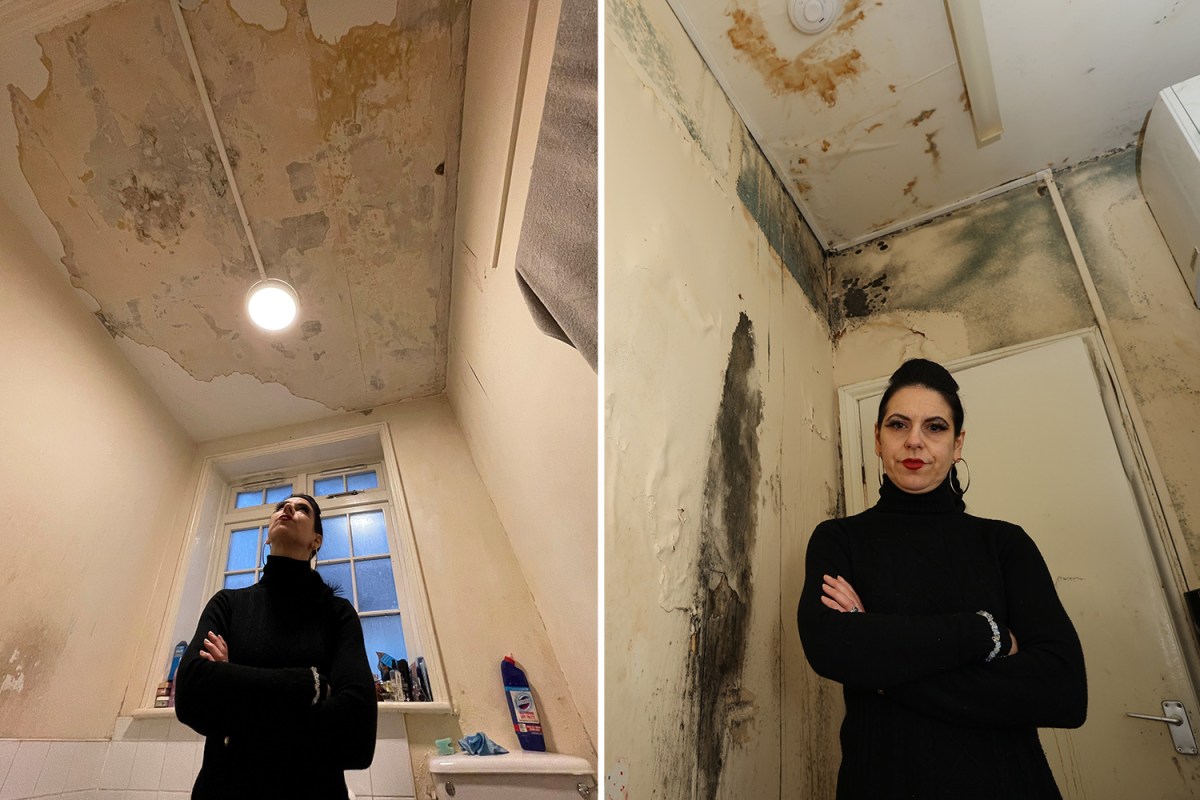