Experts this week advised living 20 metres away from up to 26 dogs in wooden kennels would not be too noisy.

Plans to build a major development close to a kennels business was approved by councillors based on the advice given to them at a planning meeting on Tuesday (August 24).

But councillors sympathised with the owner of a kennels business who fears future residents of the development could complain about the noise.

Almond Valley Limited submitted plans to Perth and Kinross Council to build 340 homes on land next to Huntingtowerfield and Ruthvenfield.

Maggie and Stuart McAdam have run neighbouring Adie Kennels and Cattery at Ruthvenfield for 16 years.

The business was first established in the 1960s but Mr McAdam now fears for its future.

He said Adie Kennels and Cattery would change from being in an isolated position 300 metres from the nearest occupied house to within 20 metres of this development.

The plans include 340 homes, three shops, a sports changing pavilion and associated infrastructure and works.

“Our business is licensed by Perth and Kinross Council for 26 dogs and 30 cats housed in traditional wooden kennels.

“So as you can imagine it can get very noisy on occasion and the last thing we want is people complaining it’s too noisy with all that would entail.”

He said: “I personally think there’s a fundamental flaw with the design.

“People can bury their heads in the sand as much as they like but there is a major noise problem.”

A similar objection was submitted by the nearby Huntingtower Hotel.

In an emailed objection general manager Diane Valentine wrote: “We are a large banqueting business and rely as a business on the income we get from functions and weddings held predominantly at the weekend, most weekends.”

“There is a noise level associated with these events – which is currently not an issue – however may become so if there are a number of houses backing on to where the function suite is.”

A planning condition requested a further noise impact assessment be done to assess noise from the Huntingtower Hotel.

Strathtay Conservative councillor Ian James asked the applicant’s agent Alastair Wood of Savills if they would do the same for Adie Kennels and Cattery.

Mr Wood said the applicant was happy to do so.

SNP councillor Richard Watters asked officers if they could add a planning condition requiring the developer to include noise mitigation measures for any noise from the kennels.

An environmental health officer said no mitigation measures were required and there would be “no effect from noise at the kennels on those proposed new properties.”

A planning officer confirmed the noise impact assessment – submitted by the applicant – was adequate and officers were satisfied no mitigation was required.

PKC’s legal representative said it would not be competent for councillors to impose a condition for noise mitigation measures when officers were satisfied with the noise impact assessment.

Liberal Democrat councillor Willie Wilson struggled to believe 26 dogs would not be a noise issue.

He said: “You’re bound to hear them – given that they’re in open kennels – in nearby houses only 20 metres away.

“How the expert could possibly come up with a different conclusion is beyond my comprehension.”

Conservative councillor Crawford Reid said: “If I was buying a house and it was 20 metres away from kennels I would be wanting my money back.”

Conservative councillor Callum Purves said: “Surely there must be a way of if we disagree with an assessment – even without being able to provide a counter assessment – as using that for a justification for refusal of an application.”

Conservative councillor David Illingworth moved to approve the application and said: “I do share everybody else’s concerns about the noise from Adie Kennels but I don’t think we have the option to refuse this proposal.

“I would suggest it’s in the developer’s interests if they want to sell these properties to put in mitigation features even without a condition.”

SNP councillor Tom Gray seconded and said: “The dog thing is a real issue but we have been given advice and we should accept that advice.

“If we didn’t accept that advice it would fall on our hands should something go wrong. That need not happen.

“We have been given advice and taken a decision based on that advice.”

He added: “Those who offered that advice would take the responsibility and I’m happy with that.”

There were no amendments but councillors voiced their unhappiness.

Conservative councillor Michael Barnacle said: “Why do we have a development control committee when we are not supposed to legally be able to challenge a report’s findings is what I am hearing?”

“It has been made a lot more difficult.”

He said: “There are lots of examples in recent years where the knowledge of the local community has been right rather than the assessments of experts.”

SNP councillor Richard Watters was concerned about the future of Mr McAdam’s business.

He said: “Future residents will have rights to put comments in when the licences come up for the kennels.”

Convener Bob Brawn echoed others’ concerns and said he hoped the developer would get in touch with Mr McAdam and “agree a mutual solution to the problem.” 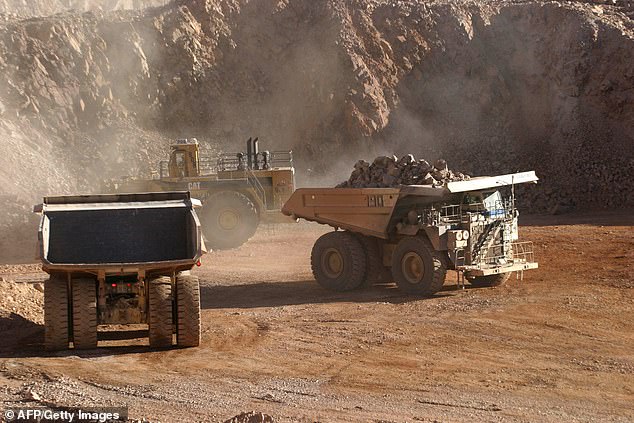