A former navy veteran has died from coronavirus just days after leaving a luxury cruise as a number of passengers were struck down with the virus.

Wilf Broyden lost his battle with Covid last Sunday and his heartbroken family believe the 81-year-old caught the virus on MSC Virtuosa during a seven-day cruise around the British Isles.

The beloved granddad had been given the all clear from his GP to board the ship following blood tests as he was deemed “high risk” because he suffered with Non Hodgkin Lymphoma.

As reported in the Liverpool Echo, a spokesperson for cruise line MSC said they were “devastated” to learn of Mr Broyden’s death and said all members of his party had tested negative, in line with their protocols, upon boarding the ship.

It comes as a Scottish couple who boarded the cruise one week after Mr Broyden also tested positive for Covid onboard and claim they were forced into a isolation cabin for 25-hours with no water or hand soap.

Marilyn, 60, and David Thomson, 64, from Saltcoats, were expecting a relaxing holiday around the British Isles when they boarded the MSC Virtuosa on September 1.

The holidaymakers say their first three days passed without any concerns despite noticing a distinct lack of face mask enforcement on the luxury ship and self-service in the dining room.

But their concerns began grow when they heard rumours that a number of passengers were self-isolating after testing positive.

The couple say precautions changed overnight on board the liner, with regular Covid-safety tannoy announcements and perspex screens thrown up in the canteen.

The couple then tested positive for coronavirus one day before they were due to leave the vessel at Greenock on September 7.

Marilyn claims they were then frogmarched to an isolation cabin, which had no drinking water or handsoap and were ignored by staff for 25 hours.

Hitting out at the cruise liner, the pair claim they were left terrified that they would not be allowed to leave the ship after a positive lateral flow test.

She told the Record: “We got into the room and there was no hand soap in the basin. There wasn’t a kettle and only one glass with no drinking water.

“We called guest services who said they would get someone to call us back in five minutes. “This never happened. We kept calling room service and guest relations but nobody was answering.

“I eventually hit the medical emergency button and that’s when it all kicked off. I told them it was the prisoner from cell block H calling and they couldn’t keep ignoring us.

“Thankfully David had put a bottle of water in our bags while we were rushing around trying to get our things sorted before going into isolation.

“Of all the holidays I’ve been on and the things I’ve experienced in life, that has been the most traumatic experience.”

The family of Wilf Broyden have also hit out at the cruise ship operator following the 81-year-old’s death on Sunday September 4.

While aboard the £800m MSC Virtuosa – one of the world’s largest cruise ships – the family say signs started to emerge that Covid had broken out on board, with their children asked to go for tests.

Staff were suddenly wearing hazmat suits, and some isolated incidents of people seen coughing and apparently struggling to breathe around the lift areas.

Mr Broyden began to feel unwell so spent the final part of the trip in his cabin but staff were not informed and therefore no tests were carried out.

He left the ship in Liverpool on August 24 and was immediately transferred to Arrowe Park Hospital, where he tested positive for Covid.

Mr Broyden’s last words to his wife were on the phone, from the ward as she wasn’t able to visit because she also had the virus.

Mr Shelley, 44, from Litherland, and his mum Carol are critical of some of the procedures on board the cruise ship.

He said: “It was our first cruise and we thought it might be a good time to get away.

“Wilf had been given the all-clear by his doctor to go.

“When we got to Southampton, it seemed like another 2,000 people boarded and the ship was suddenly chocker.

“There were queues for the lifts and people generally weren’t wearing masks.

“I was, along with Sue and Wilf, but many weren’t.

“We’ve all been double jabbed with the vaccine.

“We believed the ship was a safe environment.”

Today, a spokesman for MSC Cruises told the ECHO: “First, we are devastated to have learned of the passing of a guest and want to extend our deepest condolences to his family, loved ones and friends.

“We have since made contact with the family to understand the situation, offer any help we can give and share our condolences.

“We always feel a strong duty of care and responsibility for our guests.

They added: “We are sorry to hear about the disappointing cruise experience for Mr and Mrs Thomson and we are in touch with them to understand their concerns better.

“We are always saddened to hear if there were potential issues or we did not meet expectations in some way for our guests.

to embarkation and protected ashore visits at each destination.

“Any guest who tests positive, displays symptoms or a temperature are denied boarding.

“Following review of our files for Mr and Mrs Thomson, we can confirm this was all done according to our protocol and in collaboration with the relevant local health and other authorities.” 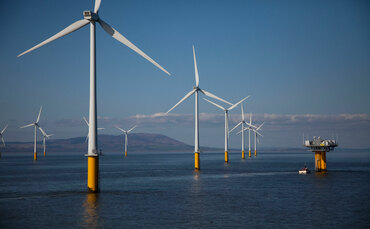