A dad pulled his daughter out of nursery after she came home twice with bite marks.

The three-year-old was bitten in May then again this week, according to the dad who says he has been left livid.

The man, who asked to remain anonymous, spoke to Grimsby Live after the second alleged bite this week.

He said when the first incident happened in May, staff and the manager at Butterflies Day Nursery in Grimsby, Lincolnshire, apologised. However he was not satisfied with their response and has taken the matter further.

He said: “When my daughter got bitten in May, I spoke with the staff and manager at the nursery and they told me that they were sorry.

“I asked for a full incident report from the nursery, but I wasn’t happy with the response because it made no offer to make an amend to show children that biting is wrong. It just said what happened which they apologised for.

“So, I took the matter to OFSTED who said they would investigate the matter but told me that they couldn’t say much because it was an individual matter.

“I decided to put the incident behind me and forgive that it happened once.”

However, when his daughter came back with another bite mark on Tuesday, the dad was furious and claims the same thing has happened to ‘quite a lot of children’.

He said: “I do understand that kids are kids and some develop at different stages but surely they know right from wrong at that age?

“My little three-year-old girl would never dream of biting another child because she knows it is the wrong thing to do. I’ve had to take my daughter out of the nursery now because enough is enough.

Whoever said parenting was easy was obviously lying. It can be such hard work! Luckily we now have a Facebook group for Scottish mums and dads to share their woes, worries and winning advice.

Whether you’re a new parent looking for answers or simply want to let off steam about the price of school uniforms today, our Scottish Mums and Dads Facebook group is just the place. You can join here.

We also have a weekly Record Parenting newsletter filled with the latest news affecting mums and dads across Scotland as well as helpful tips. You can sign up here.

“I’m frustrated and upset by it because it’s not the first time it’s happened.

“They can’t stop every single incident but I think biting is another issue. We’re looking for a new nursery now because I don’t want these incidents to bring the worst out of her because she’s a lovely little girl and I don’t want this experience to change her.”

The father said that his daughter is heartbroken at leaving the nursery.

He said: “She’s upset that she’s had to leave but we’ve also spotted that she’s been really quiet about it all.

“Biting is a big no-no for me. It’s frustrating for us parents too. We don’t want to pick up her up and find another bite.”

Sara Wagstaff, early years manager at Butterflies Nursery, said young children do not have the skills to cope in certain situations and can bite for a number of reasons.

She said: “As an early years setting we follow the statutory requirements that are set out by the Department for Education.

“Our nursery puts the welfare of the children at the heart of our vision, to get the best outcomes for them possible. We want children to thrive during their time with us so they learn and grow in confidence.

“This means that we need to support children to become independent and resilient over time.

“As very young children are learning about themselves and others there are isolated incidents because they have not yet got the skills to cope in certain situations.

“We always reflect on any incidents, such as one child biting another, to minimise any repeated incidents.

“We would welcome the opportunity to discuss this with parents further.” 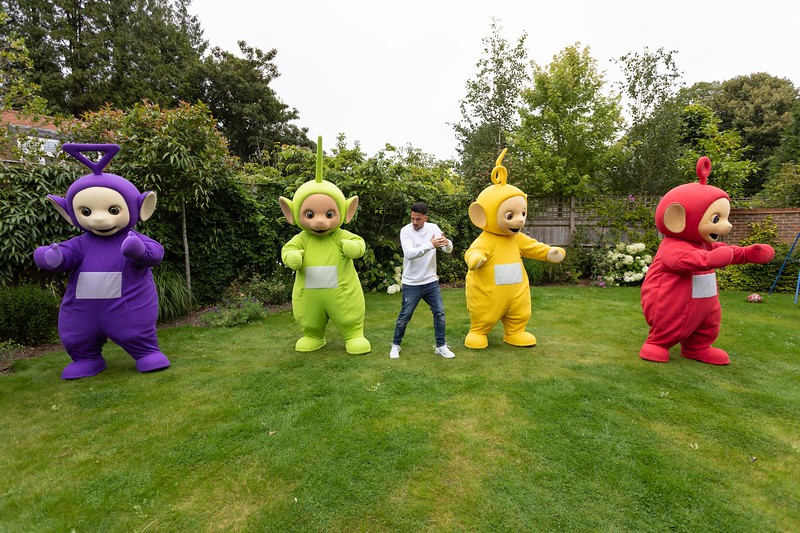 A big night for Aspen Ladd, Norma Dumont and women’s featherweight in the UFC
10 mins ago