It is a dream for some and a nightmare for others – but could living forever become a reality within our lifetime?

The answer coming out of the scientific labs in Silicon Valley is a resounding “Yes”.

In the wake of the summer space race between Richard Branson, Jeff Bezos and Elon Musk, the world’s richest men are taking on a new challenge – immortality.

Amazon boss Bezos, 57, is one of the main backers of Altos Labs, which has raised £200million and just opened a new laboratory in Cambridge.

But Bezos, worth £150billion, is far from being the only one taking on the grim reaper.

Meanwhile Russian tech mogul Yuri Milner, 59 – worth around £3billion – has handed grants worth millions of pounds to the science of anti-ageing.

As well as being backed by Thiel, his SENS group has also had meetings with Bezos.

And with big-money backing, he is optimistic the secret to eternal life can be cracked by 2050.

Because the technology is so expensive to develop, it will be available only to the rich at first.

But scientists believe that once it is rolled out to the general population, life expectancy could be raised to around 1,000 years.

They claim the only causes of death will then be bad luck – and stupid mistakes.

Rae revealed: “Bezos is taking a gamble on a technology that is harder to realise – but it’s going to have a really big payoff if they can make it work.

“Reprogramming technology is exciting because, if we can wind the clock back and make our cells youthful again, that will help to finally break the link between age and death.

“Will this happen in five years or 10 years? Absolutely not.

“But in a quarter of a century, quite possibly yes.

“Especially now that there has been this large infusion of money and Bezos has so many talented scientists working for him.”

Here, we look at the five main theories on achieving immortality – and how soon the phrase “within our lifetime” will cease to have any meaning.

They say that death and taxes are the two things you cannot avoid.

But the SENS Research Foundation, based in Mountain View, California, believes ageing is a disease that can be tackled like any other.

Its goal is to “comprehensively repair the damage that builds up in our bodies over time”.

Can ageing be stopped?
(

One research strand is asking if backup copies of cells can be created to replace malfunctioning ones.

The new cells would be implanted in our flesh so they can take over when our system starts to degrade.

This would mean we can refurbish our bodies time and again – like we replace faulty chips in a computer.

Michael Rae, 50, a science writer at the foundation, explains: “The Big Kahuna is when we get to the point that your life expectancy is no longer a function of your age.

“Right now, every year you live, you’re closer to your doom. Once you take away ageing, it becomes open-ended. That doesn’t mean you’re immortal – you can still be murdered or hit by a catastrophic infection like Ebola, or die in a plane crash.

“But you are no longer going to be more vulnerable to disease and death.

“At that point, if you do the maths on how unlikely it is to die, it gives a life expectancy of about 1,000 years.

“You can still die the next day, or live to 2,000 years. It becomes about what happens in your life.”

Some scientists believe that in the future a computer will store our DNA code and will send out warnings when we need gene therapy – warding off fatal diseases by removing genetic mutations.

Implanted microchips would also alert doctors to the ageing of our cells.

They even hope to back up our personalities online so that if we die we could be downloaded to a robot or hologram, keeping us going well beyond our 81-year life expectancy.

Are cryogenics the key?
(

Russian billionaire Dmitry Itskov is putting his money behind this idea and has founded a non-profit called the 2045 Initiative to fund the research.

Another aspect of the immortality industry – said to be worth £151bn worldwide – is cryogenic freezing, storing corpses in liquid nitrogen at a temperature of -196°C.

Since 1972, Alcor in Arizona has preserved 149 clients, including 28 Brits, at £165,000 each… with the hope of bringing them back to life when technology advances enough.

Longevity expert Michael Rae is hopeful that death from serious disease will plummet in the next decade as anti-ageing drugs currently in development hit the market.

He said: “One rejuvenation technology I suspect is going to be coming pretty quickly, in the next 10 years, is with drugs called senolytics.

“There are certain cells that stop reproducing themselves and become metabolically abnormal.

“They start excreting all kinds of inflammatory factors that make them more prone to becoming cancerous.

“Senolytic drugs selectively kill those cells – there’s evidence that the body becomes rejuvenated in a wide variety of ways when you use them.

“These drugs should be effective in eliminating a number of age-related diseases, which is a big step forward.

“The immune system can already remove these damaged cells – but it seems it either falls apart as we age or it’s just incomplete.

“We’re working on a range of ways to make it easier for your immune system to clear those cells out.

“One thing we’re looking at to do this is by using engineered cells that will do the job for you.”

Are there any ethical concerns?

It is hard to imagine a world where people live to 1,000 years old.

The Earth is overpopulated already and headed for an environmental disaster.

So what effect would a population explosion have, as living conditions become even more cramped and we consume record amounts of meat and fuel?

Michael Rae bats aside these concerns.

Concerns on the ethics off immortality
(

He is more worried about the thousands who die every day from age-related issues.

And he pleads for world leaders – and the public – to start donating to research centres such as SENS.

He said: “The big concern I have about the research is that it’s not going fast enough because it’s not being funded adequately.

“We’re not going half as fast as I’d like – every day that we’re delayed, we have another 110,000 people dead from this plague of ageing.

“I watched my grandparents die. My grandfather was living on oxygen and had a hard time walking around by the time he passed.

“My grandmother was almost blind and needed help getting out of bed.

“I’ve done a variety of things to keep myself healthy, but I’m conscious the science is not developing as quickly as I would want.

“Beyond that, yes there are concerns. If we unshackle people from the ageing process, the population is going to increase over time and that could pose certain ecological constraints.

“It’s certainly going to pose a need for rethinking things like retirement ages and pension plans – and the way we structure our lives around ageing and dying.

“But one has to maintain a sense of proportion. These things have technical fixes.

“We have to be better about using resources on all kinds of fronts because the world is already headed for an environmental disaster.

“Are we really saying the solution to things like our ecological problems is that people have to keep dying of cancer and heart attacks?”

Amazon boss Jeff Bezos is reported to be one of the main backers of Altos Labs, a collection of state-of-the-art research centres in Cambridge, Japan and California headed by US scientist and cancer expert Richard Klausner.

The scientists here are using £200million of funding to develop something known as “biological reprogramming technology”.

This will allow the cells in our body to be rejuvenated, turning back the clock and reversing the ageing process.

There is also hope that the research will bring an end to life-changing conditions such as Parkinson’s, heart disease and cancer – as our cells will no longer degenerate and mutate.

One new scientist on the team, Spaniard Manuel Serrano, says he was offered five times his salary to move to Cambridge to work for Altos Labs, showing the firm is recruiting the best and brightest in the business.

Expert Michael Rae told us: “Reprogramming technology is taking a cell that has accumulated age-related changes that are dysfunctional and winding the clock back.

“You remove some of those abnormal changes, so it behaves like a youthful cell.

“Once you’ve done that it starts ageing again. So eventually you will have to wind it back again and again – but that’s fine as long as you keep up with it.

“In some ways that is even more exciting because if you are 70 years old and you can wind the clock back, you’ve done a lot for that person. 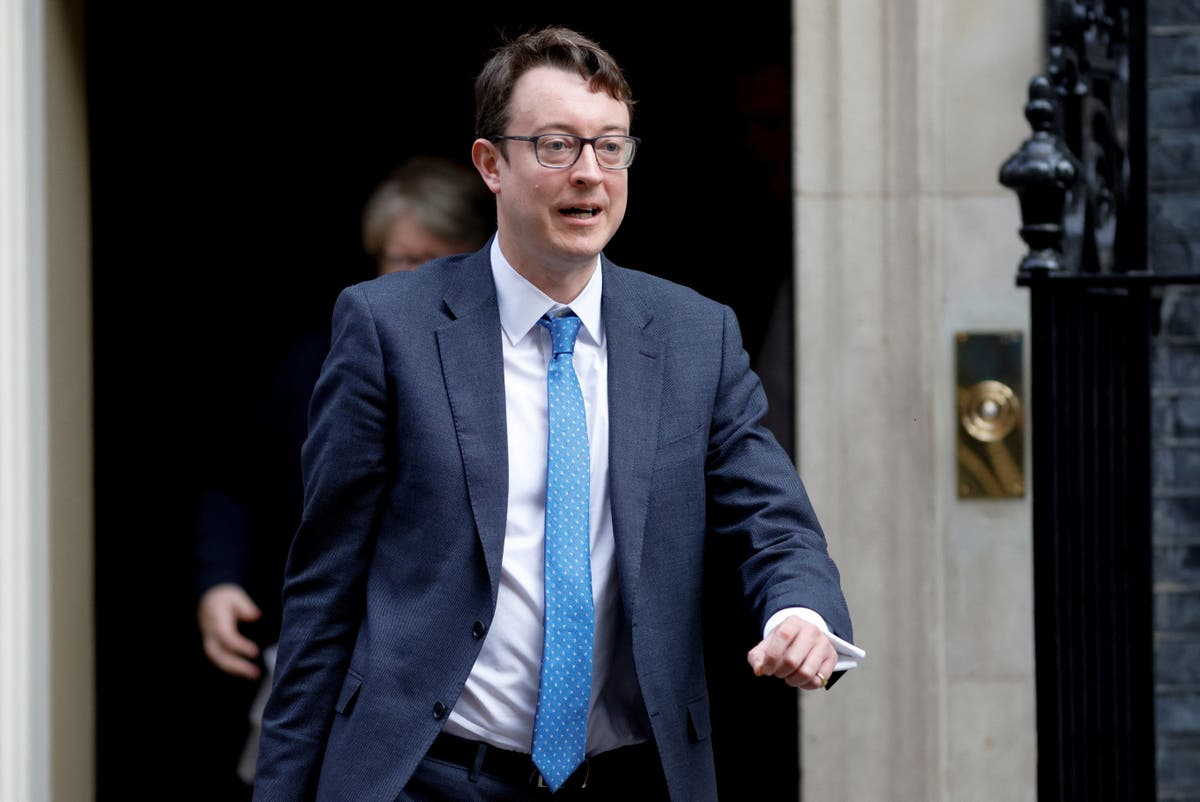 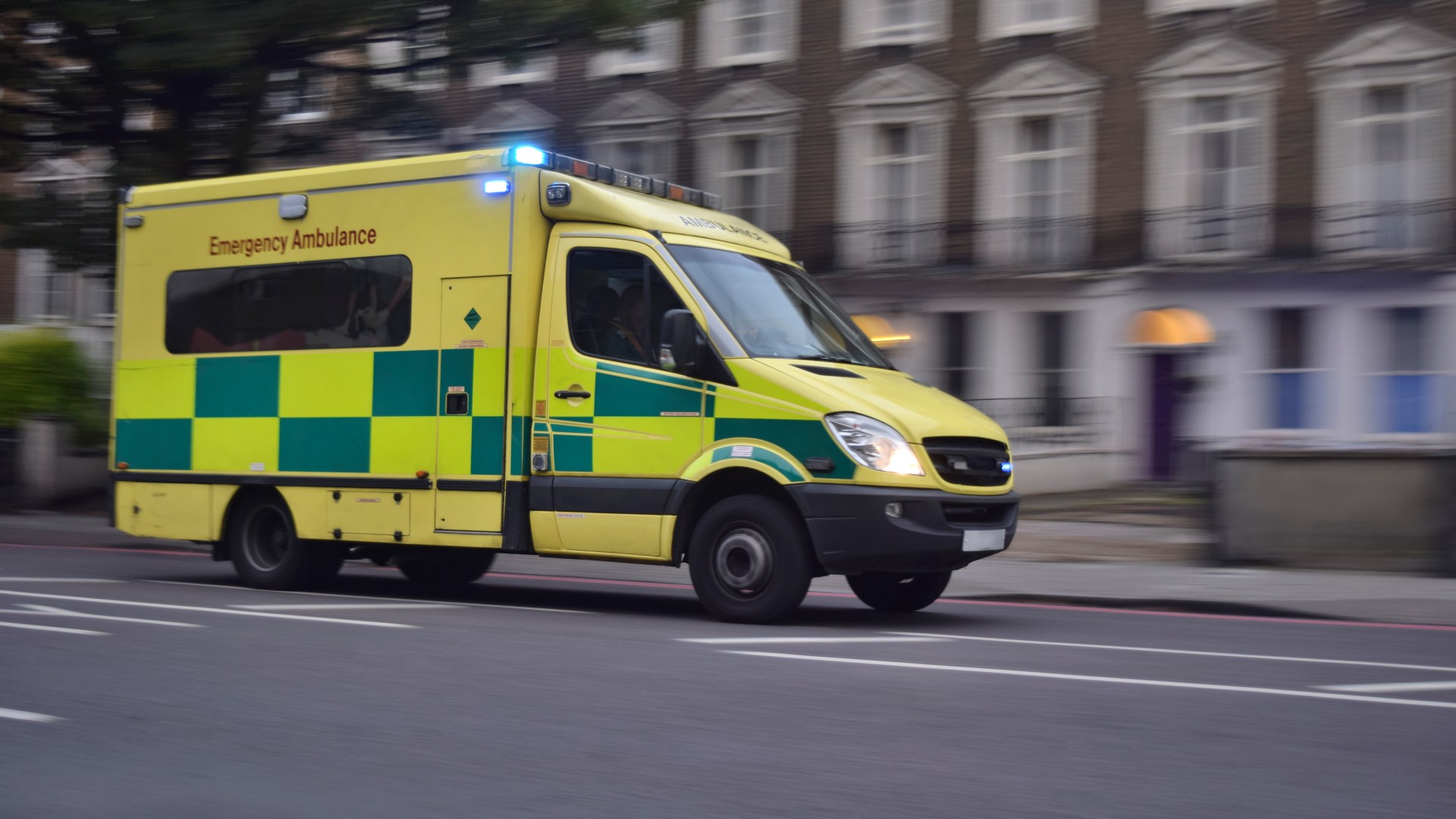 You could be fined £1,000 for letting ambulance pass – here’s how to avoid being caught out
2 mins ago

You could be fined £1,000 for letting ambulance pass – here’s how to avoid being caught out