Shares of the Canada-based greenhouse produce grower, which entered the cannabis space in 2017, are up 439% over the one-year period through April 1. The broader market has returned 65.5% over this period.

We can attribute Village Farms stock’s pullback last month largely to the company’s fourth-quarter 2020 revenue falling short of Wall Street’s expectations. Shares fell 10.9% on March 16 following the company’s release of its Q4 and full-year results. And they dropped 16.2% in the three days following the release.

That said, many stocks in the cannabis sector pulled back last month following robust performances in the prior couple of months. It’s natural for some investors — or at least short-term traders — to take some profits off the table.

In Q4 (as I just wrote in an article on the two best cannabis stocks to buy now):

Wall Street was looking for Q4 revenue of $52.5 million, or growth of about 59% year over year. Investors shouldn’t be concerned with the so-called “revenue miss.” Village Farms turned in a solid performance. 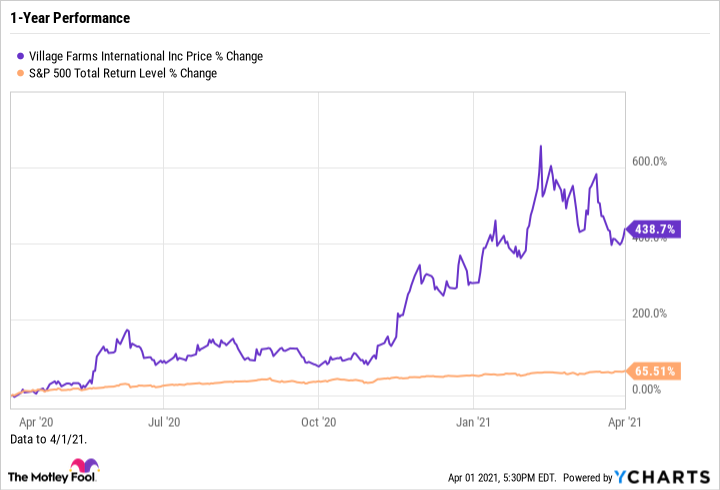 Village Farms’ financial results will be easier for investors to digest starting in Q1 of 2021 since it’s the first full quarter in which the company is the sole owner of the Pure Sunfarms cannabis subsidiary.