The insurers boosted sales through most of its locations despite wider business disruption, writes Mark Robinson

There was a marked contrast in outcomes for Prudential at the half-year mark once the negative impact of its discontinued operations in the US is factored into the equation. The group was forced to book a multi-billion-dollar writedown in the value of its US life insurance business, Jackson, ahead of its planned demerger next month. The result was that a reported pre-tax profit of $1.5bn (£1.08bn) transformed to a net loss of $4.64bn.

The accounting writedown shouldn’t detract from a satisfactory sales performance across all the insurer’s locations other than Indonesia and Hong Kong. APE sales (the aggregate of annualised regular premiums) for Asia and Africa increased by 17 per cent, while new business profit was up by a quarter to $1.18bn.

The group confirmed that it is considering raising equity of around $2.5-$3bn through a global offering to institutions and Hong Kong retail investors, after the Jackson demerger. Certainly, a portion of any new funds raised will be utilised to accelerate the group’s digital transformation. The focus is on digitalising many of Prudential’s existing products and services to make them accessible through its Pulse digital platform. Since its launch in 2019, Pulse has been downloaded around 30m times and has rapidly increased its proportion of overall APE sales.

The demerger of the Jackson business should enable the group to increase focus on the higher growth Asian markets. Chief executive Mike Wells said profitability had been achieved against “a backdrop of continuing economic and social challenges due to Covid-19 and the resulting volatility in consumer activity”. With the Delta variant to the fore, those factors are still in play, but a forward consensus rating of 18 times forecast earnings isn’t overly expensive given long-term growth prospects. Buy.

Investors may need to be patient before the cap is removed from their dividend payouts, writes Julian Hoffman

Managing the turnround of a super tanker-sized asset manager was never going to be easy and the newly branded Abrdn (formerly Standard Life Aberdeen, and now probable winner of a Consignia corporate branding award) made it clear in its half-year results that investors who expected a higher dividend will either have to wait, or by implication, go somewhere else to find one.

The key to being able to offer a dividend higher than the capped 14.6p a share is whether Abrdn can get its capital generation to cover the dividend payment by 1.5x.

In the half, the company managed a payout ratio of 1.14x, with the cash sum totalling £154m. How management will achieve this target is dependent on how quickly Abdrn’s cost-to-net-income ratio falls. Currently, this is a stubbornly high 79 per cent, which management wishes to reduce to 70 per cent by the end of 2023. To put this into context, Schroders (SDR), arguably the gold standard for asset managers, has a cost ratio of just 67 per cent.

Part of the problem is that Abrdn has a large weighting towards not particularly profitable activities — managing money market funds, fixed income, corporate balances — where the fees are small, but the fixed costs are still high. The answer in the long term will be to reduce these activities significantly, probably in favour of opening more mutual-style funds for the retail market. To that end, the outflow of funds in the half can be interpreted as a net positive as most of £5.6bn comprised of withdrawn corporate funds as companies invested in their activities through the latter half of the pandemic. If that trend continues, then Abrdn’s cost ratio will fall organically, although probably not quickly enough to meet the 70 per cent target by the end of the two-year deadline, without deliberate action. Total assets under management were £532bn, down 1 per cent on 2020, while total fee income was up 8 per cent to £490m.

From an investment perspective, on some measures Abrdn does not perform badly. For example, it has a better return-on-employed capital percentage than Schroders (SDR) — 6.4 per cent versus 2.52 per cent — but fails consistently on earnings growth. The reality is that if Abrdn was liquidated tomorrow, investors would get just a bit more than their equity stake back, whereas for shareholders in competitors that could be three or even six times the value of their holdings. Sell.

Growth in clients and assets is no longer a lead indicator for rising profits, writes Alex Newman

Is Hargreaves Lansdown past its peak? On one level, the question feels absurd. Full-year results for the investment platform giant detail improving net client inflows, more benefits from surging markets, a record increase in customers and an 8 per cent rise in underlying pre-tax profit.

How then should we square this with the 10 per cent share price drop that greeted these numbers?

One place to start is with the cost base, which climbed 24 per cent to £266m owing to higher client activity levels and investments in staff homeworking. This, together with a higher tax take and a £39m gain on a disposal booked in 2020, explains the decline in statutory profits.

Investors are — and should be — more concerned with margins. The revenue margin on cash, which is the closest thing to a free lunch you’re likely to find, has contracted, and though average client cash assets climbed from £12.3bn to £13bn, a full year of lower interest rates meant revenue earned on client savings fell from £91.1m to £50.7m.

The cash revenue margin — which stood at 0.74 per cent a year ago — is now expected to dip to between 0.15 and 0.2 per cent this year, assuming there are no changes in interest rates.

Other signs of revenue pressure abound. These include the mandates in Hargreaves’ own bespoke funds, which slipped from £8.7bn to £8.4bn year on year. It could be a sign that investors are less inclined to pay an average 0.72 per cent management fee on top of a flat platform fee.

That isn’t necessarily a problem if fund and share dealing volumes hold up. The latter segment, which generates fees from stockbroking commissions and equity holding charges, was the single largest contributor to the top line in FY21, even though funds are a larger source of client assets.

Citing a slowdown in dealing volumes and client activity, management now expects the revenue margin to dip from 0.57 per cent to as little as 0.35 per cent. The net effect, according to analysts at Jefferies, could be a 5 per cent fall in revenues this year. With little sign of an abatement in cost inflation, this year’s bottom line, special dividend prospects and a consensus forecast for earnings of 57.8p per share all look under pressure.

Clearly, there’s still room for growth; Hargreaves expects the UK’s “addressable wealth market” to expand from £1.4tn to £1.8tn in the next four years, with direct-to-customer investment platforms accounting for just under a quarter of that pie. Client retention levels remain robust. But stalling profit growth complicates the task of equity valuation. Back to hold.

What exactly is a defensive stock? The question’s a tougher one than you might think.

Which is not unusual. Many stocks can lose defensiveness. Royal Dutch Shell, for example, seemed defensive until it suddenly cut its dividend last year. Travel stocks seemed reasonably secure until the pandemic caused them to fall even more than the market last spring and bounce back more in the autumn: they went from being ordinary-beta stocks to high-beta ones very quickly.

The opposite can also happen. In the tech boom-and-bust, tech stocks had a high beta as they were sensitive to swings in investor sentiment. But they were reasonably defensive in the financial crisis and in the pandemic. Transport stocks, by contrast have been usually defensive, except during the financial crisis and pandemic when their cyclical risk became more important.

Defensiveness, then, is not a fixed quality of shares. It comes and goes. We must ask: “defensive with respect to what?” A share that is resilient to swings in investor sentiment might not be so resilient to recession, or to rising bond yields, or to inflation, or to a pandemic — and so on. Defensiveness is far easier to spot with hindsight

Is this a problem? Maybe not. It might be a solution. One thing we know for sure is that defensives do better than they should on average over the long-term. This has been found around the world, in different times, and even in assets other than equities. And it is true for various measures of defensiveness. It is one of the few robust reliable facts about stock picking.

But why do defensives outperform? One possibility is that investors cannot borrow as much as they would like and so express their bullishness by buying high beta stocks to get a geared position on the market. Another is that defensives are risky for fund managers as they would underperform a strongly rising market, thus causing the manager to do worse than his peers. So some investors avoid defensives causing them to be underpriced — which means they offer good returns to the investor who is able to buy them.

A third explanation is the risk that any defensive can lose its defensiveness. Which is nasty, because it means the stock will fall a lot when the general market is slumping.

So, defensive stocks are riskier than they seem, but investors have historically been rewarded for taking on this risk. Which is more than can be said for many other types of risk: high-beta shares and Aim stocks, for example, have underperformed the main market over the long-term.

Defensive investing is not infallible. But nothing is. It is sensible and usually profitable as a long-term strategy — as long as you sometimes rebalance your portfolio to cope with the fact that defensives don’t stay defensive forever.

Chris Dillow is an economics commentator for Investors’ Chronicle

Cold Weather Payment: Cash you could receive this winter
5 seconds ago 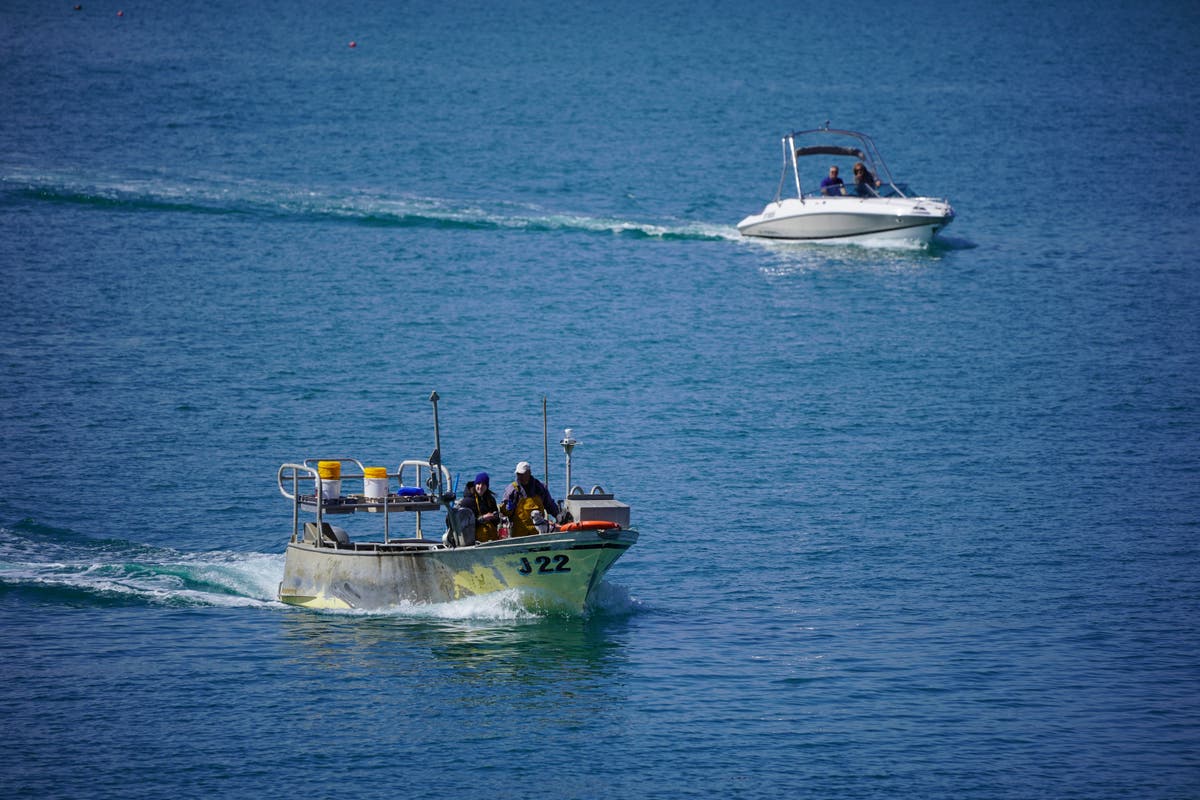