It was unbelievable talking about 70 USD as a major low when it was at 166 USD or even at ATH (See related ideas) ! however we predicted it carefully and time proved the power of our analysis.


Also I warned about possibility of a major fall when it was near ATH as my worst case scenario : 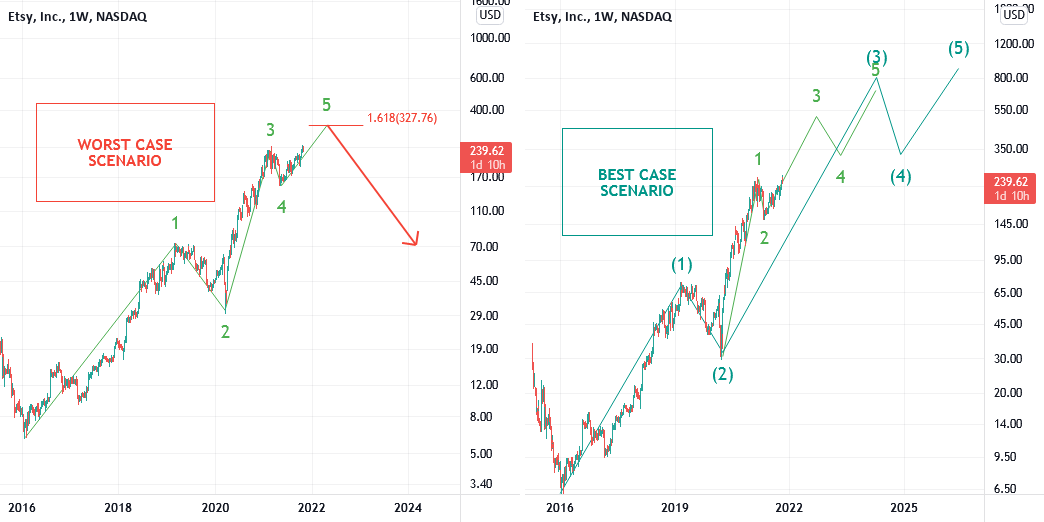 This is not to give myself a compliment ( Although some may believe I deserve it) . This is to provide you an example which shows the power of Elliott waves for major predictions ,of course, if used correctly.

Please note I do not claim that predicted upside move began from last major low will continue and it will not make a new major low. As written in the chart, there are some alternative scenario for now. For example a wave X can be formed which connects two corrective patterns however, as amount of Retracement in ETSY is enough and acceptable there may be a time correction in future considering general market condition.

And please note this is not a LONG position recommendation since ETSY is now far from last major low ( Although it may go higher) If you are going to open a long position in this stock it is wise to wait for a major correction and Retracement. It is worth to keep in mind usually wave 2s Retrace much of wave 1. This means if being patient enough ETSY can be bought in lower prices.

US GDP decline sees stocks closing lower for FX:GBPUSD by Mitrade_official
6 mins ago