When Winston Churchill was appointed First Lord of the Admiralty in October 1911, there was one man he wanted to talk to immediately. Admiral Sir John “Jackie” Fisher had only just retired as First Sea Lord, the navy’s military commander, but Churchill, now the civilian head of the Royal Navy, wanted to put him back to work to campaign for the modernisation of the fleet that both men saw as urgently needed.

Fisher has a good claim to be regarded as the greatest innovator the Royal Navy ever produced, a pioneer in everything from submarine warfare to the use of “OMG” as an abbreviation for “Oh my God”. He began his career as a midshipman in the age of sail, and ended it commissioning fast battleships that saw service throughout the second world war.

At the beginning of the 20th century, his passion was the need to shift the navy from coal to oil for propulsion. His fixation was so intense that he became known as “the Oil Maniac”, a sobriquet that he adopted with pride. In alliance with Churchill, who shared the same conviction, he won the argument, and Britain’s first oil-only battleship, the HMS Queen Elizabeth, was launched in October 1913.

The story is well told in Keith Fisher’s A Pipeline Runs Through It, a history of the business and politics of oil that stretches back to ancient Mesopotamia but is focused mainly on the period from the birth of the modern petroleum industry in the 1850s to the outbreak of the first world war six decades later.

Geology and physics are enduring, and will continue to dictate political and commercial relationships for as long as oil remains central to the global economy

The Royal Navy’s shift away from coal, matched by the fleets of other great powers including Germany and the US, was a critical step in the inauguration of the age of oil, creating a new web of international relationships that in many cases survive to this day. The surge in fuel prices following Russia’s attack on Ukraine has been a harsh reminder that the oil age is still with us, despite repeated attempts to move past it. Fisher — no relation to the forward-thinking First Sea Lord — is a diligent and thoughtful guide to show us how it all began.

He does not labour the contemporary parallels, but any reader will be struck by the ways that the business and geopolitics of oil still fall into patterns set more than a century ago. The global rivalry between Standard Oil and Royal Dutch Shell in the early 20th century, for example, is still carried on by their successor companies today. Routes for Russian oil to reach export markets were a concern for Tsar Nicholas II, just as they are for President Vladimir Putin.

Forms of government and social organisation may come and go, but geology and physics are enduring, and will continue to dictate political and commercial relationships for as long as oil remains central to the global economy.

Oil had many advantages over coal as a fuel for warships. It allowed greater speed, because its energy density is higher, and greater manoeuvrability, because the heat in the boilers could be varied by adjusting control valves, rather than by stokers shovelling coal. It meant ships could have smaller crews, because they no longer needed large complements of those stokers. And it enabled ships to refuel at sea, rather than coming into port for coaling. It was clear to Churchill that the Royal Navy, essential for the defence of Britain and its empire, would have been at a critical disadvantage if its ships had remained coal-fired while other nations moved to oil.

The great drawback of oil, from the British point of view, was in security of supply. Britain was the world’s largest coal producer in the 19th century, but its oil output was negligible. The commitment to an oil-fuelled fleet necessarily required commercial, diplomatic and military efforts to secure sources of supply around the world, which became Churchill’s other great preoccupation in the years leading up to the first world war.

One solution he backed was for the British government to take a controlling stake in Anglo-Persian Oil, a company founded by the English entrepreneur William Knox D’Arcy that was eventually to become BP. D’Arcy had secured the rights to find and produce oil across a huge area of Persia in 1901, and after years of unsuccessful exploration had finally discovered large reserves in 1908. Despite concerns in parliament and the press that the acquisition amounted to creeping socialism and would embroil Britain in additional security commitments in the Middle East, it was approved overwhelmingly by MPs in June 1914. Just two weeks later, the Archduke Franz Ferdinand was assassinated in Sarajevo.

Like any writer attempting to take on the history of oil, Fisher is working in the shadow of Daniel Yergin’s magisterial The Prize, which follows the story through to the 1990s. Fisher does not have Yergin’s sense of narrative drive, or his flair for deft character sketches. He is not well served by his title, presumably a play on Norman Maclean’s novella A River Runs Through It, which does not convey much of a sense of the book’s themes.

On the other hand, A Pipeline Runs Through It is deeply researched and rich in detail. It does a good job of setting out the positions of the key players — including Marcus Samuel, founder of Shell, John D Rockefeller, founder of Standard Oil, and the entrepreneur Calouste Gulbenkian — who shaped the early years of the oil age. By concentrating on a period that takes up only the first nine chapters in The Prize, Fisher has made his book a useful complement to Yergin’s.

Living in an area endowed with oil reserves can be a curse, not a blessing

The book begins unpromisingly, with an exhaustive catalogue of what feels like every single mention of oil in ancient and early modern sources, from The Epic of Gilgamesh to the sailors voyaging with Hernando de Soto in 1543, who were the first Europeans to report on the presence of petroleum in North America. It is not until page 79 that Fisher states one of his main themes: “The dependency of Britain and its allies on the United States for their oil supplies during both world wars . . . was . . . one of the primary reasons why the US would take over Britain’s position as the world’s superpower.”

From that point on, however, the story starts to pick up, as the author describes the complex interactions of politics and commerce that shaped the emerging world of oil. One repeated motif is the attempts by oil groups to suppress or absorb their competitors. Churchill was able to sweep away MPs’ objections to his plan to nationalise Anglo-Persian in part because it had emerged that Royal Dutch Shell was interested in a rival bid. He warned parliament that Britain faced being forced “to buy [oil] hand to mouth in the so-called open market”, which would in fact be dominated by “one or two great combinations”, meaning Standard and Shell. Modern politicians complaining about inadequate competition among oil suppliers and the power of the Opec+ group will find his arguments resonant.

Another recurring theme is that living in an area endowed with oil reserves can be a curse, not a blessing. Fisher punctuates his story of big business and grand strategy with reminders of people such as the inhabitants of Aceh, now in Indonesia, who lost an estimated 75,000-100,000 dead in a war with the Netherlands that lasted from 1873 to 1904. That war was motivated in part by the ambition of the Dutch to control the region’s oil reserves.

Some of the events at the dawn of the oil age are still reverberating more than a century later. Churchill’s interest in the oil reserves of Persia, for example, has had a lasting legacy. Four decades after the deal to take control of Anglo-Persian, Churchill’s government backed the 1953 coup that overthrew Iran’s elected prime minister Mohammad Mosaddegh after he had nationalised the country’s oil industry. The consequences of that coup still loom over Iran today.

The energy transition away from fossil fuels promises to break some of the chains of dependence created by the need for oil, albeit at the expense of creating new dependencies for critical minerals such as lithium. That transition is not going to be a rapid process, though, and oil will remain a central part of our lives for a long while yet. For as long as the age of oil lasts, it will be important for us to understand it the best we can, and A Pipeline Runs Through It makes a valuable contribution to deepening that understanding.

A Pipeline Runs Through It: The Story of Oil from Ancient Times to the First World War by Keith Fisher, Allen Lane £35, 768 pages

Save the date for Saturday, September 3 to listen to more than 100 authors, scientists, politicians, chefs, artists and journalists at Kenwood House Gardens, London. Choose from 10 tents packed with ideas and inspiration and an array of perspectives, featuring everything from debates to tastings, performances and more. Book your pass at ft.com/ftwf 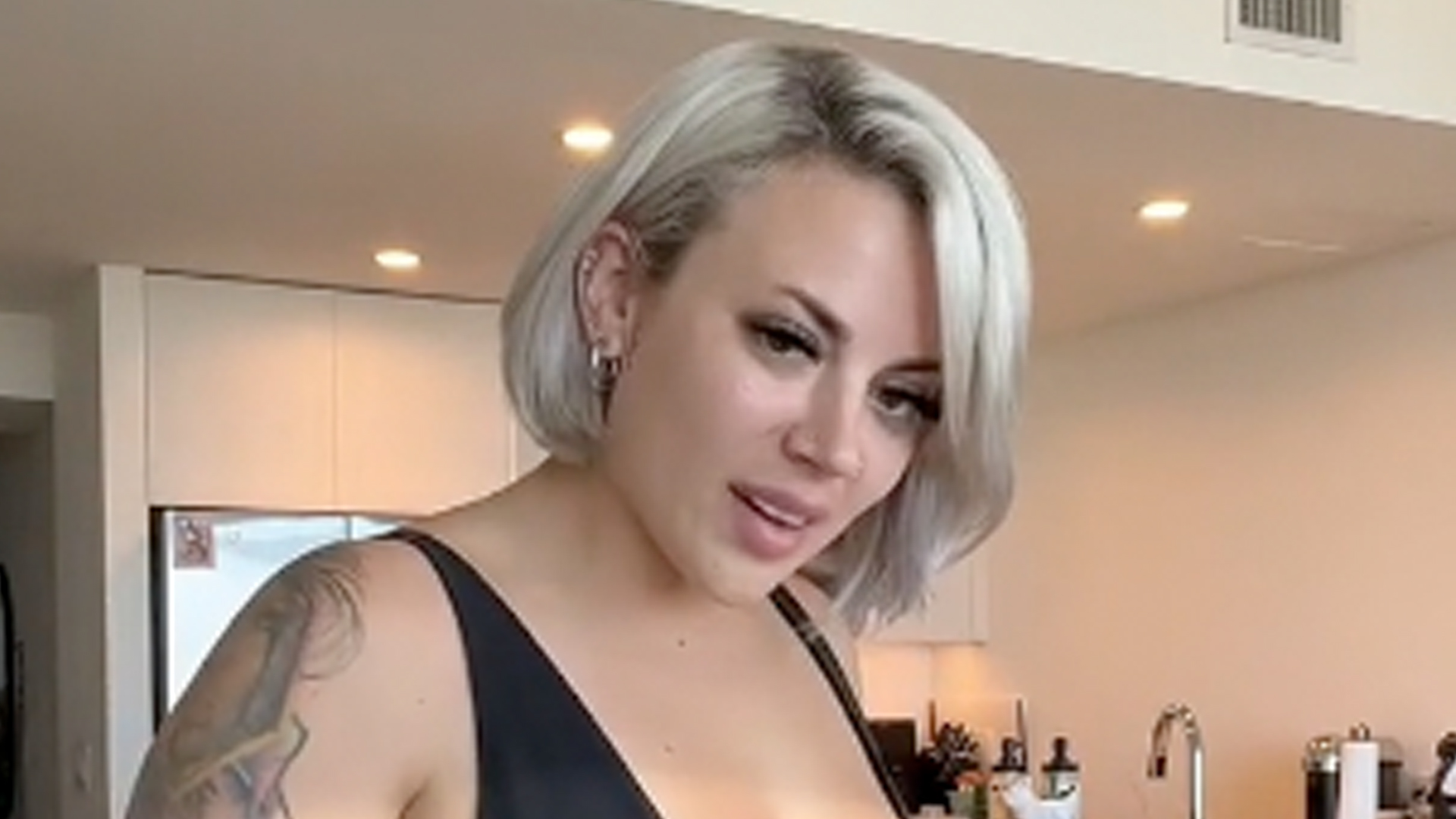