The viral replication cycle is crucial for a virus to spread inside the body and cause disease. Focusing on that cycle in the hepatitis A virus (HAV), UNC School of Medicine scientists discovered that replication requires specific interactions between the human protein ZCCHC14 and a group of enzymes called TENT4 poly(A) polymerases. They also found that the oral compound RG7834 stopped replication at a key step, making it impossible for the virus to infect liver cells.

These findings, published in the Proceedings of the National Academy of Sciences, are the first to demonstrate an effective drug treatment against HAV in an animal model of the disease.

“Our research demonstrates that targeting this protein complex with an orally delivered, small-molecule therapeutic halts viral replication and reverses liver inflammation in a mouse model of hepatitis A, providing proof-of-principle for antiviral therapy and the means to stop the spread of hepatitis A in outbreak settings,” said senior author Stanley M. Lemon, MD, professor in the UNC Department of Medicine and UNC Department of Microbiology & Immunology, and member of the UNC Institute for Global Health and Infectious Diseases.

Lemon, who in the 1970s and 80s was part of a Walter Reed Army Medical Center research team that developed the first inactivated HAV vaccine administered to humans, said research on HAV tapered off after the vaccine became widely available in the mid-1990s. Cases plummeted in the 2000s as vaccination rates skyrocketed. Researchers turned their attention to hepatitis B and C viruses, both of which are very different from HAV and cause chronic disease. “It’s like comparing apples to turnips,” Lemon said. “The only similarity is that they all cause inflammation of the liver.” HAV is not even part of the same virus family as hepatitis B and C viruses.

Hepatitis A outbreaks have been on the rise since 2016, even though the HAV vaccine is very effective. Not everyone gets vaccinated, Lemon pointed out, and HAV can exist for long periods of time in the environment—such as on our hands and in food and water—resulting in more than 44,000 cases, 27,000 hospitalizations and 400 deaths in the United States since 2016, according to the CDC.

Several outbreaks have occurred over the past several years, including in San Diego in 2017 driven largely by homelessness and illicit drug use, causing severe illness in about 600 people and killing 20. In 2022, there was a small outbreak linked to organic strawberries in multiple states, leading to about a dozen hospitalizations. Another outbreak in 2019 was linked to fresh blackberries. Globally, tens of millions of HAV infections occur each year. Symptoms include fever, abdominal pain, jaundice, nausea, and loss of appetite and sense of taste. Once sick, there is no treatment.

In 2013, Lemon and colleagues discovered that the hepatitis A virus changes dramatically inside the human liver. The virus hijacks bits of cell membrane as it leaves liver cells, cloaking itself from antibodies that would have otherwise quarantined the virus before it spread widely through the blood stream. This work was published in Nature and provided insight into how much researchers had yet to learn about this virus that was discovered 50 years ago and has likely caused disease dating back to ancient times.

A few years ago, researchers found that hepatitis B virus required TENT4A/B for its replication. Meanwhile, Lemon’s lab led experiments to search for human proteins that HAV needs in order to replicate, and they found ZCCHC14—a particular protein that interacts with zinc and binds to RNA.

“This was the tipping point for this current study,” Lemon said. “We found ZCCHC14 binds very specifically to a certain part of HAV’s RNA, the molecule that contains the virus’s genetic information. And as a result of that binding, the virus is able to recruit TENT4 from the human cell.”

In normal human biology, TENT4 is part of an RNA-modification process during cell growth. Essentially, HAV hijacks TENT4 and uses it to replicate its own genome.

This work suggested that stopping TENT4 recruitment could stop viral replication and limit disease. Lemon’s lab then tested the compound RG7834, which had previously been shown to actively block Hepatitis B virus by targeting TENT4. In the PNAS paper, the researchers detailed the precise effects of oral RG7834 on HAV in liver and feces and how the virus’s ability to cause liver injury is dramatically diminished in mice that had been genetically modified to develop HAV infection and disease. The research suggests the compound was safe at the dose used in this research and the acute timeframe of the study.

“This compound is a long way from human use,” Lemon said, “But it points the path to an effective way to treat a disease for which we have no treatment at all.”

The pharmaceutical company Hoffmann-La Roche developed RG7834 for use against chronic hepatitis B infections and tested it in humans in a phase 1 trial, but animal studies suggested it may be too toxic for use over long periods of time.

“The treatment for Hepatitis A would be short term,” Lemon said, “and, more importantly, our group and others are working on compounds that would hit the same target without toxic effects.”

This research was a collaboration between the Lemon lab and the lab of Jason Whitmire, professor of genetics at the UNC School of Medicine. Lemon and Whitmire are members of the UNC Lineberger Comprehensive Cancer Center.

More information:
The ZCCHC14/TENT4 complex is required for hepatitis A virus RNA synthesis, Proceedings of the National Academy of Sciences (2022). DOI: 10.1073/pnas.2204511119
Provided by
University of North Carolina Health Care

Why Are Energy Bills Rising When Suppliers Are Making Record Profits? 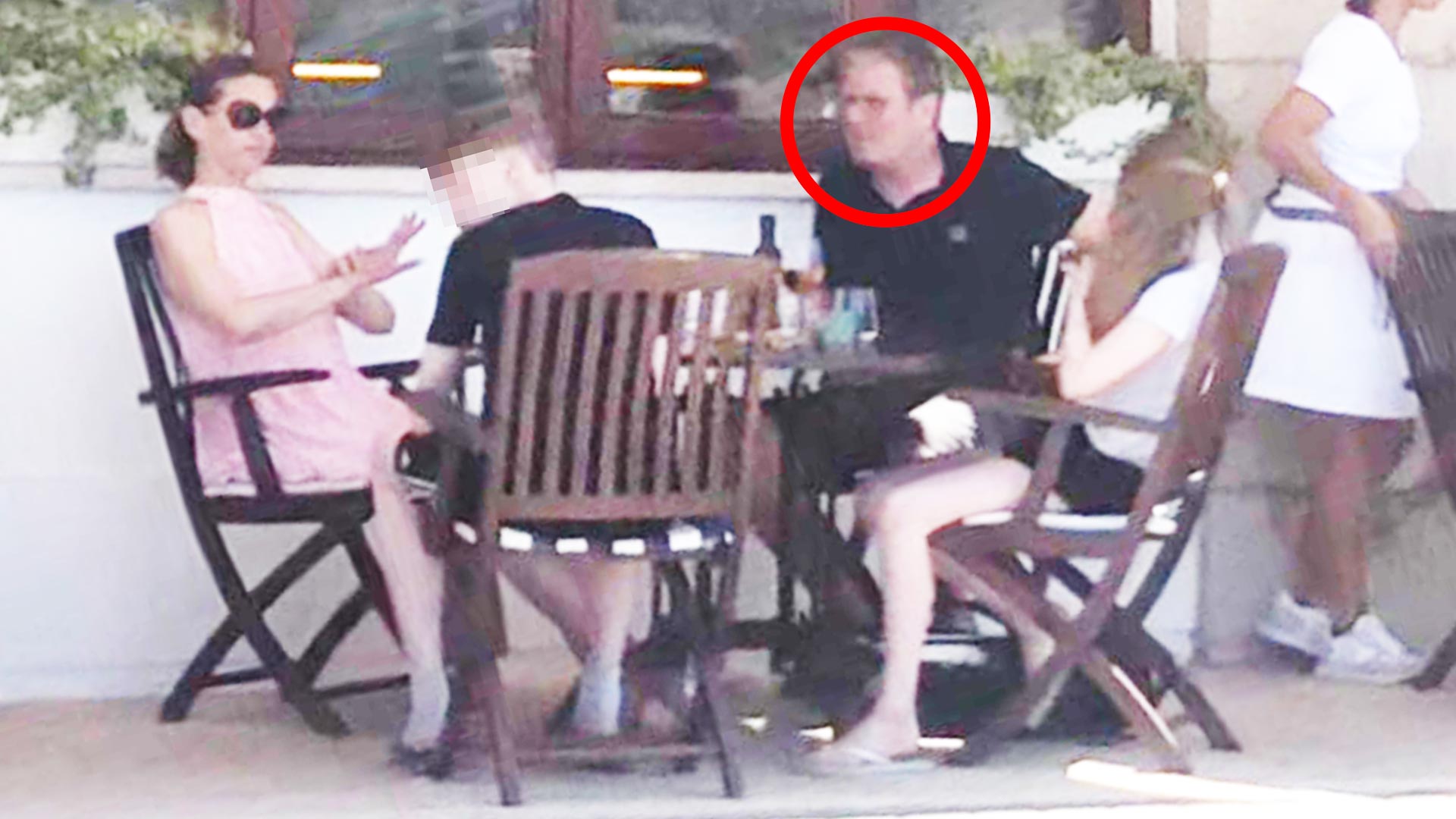 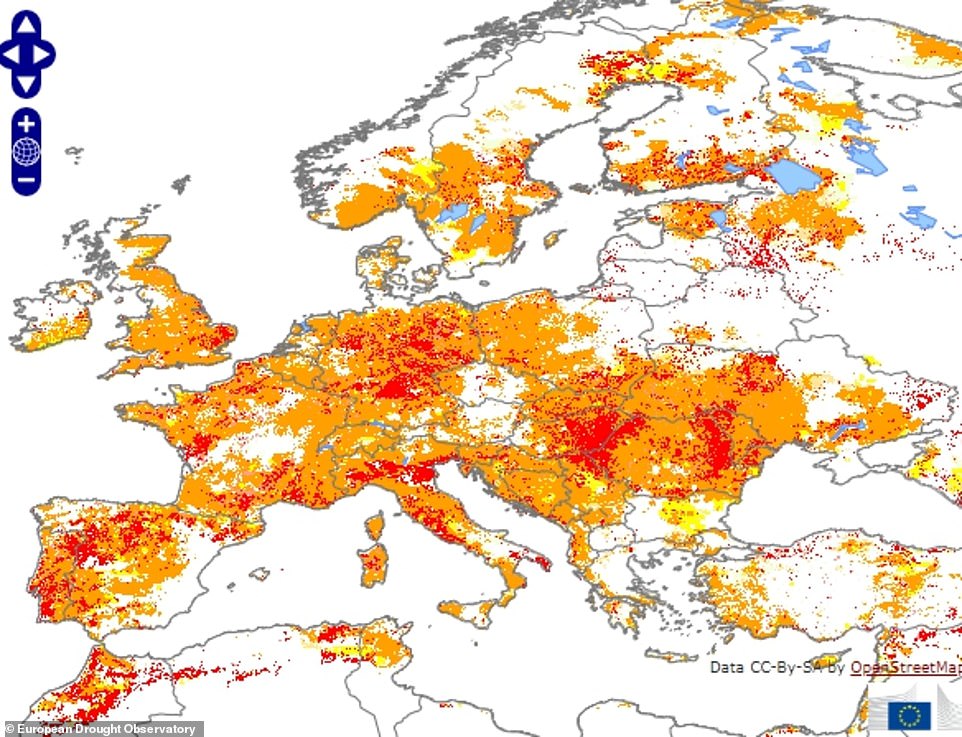 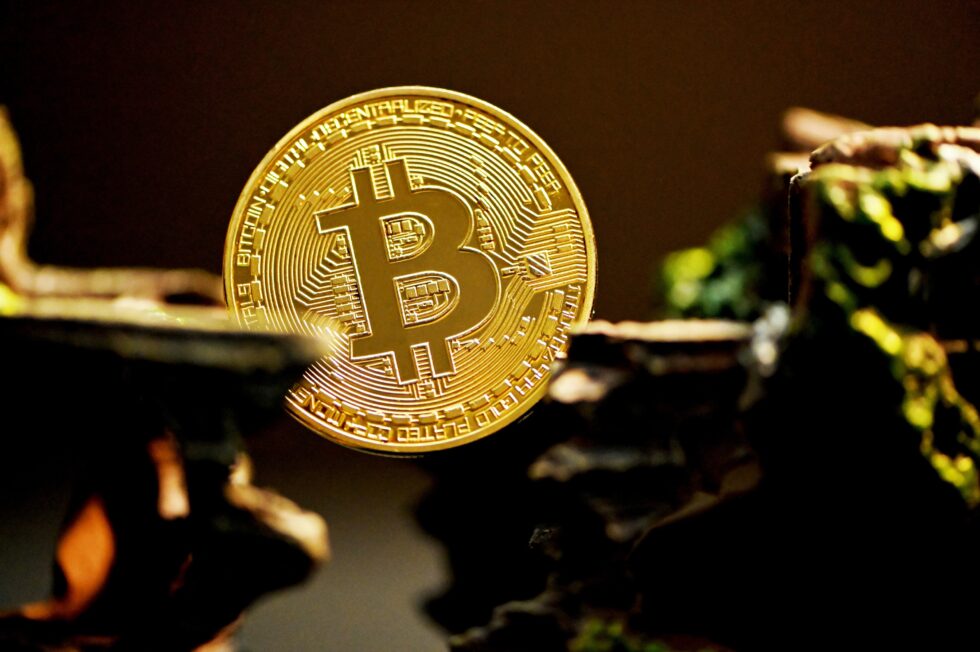 Bitcoin Market On Verge Of Greed, But Investors Remain Hesitant | Bitcoinist.com
5 mins ago

Payrolls increased 528,000 in July, much better than expected in a sign of strength for jobs market
6 mins ago

Payrolls increased 528,000 in July, much better than expected in a sign of strength for jobs market