As with all bicycles during the pandemic, electric bikes, or those with battery-powered motors to handle propulsion, boomed. The market research firm NPD Group said sales of e-bikes grew 145 percent in 2020 compared to 2019, outpacing sales of all bikes, which were up 65 percent.

“Bike categories that catered to families and recreational and newer riders grew better than more performance-oriented bikes,” said Dirk Sorenson, a sports industry analyst at NPD, adding that e-bikes “overcome challenges like big hills or going on a longer ride than a typical bike.”

But it’s not just consumer sales that have mainstreamed e-bikes. Municipal bike-sharing systems have increasingly adopted the technology, with some cities, including Charlotte, N.C., going with an all-electric fleet during the pandemic.

Social distancing demands, the quest for safe and more accessible public transportation and sustainable travel measures have forged a growing adoption of e-bikes among travelers as well as local residents.

Cities, bike-sharing companies and even a peer-to-peer bike-sharing platform (in which bike owners rent their bikes directly to users) are jumping into the e-bike ecosystem. Here’s how bike-sharing — sometimes called “micromobility” to include other small vehicles, such as scooters — has shifted in the tourism lull.

Covid did not kill bike-sharing

In the early days of the pandemic, bike-share usage stalled as those working from home stopped commuting. For essential workers who needed to travel, bike-sharing became an alternative to buses or trains, where they might be exposed to the virus by other passengers. Lyft, which manages bike-share fleets in nine cities — including the largest systems in New York City and Chicago — gave about 30,000 essential workers free yearly passes.

“Covid was able to highlight micromobility as an essential transportation service, filling in where transit service stopped or where gaps existed and helping essential workers get to work,” said Samantha Herr, the executive director of the North American Bikeshare Association.

As people began to leave their houses in summer, biking rebounded. In Honolulu, nearly 80 percent of members of the bike-sharing system Biki said riding was the safest form of public transportation during the pandemic. In Chicago, the Divvy bike-share system recorded its busiest month on record in August.

In New York City, where Citi Bike added 3,700 new bikes in 2020, ridership exceeded 2019 levels in the last four months of 2020, according to a monthly report filed with the New York City Department of Transportation. The company said 27 percent of rides were deemed “casual,” or recreational, in 2020, versus 17 percent in 2019, with the most popular stations around hospitals and parks, reflecting the mix of essential and casual uses.

Biking was clearly a remedy for cabin fever, and bike sharing is an affordable cure.

In Miami, where hand sanitizer dispensers were installed at Citi Bike Miami stations, casual users have taken about 40 percent of rides in 2021 as tourism has ticked up.

Colby Reese, the co-founder of DecoBike, which runs Citi Bike Miami, estimates about half a million visitors annually used the bike-share system before the pandemic. Plans are in place to add about 200 e-bikes this summer to the existing 2,000-bike fleet. “Because of Covid, outdoor things are more popular than they were before,” he said.

E-bikes for the people

The electrification of bike-share systems, accelerating now, has been underway for several years. In 2018, the Bikeshare Planning Guide from the Transformative Urban Mobility Initiative, a global initiative on sustainable transportation, called them “ideal for bikeshare because of their otherwise high upfront cost to users, and they can improve user comfort by reducing often-cited barriers to cycling such as fatigue, sweating, and longer-distance or hilly trips.”

According to the North American Bikeshare Association, in 2019, the last year for which statistics are available, 28 percent of bike-sharing systems had e-bikes. It found e-bikes were used more intensively than traditional bikes, at a rate 1.7 times higher.

In 2019, when the Madison BCycle fleet in Madison, Wis., went electric, usage more than doubled. Novelty was a driver, along with affordability.

“To be able to try an e-bike for a very low rate for a day pass is what draws people initially to try it out,” said Helen Bradley, the general manager of Madison BCycle, where a day pass costs $15. “Then they get hooked,” she added, on the range of the bikes, which can go 30 to 35 miles on a full charge with top speed of about 17 miles per hour.

Adopting e-bikes hasn’t come without growing pains. In New York City, Citi Bike introduced e-bikes in 2018, but removed them in 2019 after reports of brakes malfunctioning, causing rider injuries (similar problems forced Lyft, which manages Citi Bike, to temporarily withdraw e-bikes from its systems in Washington, D.C. and San Francisco). Last winter, New York re-introduced Citi Bike e-bikes, which reach maximum speeds of 18 m.p.h., below the limit of 20 m.p.h. later set by the city for the pedal-assisted e-bikes. There are now about 3,700 e-bikes in the 19,000-bike system; the average e-bike gets over nine rides a day, while the average for pedal bikes is 3.5.

“Putting a little bit of a motor on it makes cycling more attractive to a wider and aging audience,” said Aaron Ritz, who oversees the Indego bike-share system for the City of Philadelphia. Over the next five years, the Indego system will more than double in size, making half the fleet electric and focusing on historically underserved neighborhoods, which tend to be Black or Latin American.

Gregory F. Maassen, 53, a resident of Washington, D.C., describes the district’s Capital Bikeshare e-bikes as “built like tanks to withstand a lot of abuse.”

E-bike aficionados, like Mr. Maassen, who founded a social group called E-bike Lovers, prefer higher-end bikes, but credit bike-sharing as a gateway for introducing them to a broader audience.

“Interest in bike-share systems has had a great impact on the acceptance of e-bikes,” he said. “It gives people a low-cost entry into this new technology.” E-bikes can be purchased for a few hundred dollars, though most fans say quality bikes start around $1,500 and go much higher.

“I started using e-bikes because of Covid and I don’t own a car in San Francisco,” he said, noting that e-bikes with only seven or eight miles left on the battery were too weak to get him up hills. “I was excited, but it turned out to be disappointing.”

Shared bike systems always aimed to go the “last mile” or fill the gap between public transit hubs and your destination. E-bikes make them more serious contenders as transportation options by going farther with less effort.

“If I can get someplace farther or faster, that matters when you’re picking a mode of transportation,” said Bill Dossett, the executive director of Nice Ride Minnesota, the nonprofit that started the shared mobility system in Minneapolis, now operated by Lyft, which plans to add about 2,000 e-bikes this spring.

Lyft, the country’s largest bike-share service, has added transit information on its rideshare app in 17 cities to better coordinate with public transportation systems, in addition to showing available drivers, bikes and scooters. In Denver, users can buy transit passes through the app.

“We’re giving people a user-friendly way to piece together trips and allow them to explore a city that historically would have been much harder,” said Caroline Samponaro, Lyft’s head of micromobility policy.

The success of electric bikes and scooters has encouraged Bolt Mobility, which is in about 21 cities and college campuses, to develop electric mopeds, three-wheeled bikes and minicars, electric vehicles that offer more stability and protection.

“These devices aren’t supposed to be just for 20-year-old kids, they’re supposed to be for everyone,” said Ignacio Tzoumas, the chief executive of Bolt Mobility.

Bolt, which was co-founded by the Olympic gold-medalist sprinter Usain Bolt, has plans to bring its e-bikes and scooters to Tokyo in time for the Olympic Games this summer.

While most bike-share systems are affiliated with cities, entrepreneurs foresee a future in private bike shares for hotel guests, apartment complex renters or company employees.

The peer-to-peer bike-sharing platform Spinlister is developing a private model that would station Rokit Ebikes at a hotel, for example, which could offer access as an amenity, leaving the management and maintenance to Spinlister.

Before the pandemic, Hopr had plans to take its services, which include e-bikes, to hotels and create private bike-share systems, an effort paused by the dearth of travel.

“We come from sharing and have the technology to unlock a bike from an app and rent it so it’s no hassle for the hotel,” Mr. Squire of Hopr said. 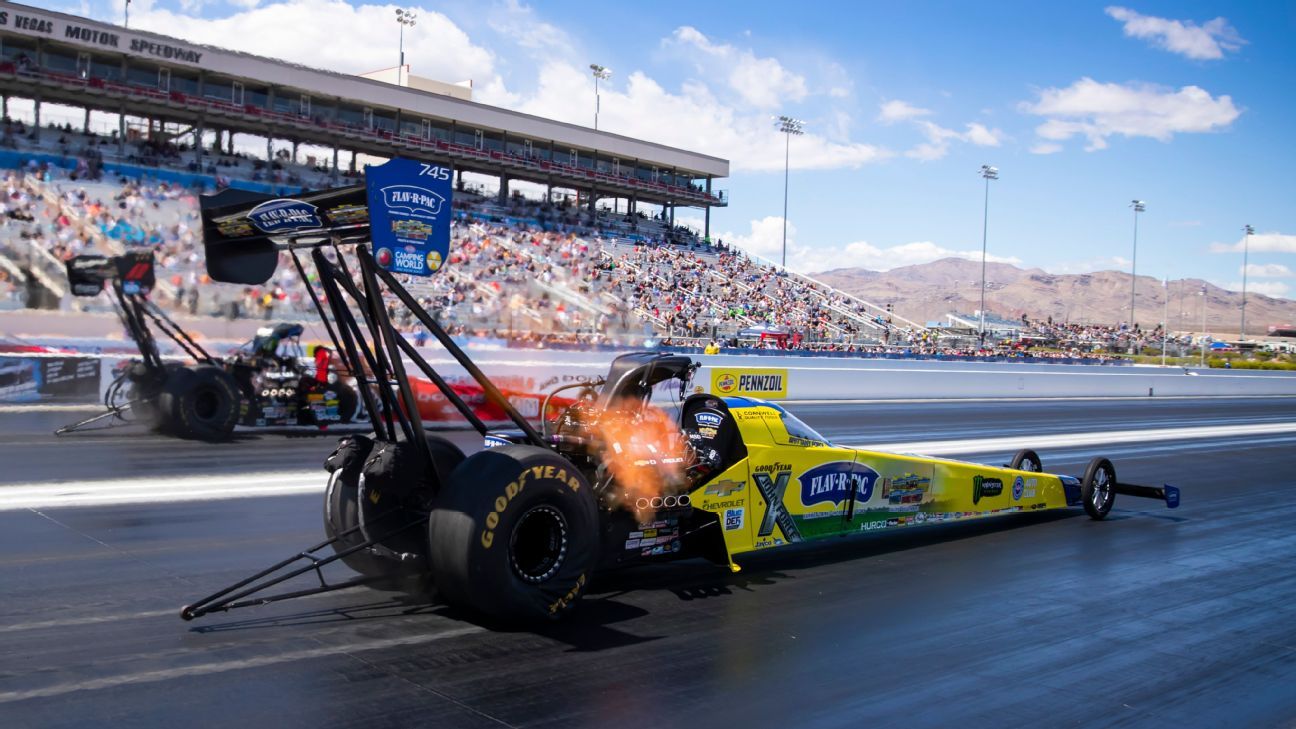 Brittany Force No. 1 in Vegas Top Fuel qualifying
4 mins ago 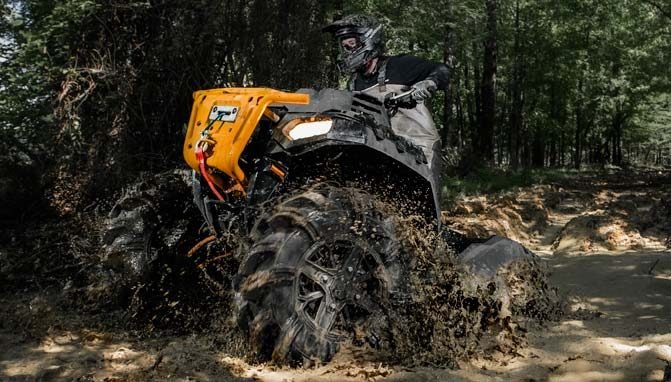