Surgeries conduct their highest number of appointments on a Monday – but availability gets progressively worse throughout the week.

Patient groups last night reacted with fury to the revelation, warning that people risk being left in agony over the weekend or forced to go to busy A&Es.

GPs conducted an average of 1.29million consultations each Monday in July but just 1.09million on Fridays – a fall of 16 per cent (stock photo) It comes a day after Martin Marshall, chairman of the Royal College of GPs, told MPs that the ‘reality’ is full-time GPs will soon be extinct

Boris Johnson last night said people were ‘entitled’ to see their GP in person – as he warned that thousands would ‘suffer’ unless face-to-face consultations were reinstated.

Speaking to reporters in the US, the Prime Minister said in-person appointments were vital in ensuring life-threatening conditions were picked up early.

And he firmly rejected a warning from the head of the Royal College of GPs that face-to-face appointments may never return to pre-pandemic level.

Before the pandemic, about 80 per cent of consultations took place in a doctor’s surgery – but as of July, the figure stood at just 57 per cent.

It comes a day after Martin Marshall, chairman of the Royal College of GPs, told MPs that the ‘reality’ is full-time GPs will soon be extinct.

GPs conducted an average of 1.29million consultations each Monday in July but just 1.09million on Fridays – a fall of 16 per cent.

And, over the past year, there were around 10million fewer appointments in total on Fridays than there were on Mondays, according to the latest data from NHS Digital.

Separate figures show three in four GPs work less than full-time, meaning fewer than 37.5 hours a week. And a more granular analysis reveals one in 12 GPs work only 15 hours a week or less.

Dennis Reed from Silver Voices, a campaign group for the over-60s, said: ‘Doctors should be offering a full service and it is simply not good enough to be tapering off care at the end of the week.

‘Patients don’t stop getting sick just because it’s Friday. This risks leaving people sick or in pain over the weekend or pushing them to A&E.’

Responding to the figures, Professor Marshall said that flexible working – which allows GPs to work less than full time – ‘enables highly-trained family doctors to remain in the workforce, delivering the care that our patients need and deserve’.

He added: ‘It is down to individual practices to allocate their services in line with their team’s capacity and their understanding of [patients’] needs.’

The Daily Mail’s campaign to win the right for all patients to have face-to-face care from their family doctor has received a tidal wave of public support.

Some 85 per cent of Britons believe they should be entitled to an ‘in-person’ appointment with their GP – and not be fobbed off with a remote consultation by phone or video.

More than half (53 per cent) say they struggle to obtain a face-to-face appointment, with nearly three in ten (27 per cent) who have asked to see their GP in person in the past year saying they have been told no.

More than four out of five (83 per cent) say they prefer traditional in-person consultations, and nearly two thirds (65 per cent) say illnesses are likely to get worse if they are treated remotely.

The findings of the J L Partners survey for this newspaper come after Britain’s top GP sparked controversy by defending the huge rise in online consultations by GPs since the pandemic outbreak. Before the pandemic, four in five GP consultations were in person, but the latest figure for July is under six in ten.

Martin Marshall, chairman of the Royal College of GPs, said Covid safety curbs and high demand meant it was impossible for family doctors to offer all patients an in-person appointment just because they would ‘like’ one.

But the Mail survey reveals the public overwhelmingly rejects his argument. A massive 95 per cent say ‘face-to-face’ consultations result in a more accurate diagnosis – and 75 per cent say the success of the vaccine rollout means Covid is no longer a valid reason for GPs to decline to see people at local surgeries.

Former Tory leader Sir Iain Duncan Smith said: ‘I hope everyone from GPs to government will listen to this poll, as it shows what the public really want. They must act on it. There is no way that Covid can any longer be seen as an excuse to stop holding as many in-person appointments.’ The findings of the survey come after Britain’s top GP Martin Marshall sparked controversy by defending the huge rise in online consultations by GPs since the pandemic outbreak. Professor Marshall said about 80 per cent of GP appointments were conducted face to face prior to the pandemic, dropping to 10 per cent in the first wave. Now this figure is around 56 per cent A hospice carer who died from cancer after struggling to arrange a face-to-face GP appointment was ‘failed by the system’, say her grieving daughters.

But when she developed a persistent cough at the start of the pandemic, the grandmother of three was only offered brief telephone consultations. Her GP dismissed her cough in her first appointment in April last year, saying that it was probably caused by having had Covid and that it would pass on its own.

Although she responded well to her first two rounds of chemotherapy, she picked up a chest infection in July.

The former caregiver died at home in Tamworth last month, leaving behind her husband, two daughters and a son.

Both of Mrs Dutton’s grief-stricken daughters are today backing the Daily Mail’s campaign, saying they hope to prevent future heartbreak for others.

Her eldest daughter Liz Parker, 35, said: ‘Nothing we can do will bring Mum back but if this campaign helps stop another person going through the same thing, it’s worth it.

‘Mum would do anything for anybody. She really did devote her life to looking after others. So it makes it more painful that she was not looked after as she should have been.’

Mrs Dutton’s youngest daughter, Lisa McBlane, 33, also believes her mother might have survived if she had been treated sooner.

The NHS midwife asked: ‘Why weren’t the signs spotted earlier? I can only think that their [the doctors’] judgment was clouded by the pandemic.’

Both daughters are now planning to write to their GP to demand answers surrounding their mother’s care.

Mrs Parker added: ‘It is fair to say that the system failed her. Had my mum been seen earlier, she might still be here.’

He said cancers will be missed if GPs did not get back to seeing more patients face to face, adding that doctors were using Covid was an ‘excuse’ not to go back to pre-pandemic levels of in- person appointments.

Professor Sikora said: ‘The Government have got to listen to this poll and get GPs back to normal. They must insist that all patients with new symptoms must be seen in person. Remote appointments are okay for follow-ups but not for new patients.

‘It’s very difficult to assess people over Zoom and the telephone, and you will miss cancer diagnoses. If symptoms persist, the cancer will eventually be diagnosed – but it could happen after a delay of several months.

The poll shows enormous support for every aspect of the Mail’s five-point campaign to revive in-person care.

Our manifesto includes making face-to-face appointments the default and that anyone who wants to see their family doctor in person should be able to do so, with incentives for surgeries if necessary.

There is huge backing for this newspaper’s call for Boris Johnson to deliver on his election vow to recruit 6,000 more GPs and provide 50 million more appointments a year.

And the survey indicates it is not just GPs in the public’s firing line: a total of 43 per cent say fewer face-to-face appointments are the result of the Government’s failure to recruit enough doctors; 29 per cent blame doctors themselves.

In addition to the difficulties in getting to see a GP in person, the poll underlines how hard it is for patients to get through to their local surgery in the first place.

Barely one in four (28 per cent) got through the first time when they last called their surgery; 15 per cent said it took between six and 15 calls, and 8 per cent had to make more than 15 calls.

Twelve per cent said they had to wait two weeks for their appointment – or did not get one at all.

Alarmingly, 26 per cent said they had given up seeking treatment after trying – and failing – to get help from their GP in the past year. More than one in ten (11 per cent) turned to private health care instead.

The public is sceptical about the growing practice of GPs asking patients to send a photograph showing any sign of illness. A total of 50 per cent say this is unacceptable; 37 per cent have no objection.

The elderly are at most risk from the move towards more consultations conducted by phone or video, according to the survey. A total of 59 per cent say they fear the health of older people will be damaged.

More than half (52 per cent) say cancer is the condition most likely to go undiagnosed as a result of a remote consultation; 15 per cent say they fear those with dementia or other mental health problems are most vulnerable.

According to the survey, there is one popular, albeit controversial, way for the Government to reduce the strain on GPs: slap tough penalties on those who repeatedly fail to turn up for GP appointments for no good reason.

Only 8 per cent of those surveyed opposed any sanction. J L Partners interviewed 1,060 adults online yesterday. 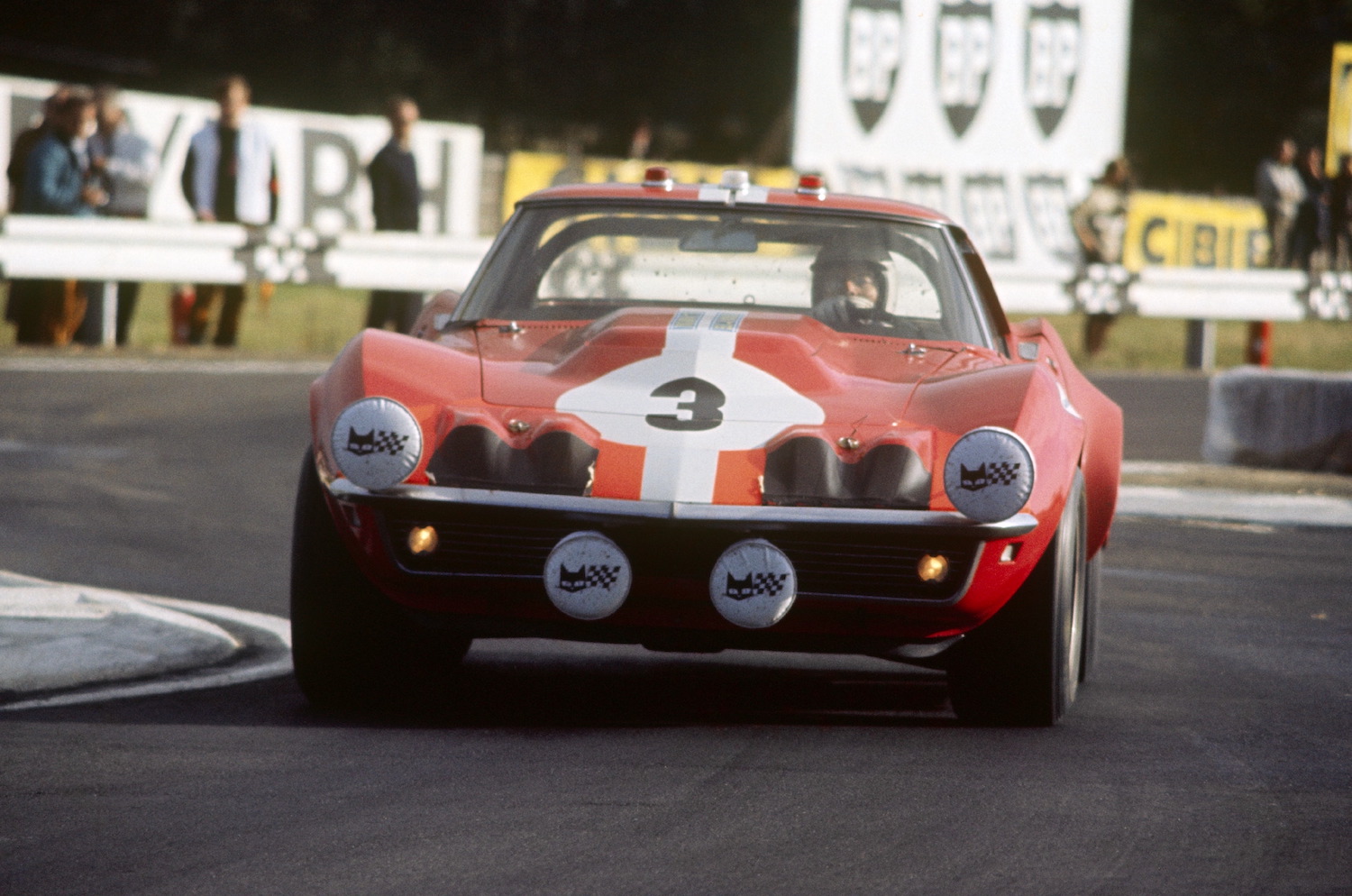 Rotting 1968 Chevrolet Corvette up for Auction – MotorBiscuit
5 mins ago 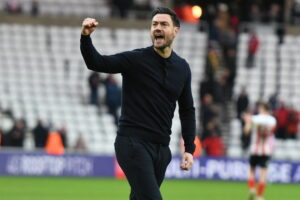