When he was 19 years old, Cecilio “Pepe” Vega was shot in the leg while sitting on his deck playing cards. With his back to the scene, he never saw the passing driver who attacked him that day in New Haven in 1989.

On his way to the hospital, he says a police officer pulled over the ambulance and began interrogating him, demanding to know who shot him. When Vega insisted he didn’t know, he says, the officer began swearing at him.

“I hope you die,” he said according to Vega, and slammed the door. At the hospital, Vega spotted the officer again whispering to his doctor in the doorway. He snuck out of the hospital and never returned.

“Unfortunately, that was a common incident back then,” says Anthony Campbell, Yale’s newly installed chief of police and former chief of the New Haven police department. “There was so much gun violence. Officers were so busy going call to call, and when a shooting victim came in, particularly one where it was unclear whether they were going to live, officers often—whether they meant to or not—were revictimizing them by the way they asked questions.”

About a year later, Vega was a victim of another drive-by shooting at a pizzeria near Yale’s campus. The gunshot shattered the windows, injuring his arm. Reflecting on his previous experience, he opted to not seek help.

Yale pediatric emergency medicine experts and child psychoanalysts alike agree—gun violence is a public health crisis both in New Haven and across the country, for the death and physical injury it causes and for the mental anguish that victims such as Vega suffer. According to the Johns Hopkins Center for Gun Violence Solutions, guns became the leading cause of death in youth in 2020. Now, several decades later, Vega has joined forces with Yale researchers, including James Dodington, MD, assistant professor of pediatrics (emergency medicine) and medical director of Yale New Haven Hospital’s Injury and Violence Prevention Center, to help disrupt the cycle of violence in the New Haven community. Dodington’s Hospital-based Violence Intervention Program (HVIP) at Yale New Haven Hospital is the first of its kind within a hospital or health system in Connecticut.

“Experiencing community violence can impact you in every possible way,” says Dodington. “We are striving to create policies that will impact and bring sustained improvement for victims.”

The level of community violence in Connecticut is staggeringly high. In 2011, New Haven experienced 34 homicides and more than 268 shootings, putting it among the top four most dangerous U.S. cities of its size. While there have been efforts to curb the amount of gunfire in the city, its impact is still significant. This year alone, New Haven has already suffered seven homicides, says Campbell, and this violence disproportionately impacts people of color, as well as those who are of lower economic and educational status.

“Gun violence and gunfire in this city are a significant issue which has to be addressed,” he says. “Not just because of the people who are killed. It traumatizes residents of the community, and most important, it traumatizes children by desensitizing them to the reality of gun violence in their neighborhoods—making them more prone to either engage in that activity or be victims in the future.”

The state has taken steps to improve firearm safety, including introducing child access prevention laws such as Ethan’s Law, which have been shown to reduce both accidents and suicide risk, and red flag laws designed to keep guns away from people who are considered threats to others. However, there is still work to be done, especially after the onset of COVID-19 triggered a rise in gun violence. Dodington’s work, for example, has revealed sobering statistics. In the first month of the pandemic, for example, his team found a 66% increase in victimization statewide due to firearm-related injuries and stabbings, particularly among Blacks and Latinos.

“Clearly, there need to be greater efforts done to address community violence,” he says.

The long-term health impact of experiencing a traumatic event such as a shooting on a young person depends on two factors, says Steven Marans, Ph.D., Harris Professor in the Yale Child Study Center—how the youth’s development was progressing in the first place, and the kind of support they receive following the trauma. When evidence-based interventions are not accessible, he says, the outcomes for children and adolescents who have experienced traumatic dysregulation can be significant.

They may experience a range of symptoms that disrupt daily life including difficulty sleeping, generalized fearful responses even when the danger is past, withdrawal from relationships with peers and family members, aggression, difficulty with concentration, increased frequency of nightmares, and avoidance of activities and sources of pleasure. These youth are also at an increased vulnerability to developing post-traumatic stress disorder and other long-term anxiety disorders, depressive disorders, substance abuse, personality disorders, and suicidal behaviors.

“The loss of control and helplessness is the cornerstone of the traumatic experience, and the most effective treatment interventions are aimed at increasing the child’s ability to take control of what they can control, which is the reduction of symptoms that follow the original traumatic dysregulation,” says Marans.

When youth who are exposed to violence are more likely to be involved in future violence, having evidence-based programs for breaking this cycle is critical for helping communities such as New Haven that are impacted by firearms.

“When children are physically assaulted, they are much more likely to be involved in a homicide or an assault with a firearm in the next six months,” says Kirsten Bechtel, MD, professor of pediatrics (emergency medicine). “Having hospital-based violence intervention programs can make the difference in the lives of our kids who are impacted by firearm homicides.”

HVIPs are a “golden opportunity,” says Dodington, to interact with victims of gun violence as they arrive at the hospital and provide them with case management services that can help disrupt the cycle of possible re-injury. Through Yale’s HVIP, staff coordinate with a trauma team to make sure both the patient’s physical and mental health are appropriately addressed.

Oftentimes, those impacted by violence need much more than medical treatment. So first, the program assesses patients’ current needs and circumstances and helps make them aware of potential opportunities available to them. For example, staff may work closely with patients to help them fill out applications for federal victims compensation if they qualify to have coverage for mental health visits. Then, they try to help patients get back out on their feet in terms of their education and career goals, as well as housing stability.

“We’ve been super lucky to have a partnership right now with an organization called 4CT, which allows us to offer cash assistance for immediate needs of victims,” says Dodington. “We can improve outcomes and really help get folks in a better place if we’re able to meet their needs, particularly around housing.”

In the most unfortunate circumstances, they help make sure families receive compensation for funeral expenses, which are a significant burden for many.

“Having people who deal with treating the impact of gunfire on a regular basis—trauma surgeons, nurses, doctors—working hand-in-hand with members of the community who are on the ground level to address this level of violence and trauma is crucial,” says Campbell.

But the true leader of this program, says Dodington, is Vega, who has dedicated his life to helping victims after suffering his own gunshot injuries years ago. He now is in charge of patient outreach at Yale’s HVIP.

“Vega has taught me everything I know about this work on the ground,” says Dodington. “We’re so lucky to have him.”

“The gun problem in New Haven is extremely serious,” says Vega. “Most of the youth I engage with in the community either carry a gun, have a friend who carries a gun, or know where the gun is in their house. They’re afraid and they feel like they need to carry a gun because everyone else does. If that’s not a public health crisis, I don’t know what is.”

But while gun violence remains prevalent in New Haven and across the country, Vega and Dodington agree that HVIPS remain chronically underfunded, as is community violence intervention in general. While some critics point out the lack of randomized controlled trials in support of these programs, Dodington points out that this assessment is unfair.

“There have been so few efforts to make sustained investments in this area,” he says. “There certainly has not been enough investment via the medical research industry to really show a sustained outcome in a large trial yet.” Part of that has been a longstanding federal prohibition—only recently lifted— against funding studies of guns’ public health effects.

Despite this major obstacle, Dodington is excited about two big wins. First, Connecticut recently became the first state in the nation to sponsor Medicaid reimbursement for community services to do violence intervention outreach. Second, cities including New Haven, Hartford, and Bridgeport have also introduced violence interruption organizations such as Project Longevity that engage and disrupt cycles of community violence through street outreach, group violence intervention, and other measures.

“It’s very exciting to be able to advocate and see real change happening in a state like Connecticut,” says Dodington.

HVIPS are just one piece of the puzzle for curbing the consequences of gun violence. Across Yale, researchers are striving to better understand the problem and introduce solutions. Marans, for example, has worked to pioneer a relationship with the New Haven police department and developing a model for mental health law enforcement and collaborative response to communities exposed to violence. The partnership has been in place for 30 years.

“Our work has led to a greater understanding of effective ways of helping children and families who’ve been impacted by violence and other catastrophic events achieve greater acute stability, as well as increasing and enhancing the role of police in helping with that stabilization,” says Marans.

For a recent study, Bechtel and her team spoke to firearm owners in Connecticut about weapon storage, and found that many participants said they would be open to changing their storage practices after experiencing the birth of a child. For example, several participants who used to keep their gun in a drawer began locking up and unloading it after their child arrived.

“The birth of a child would be a great opportunity for health care providers to talk to parents about locking up and unloading the weapons they have in their home,” says Bechtel. “We’re not going to be able to prevent people from owning firearms, but we can encourage them as much as possible to store them in a responsible manner so that people who shouldn’t use them can’t access them.”

Considering factors that put individuals disproportionately at risk is especially important, says Campbell. Growing up in an environment where gun violence was prevalent, Campbell experienced firsthand how opportunities such as good schooling can significantly alter one’s life path.

While the prevalence of gun violence can be scary, parents can take steps to effectively communicate with their children about current events.

“One thing we can talk to children about is that there are adults who are working really hard to try and figure out how to not make this happen anymore and keep kids safe,” says Bechtel. 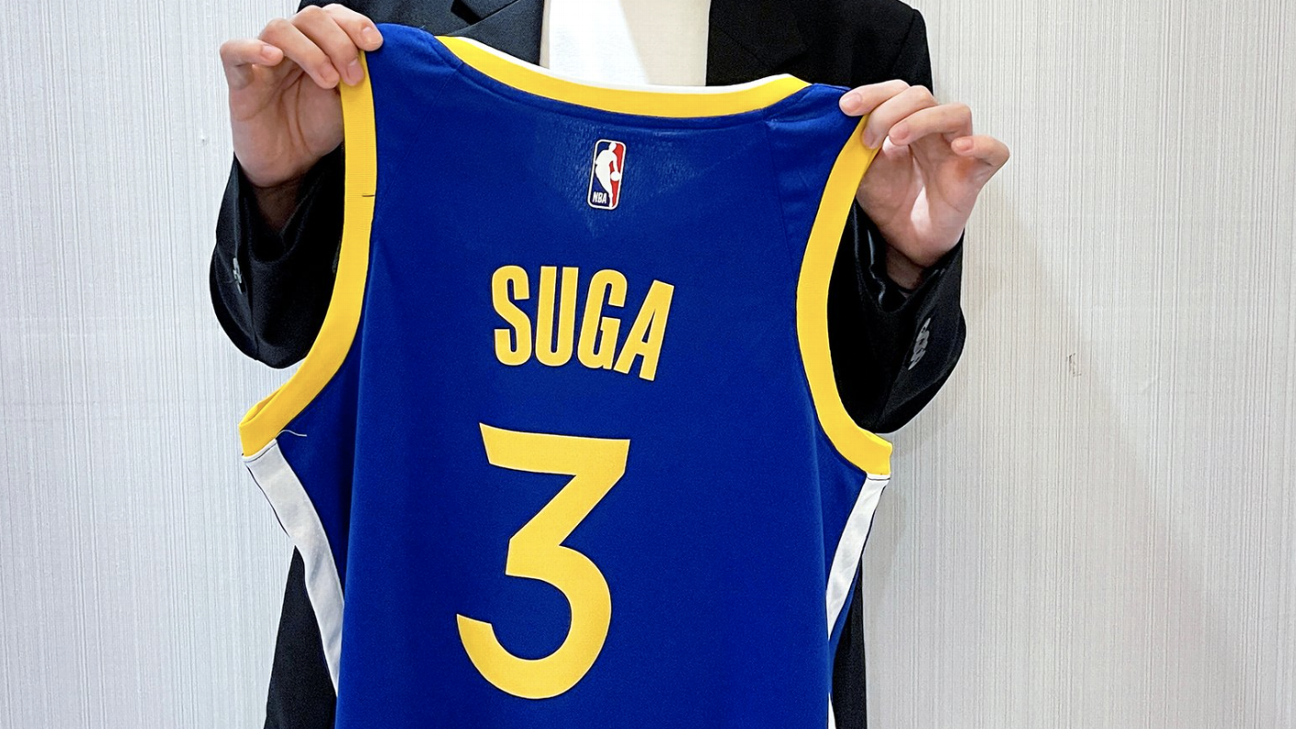 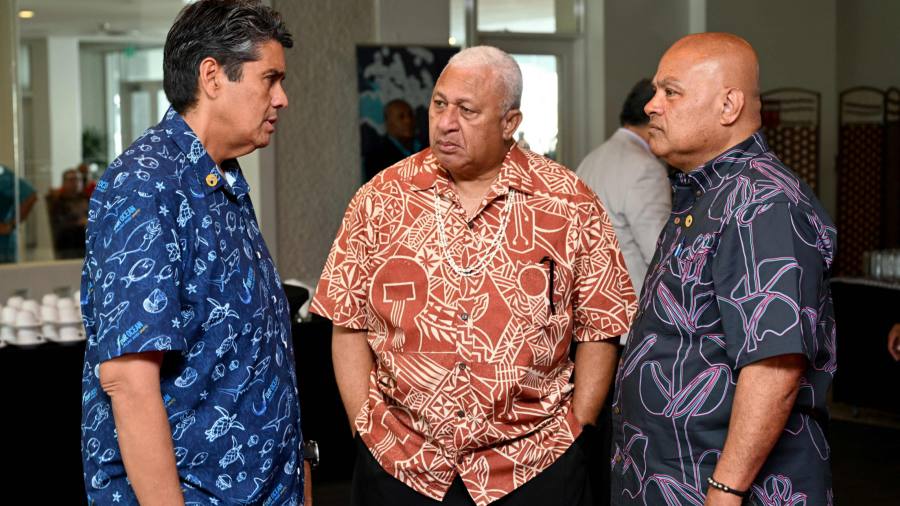