Buyout shops worldwide have raised more than $714bn in dry powder so far this year, according to data provider Preqin, and the mountain of unspent capital is set to reach new heights as the industry gears up to raise even more in 2022.

But as the pace of private equity fundraising steps up, investors are becoming increasingly selective in allocating capital, with limited partners showing a preference for established PE fund managers. That’s making it harder for first-time fund managers and smaller firms to muscle in on an already crowded market.

READ Guy Hands’ life in PE: From bullies in the playground to threats from Russian mobsters

“Deal pace has picked up massively after the worst of the pandemic. Because of that, what we’re starting to see is people running out of money and needing to come back to the market much faster because they’ve done so many deals,” she added.

Meanwhile, US buyout group Carlyle has raised $22bn in the third quarter, taking its total fundraising pot to $40bn so far this year, and both Blackstone and Advent are reportedly among those looking to hit the fundraising trail in the next few months for record flagship mega-funds.

Blackstone and Advent declined to comment on their fundraising plans.

The surge in fundraising is being fuelled by continued investor appetite for private equity exposure which can offer strong, uncorrelated long-term returns, even amid a persistently low interest rate environment. But for LPs, it’s proving to be a challenge as they scramble to find the resources and energy to keep up with the pace.

“We are hearing of LPs getting exhausted even at the thought of next year,” said Andrew Bentley, partner at placement agent Campbell Lutyens. “It’s a diligence challenge. LPs can’t look at it all – they just have to say no to new [opportunities] and triage what they can do. They can’t do it all at the same time or process that number.”

“LPs don’t have the bandwidth so are likely to focus their investments around people they already have existing relationships with,” echoed Fenton Burgin, head of Deloitte’s UK advisory corporate finance practice.

In Europe, 17 of the largest 18 funds are set to come back to market in the next 12 months, according to one placement agent.

Placement agents say another reason buyout firms are chasing ever-bigger funds is the fee income accrued from having more assets under management – the bigger the fund, the higher the fees, which helps push up the share price of the listed buyout funds.

“The stock is tied more closely to the 1.5%-2% fees from assets under management than the 20% carry which they receive after selling an investment,” the placement agent said.

Fundraising cycles are also shortening. Between 2013 and 2018, the average time between fund closures fell by 10 months, according to Preqin data.

“We’re seeing an average of two years between funds whereas 10 years ago it was probably three and a half to four years,” said Campbell Lutyens’ Bentley.

Blackstone chief operating officer Jonathan Gray recently said that several of the firm’s drawdown funds, including global private equity, are deploying capital faster than its original expectations and are now over 50% committed. “The timing of successor funds will be a function of investment pace,” Gray said during the firm’s third quarter results call.

“One of the big stories over the last two or three years in the fund space is successful GPs launching into other asset classes…whether it’s by deal size, geography or sector, within the buyout space or getting into infrastructure or some have gone into credit or even real estate. That then leads to increased competition.”

The combination of larger funds, shorter fundraising cycles and more products all means increased competition for the same assets. In the rush to deploy their capital, buyout groups are starting to pay big premiums for deals, which some LPs fear could diminish their returns.

That was highlighted last month by the huge premium Hellman & Friedman and EQT paid to secure control of Zooplus. After competing with each other for weeks, the rival buyout firms teamed up to make a joint €3.7bn offer for the German online pet-food retailer. The final offer of €480 a share represented an 85% uplift to Zooplus’ share price before the bidding war started in August.

Rising interest rates present another risk. The Federal Reserve is expected to hike interest rates next year, which could make it more expensive for private equity firms to finance some deals.

The glut of capital from bigger funds is also set to squeeze some less established players out of the market, said Dominick Mondesir, senior research analyst, Emea private capital at PitchBook.

Specialist funds with a specific strategy, however, can still flourish, Mondesir said. “If you’re an emerging GP coming to market with a niche specialist strategy to benefit from the pandemic, then you will still raise capital in this market. You might have to give a safer fee structure, entice LPs in, but there is certainly opportunity for first-time GPs to come to market.”

Several placement agents pointed to specialist funds in pandemic-resilient sectors such as healthcare and technology as among those that should still be able to attract new capital, despite the competition from mega-funds. Europe-focused Capza, for example, closed its growth tech fund last month for €200m, above its initial target of €150m.

Inevitably, just because the buyout funds have big targets for their next funds, there is no guarantee they will hit them.

“I would not be surprised if a number of GPs don’t get what they want,” said the head of investor relations at one of the biggest funds, who did not want to be identified because he was not authorised to speak publicly.

LPs by and large have already earmarked a set sum that they plan to allocate to PE firms over the next five-year cycle, and they won’t necessarily be able to raise that allocation just because GPs are now seeking more capital.

To contact the authors of this story with feedback or news, email Sebastian McCarthy and Lina Saigol 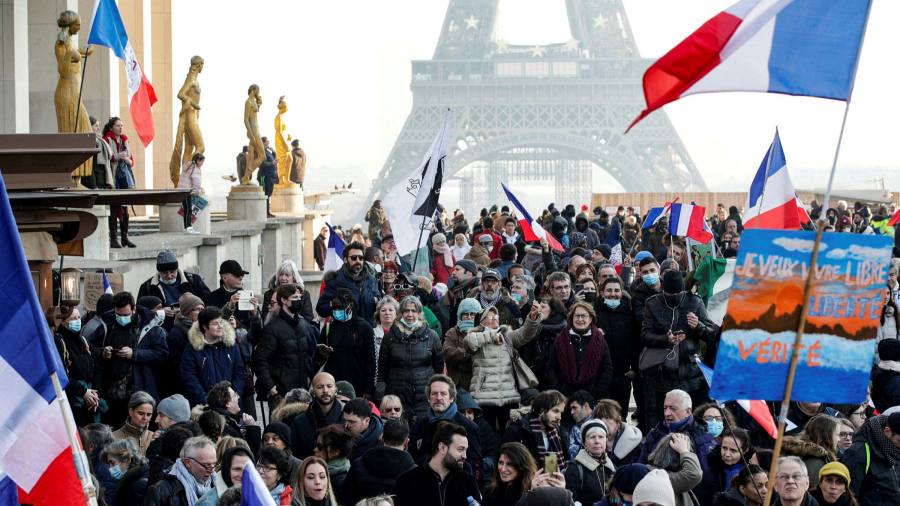