Greater government oversight, hand-holding by regulators and a £1bn growth capital fund must be considered at pace if the UK is to remain a global leader for financial innovation, a landmark Treasury-commissioned review of the country’s fintech sector has concluded.

The 106-page report outlined a number of proposals which will help the UK build “a strategy and a delivery model for a sector where we’re number one”, Ron Kalifa, former Worldpay chief executive and lead author of the review, told Financial News.

“I’ve characterised it that there are three risks. There’s obviously Covid, there’s Brexit and there’s competition. But I actually think that there are opportunities in terms of trade, jobs, and also inclusion and recovery,” he said in a phone call. “I think there’s quite a strong narrative in terms of the opportunity that has presented itself there.”

The fintech sector globally is worth around £110bn, and is expected to more than triple to £380m by the end of the decade. The UK has around a 10% market share of that figure, Kalifa said. This is largely underpinned by venture capital investment, of which the country takes in more funding for startups — $4.1bn in 2020 — than the next four European countries combined.

READThe UK is still the top fintech hub in Europe with $4.1bn in funding

“We must now build on our global reputation for fostering innovative start-ups and ensure firms can access the talent, finance and support they need to scale up here in the UK,” said Chancellor of the Exchequer Rishi Sunak, who welcomed the report in a 26 February statement.

Split into five chapters and each spearheaded by an industry figure, here’s a breakdown of the Kalifa Review’s conclusions and what some companies in the sector had to say about them.

Forming one of the Kalifa Review’s beefiest chapters, the UK has long been recognised as the pioneer of a regulatory environment where fintech can blossom.

“Certainly we’ve set the benchmark for policy and innovation with key initiatives such as the [Financial Conduct Authority] regulatory sandbox and open banking,” said Kalifa, referring to the testing environment for new startups set up by the City watchdog — now in its seventh cohort.

“It’s very interesting, when I’ve gone around talking to people about different markets — Australia, Canada, France et cetera — and asked them the question of ‘what is it that you’re doing in terms of fintech’. What they say is actually quite straightforward: ‘We tend to look at what you’re doing in the UK, and we just copy it, and we do it with gusto’.”

The review suggested the FCA should consider establishing a “scalebox” programme to assist later-stage startups with navigating life once authorised, with additional support from the Bank of England which has a similar programme in place.

“It’s a really good blueprint for how other regulators, particularly the FCA, could be working,” KPMG’s vice chair of financial services and the chapter’s lead author Kay Swinburne told FN in a virtual interview.

“At the very large [organisation] end, you get personalised service from the FCA, and at the very small startup, when you’re doing your sandbox, you get personalised service. But seemingly, there’s this big space in the middle, when you’re growing, that doesn’t give you any form of hand-holding,” she said, adding that the FCA have already voiced support for the proposal.

Other recommendations included setting up a Digital Economy Taskforce to ensure the various government departments which have a fintech strategy are working in cohesion, alongside an emphasis on fintech in trade policy. Overall, the review called for a new regulatory framework to be established to support emerging technologies in the space, such as cryptoassets and artificial intelligence.

“A lot of this is about speed, it needs to be done at pace,” Swinburne added. “Other regions around the world are genuinely moving at pace, not necessarily holistically, but they are actually moving at pace on individual pieces of this. For the UK to actually really lead, we need to be out there.”

Though the UK is already among the top three destinations for fintech investment globally, its numbers pale in comparison to that of the US and China. Kalifa said this was largely due to a lack of participation from institutional investors, leaving venture capital firms to lead the charge.

“I think it’s pretty well recognised that there’s a growth capital funding cap in the UK,” he said. “What I’ve been thinking about is how do we get private money, so the government isn’t being asked for anything else, to come and help fill that gap.”

The review proposed the creation of a £1bn growth fund, financed by insurers, pension funds and private investors, to support fintech startups in unlocking direct access to institutional capital. Existing avenues for this are minimal, as it requires institutions to already have a venture arm, or to invest in startups via a third party such as venture capital firms or patient capital trusts.

This would in turn improve the UK’s listing environment, Kalifa said, noting that while New York launched around 40% of the world’s stock market floats in the last five years, London saw just 4.5% of that. The report recommended a temporary reduction of free float requirements on London’s premium market to 10%, a dual-class share structure and cementing the current relaxation of pre-emption rights.

“We agree there is a need to encourage UK institutions, in particular pensions funds, to invest in fintech, one of the UK’s best performing asset classes, and we welcome the report’s recommendations in this important area,” said Tim Levene, chief executive of London-listed fund Augmentum Fintech.

“Augmentum remains one of the few ways that public market investors can access fintech and we know from conversations with our current and prospective investors that there is considerable appetite amongst UK institutions to access opportunities in this fast growing and innovative space.”

Ahead of publication, one of the most heavily trailed parts of the Kalifa Review was a need for more support to boost the UK’s attractiveness as a destination for overseas talent.

Primarily, the report proposed the creation of a new visa stream specifically to fast track the immigration process for fintech workers. To Kalifa, the post-Brexit landscape means the opportunity to compete with established tech visa schemes in France, Canada and Australia is ripe for the picking.

“For the first time for 40 years, people are going to have to navigate the European system of bringing talent into the UK,” he said, noting that the idea of waiting eight weeks for a visa to process once a person is hired isn’t “particularly palatable”.

The review also noted the importance of creating a pipeline of home-grown talent, suggesting the formation of short courses from educational institutions at lower costs and a pathway of embedded work placements within fintech scaleups.

Tom Graham, managing director in banking at Accenture UK, said: “Empowering a diverse domestic and international talent base, enabled with the skill-set needed to deliver on the promise, will future-proof our unique ecosystem and ensure the UK’s leading position in financial services is not compromised.”

London has long been the epicentre of the UK’s fintech scene, with startups in the capital raking in more than 90% of the industry’s venture capital intake in 2020. Government efforts to expand the reach of the technology sector outside of London have largely floundered, but Kalifa is determined to change that.

“Covid has done nothing apart from accelerate the adoption of digital activity, from Zoom calls being in our lives to online banking,” he said. “It’s interesting that in the very first month of lockdown last year, there was something like 6 million people — or 12% of the adult population — who downloaded a banking app for the first time. So it’s a sense of some behavioural changes that we’ve seen, but also importantly, I think, the way that people are going forward.”

The report proposed the creation of 10 clusters around the country to act as smaller innovation hubs, with plans for local enterprise partnerships for additional funding. Potential locations included the Pennines, Bristol, Birmingham and Newcastle.

These clusters would receive additional funding through investment in research and development initiatives, as seen in Cambridge with the presence of tech giant Amazon. A national strategy for the hubs would be driven by a newly created and independent Centre for Finance, Innovation and Technology (CFIT), which would have targets such as doubling the number of UK-domiciled billion-dollar startups.

Catherine Birkett, chief financial officer of payments startup GoCardless, said the clusters would be “critically important” to the sector and the wider economy’s post-Covid recovery.

A key part of the Kalifa Review focused on delivery of its recommendations, which would be led and overseen largely by the government-backed CFIT. But in order for that delivery to happen, the UK must be seen to take centre stage among its international counterparts.

Part of this delivery would include an international action plan for fintech, the report suggested, which would combine public and private sector priorities and identify new sectors and markets with the potential for scale. This would be supplemented by an International Fintech Taskforce, led by the Department for International Trade.

“If [post-Brexit equivalence] is not possible, it will be imperative for the government to negotiate attractive individual contracts with trading partners worldwide – opening up international trading and talent corridors to strengthen the industry’s hand outside of Europe,” said Birkett.

Meanwhile, the lack of passporting rights — the recognition of UK financial authorisation in Europe — after Brexit has been a particular pain point for the fintech community. To solve this, the report recommended the creation of a Fintech Credential Portfolio to help beef up startups’ international presence in areas such as identity verification, regulatory compliance and evidence of incumbent-backed partnerships.

“The loss of passporting and the denial of equivalence for financial services is deeply problematic for UK fintech after Brexit,” said Charles Delingpole, chief executive and founder of financial risk startup ComplyAdvantage. “Therefore, economically it is absolutely crucial for anything that can be done to resolve the situation.”

“As jobs in financial services are changing the sector and employing a lot of people, [fintech] underpins financial services and also our place in the world because it’s bringing innovation into mainstream banking,” said Kalifa. “The recommendations of this report are very much about an industry of the future.”

What channel is Man Utd vs Burnley? Kick-off time, TV and live stream details
3 seconds ago 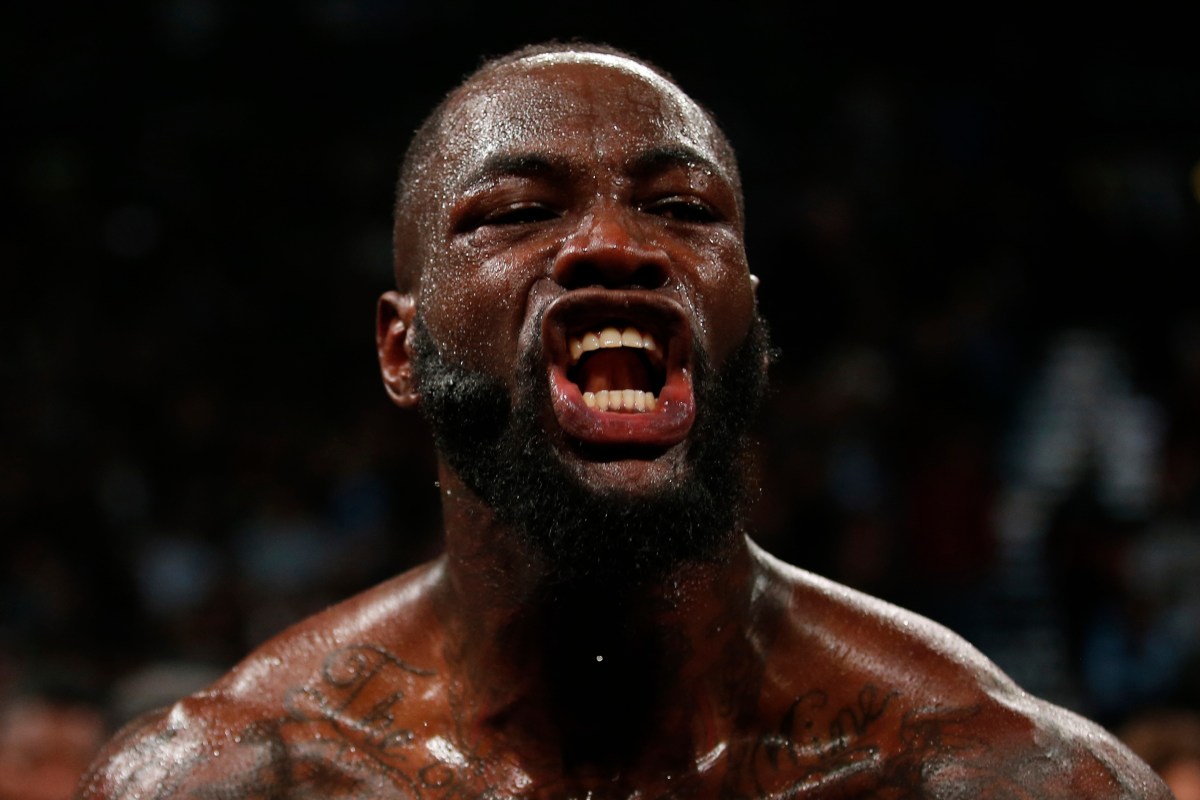 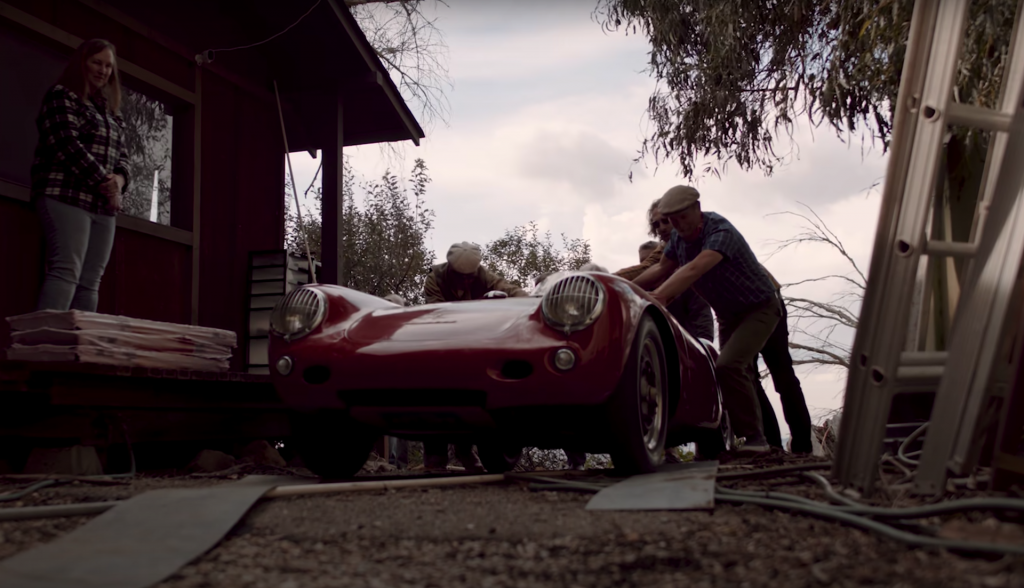