A lot has been said about the gender inequality in funding startups. Although the numbers are clear – as per HBR in 2020, women-led startups received only 2.3 percent of the VC funding – we are yet to understand the real drivers behind those statistics. As an angel investor, I would say that there are a few interesting trends I have witnessed over the last five years:

VC funding by default goes to startups that are likely to scale fast and provide tremendous return on investment. Most VCs are hunting for startups that are likely to provide more than 100x ROI or hundred times return on invested capital over a relatively short term of time. Revolut is a good example as the company reached USD $33 billion valuation in its short six-year life (Revolut was founded in 2015).

However, most female founders I meet and speak with are not tech-oriented. Organic farming, fitness meals for busy professionals, mental health counseling, sustainable fashion, lactose-free dairy products are a few examples of female-led ventures. Although these are all brilliant ideas that have the potential to become profitable over one to two years, they can hardly scale as fast as Revolut. Hence, these ventures are funded by sources other than VC funding, normally family savings or government grants.

In general, startups have two to five founders. If just one of them is female, statistically the venture is not represented as a female-founded startup as the female founder does not hold the majority of the shares. Based on publicly available data, it is hard to conclude if diverse startups have better chances of getting funded versus all-female or predominantly female-founded startups.

Female founders tend to be shy.

You have only one chance to make a good first impression and this is especially valid for pitching to investors. Confidence and good presentation skills can open the door to the next meeting. On the contrary, a really great business idea that has potential to scale fast can be overlooked and neglected if not presented well. Unfortunately, in a number of cultures around the world, many female founders are not so confident presenting and answering tough questions.

A few years ago, I was invited to speak to female founders incubating their startups at a university lab in India. Most of them were technically savvy engineers who had all the skills and persistence required to succeed. Yet, they did not feel comfortable presenting their ideas to a friendly female angel investor who was there to help them improve their pitches, not to aggressively question their business models.

In reality, most VC partners tend to make all founders, regardless of their gender, feel uncomfortable during the pitch. Taking founders out of their comfort zone and monitoring their response to stress is part of the evaluation criteria. This approach might be valid in the U.S. and Europe, but definitely needs to be adjusted when speaking with female founders from Asia and the Middle East to improve their chances of getting funded. Culturally, they are likely to feel uncomfortable presenting to an all-men panel of investors. Taking them out of their comfort zone even further tends to discourage them instead of motivating them to perform at their best.

Yes, bootstrapped unicorns do exist. Venture capital funding is not necessarily a pre-requisite to the success of a startup, although VC funded startups are most likely to see spectacular valuations early on in their lives just like Revolut. The catch is that many funding rounds and impressive valuations are not a guarantee for the success of the company. In fact, some of these companies fail to reach profitability in time and raise the next funding round at a much lower valuation. WeWork is a good example as the company’s 2021 valuation is just about 20 percent of its 2019 SoftBank valuation.

Some examples of bootstrapped unicorns include Zoho, Mailchimp, Mojang and Atlassian. Some of these companies later opted to go through an IPO, others are still private. As private companies usually have no publicly available valuation (as they never raised funding or went through an IPO), it is hard to estimate how many of them are out their. The very fact that they exist is exciting to those founders that have limited access to VC funding due to a variety of factors.

The journey of a female founder.

Building a bootstrapped unicorn is a tremendous challenge but that’s what motivated me to start Transformify in 2015. Unlike many female founders, I had the privilege to say ‘’No’’ to VC funding as I had a successful management advisory company and savings that were used to fund the company in its early days.

I had access to VC funding, so why did I opt to take on excessive risk and bootstrap my venture?

Although my reasons might not be the reasons of all founders who decide to bootstrap their venture early on, some of them tend to be valid in most cases.

At a pre-seed stage, all the angel investors have on the table is the background of the founding team, the problem, the proposed solution, the potential market size and a PowerPoint presentation. Early on, the risk is high and depending on the geography, most founders see their valuation around EUR €2 million in Europe and up to USD $5 million in the U.S. (there are exceptions, of course).

In Asia, Latin America and the Middle East, these figures are likely to be much lower. Raising a funding round early on somewhat mitigates the risks for the founders, but inevitably leads to much higher dilution if compared to founders that raised their first funding round once the company generated revenue. In a way it is fair as the investors also take on big risks at a very early stage.

In my case, I had enough cash to support the company until Transformify reached profitability in 2019 and I still own 96 percent of the company, which is rare in general, let alone for female founders.

No publicly available valuations to benchmark.

Back in 2015, all-remote companies empowering the future of work and enabling businesses of all sizes to hire internationally and transfer cross border payments were rare. We were yet to see the USD $1 billion valuation of Remote.com or the multiple funding rounds of Deel as both companies were founded much later. Having no clear benchmark makes it harder for the founders to justify the proposed valuation. Also, there are market trends and the best moment to raise funding in most cases is when your direct competitors do so.

A funding round means not just cash into your bank account, it often means that the investors have a certain level of control over your daily business and decision-making process. In some cases, this may lead to tension and slow down, in other cases it may even pave the way to failure. Of course, there are plenty of examples of well-managed investor relations. If the founders choose to go off the beaten route, it is often much easier to convince potential investors to back their strategy once the company generates sufficient revenue or becomes profitable.

To boost brand awareness and scale fast, Transformify offered its HR  software for free. Until 2019, we monetized only our referral program and did it on purpose. This strategy allowed us to enhance our social impact and engage in activities providing remote jobs to disadvantaged youth, victims of domestic abuse, refugees and people in need in general. Had I raised VC funding early on, this strategy would hardly receive an approval.

Government grants can be particularly good as they don’t lead to dilution. It is a myth that it is much harder to obtain grant funding versus VC funding. The truth is that in both cases the founders need to do their homework and follow the rules. There are companies like Newable that provide guidance on grant writing and tremendous support after receiving the grant.

Not much information is available about corporate incubators and R&D labs. Many established businesses like SAP, Raiffeisenbank, Oracle, Nestle, Visa, Mastercard,  etc. invest in their own startup incubators in search for the next big idea. Usually, they support the development of the MVP or become pilot customers of the incubated startups. Usually, their take on startups’ equity is minimal and the participation in such programs does not result in significant dilution for the founders.

Female founders may face challenges when raising VC funding for their ventures but those challenges shall not discourage them. There are alternative sources of funding and enough examples of bootstrapped companies that reached unicorn status and valuation exceeding USD $1 billion. 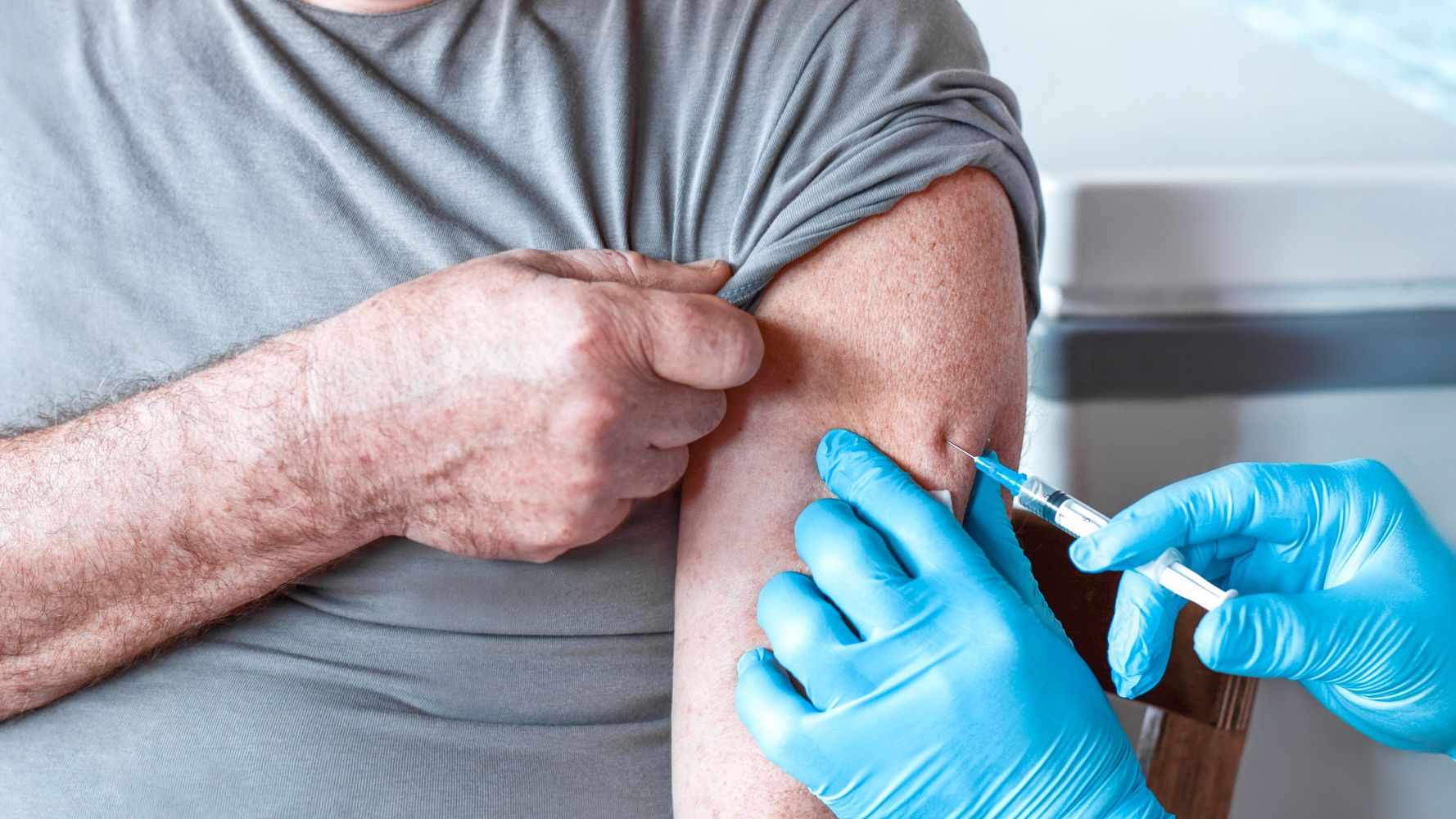 Autumn Vaccines Are Coming, Here’s What We Know About Them
4 mins ago

Autumn Vaccines Are Coming, Here’s What We Know About Them