Apple and Facebook are publicly sparring over Apple’s new privacy feature in iOS 14–which could have major consequences for Facebook’s bottom line. The change could crimp the impact and cost advantages of Facebook ads for small businesses.

Apple’s new operating system, iOS 14, introduced in June, requires apps to ask users’ permission to track them, which many users are likely to decline. Facebook said could tank their Audience Network advertising by 50 percent. The company has claimed the move will hurt small business owners the most. They’re more likely to rely on targeted social media advertising, especially during the coronavirus pandemic. In contrast, Apple is leaning on its reputation for protecting user privacy.

Here’s a timeline of the dispute.

At the annual Apple Worldwide Developers Conference, Apple unveiled the iOS 14 operating system and announced that after downloading iOS 14, iPhone users will have the option to remove their Identifier for Advertisers (IDFA) for each app they download. An IDFA allows companies to see if their advertising is actually working.

In July, David Wehner, Facebook’s chief financial officer, made one of the company’s first statements about Apple’s new feature and called targeted advertising “a lifeline for small businesses.”

In August, Facebook wrote in a company blog post that iOS 14 would hurt advertisers and make the Audience Network program almost unusable. “Facebook’s extremely profitable business model is most vulnerable when people start to realize exactly how much information the company collects, and the ways it monetizes that information,” writes Inc. columnist Jason Aten.

In September, Apple delayed the deployment of the privacy feature to 2021.

In December 2020, Facebook took out ads in major newspapers again decrying Apple’s move as a hit to small businesses, a “desperate” move. In a Tweet, Apple CEO Tim Cook previewed the opt-out message and wrote “We believe users should have the choice over the data that is being collected about them and how it’s used.”

We believe users should have the choice over the data that is being collected about them and how it’s used. Facebook can continue to track users across apps and websites as before, App Tracking Transparency in iOS 14 will just require that they ask for your permission first. pic.twitter.com/UnnAONZ61I

In Facebook’s Q4 earnings call, Zuckerberg calls Apple a “competitor.” But on January 28, Cook appeared to lash out at the company in a speech in Brussels marking International for Data Privacy Day. Cook said, “If a business is built on misleading users on data exploitation… then it does not deserve our praise. It deserves reform.”

“Looks like it’s no more Mr. Nice Guy,” on the part of Cook, writes Inc. columnist Justin Bariso, suggesting it might be time for the social network and others to rethink its data practices.

In early February, Facebook was said to be considering an antitrust lawsuit against Apple for its App Store practices, according to The Information. Facebook also began testing its own popup to ask for consumer’s permission to “get ads that are more personalized.” And, this week, Zuckerberg told employees the company needs to “inflict pain” on Apple, according to reporting by The Wall Street Journal. Finally, the company announced a campaign called “Good Ideas Deserve To Be Found” that argues personalized ads are vital for small businesses reaching consumers.

Facebook and Apple both claim a moral high ground in this situation, one as a defender of consumer privacy and the other as a champion of small businesses against large monopolies. But each has its own antitrust troubles: Facebook faces a Federal Trade Commission lawsuit and Apple is looking at one from the European Union. And, on February 4, Senate Judiciary Chair Senator Amy Klobuchar from Minnesota introduced a major antitrust bill that could impact companies like Facebook, Apple, and Google.

According to Bloomberg, the history of Apple and Facebook sniping at each other publicly is a long one. In 2018, in the wake of the Cambridge Analytica data-breach scandal, in which Facebook faced backlash over the firm selling “psychological profiles” of voters in the U.S. and Britain. Cook said on MSNBC he “wouldn’t be in this situation.” In response, during an interview with Vox, Zuckerberg defended Facebook’s funding model: “If you want to build a service which is not just serving rich people, then you need to have something that people can afford.” 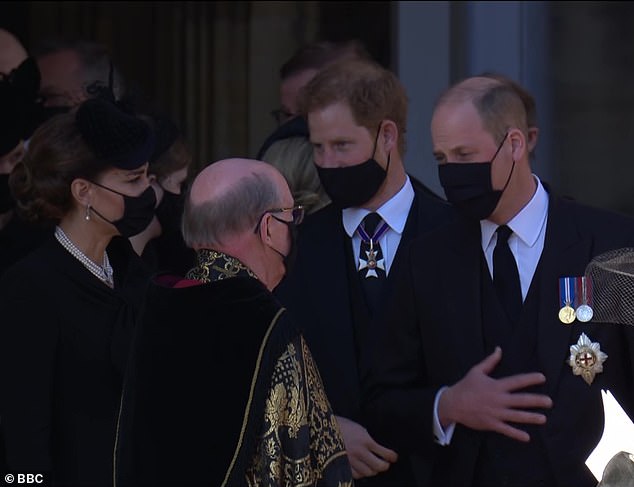 William and Harry’s reunion at Philip’s funeral ‘would have warmed Diana’s heart,’ biographer says
6 mins ago