One of the things I most enjoy about my career is the opportunity to meet from all over the globe and all walks of the life. The stories are fascinating. Recently, I was introduced to Dr. Jim Hengst after being told by three people that I had to meet him. The more I learned about his story, the more I found it both inspirational and aspirational. Because so many marketers dream of starting their own company, I thought I’d share the story in two parts. The first part is how Hengst went from a modest beginning to building a multi-hundred-million-dollar biotechnology firm. The second article is how this growth was in part due to Hengst’ ability to understand key marketing principles. Below, I share Hengst’s story.

Kimberly A. Whitler: I’ve now heard from several people that I must hear your story. Can you start with the early years and describe what life was like in the Hengst household?

Dr Jim Hengst: When I was born my parents were both Navy Officers. Dad joined the Navy straight out of high school in 1938. His first day, an officer strolled into the barracks and asked if anyone knew how to type (for young people, this meant on something called a typewriter). Dad had taken typing in high school and he told me while everyone else was running PT and digging latrines, he was in an air conditioned office. He ate lunch with the officers and they convinced him to take the OCS exams (officer candidate school). He was then sent off to the King’s Point Merchant Marine Academy and in 3 years got his BSME. He spent the rest of the war as an engineering officer on freighters in the North Atlantic and on submarines in the South Pacific. At some point he was wounded or injured and ended up in the hospital where my mother, a Navy nurse, and he met. Dad left active duty, ended up as head engineer at Pabst in Peoria Heights and that’s how I ended up in Washington IL. Dad was a great influence…spent a lot of time with me and my brothers and was our scoutmaster for a long time. I remember, once a year dad would leave on Saturday morning and come home that evening covered in black crap. Pabst had 6 coal fired boilers that provided steam and electricity and once a year they’d shut them down, send teams inside with steel brushes to “scale” them. The boilers were still over 120 degrees. It was the dirtiest, nastiest job they had. On Saturday morning Dad was the first in, the last out. He told me “You can tell people you’ll never ask them to do something you won’t but that’s not good enough, you have to show them you mean it.”

Whitler: After high school, how did you become an innovator?

Hengst: I grew up a middle-class existence in Washington, Illinois. For perspective, the “big” city near Washington is Peoria, Illinois, roughly 180,000 strong.

I chose Eureka College, a small liberal arts school in the middle of Illinois – best known for having graduated Ronald Reagan — because I could live at home, commute, and work full time. I worked second shift at St Francis my first two years and at Protocor Hospital, the third shift during my last two years.

My sophomore year at Eureka, we got a new chairman of science and mathematics, Steve Binkley. I worked full time and another 12 hours a week with Steve. One Saturday, Steve and I spent most of the day cleaning out a chemical storeroom. At the end of the day he invited me to his house for burgers and beers. I was in the living room looking at his bookcases, and I saw Binkley, Binkley, Binkley. His wife, Lois, came out of the kitchen with another beer and I asked her if Steve had written all these. She told me he had written some but edited most. I asked her what Steve did before Eureka and she told me he was chairman of Biochemistry and Dean of the graduate school at U of I. I told her how impressed I was. She said if I really wanted to be impressed, I should look at this picture. It was a picture of Steve and three other guys accepting the Nobel Prize. Steve was a humble guy and never blew his own horn; he had an inner comfort. I learned a lot from that.

When I got ready to graduate I went to Steve, told him I wanted to follow in his footsteps, and asked him what he’d do if he were me. He told me to go to U of I and work for Sheldon Dray in the Microbiology Department. I applied for the program and was rejected. I went back to Steve with a “what now?” He told me to sit down and picked up his phone. A few minutes later he told me Sheldon sends his congrats on being in the program and he wanted to meet me in Chicago on Monday for lunch.

Whitler: What happened after college?

Hengst: While I was in grad school, I couldn’t work a regular job, traveling downtown Chicago every day. I worked weekends for my uncle Henry who had a company outside Chicago. Henry was an interesting guy. Captain of his basketball team in Kentucky all four years, all state three years. He had full scholarship offers to U o K and U of Louisville but he told the family he wasn’t going to college. He moved to Chicago, became a welder, a year later he’d saved enough to buy his own welding rig and started hiring people. Today, you drive through IL and a lot of the overhead highway signs and bridge supports are ones his company built. He told me once “It doesn’t matter what you do in life, find one thing you like and work to be the best”.

That lesson has served me well.

I spent 4 years as Sheldon’s grad student, had 12 publications, and Sheldon handed me off to Malcolm Mitchell, head of the Norris Cancer Center at USC where I had 12 more publications.

I got fed up with academic politics and went into the private sector. My best job was at Boehringer Mannheim (Now Roche Diagnostics). I was hard-working and was fortunate to be identified as one of their “golden boys” who they wanted to groom for senior management. I was given formal training in finance and a slew of other things. Then I got into senior management and left. I still remember looking in the mirror one Friday, tying my tie, shaking my head thinking I’ll be glad when today I’d over. That’s the minute I decided to leave. I wasn’t enjoying life.

I took the job as president of Cellular Products in Buffalo, NY. A few years later I acquired the company and it became ZeptoMetrix. For the first few years I worked, ate, and slept. I borrowed as much as I could and maxed out my credit cards, all because I believed in what I was doing.

Fast-forward. Here we are sometime later and I’m very fortunate to have built and sold what would be considered a successful company. ZeptoMetrix was a rip-roaring success, mainly because of the great hires I made. Although we sold the company for hundreds of millions of dollars – and I was half owner – I never did it for the money. For me, it was the professional challenge.

Whitler:  I know you don’t want to talk about this, but I was told by a mutual friend who insisted I talk with you that you have been very generous to your alma mater. He shared with me a story about what happened when Covid hit. At Eureka College, the coaches needed $100,000 immediately to cover Covid testing for the players. My understanding is that you were the first and last person they called for the money. I won’t bring up other philanthropy, but my friend indicated this is the tip of the iceberg regarding your generosity.

Hengst: You are right. I don’t like to talk about it. I’m just glad that we were able to protect the student-athletes.

Whitler: OK, let’s shift gears. For people who want to be a successful entrepreneur, what advice would you give them?

1. Surround yourself with employees who are far brighter and more talented than you. Take an interest in them and their careers and help them. Put your ego in your back pocket and be a mentor. Make sure your employees have the best training you can afford.

2. Be prepared to make major sacrifices, financial and personal. If you want a 40-hour work week, work for somebody else.

4. You will fail and you will fail often. View those failures as simply professional challenges, learn from them, move ahead, and make sure you put things in place so they don’t happen again.

5. Be a simple, honest, down to earth person. When people address me as Dr. Hengst, I correct them and tell them “I’m Jim”. In difficult situations, if you are honest and simply say here’s what I see, it usually resolves things quickly.

6. Don’t expect to live on investment money…..and don’t give up any more equity than necessary…..once you’ve given 50% you are no longer the boss. 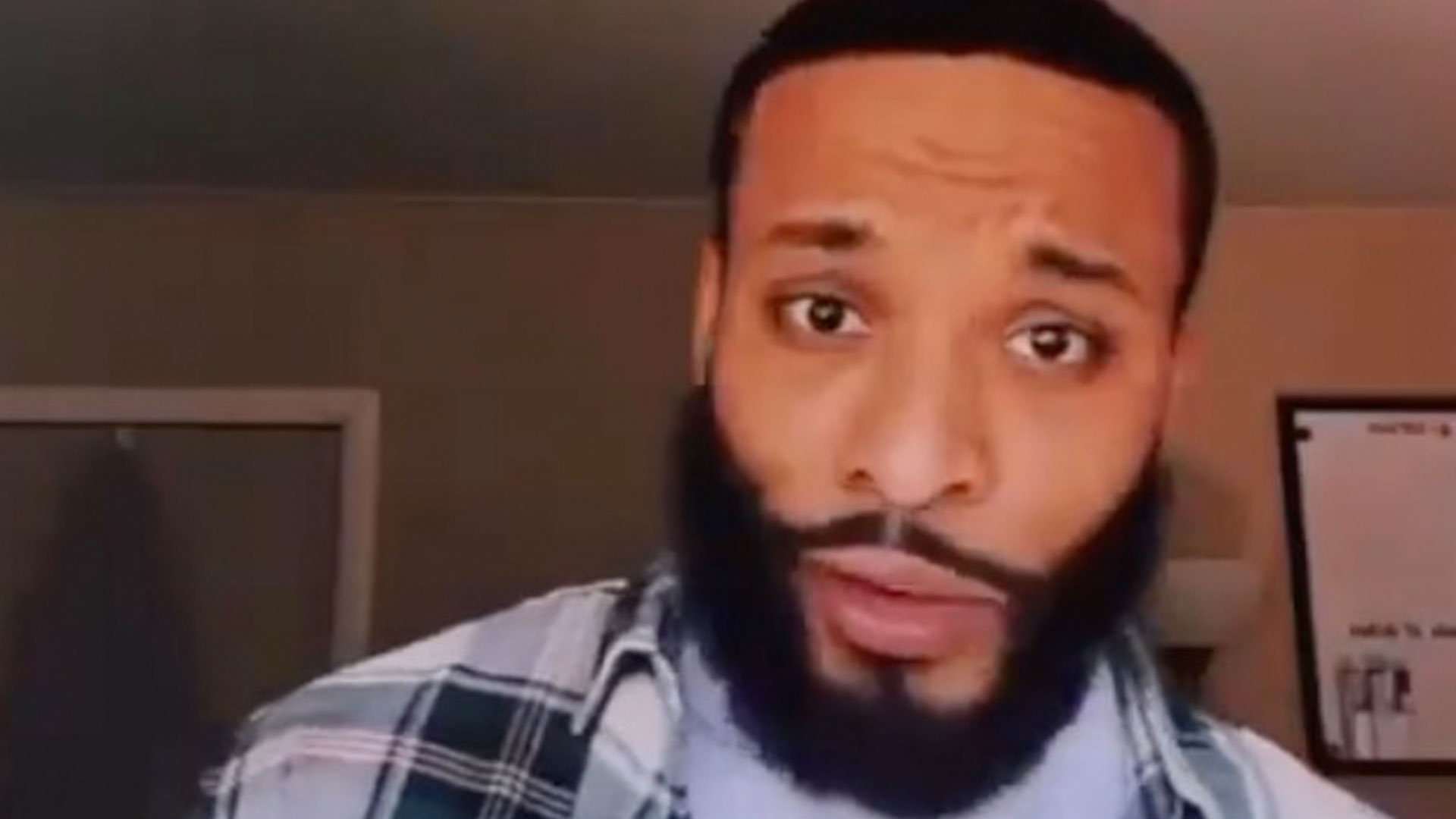 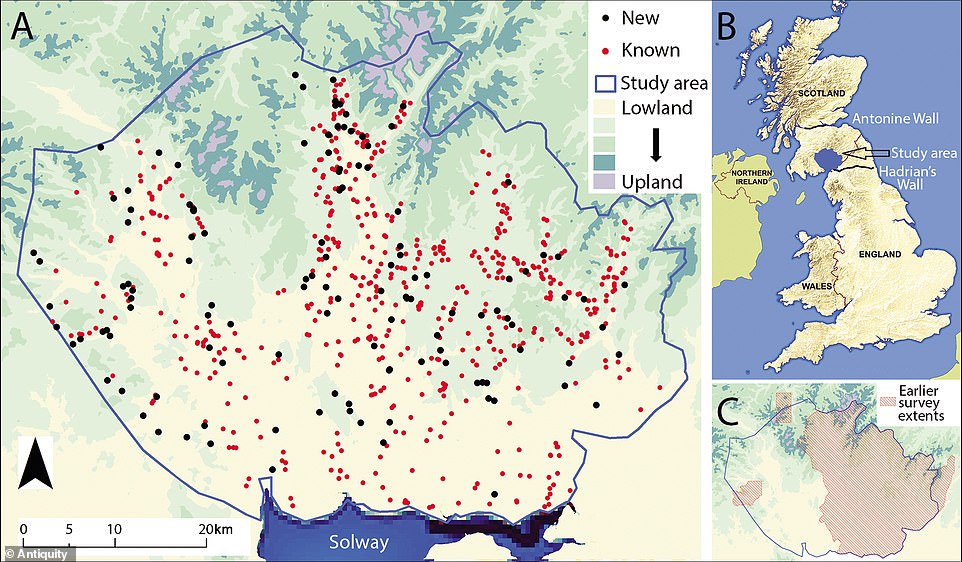 LUNA Investor Arrested for Knocking on Do Kwon’s Door After Losing $2.4 Million in Terra Crash – Featured Bitcoin News
3 mins ago