Welcome back. Do you work in an industry that has been affected by the UK’s departure from the EU single market and customs union? If so, how is the change hurting — or even benefiting — you and your business? Please keep your feedback coming to [email protected].

Spare a thought for Ireland, piggy in the middle as the UK and EU continue to fight it out over the terms of a fudge to keep Northern Ireland in the EU’s single market for goods after Brexit.

Dublin’s politicians say they have spent years cajoling the EU and the UK to play nice so they can hammer out a palatable solution to the almost unsolvable problem of how to avoid a post-Brexit border between Northern Ireland and either the Republic or the rest of the UK.

The Northern Ireland protocol was supposed to be that solution. It allowed goods to flow freely between Northern Ireland and the Republic, as long as there were checks on goods flowing from Great Britain to NI.

Unfortunately, that solution is falling apart, amid fierce opposition from unionist politicians in Stormont and leaders in Westminster. People in Dublin and Brussels are growing more frustrated by the day.

“We spend a lot of time second guessing what the British government is trying to achieve,” says Neale Richmond, European Affairs lead for Fine Gael, the second biggest party in Ireland’s power-sharing government.

One of the most recent affronts was an article penned by Northern Ireland secretary Brandon Lewis and Brexit minister David Frost, who argued that there was a risk to Northern Ireland’s peace deal unless a “new balance” was found for the protocol.

“Really unhelpful,” Richmond says of the piece, which was published after the EU agreed to push out grace periods so that various customs checks would not have to be carried out for a few months.

Etain Tannam, a Trinity College Dublin academic who has been following Brexit closely, says the UK’s approach to the protocol has made it harder for Ireland to urge the EU towards flexibility.

“There are a number of member states and the European Commission itself that feel more reluctant to be flexible in the face of the UK’s behaviour,” she says.

A pertinent question is just how flexible Ireland wants the EU to be.

The Democratic Unionist Party, the biggest in Belfast’s power-sharing administration, has made much of the fact that irreparable damage is being done to North-South relations by Dublin’s failure to help repeal or overhaul the protocol.

“It’s not in Ireland’s interests to chase the nonsense the DUP are talking about,” says Richmond, whose party leaders have come in for fierce criticism from the DUP for using pictures of IRA bombings to persuade Brussels of the catastrophic implications of a hard border on the island of Ireland.

The DUP’s seven demands for the protocol’s overhaul includes no checks for goods coming into Northern Ireland from Great Britain and staying there, and giving Northern Ireland’s people a “say in making the laws which govern them”, including those on the EU’s single market.

Michael Collins, a former Irish ambassador to the US and Germany who now heads Dublin’s Institute of International and European Affairs, says Ireland has been “as helpful as we can be” but that there are limits.

“The one thing we cannot do is to seek to persuade the EU to take action which would in any way undermine the integrity of the EU single market,” he says. “First of all they wouldn’t do it, and second of all it wouldn’t be in our interests because it’s our single market as well.”

Richmond admits the North-South relationship is in a “difficult position”, but stresses that it is much wider than the DUP/Fine Gael relationship, and that many businesses in Northern Ireland want the protocol to work.

Meanwhile, Tannam points out that the North-South relationship has long faced challenges, as unionists felt their identity wasn’t being respected by Dublin’s institutions. “The tensions about the protocol are nearly the straw that broke the camel’s back,” she adds.

The DUP’s latest leader Jeffrey Donaldson originally vowed to boycott meetings of the North South Ministerial Council in protest at difficulties around the protocol, but his first minister Paul Givan still attended a meeting on July 30.

That suggests pragmatism can triumph over the DUP’s more bombastic proclamations.

Whether the same will prove true for the protocol’s discussions is anybody’s guess. Things, including the EU’s legal action against the UK government, are effectively on hold until September. Officials are working behind the scenes to see what, if anything, can be done to address some of the UK (and DUP’s) concerns before grace periods begin expiring in September.

Richmond is hopeful of getting an agreement. Collins is more circumspect on what that might look like. “Brexit isn’t going to end up in a situation where everybody is 100 per cent happy. That’s just not the way Brexit is.”

We hope you are enjoying this email. We would like to hear your thoughts on how you think it can be improved. By filling in this survey you will be able to share your feedback and help us develop the newsletter.

The EU’s planned €7 entry fee for visitors from the UK has generated a predictable amount of outrage this week, but not all Britons are going to have to suck it up.

New data from Ireland’s Department of Foreign Affairs shows that residents of Great Britain and Northern Ireland continue to dominate applications for new Irish passports that will allow them to move freely within the EU.

In the first six months of the year, Northern Ireland and Great Britain residents accounted for 70 per cent of all first-time adult passport applications, roughly the same share they had in 2020.

That is a big jump from the pre-Brexit year of 2015, when 39 per cent of first-time adult Irish passport applications were made by people living in Great Britain and Northern Ireland.

Now, it is becoming increasingly common for Northern Ireland dwellers to hold both. In the first six months of 2021, about 7,500 Northern Ireland applicants put in for their first Irish passports, almost half the 15,100 applicants from the much bigger Great Britain.

One thorny issue that still has to be resolved on the island of Ireland is vaccine passports. Irish passport holders in Northern Ireland are so far unable to access the EU’s vaccine passports scheme (via an Irish document) because they were not vaccinated in the Republic. Political efforts to resolve the situation are ongoing.

In the meantime, Ireland has said its pubs and restaurants will accept the paper versions of Northern Ireland’s vaccine cards for those wanting to enjoy themselves indoors.

A wave of UK government reforms designed to make the City of London more attractive after Brexit has led to finance industry executives cancelling their summer holidays to deal with the workload. “It is overwhelming at the moment,” said one policy specialist at a large British asset manager. After months of informal consultation with the industry, the UK government has now published hundreds of pages of proposed reforms. Attracta Mooney, our investment correspondent, has been through them and reports her findings here.

The wrangling between Brussels and Big Tech has taken a notable step up over the past year, writes EU correspondent Javier Espinoza, after the EU launched antitrust probes into Google, Amazon, Facebook and Apple. But critics of the US tech companies say legislation and tougher policing — not fines — is needed to force change. They believe draft legislation, scheduled to be passed in the first half of next year, will curb the platforms’ powers.

Is Lebanon a failed state? Chloe Cornish, the FT’s Middle East correspondent, has documented the political, economic and social turmoil since an explosion last year in the port at Beirut killed more than 200 people. She tells Gideon Rachman in this podcast how decades of misgovernance led to the current crisis. 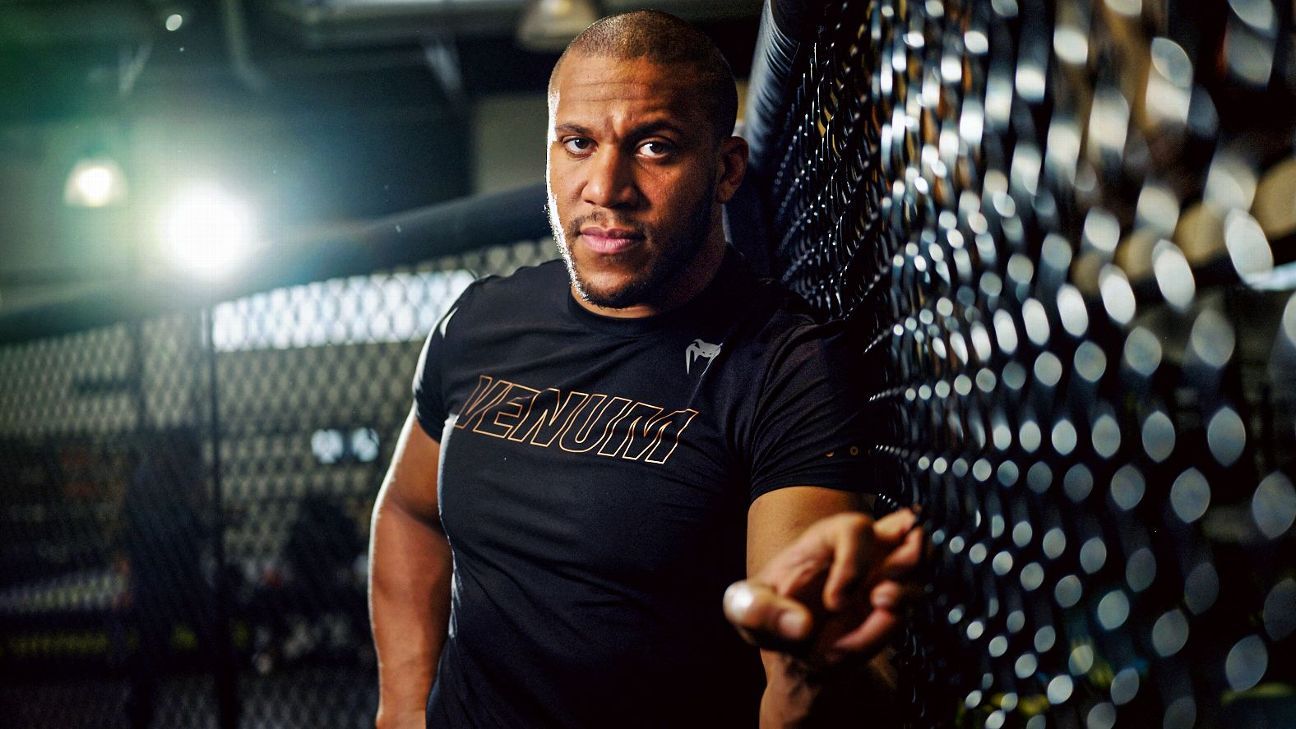 One gym in Paris launched the careers of Francis Ngannou and Ciryl Gane, and a coach’s rift made them rivals
1 min ago

One gym in Paris launched the careers of Francis Ngannou and Ciryl Gane, and a coach’s rift made them rivals 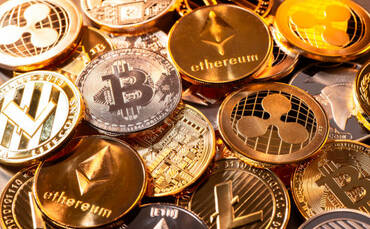 Bank of Russia calls for all-out ban on cryptocurrencies Moscow has the EU over a barrel on energy