France is gearing up for its upcoming EU presidency, with tech regulation flagged as one of its main priorities. So it is perhaps not surprising that French diplomats are actively pushing for a compromise solution on the stalled Digital Services Act that would grant Brussels more policing powers. We’ll explore where things stand and which countries Paris can count on.

Meanwhile, a different set of allies — excluding France — has emerged on the energy front, as nine countries (with Germany on board) have put out a joint statement warning against any changes to the way the bloc’s energy market is constructed. Their position paper comes just as energy ministers are meeting in Luxembourg today, as we previewed here).

And in Romania, the latest nominee to try to form a government is also struggling to cobble together a majority, at a time when the country really can’t afford early elections.

Power to the commission

A group of influential member states are seeking to give the European Commission more powers to scrutinise how Big Tech polices illegal content, writes Javier Espinoza in Brussels. The proposed move seeks to assuage concerns that too much power in the hands of regulators in countries with a questionable rule of law record — notably Hungary and Poland — could embolden a free speech clampdown.

Brussels will be granted more powers as a “super regulator” over Big Tech’s efforts to police illegal content online, in proposals being drafted this week by member states and set to become part of their common negotiating position when the rules are ironed out with the European parliament and the commission early next year.

The new proposals, led by France, would grant Brussels monitoring and supervisory powers over companies including Google and Facebook, said people with direct knowledge of the text, which is set to be added by the end of this week.

French President Emmanuel Macron on Friday said this piece of legislation was moving “towards giving the European Commission a supplementary role to avoid the interminable discussion among origin and destination countries”. (This discussion is in large part what is holding up progress in adopting the new law).

France’s apparent U-turn from previously seeking more enforcement powers at national level comes as some officials worry that even with the toughest laws in place there can still be lax enforcement by very large online platforms — as has been the case in Germany where the country struggled to contain a toxic online environment during its recent elections.

Countries were still arguing over the fine print, but Germany was also backing the proposals, said two people with direct knowledge of the country’s position. The Netherlands is broadly supportive of the measure but diplomatic sources tell Europe Express the country wants to know whether the commission will have enough resources as it takes on new powers.

Luxembourg, where Amazon is based, is also open to the move.

“Giving more powers to the commission . . . is an interesting potential solution for Luxembourg,” said a person with direct knowledge of the country’s position. Its argument in favour of this proposal is that it would help with having a more streamlined enforcement across the bloc. “What matters most for Luxembourg is a well-functioning single market and therefore harmonised rules with a common interpretation and application,” the person added.

However, Ireland, where Apple, Facebook and Google are based, still defends the “country of origin” principle and it is said to oppose this solution. Under current rules, only countries where large online platforms are based in Europe — namely Ireland and Luxembourg — have the power to fine or force platforms to take down content in the so-called country of origin principle. In the case of privacy infringements, this has led to significant inaction on the part of the privacy regulator.

France needs a qualified majority in the council to get an agreement on more powers to the commission.

If agreed, the new proposals will have the commission’s policing powers kick in only in big cases. “We want to avoid the paralysis of the European Commission with it dealing with micro infringements. We don’t want to flood the commission with complaints,” said a person with intimate knowledge of the proposals. Instead, the person said, Brussels would have powers to intervene when there were concerns that a platform was not tackling content in a systemic way.

At a European Central Bank governing council meeting on Thursday, Christine Lagarde is likely to push back against a growing belief among investors that the ECB is underestimating future inflation. Lagarde said last month the central bank was still “pretty far away” from raising rates, in stark contrast with the Bank of England and the US Federal Reserve, which have both indicated they plan to start tightening monetary policy. (More here)

Romania’s prime minister designate Nicolae Ciuca tried in vain yesterday to gather support for a vote of confidence he must pass in parliament for the country to avoid its first snap elections in nearly a century, writes Marton Dunai in Bucharest.

As of last night, Ciuca, a 54-year-old former general and politician of the conservative-liberal PNL party, who served most recently as defence minister, had the backing of no major party outside his own.

Ciuca’s military career included stints in Bosnia, Iraq and Afghanistan, and he is often described as a stalwart ally of the US — a distinction that comes from a country that resents eastern influence in general.

Having failed to restore a three-party coalition that fell apart earlier this month, Ciuca said he was seeking “support for a minority government” — lowering expectations about the ability of his potential cabinet to act beyond crisis management. This comes at a time when the country is battling the world’s deadliest Covid-19 surge, grappling with low vaccination rates and an aggravating energy crisis.

Ciuca has also reached out to the Social Democratic opposition party to seek support for his cabinet. He said last night that discussions included 10 PSD proposals which he said were incorporated into his draft government programme.

Florin Citu, who still acts as interim PM and has retained the leadership of the ruling PNL party, still enjoys the backing of President Klaus Iohannis and plays a strong part in the efforts to try to hammer out a coalition.

Discussions will continue, but if no solution is found, Romania is facing a deepening triple crisis at the onset of winter.

It is essential that we receive these amounts at this moment 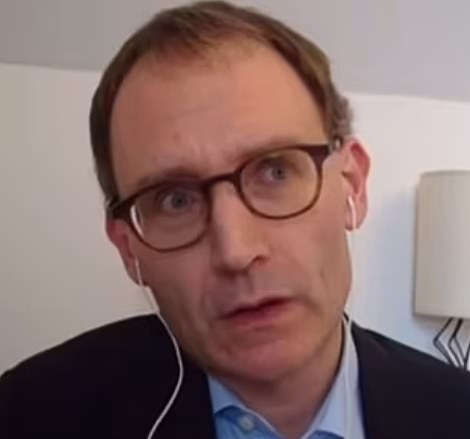 Local council offering tenants £1,000 cash to downsize to a smaller home
1 min ago LEO here to help businesses plan for 2022
2 mins ago Early intervention team hailed for their “phenomenal” work
5 mins ago